2012 year was the year of the 28nm graphics chip wars with both AMD and NVIDIA releasing their GCN (Graphics Core Next) and Kepler architecture respectively. While AMD went for pure processing power with its flagship Tahiti XT chip, NVIDIA opted for clever technologies on its GK104 GPU flagship, such as GPU Boost, which dynamically adjusts core clock speeds according to available power levels.

While NVIDIA held a fairly substantial performance lead over AMD when the GTX 680 was first released, driver updates, and the release of the updated AMD Radeon HD 7970 GHZ Edition card had both cards performing fairly evenly by the end of the 2012. However, while the HD 7970 GHz Edition was able to achieve similar scores as the GTX 680, it did so at much higher temperatures, and with much higher power consumption. Its fans were also very loud in operation. As such, we awarded the win to NVIDIA for its combination of high performance, cool and quiet operating temperature, and low power consumption. NVIDIA also gets credit for its innovative GPU Boost technology, which dynamically adjusts the GPU's clock speed according to the operating environment of the graphics card. 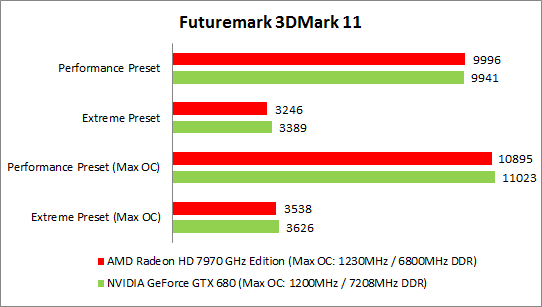 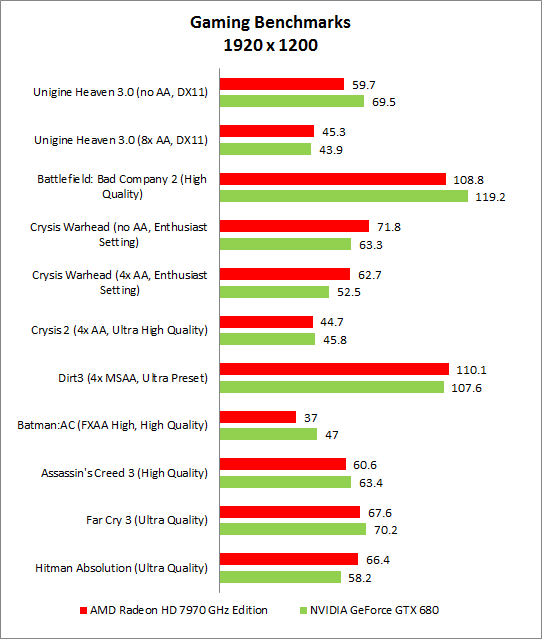 Since our original review of both graphics cards were nearly a year ago, as highlighted earlier, performance standings and price points have since changed a fair bit. As such, we've revised their ratings to better reflect its current state and NVIDIA's GTX 680 is still the victor.