Alas, we only managed to garner three nominees for this category; partly due to the scarcity of these new-fangled quad-channel memory kits and partly due to the late arrivals of some nominees. Whatever the outcome of the case, the show needs to go on. These quad channel memory kits are targeted at rig builders who demand the best for their system based on Intel X79 Express chipset. 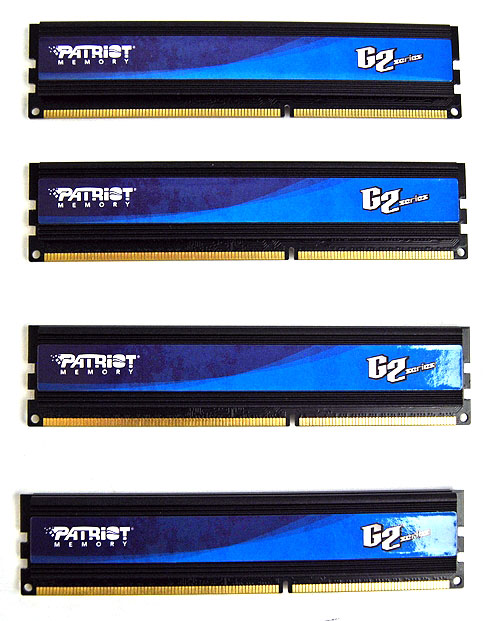 In terms of features, the kits from Kingston and Patriot were pretty similar in terms of their cooling heatsinks. The quad channel memory kit from G-Skill RipJawsZ series looked stunning with its blood red aluminum heatsinks. True to the adage that real beauty is skin deep, we had to put these kits through their paces in order to ascertain their true strengths.

Our test benchmarks pegs them mostly on par; however, the Patriot G2 Series memory kit shone on its overclocking ability. We managed to push its operating frequency to a high of 1720MHz versus 1666.8MHz that was achieved by the Kingston HyperX memory kit. At such overclocked frequencies, the memory bandwidth of the Patriot G2 is approximately 3.6% higher at 40.52GB/s versus the recorded bandwidth of 39.10GB/s of the overclocked Kingston HyperX memory modules.

The G-Skill RipJawsZ memory kit failed to complete two of our gaming benchmarks, as a result, we were unable to ascertain its operating temperature under load. It showed impressive performance in terms of its memory bandwidth; however, due to its glaring failure, it was relegated to the back of the pack. Interestingly, we managed to get It overclocked to 1672MHz, which SiSoft Sandra bizarrely registered even higher memory bandwidth than the competition at 43.05GB/s. Nevertheless, we marked down its performance due to its inability to complete some of our more basic benchmarks. Our experience tells us this is either a board compatibility issue or memory modules that haven't been well qualified with a variety of boards. For your information, our test system used the Editor's Choice Intel X79 motherboard winner, which is the smooth running ASUS P9X79 Pro.

Here are a couple of relevant benchmarks from our test suite: 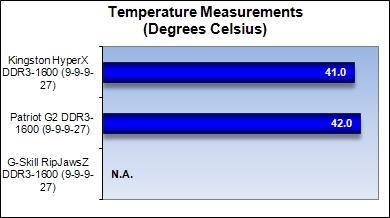 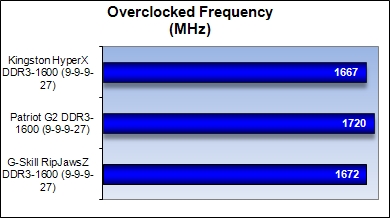