Mobile GPUs are becoming more and more powerful, and with them, some gaming notebooks are starting to rival their desktop counterparts in performance and visuals. Throw in a full HD, 3D capable screen, improved audio and the ability to pack up your rig and take it with you and you can see why many gamers are foregoing the traditional gaming rig in favor of a gaming notebook. 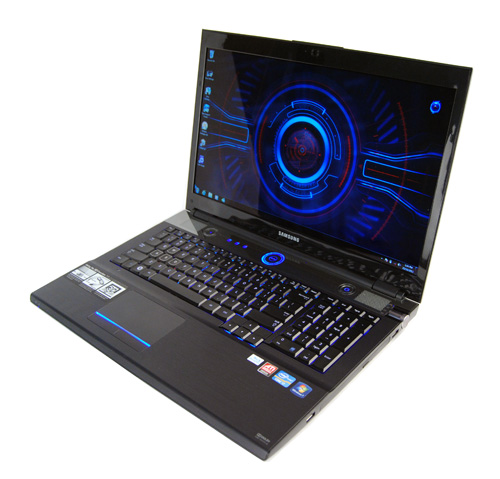 While Dell's Alienware M17X R3 delivered the best benchmark scores, in terms of actual gaming experience, Samsung's Series 7 700G7A was more than up to the task. In our gaming tests, running at full HD resolution, with all settings maxed out, both machines easily hit the target 30 FPS average for the most demanding tests and showed only negligible differences in frame rates. When we turned 3D on, the M17X R3 slightly outperformed the 700G7A, but not by a large enough margin to justify the substantially higher price. We also liked the 700G7A’s sleeker design, superior audio, more comfortable 3D glasses, and lighter weight, all of which gave it a more complete package, and helped it triumph over the M17X R3 as our overall winner. 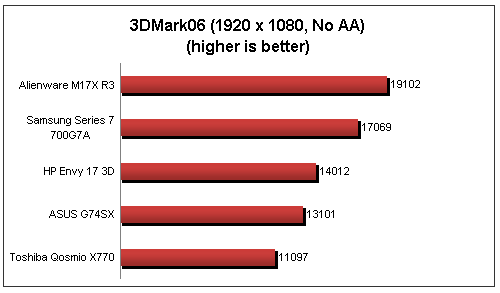 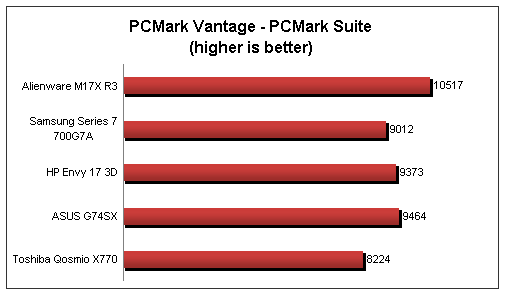 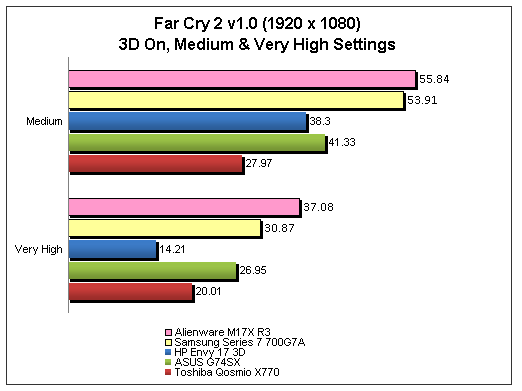 The following is our detailed score breakdown, but we would like to clarify some matters to better understand the ratings for the Toshiba Qosmio X770. Of all the compared notebooks here, Toshiba was the earliest last year to bring about a 3D gaming notebook with the latest Intel Core i7 Sandy Bridge mobile processor. At that point of time, its specs and capabilities were commendable.  However, most of its competitors only made their equivalent offerings available much later in the year. This discrepancy in the evaluation period meant that we had to re-look at Toshiba's offerings as they are in today's context when most of the other notebooks were evaluated in proper. That is why for the purpose of this category's shootout during the Tech Awards evaluation, we had to accord it more appropriate ratings to better match up with the competitors and their capabilities.