Hulk-smashing the mould: An interview with the developers of Marvel's Avengers

The MCU, this is not 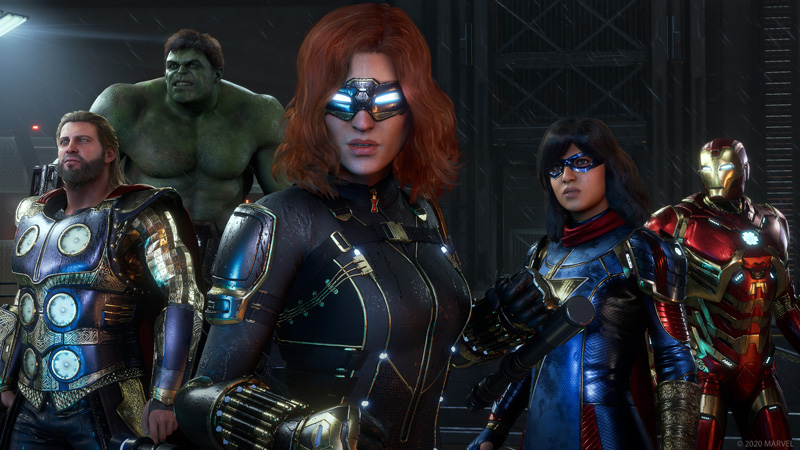 Developer Crystal Dynamics recently showcased Marvel’s Avengers in a War Table livestream, diving deep into its story, mechanics and multiplayer co-op gameplay. If you were confused by the game’s initial half-singleplayer, half-multiplayer presentation, the video probably helped clear a lot of stuff up!

We recently had the pleasure of talking with multiple developers from Crystal Dynamics, who were more than willing to shed light on their exciting new action-adventure game. Without further ado, here’s everything you need to know about Marvel’s Avengers:

Meet the Mechanised Organism Designed Only for Killing

The game’s story kicks off with A-Day - where the Avengers suffer a devastating attack that costs Captain America’s life, and unleashes a strange mist that turns ordinary people into superpowered Inhumans. The Avengers get blamed for the attack, and end up disbanding in disgrace. Fast-forward five years, and superheroes have been outlawed entirely. A new science-based organisation called Advanced Idea Mechanics (A.I.M.) now rules over San Francisco with an iron fist, and the Avengers are nowhere to be seen.

This part of the story has been known for months, but the War Table revealed something brand-new: its villain - George Tarleton, also known as MODOK!  Kamala Khan (AKA Ms. Marvel) has a shady encounter with Tarleton after stumbling onto a conspiracy, which spurs her to reunite the Avengers against him. The floating head of A.I.M. is intent on eliminating the Avengers at all costs, but clearly has much more nefarious plans in the works.

Creative director Shaun Escayg confirmed that although post-launch DLC will add onto the story, it will still come to a satisfying conclusion within this game alone. “The short answer is yes, there will be a satisfying conclusion. The campaign is an original Avengers story with Kamala Khan, where you will journey with her to seek answers for what happened on A-Day - as well as how she got her powers. By the end of the story, you’ll have a full roster of heroes - which is a great lead-in to the multiplayer and online aspects since you’ve already got everyone customised according to your preferences. You’ll then take on the larger narrative, of A.I.M. versus humanity.” 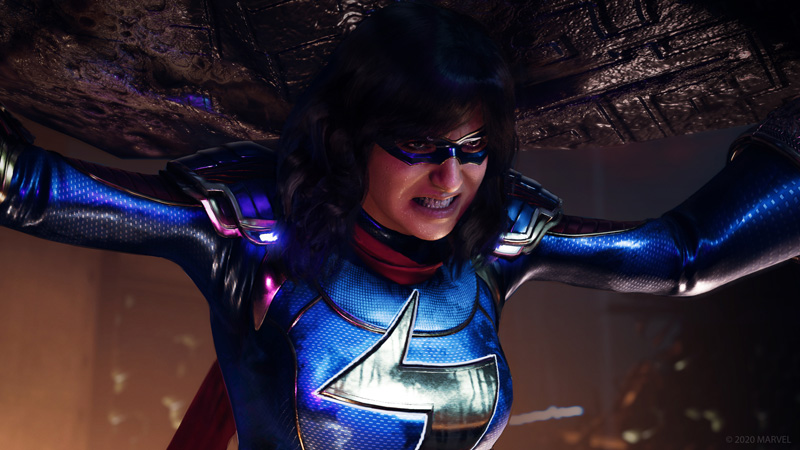 When asked about whether players might get to play as MODOK himself, Escayg said, “It’s a possibility, but right at the moment we’re not going past the initial game. The stage is certainly set for opportunities like that.” Okay, but the Marvel universe is deep enough for other big villains to show up somewhere down the line, right?

Head of studio Scot Amos confirmed as much, saying, “We will add new heroes post-launch - but also, new villains! There will be new stories, new villains and other Avengers-level threats that come after the game’s launch. This is a full story, but the post-game world state will be set up in such a way that you have all these Warzones with different story threads. What else was A.I.M. doing? What else were they researching? What types of new technology were they coming up with? There are some great narrative twists that let us have some fun with how familiar villains might look or act.”

Seeing as the story draws a lot from Marvel’s Infinity storyline with the Inhumans, could we possibly see Black Bolt, Lockjaw, Medusa and the rest of the Inhuman Royal Family show up in the story? Escayg seems to hint that this might be more of a possibility later on. “This is very early in the evolution of the Inhumans. This is literally their birth! After the events of A-Day and the loss of Cap, with people injured and a portion of the population exposed to Terrigen Mist and gaining new abilities… It’s the very beginning of this story and Kamala’s journey as an Inhuman, trying to find her place in an anti-Inhuman world. We’re just setting up that world and that premise. That bigger, larger world of new heroes, villains, stories and narratives - the stage is set for anything, and anything is possible at this stage.”

So, we know it’s an Avengers’ title, and that we’ve got a pretty swell roster of heroes to choose from for our squad. But like any multiplayer game, there’ll always be the issue of some heroes just being innately stronger and more relevant than the others in terms of gameplay and team composition. Naturally, we raised this question to the developers as well, and Crystal Dynamics' explanation of how they decided to go about handling this was actually pretty interesting.

According to the game’s Combat Director Vince Napoli, instead of making heroes for the game, they decided to adopt the stance of making a game for each hero. He went on to elaborate on this somewhat peculiar direction in further detail, saying, “Fundamentally, we knew that each of the playable characters has some unique element to contribute to the fight.

"For example, while Black Widow might not be able to really clear swarms of enemies as effectively as Iron Man can, for instance, she does provide a lot of tactical support such as guaranteed critical hits for the rest of the team, which can be really helpful in some scenarios. Using that approach, we went on to develop and emphasise these unique elements, effectively “balancing” the game out for each character so that when you put together a full team, it feels like you have six different games rather than just one game with six heroes.” 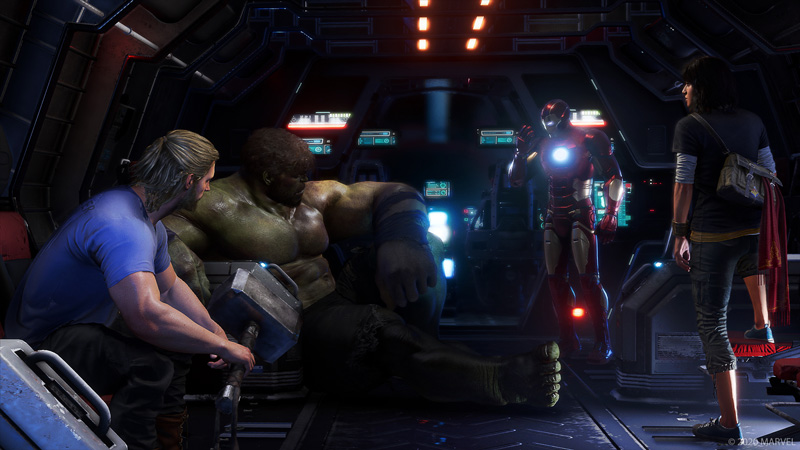 In a way, this makes Marvel’s Avengers feel like a super tuned-up MMORPG, in the sense that there is a more obvious idea of what each character contributes to the team’s strategy, with each approach being tangibly different from another.

Essentially, Crystal Dynamics seeks to stray away from the conventional cut-and-paste role allocation common in many MMORPGs, such as those that say, “He’s a damage dealer, she’s a support. The end.” Judging from the gameplay sequences and what Napoli explained earlier, Marvel’s Avengers is way more dynamic in this sense, and it’s presumably going to be a lot easier for characters to impact gameplay in different ways and in different combat scenarios, instead of just having one or two 'meta picks' steal the limelight all the time.