Note: This article was first published on 9th April 2019. 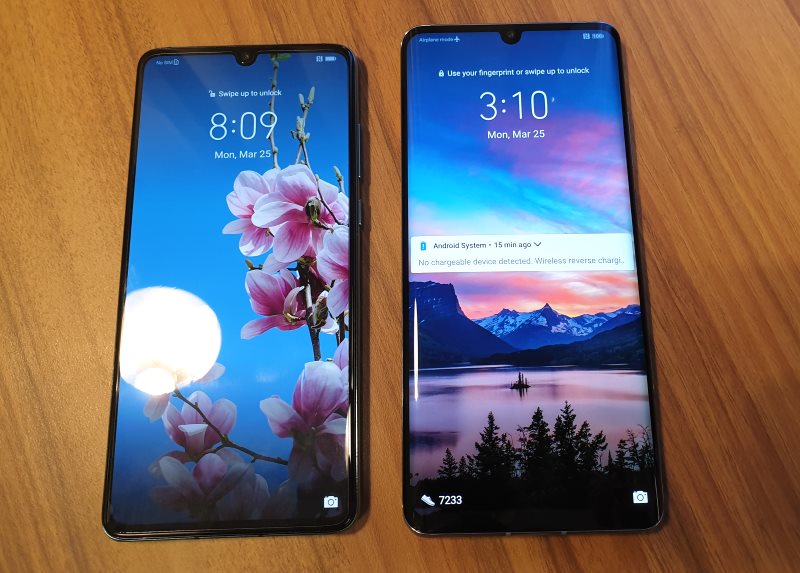 Who's got the best telco plan for Huawei's P30 and P30 Pro phones?

The Huawei P30 and P30 Pro are now available island-wide in Singapore, but if you're looking to ride on a telco contract to help discount the cost of the phone, in this article we find out who's got the best telco price plan deal with a contract and the phone offered at a discounted rate. Don't mind forgoing the discount and prefer a a SIM-only, no-contract plan? Then hop over to our SIM-only, no-contract plan comparison.

At a glance, these are the retail prices for the Huawei P30 models available in Singapore:-

Both the P30 and P30 Pro have the same color choices: Breathing Crystal, Aurora, and Black.

We've a nice gallery article that captures the pertinent aspects of the Huawei P30 and the P30 Pro in detail, plus a preliminary Huawei P30 Pro camera system experience piece here. Meanwhile, the hands-on video below will get you up to speed on everything you need to know about the new Huawei P30 models:-

First off, we'll compare the P30 Pro price plans, followed by the P30 model on the next page.

On a cursory glance, M1 has a better offer for the lower tier plans, but once you go up the scales, StarHub's new plans are generally well positioned - more so with the extra bonus data offered with the Huawei P30 and P30 Pro phones over their other phone bundle offers. Here's our analysis for each tier:-

Value plan category:- It's probably time that the telcos retire these entry-level plans. At their price point and limited talk time and data bundles, you could be better served with a pre-paid card or a SIM-only plan. Not only that, but because the overall two-year cost comes up to be very close to the next category of plans, we don't recommend anyone to get these.

Basic plan category:- This is an interesting category with many different options at play depending on if you need a lot of data or more talk time. StarHub's S$50 2-year plan looks most tantalizing with the extra special bonus data offered - yes, that's double the usual bonus data offered especially with these Huawei P30 phones. It's the most expensive option in this set of plans, but it's also justifiable for what you gain - including the Worry-Free Weekend data.

The more balanced option here is from M1. Its MySIM(e) 40 plan gets you 15GB of data and although the default talk time is limited, the top-up for more minutes are just S$2.50/S$5/S$7.50 respectively for +200/+800/Unlimited talk time minutes. There's even an option top up S$5 for an extra 25GB of data - that's a whopping 40GB of total data for just S$45 a month. Factor that into the total two-year cost of ownership and M1's MySIM(e) 40 looks like a great option too.

Mid-tier category:- Singtel's Combo 3 plan doesn't look as worthwhile as its XO 78 plan in the next tier. Plus, the total two-year ownership cost pans out to be similar to StarHub's plan in the next tier. M1 is an easy recommendation here. Go with their Reg plan if you need a decent balance of talk time and 4GB of data that is fairly sufficient for the average user. Need more data than anything else? M1's MySIM(e) 70 will surely fit your needs and don't forget the talk time add-on options covered above. Corporate plan sign-ups usually don't entertain SIM-only plans, and if you're in such a fix go for the M1 Reg plan and add upsized data at just S$5.90 per month to net you a total of 7GB of data - plenty enough for most users.

Mid-high-tier category:- Singtel's new XO 78 seems like an easy recommendation with plenty of data and free HBO Go subscription, but it's still bested by StarHub's S$75 2-year plan with its overall lowest cost and most data offered. What's clear is that M1's Reg+ plan is not competitive anymore.

High tier category:- Another interesting category, let's walk through the options. M1's mySIM(e) 90 is the cheapest two-year offering, but it's not competitive considering there's very little talk time provisioned. StarHub's S$105 2-year plan has the best overall offer thanks to its ultra generous data bundle, 'free' weekend data and unlimited talk time. Singtel's XO 108 is another close consideration factoring that the big red team gives you almost as much data bundle, but also throws in a two-year HBO Go subscription for a difference of S$100 in total ownership cost.

Premium plan tier:- Once again, StarHub's plan is the best in this tier. M1's Max+ is the cheapest, but given that the savings is under S$50 for over two years on an overall spend well beyond S$5k, its value isn't as apparent.