The Huawei P10 and P10 Plus flagship smartphones are now officially available in Singapore. The Huawei P10 (with 64GB storage and 4GB RAM) will retail at S$798, starting from 1st April 2017 in Prestige Gold and Graphite Black.

The recent Huawei P-type smartphones place huge emphasis on their photography features, thanks to their collaboration with Leica. Ever since the Huawei P9, Leica and Huawei have begun working even more closely for better mobile photography. More work has gone behind the P10 Plus's cameras, such as implementing new lenses, and an overhaul to its algorithms. 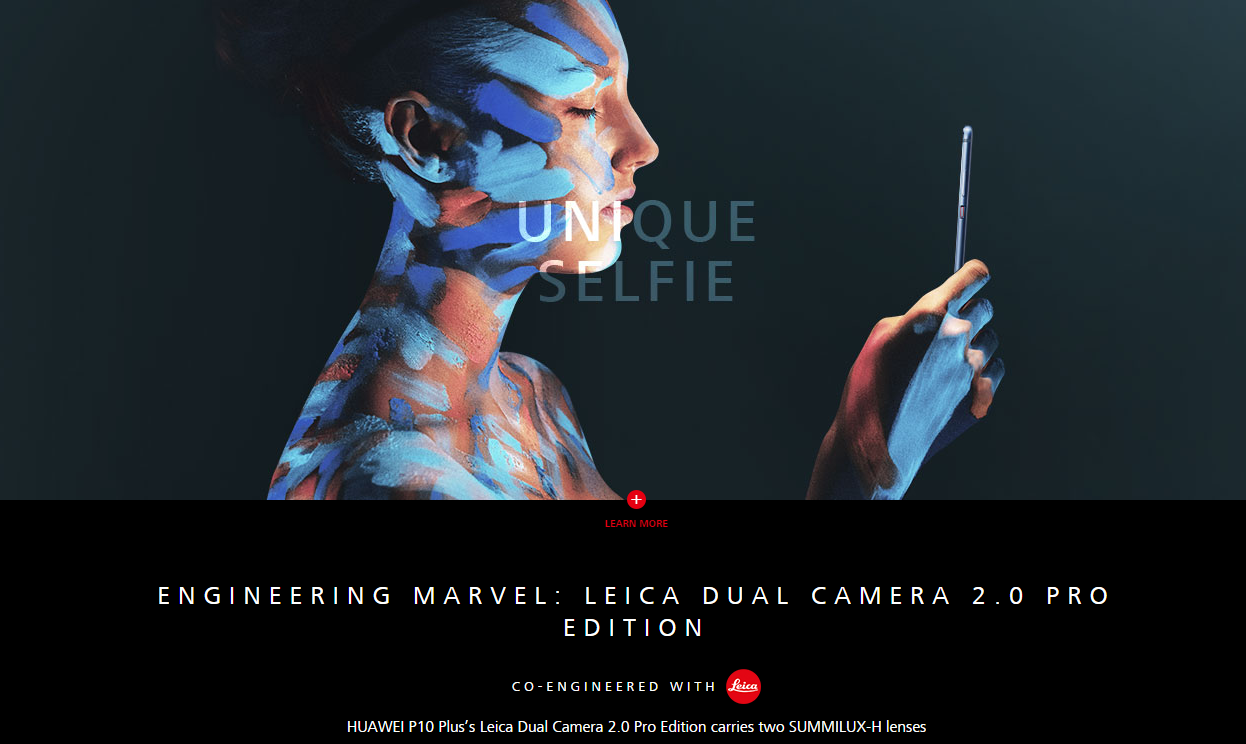 The Leica Dual Camera 2.0 Pro Edition is a combination of various Leica-branded features for all of P10 Plus's mobile cameras. Previously, its biggest innovation was the use of two sensors – one for RGB, and one for B&W photography – and the use of Aperture mode (a returning feature on the P10 and P10 Plus). Now, both phones tout a brand new Leica Portraiture Mode. It works with both the monochrome and RGB sensor, as well as the front camera. The sensors also got a slight upgrade, allowing it to capture 200% more light than its predecessor. 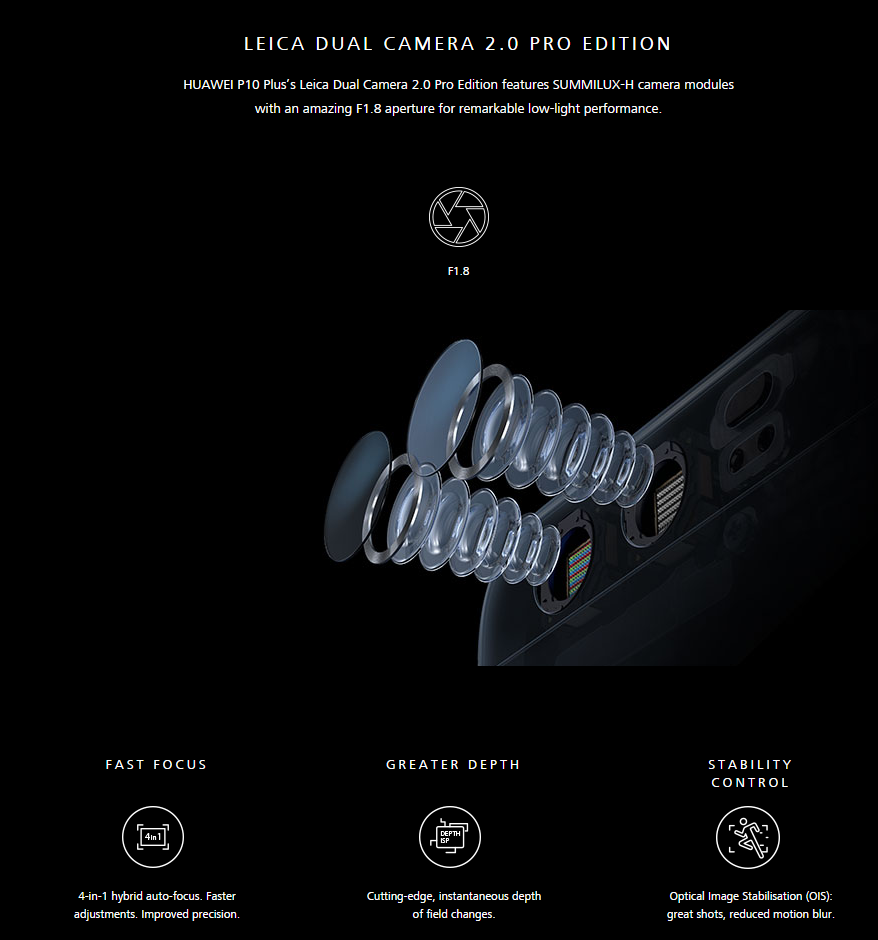 The P10 Plus gets a special mention since Leica decided to use a pair of Summilux-H lenses with f/1.8 aperture for its dual rear cameras. If you're somewhat familiar with how Leica grades their lenses, you'd realize that the Summilux range is two grades higher than the P10's Summarit-H lens. Leica categorizes their lenses based on speed (aperture), and the Summarit-H lenses on the smaller P10 is at f/2.2.

Generally speaking, smaller f-stop values allow more light into the camera when compared to larger values, indirectly implying that the P10 Plus is more capable in shooting low-light areas, on top of granting more natural-looking bokeh effects when shooting at lower apertures. 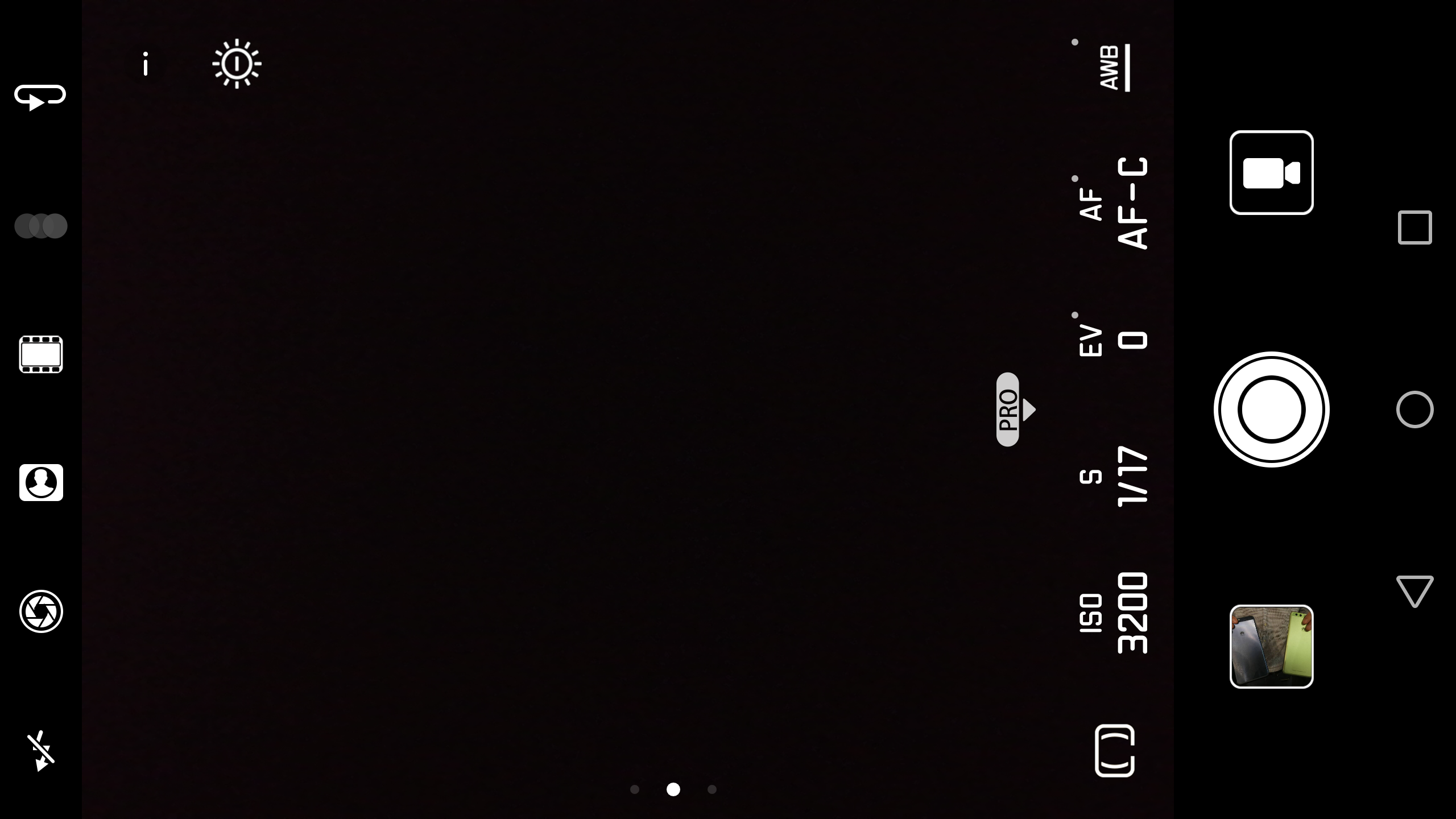 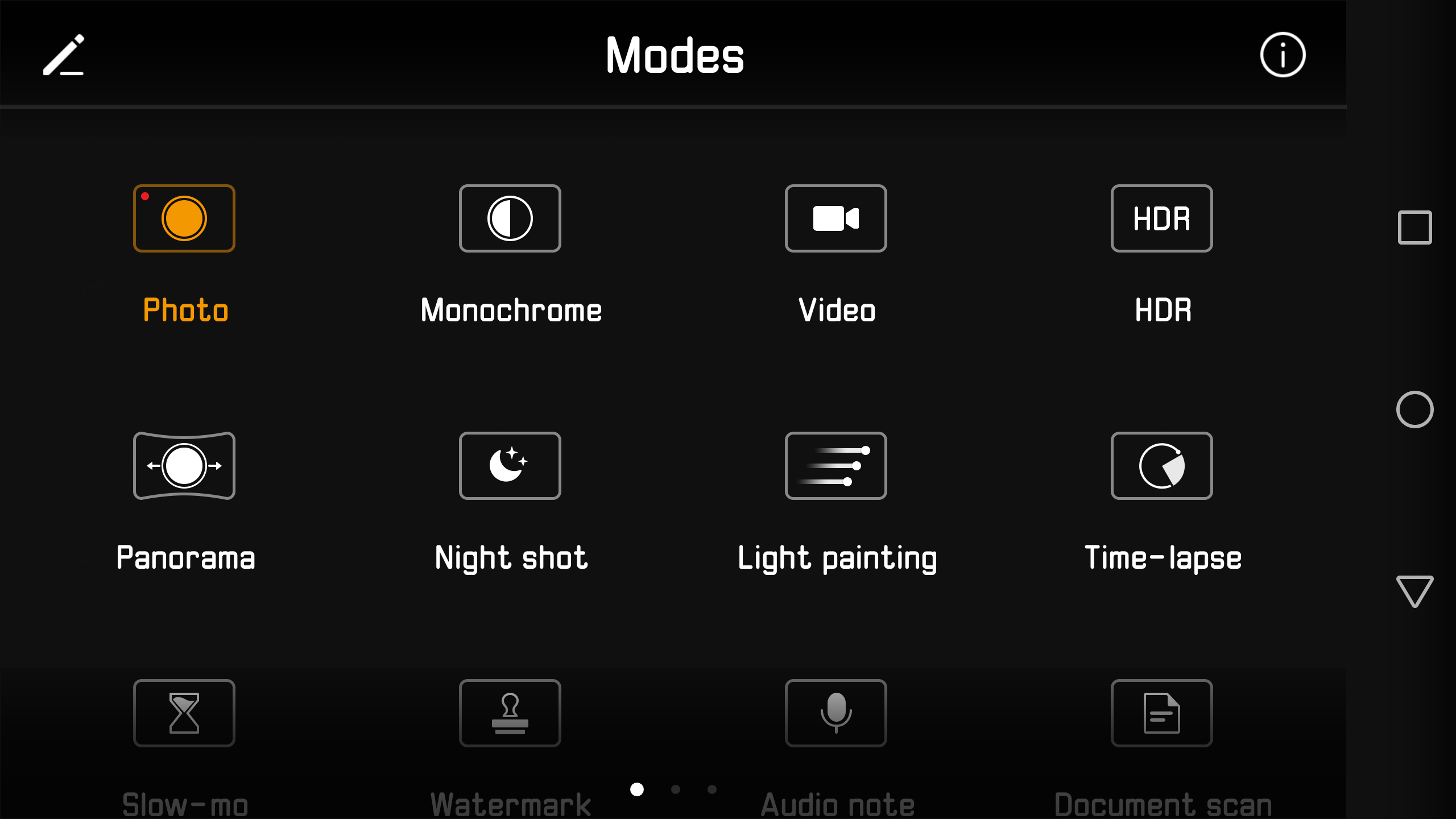 The software changes to the latest Huawei-Leica flagships include Dynamic Illumination and 3D facial recognition. The former would automatically adjust the photo's configuration (AWB, shutter speed, lighting, etc.) while the latter provides more accuracy by defining facial features during photography. Together, they make up the artistic factor that sets apart typical beautified selfies from Leica-styled "portraits".

Another special mention goes to the front camera, which usually does not get as much attention. Huawei took care to give the P10 and P10 Plus a "Leica front camera" that captures two times more light than its predecessors. The front camera is also able to sense the difference between a selfie and group selfie, automatically switching to a wider angle if its the latter. Finally, it also comes with Dynamic Illumination and 3D facial recognition, on top of beautification enhancements.

More sample images and our thoughts on the Huawei P10 Plus's camera performance can be found on the following pages, so read on!