To the average phone user, the Kirin 960 SoC has “18% better CPU efficiency and 40% better graphics performance” when compared to the preceding Kirin processor of the same tier. It should also report benchmark performance results that are closer to the Qualcomm’s Snapdragon 820 than anything else. 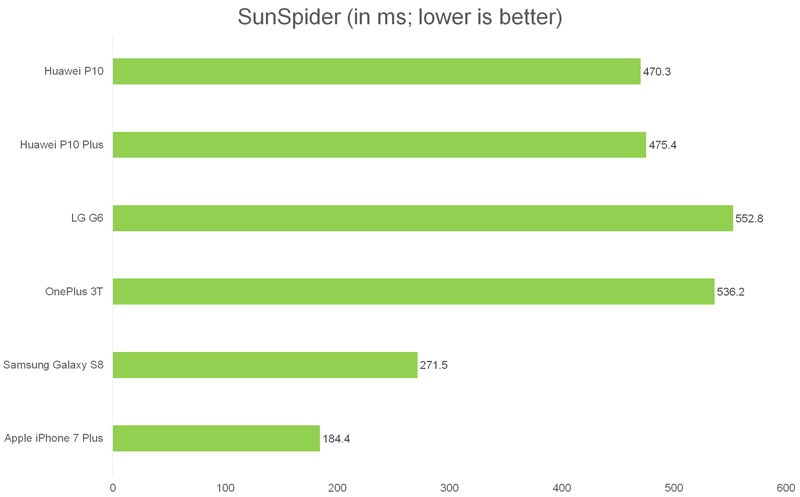 For your reference, the Huawei P10 and P10 Plus scored 58.223 and 58.143 respectively, for the JetStream benchmark – again, this is a new test where we're gathering test data, so we'll be a while more before we can transition. But as usual, the higher the score the better. 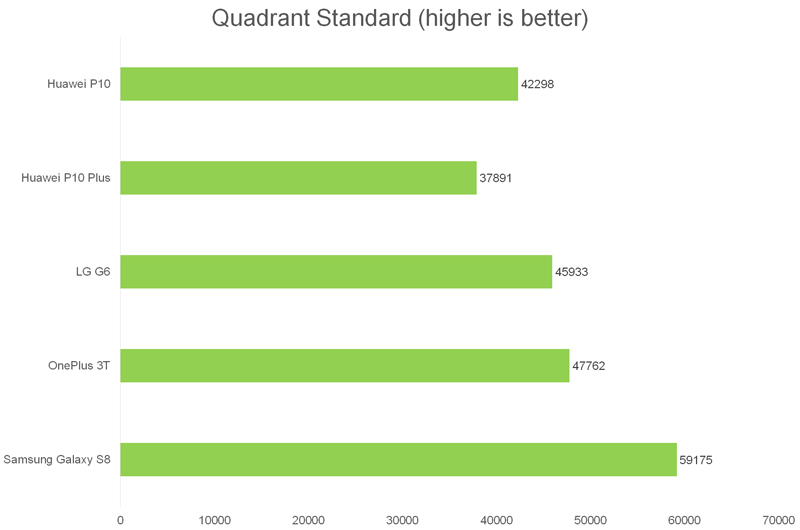 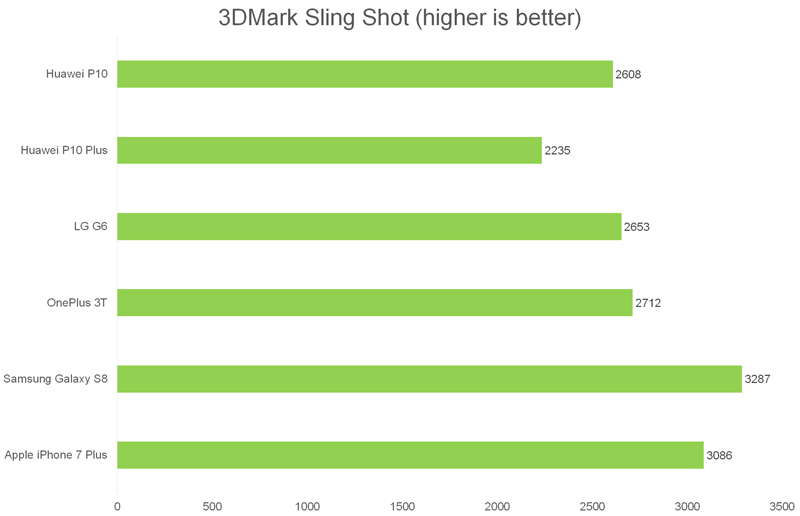 As a whole, the Huawei P10 and P10 Plus have acceptable performance for its Kirin 960 processor and its relevant hardware allows it to be considered as flagship standard. However, it only measures up to previous-generation flagship processors like the Qualcomm Snapdragon 820. 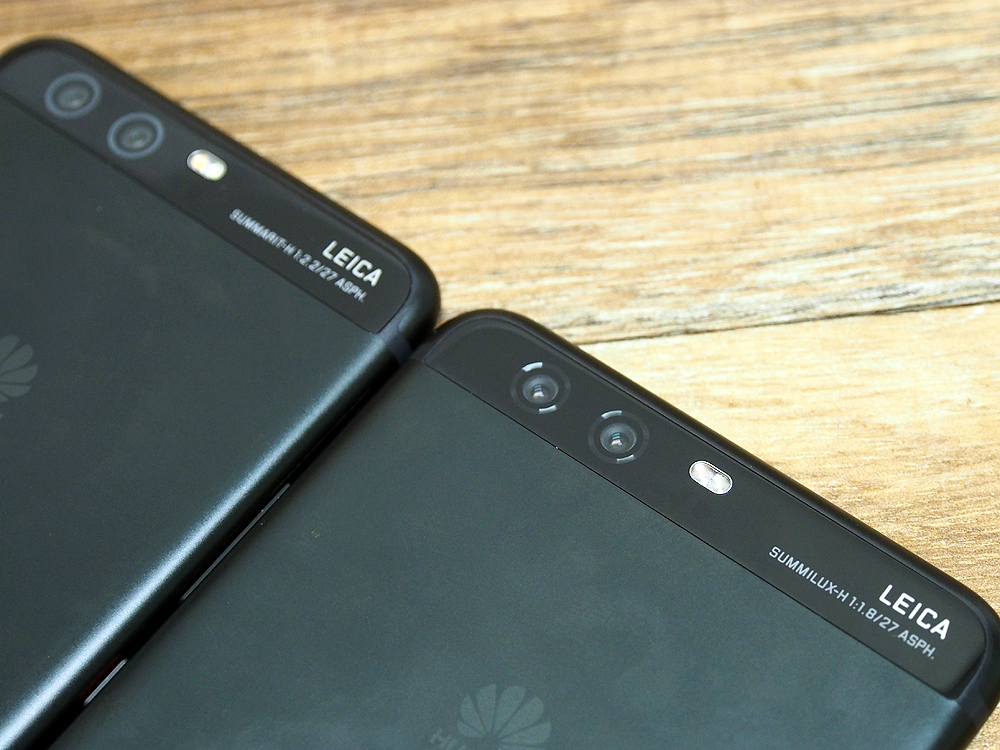 The Huawei P10 and P10 Plus rear cameras consist of the following pair – a 12-megapixel camera with RGB shooting, and a 20-megapixel camera with a monochrome sensor. The Huawei P10 uses Leica’s Summarit-H lenses, giving it an aperture of f/2.2. The larger Huawei P10 Plus has aperture at f/1.8, because it uses the higher-graded Summilux-H lenses instead. The difference in aperture results in only one noticeable difference – the P10 Plus can handle low-light situations a little better than the P10, which probably is hard to tell unless you have both shooters side by side. 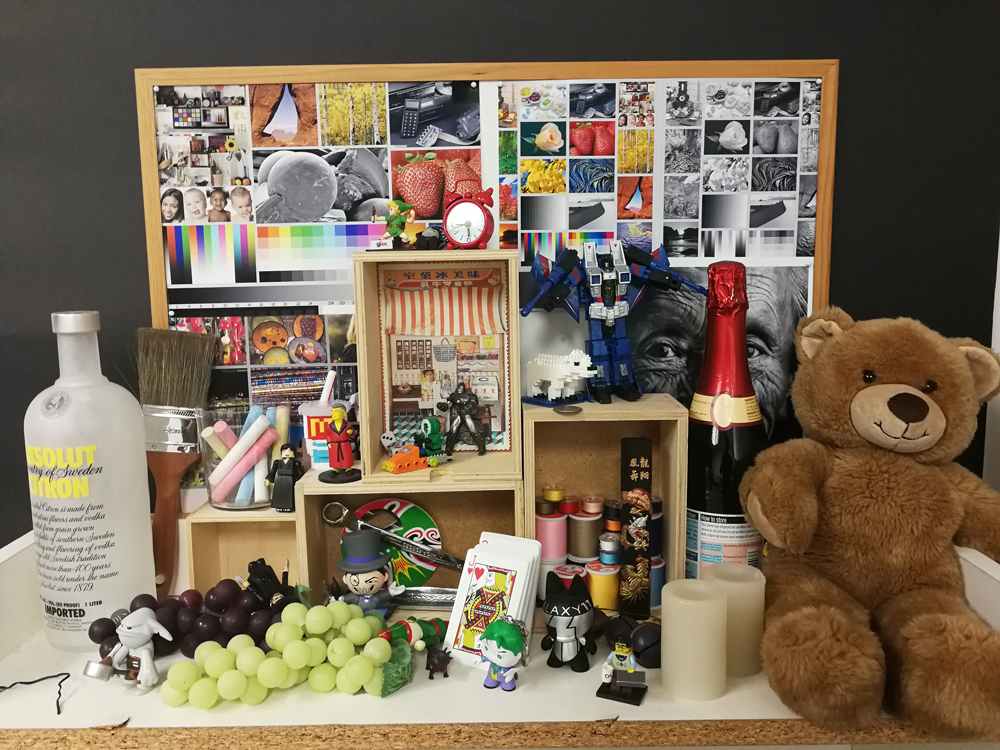 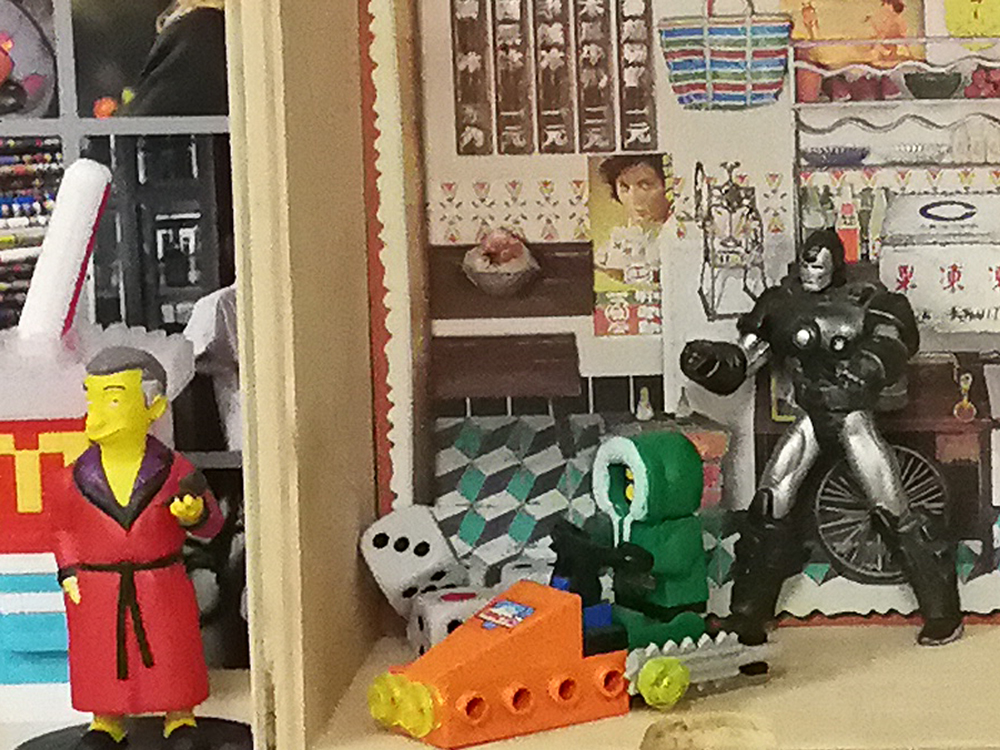 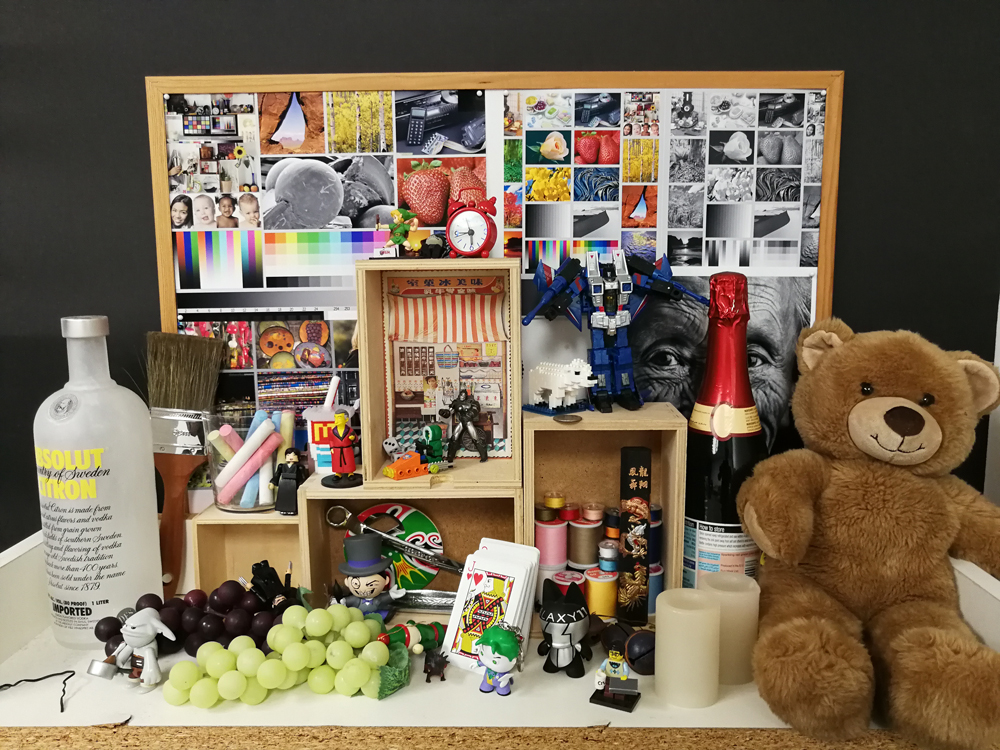 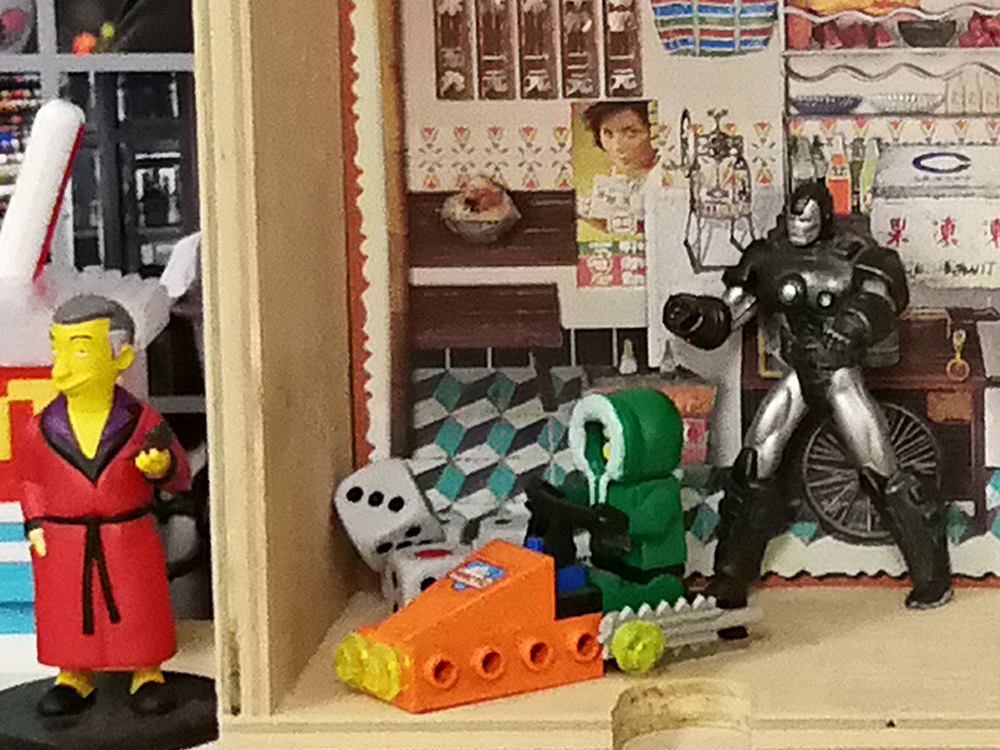 We’ve actually touched on the P10 Plus’s imaging capabilities over at this article, with a deeper explanation of their software features that led to the birth of Portrait mode. In a nutshell, it’s great at capturing detail, average in low-light situations, and only struggles with contrast handling. 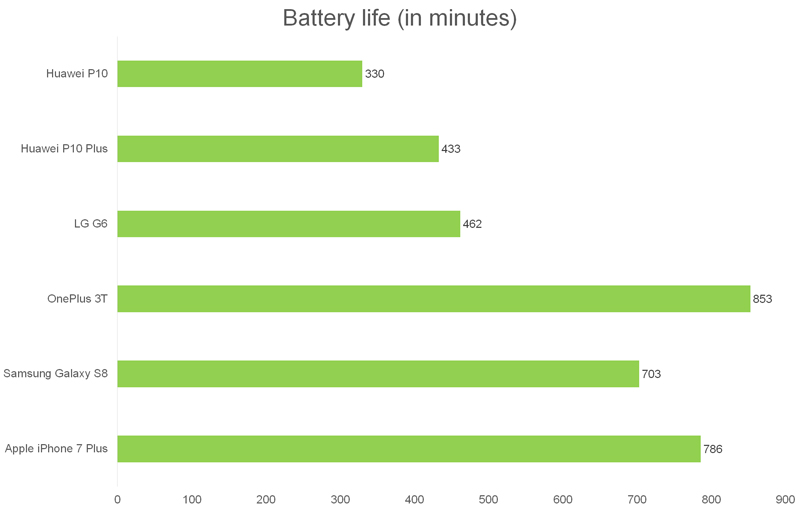 The P10 packs a 3,200mAh non-removable battery – P10 Plus’s is at 3,750mAh. Battery life is a little disappointing as the two phones have the lowest test duration out of the lot. While the battery depletes rather quickly, it recharges just as fast - 30 minutes of charging brought the Huawei P10 Plus from 0% to 42%. That’s likely the Huawei SuperCharge at work here since it comes very close to Huawei’s own fast-charging findings. 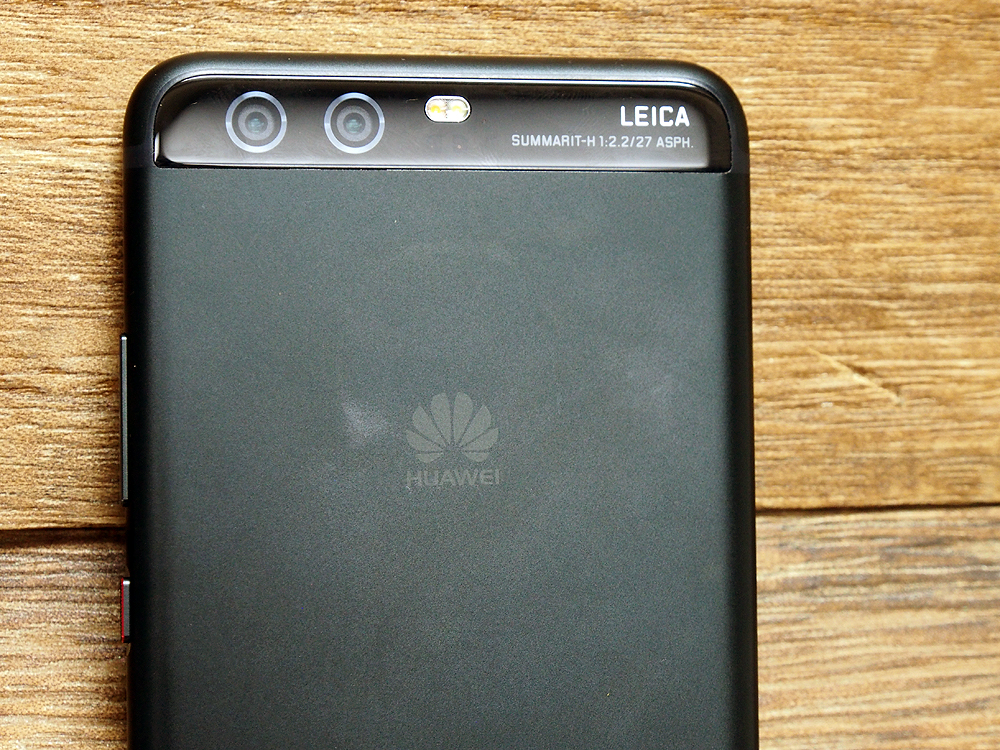 While it’s a great device with a clean look, comfortable handling, and practical features, it’s not leading in benchmarks performance and it’s further hampered with middling battery life. The Kirin 960 processor is just a hair below the Snapdragon 820’s results. The Snapdragon 820 itself is already superseded by the better Snapdragon 821 and the current-generation Snapdragon 835. Fortunately for Huawei, the average phone buyer isn’t typically concerned with processor differences.

The P10 retails at just S$798, which significantly more affordable than the typical thousand-dollar flagship retail price. It’s also almost the same price as the OnePlus 3T, but the OnePlus boasts a better processor and more than double of P10’s battery lifespan. Don’t forget - our battery test is for a brand new P10, the battery life will only gradually degrade further as the phone ages with the user. 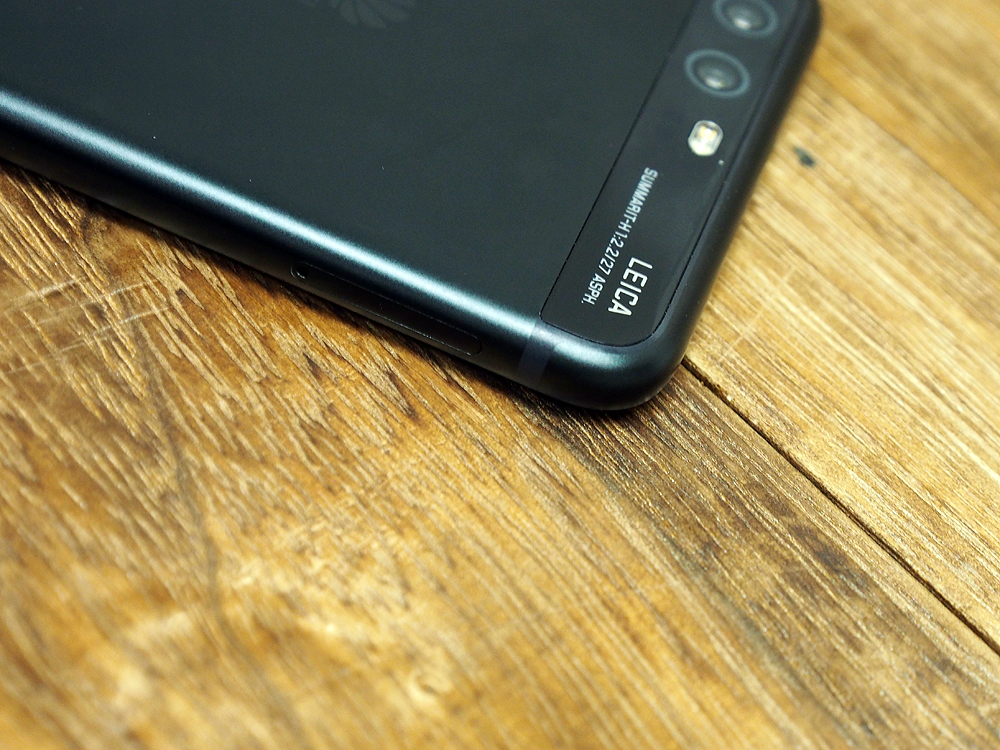 Huawei makes it up with an awesome use of its image processing prowess, which contributed to the new features in their dual rear camera setup. Yes, the P10 can compete with the likes of the OnePlus 3T and even better it, provided that you find the cool camera features and a beautiful finish just as important as having better battery life and performance in general. The phone is also more appropriately priced since it’s using a processor that can only compete with a Qualcomm's predecessor flagship.

Sadly, the P10 Plus is the tougher sell between the two despite its favorable aesthetics. A 5.5-inch QHD display seems nice and it feels like it’s just the right size for a modern flagship to get meaningful work done, but S$998 is too steep a price tag for performance that’s struggling to be on par with last year’s flagship processor by Qualcomm. Like the LG G6, it simply doesn’t sit right when brands want to charge a premium for older parts, but at least the G6 makes up for it: a new display form factor, a Dolby HDR certified screen, an IP68-certified waterproofed body, and high-quality audio DAC. Huawei’s P10 Plus can’t trump any of this and is in fact constantly performing a little behind the P10. Of course, you’re free to pay a higher premium, but you don’t get much besides a bigger screen with higher resolution and a minor camera improvement when you compare the P10 Plus against the P10.