What is HiVision AI?

Huawei’s tagline for the Mate 20 series is Higher Intelligence, a narrative they’re going for with the increased image processing capabilities of the Dual-NPU within the new Kirin 980 chipset. This means new AI-assisted photography and videography features added to the phone’s camera, as well as the introduction of HiVision, an AI object recognition function similar to Samsung’s Bixby Vision. Here’s a quick preview of how these new modes work.

HiVision Identify is basically an image-based search feature. Huawei says that it currently works across three categories, which are Food, Art, and Landmarks. To achieve this, Huawei has partnered with various cloud-based solution providers to pull info from. For example, when HiVision identifies food and shows you calorie count or other nutritional information, it’s really pulling it from the Azumio database; Azumio being a mobile health and fitness company. 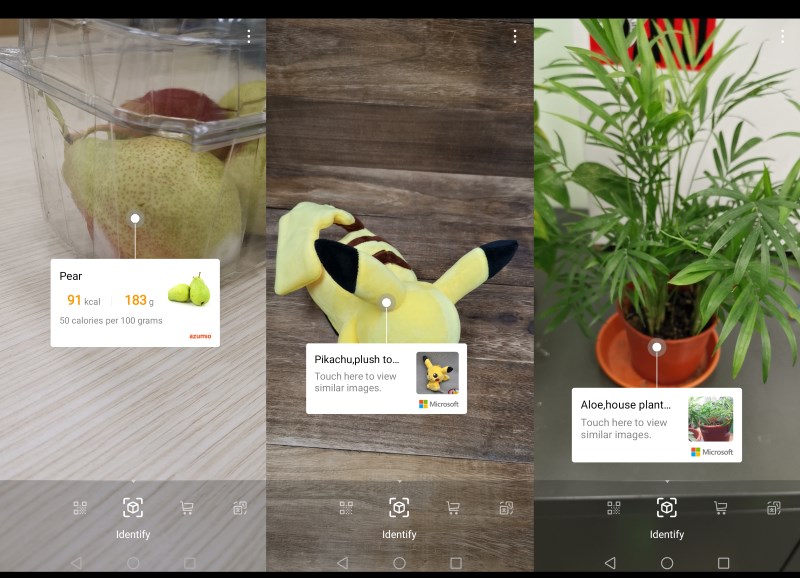 What happens when you point HiVision at other objects not covered by Food, Art or Landmarks? It works just as well. You can basically use HiVision to identify anything, and these generic image search results will be returned by Microsoft. Of course, object recognition isn’t perfect, and you may get different results pointing at the same item, a second time. However, what Huawei is focusing on is the speed of image recognition. The Kirin 980’s Dual-NPU can process images twice as fast as the Kirin 970’s single NPU.

Instead of just identifying objects and providing you with more information about them, HiVision Shopping does exactly what its name implies. It will throw up a list of suggested products based on what it recognizes and online resources like Amazon that you can directly buy it from. Again, don’t expect exact results from image recognition technology yet. If you know exactly what you want, you really should just search for it directly from your favorite shopping portal. At best, you can hope for similar items, which is good if you want to broaden your search. At its worst, the results can be hilarious, such as my search for a bag of purple corn chips. If you’ve ever used Google Translate in the past two years, you’d have come across a similar feature. Simply point your camera at a foreign text, and get real-time translation. Based on its selectable menu options, HiVision currently seems to support ten languages: English, Chinese, Japanese, Korean, Spanish, French, Russian, Italian, German, and Portuguese. From my quick test, if set to auto-detect, it will translate only the first language it detects. Also, the feature can only work in portrait mode.

Shooting video on the Mate 20 series is going to be quite fun with a range of new filters you can play with: AI Colour, Background Blur, Vintage, Suspense and Fresh. Here's how the effects look like live.

From my brief interaction with the Mate 20 Pro, the video filters seemed to be tuned to identify humans only; I haven’t been able to get it to work on any inanimate subjects. Also, I haven’t found a way to lock focus on a subject of my choosing, so the feature works really well when you only have one subject clearly in the foreground like the video example above, but outdoors for example where you can't control other people walking around and into your frame, the camera tends to jump from person to person, which spoils the overall effect.

If you love your selfies, the Mate 20 camera feature a few more Portrait Lighting background effects to play around with, such as stained glass and window blinds. You can also now change the shape of bokeh lighting, from traditional round lights, to hearts, swirls or diamonds.

Like the Video effects above, Portrait filters will not trigger on inanimate objects, so you can't just select Portrait and shoot a scenery with heart-shaped bokeh lights for example. You can however, trick it with a picture of a human.