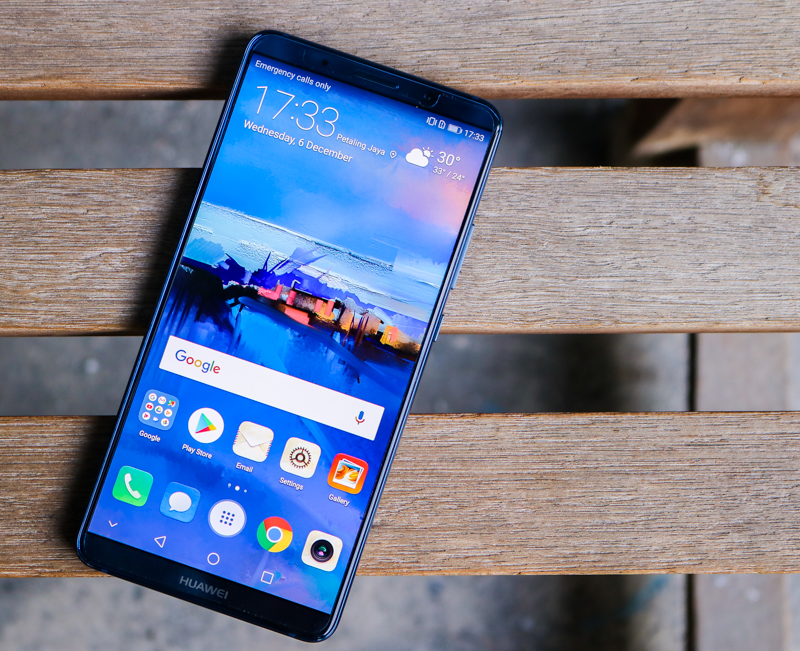 When a "Pro" moniker doesn't necessarily mean it's a better option

When Huawei released the dynamic duo that is the Mate 9 and the Mate 9 Pro late last year, you probably would’ve assumed that the latter would have a better set of features than the former due to the ‘Pro’ moniker in its name.

And you would be right. Compare their specifications side-by-side, and you will realize that the Mate 9 Pro has a considerably sharper (albeit smaller) 5.5-inch QHD (2,560 x 1,440) display, more RAM, more internal storage, and larger 3,500mAh battery.

Strangely enough, however, things aren’t as straightforward with their respective successors, the Mate 10 and Mate 10 Pro. Because in this particular instance, having the ‘Pro’ moniker attached to your name doesn’t necessarily make you the better device by default. Allow us to explain why. 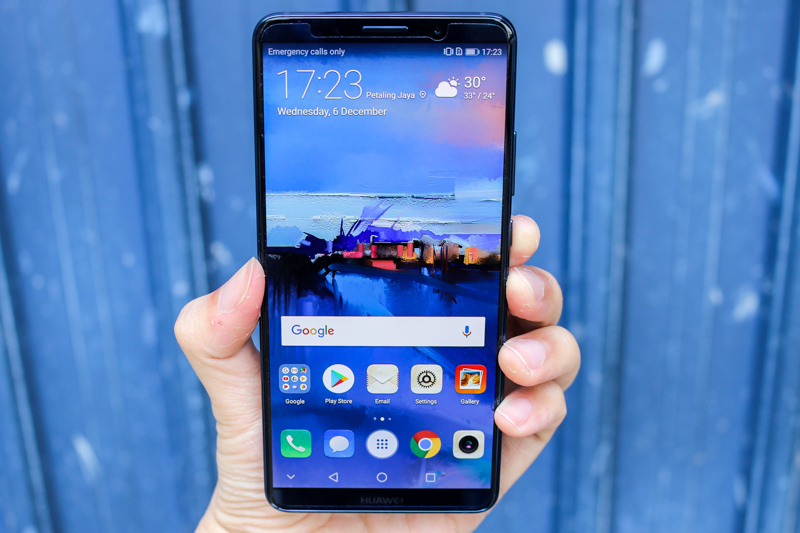 Yes, the OLED display of the Mate 10 Pro should theoretically be better than the IPS LCD display of the Mate 10 when it comes to reproducing the blackest of blacks, the brightest of whites, and the most vibrant of colors, but judging from its native resolution, this comes at the apparent cost of sharpness and clarity. But of course, this is all in theory. So what about in reality?

To find out, we had both the brightness levels of the Mate 10 and Mate 10 Pro pushed to their maximum, forced this particular video on Vimeo to stream in 4K quality, and darted our eyes back and forth between the two devices to spot any differences in image quality. 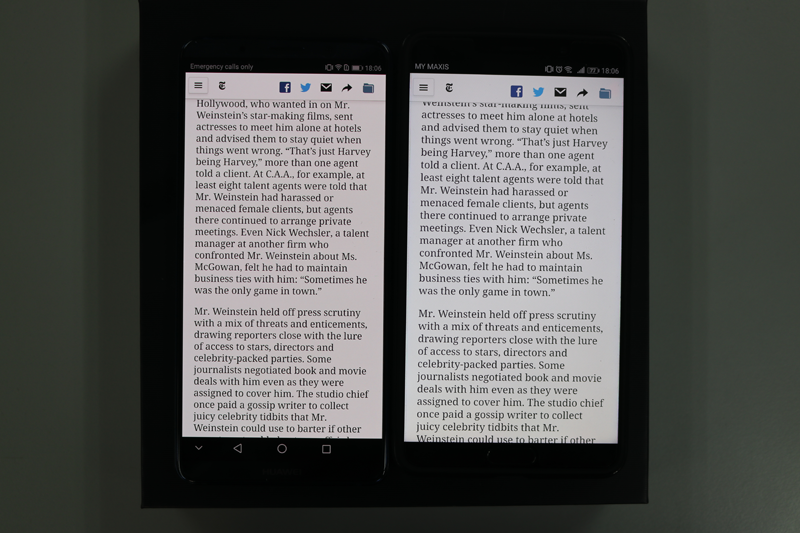 What we found particularly odd, was the fact that the white background of The New York Times’ mobile website appeared marginally grayish on the Mate 10 Pro, but perfectly white on the Mate 10 – something we would attribute to the inherently warm color temperature of the Mate 10 Pro’s display.

So, which of the two displays would we choose? This might seem counterintuitive, but we actually prefer gazing at the display of the Mate 10. There’s just something about the Mate 10 Pro’s OLED display that seems to render everything on-screen a little dark for our liking. We’re not entirely sure if this is due to the distinctive high-contrast nature of OLED panels, the warm color temperature of the Mate 10 Pro’s display, or both. Of course, this is only apparent when you engage in a side-by-side; without doing so, both look really good on their own. 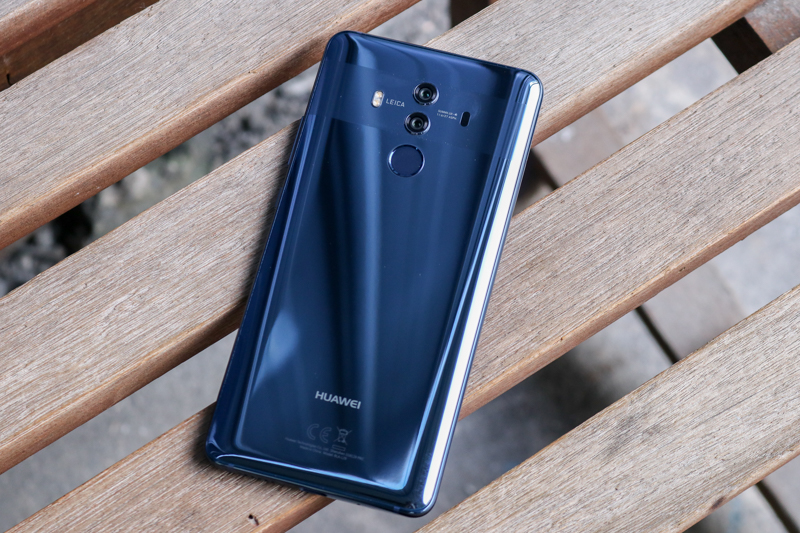 We managed to quantify this slight difference in performance through the use of benchmarks, including PCMark for Android, 3DMark, Antutu, and Epic Citadel. 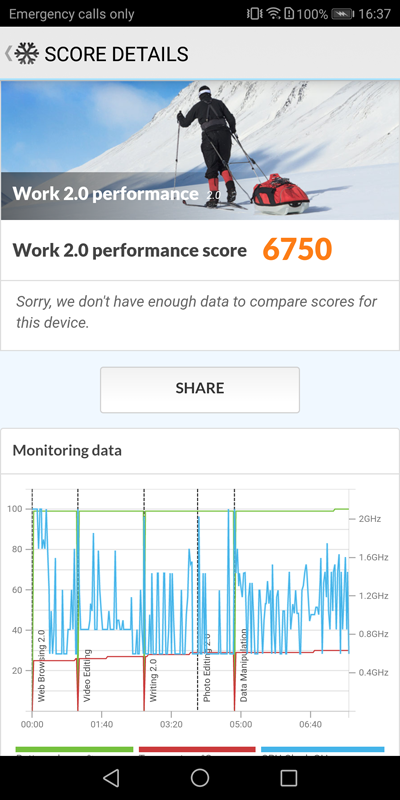 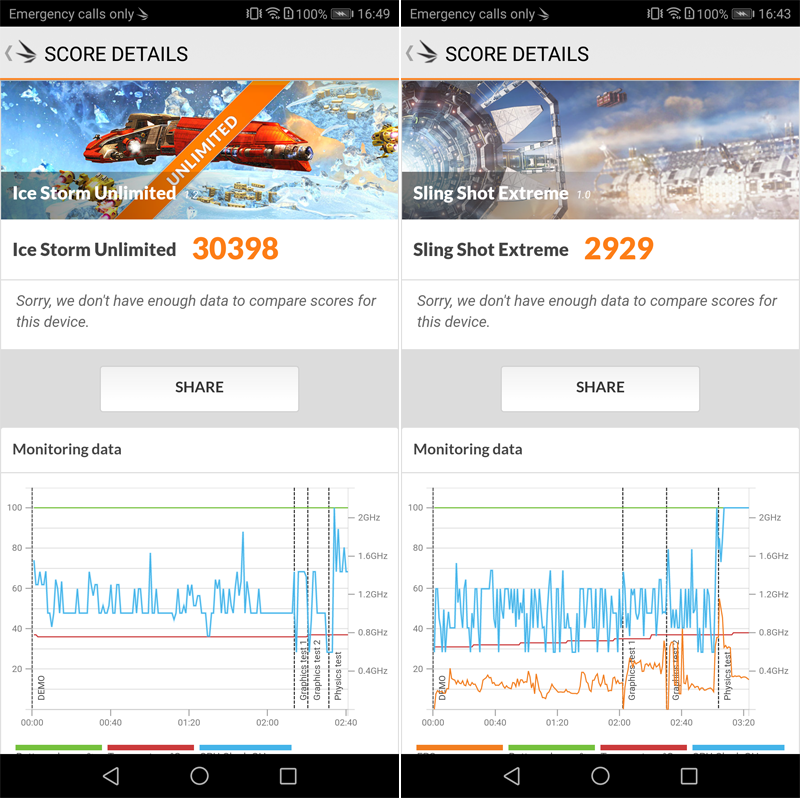 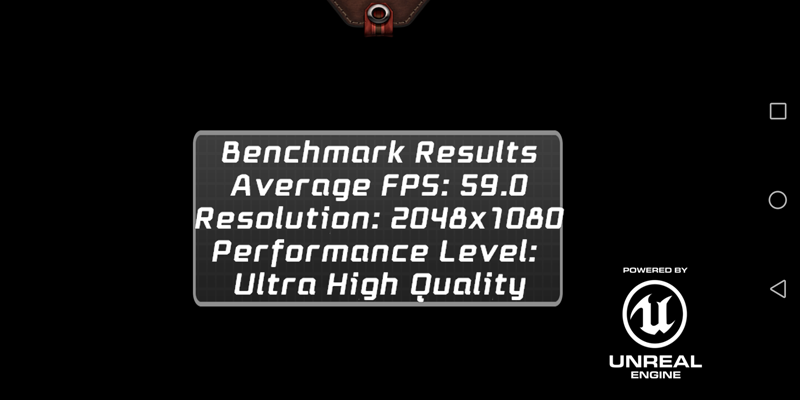 The Mate 10 Pro continued to triumph over the Mate 10 in the Antutu and Epic Citadel benchmarks, pulling in a score of 177,560 for the latter, and completing the former on Ultra High Quality with an average frame rate of 59.0 fps.

The Mate 10, meanwhile, got a lower score of 168,902 for Antutu, and a lower frame rate of 52.1 fps for Epic Citadel – the latter is most likely due to the fact its Kirin 970 chipset has to work harder to cater to its higher resolution display. 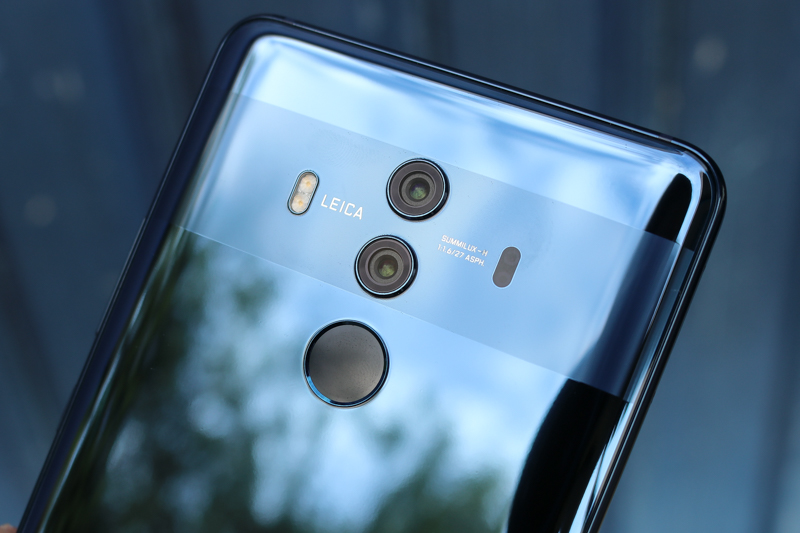 It’s a level playing field as far as the cameras of the Mate 10 and Mate 10 Pro are concerned. They both have a Leica dual-camera system on their backs, which comprises a 20MP f/1.6 monochrome sensor and a 12MP f/1.6 RGB sensor (with optical image stabilization) that are paired up with Leica Summilux-H lenses.

No surprises, then, that their camera performance is near-identical. Go ahead and guess which of the photos below were captured by the Mate 10 and Mate 10 Pro. The answers are embedded in the URL of the full resolution image. 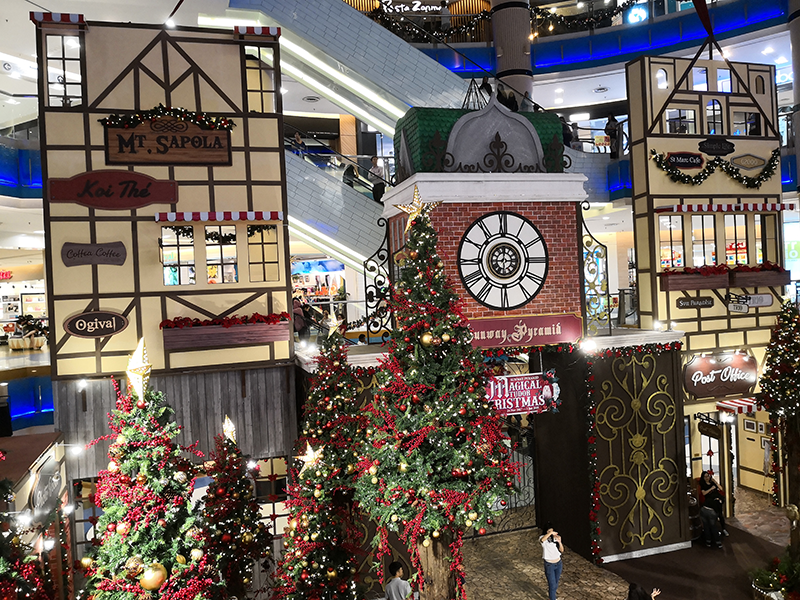 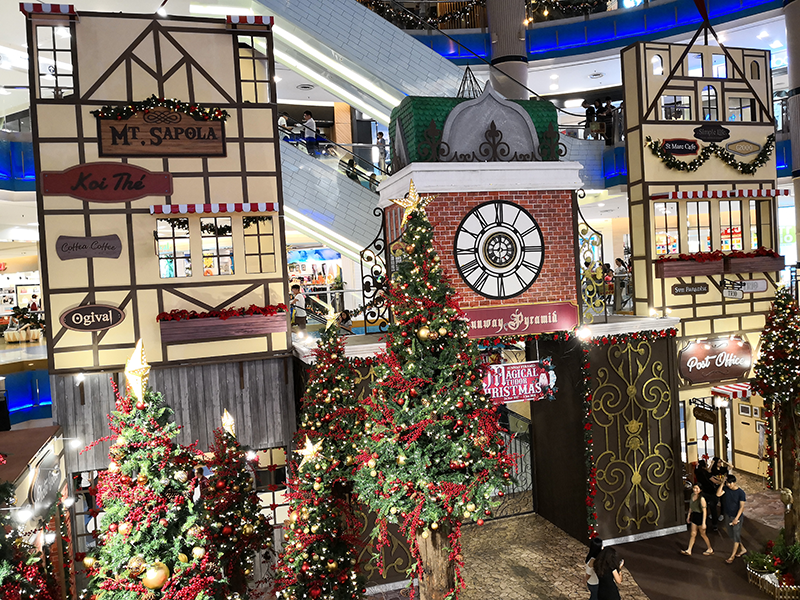 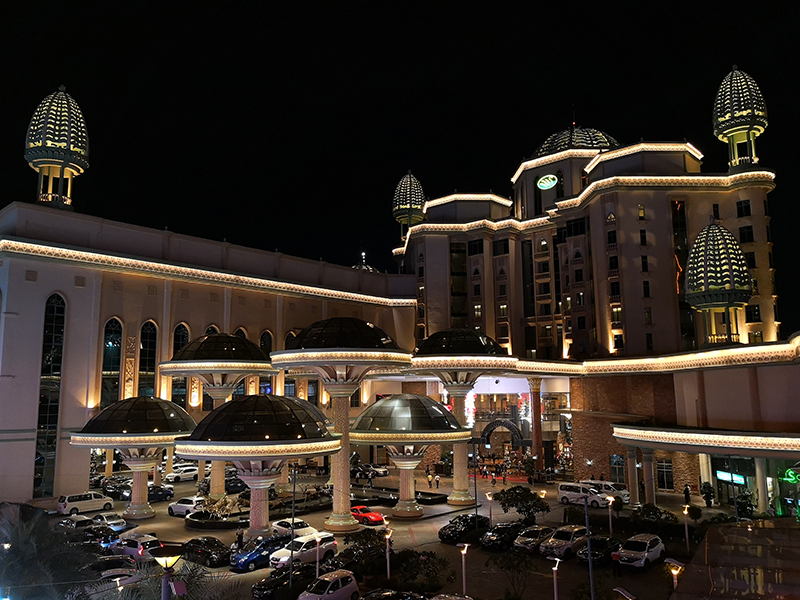 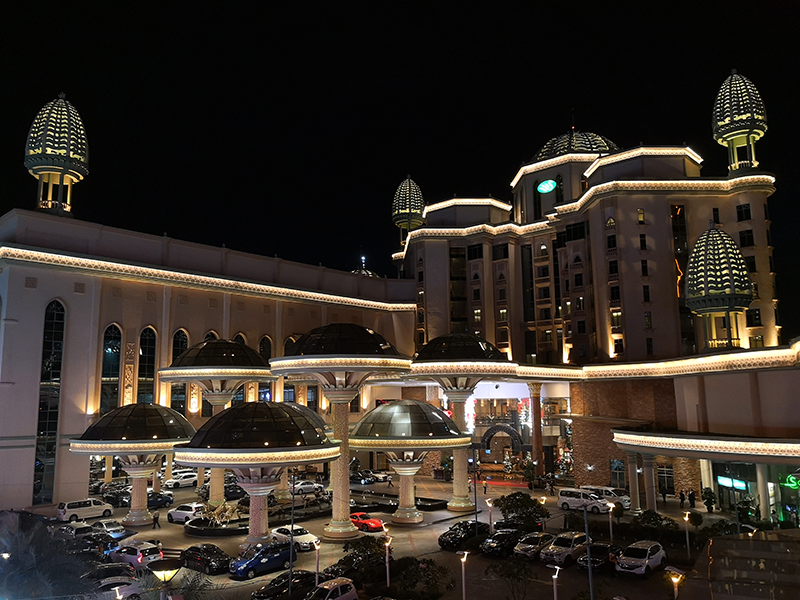 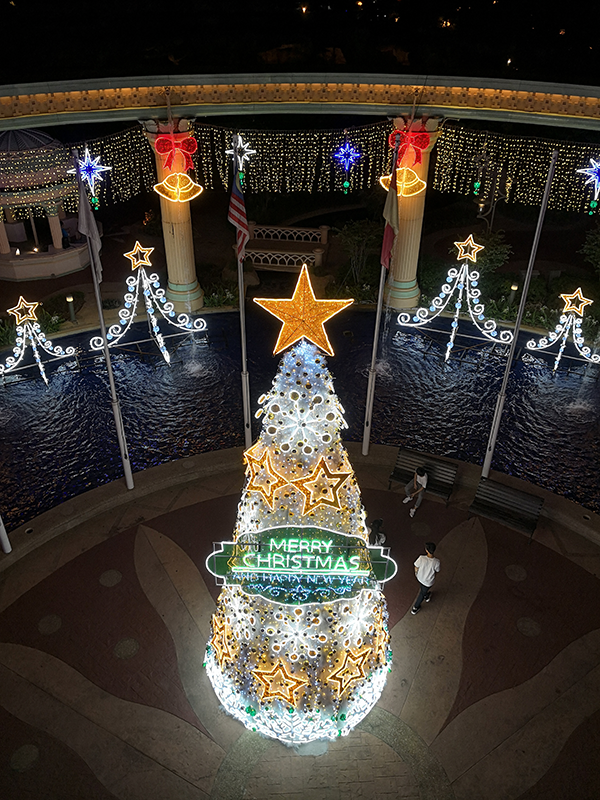 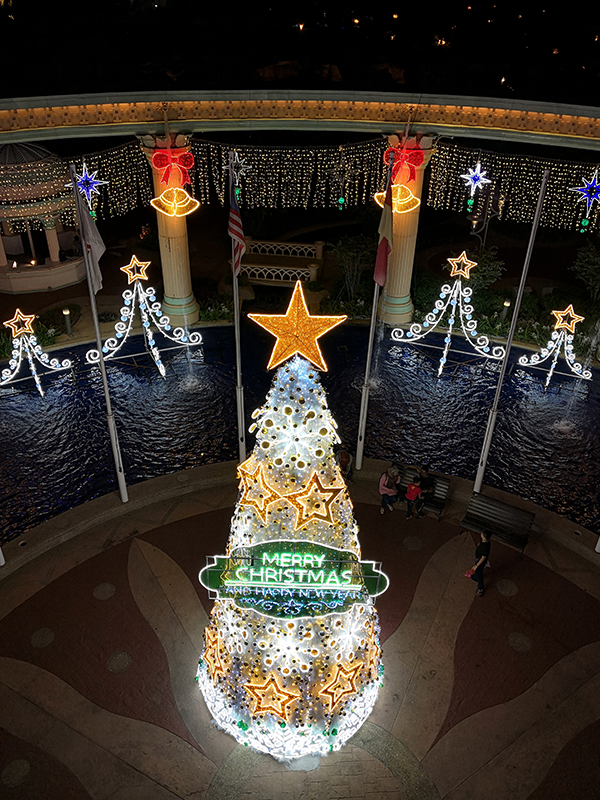 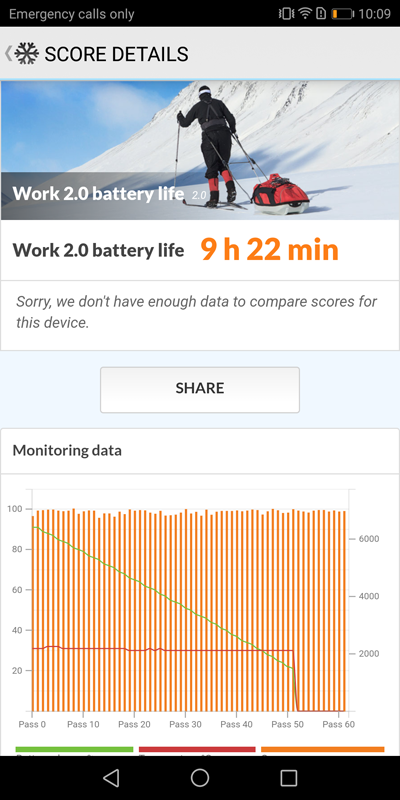 Both the Mate 10 and Mate 10 Pro are equipped with a similarly sized 4,000mAh battery that supports Huawei’s SuperCharge fast-charging technology. If you thought that the Mate 10 Pro would be more power-efficient due to its lower resolution display, you would be surprised to know that the Work 2.0 battery life benchmark of PCMark for Android actually suggests otherwise.

Though it’s worth mentioning that the difference isn’t much, the Mate 10 Pro could sustain looping the Work 2.0 benchmark of PCMark for Android for nine hours and 22 minutes, while the Mate 10 could do so for 18 minutes longer: nine hours and 40 minutes. 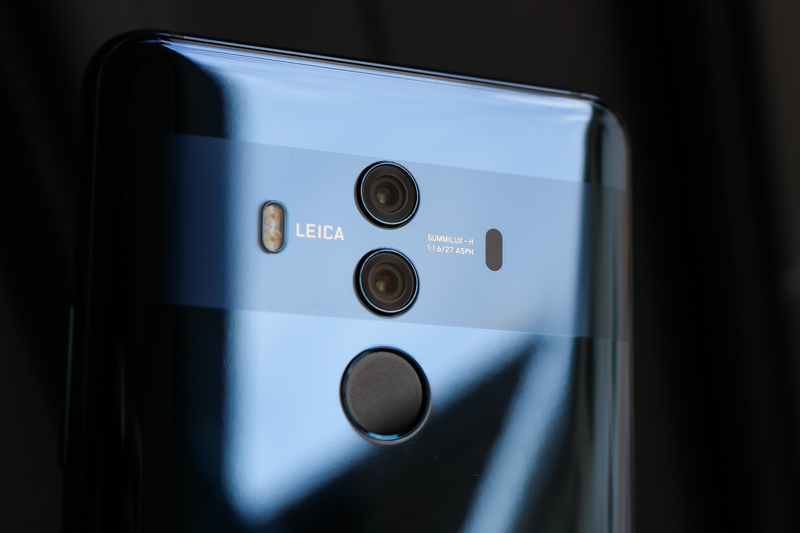 Now that we’ve covered some of the more major differences between the Mate 10 and Mate 10 Pro, here are some of the little (but no less insignificant) details that set the two flagships apart. Trust us, you will want to take these into consideration when choosing between the two Mate devices.

The first: water-resistance. The Mate 10 Pro has an IP67 rating, which means it can stay submerged underwater at depths of up to one meter for 30 minutes unscathed. Do the same with the Mate 10 and you will end up with a very expensive paperweight.

Secondly, the Mate 10 has a 3.5mm audio jack, while the Mate 10 Pro doesn’t. We understand that this can be quite a deal-breaker for most folks, but the Mate 10 Pro does come replete with a USB Type-C to 3.5mm adapter within its packaging – it all boils down to whether you want to get used to the dongle life or not.

Speaking of which, the home button of the Mate 10 also doubles as a navigation key, allowing you to tap on it to return to the previous screen, long-press it to return to the home screen, and slide left to bring up the recent applications menu. The Mate 10 Pro is devoid of a home button – you’ll have to use its on-screen Android soft keys (or the one-button floating navigation dock) to find your way around.

So, which of the Mate 10 devices should you be opting for? As always, it depends.

If you believe that a bright and crisp display, a 3.5mm headphone jack, and a microSD card slot are all essential constituents of a great smartphone, then the Mate 10 would be the way to go.

Got a liking for the strong, saturated colors of an OLED display? Need the extra RAM to satiate your hardcore multitasking habits (whatever they may be)? Think it would be nice if your smartphone was immune to Mother Nature’s elements? Then go ahead and get the Mate 10 Pro.

Having said that, it’s rather unfortunate that Huawei is making consumers choose one feature over another. Instead of coming up with multiple variants, Huawei should’ve concentrated their efforts to craft the perfect smartphone – one that would overthrow the competition in one fell swoop, and one that embodies all the great features of both the Mate 10 and Mate 10 Pro.

Read Next: Our full review of the Huawei Mate 10 Pro.