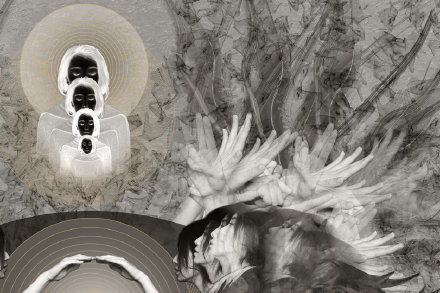 Exploring different media to express a creative idea – usually an advertising campaign – is not new. Developing, and then expanding, a single idea with six creative talents who were handpicked from across the globe, now that is a reasonable challenge. What if each participant worked with different media materials and have been industry experts within their respective focuses? What will happen after that? Will the main concept be fully fleshed out?

Malaysian-based Rames Harikrishnasamy’s take saw him incorporate his passion for finding one’s ‘inner self’. This further expands the narrative depth for the concept that Australian illustrator, Joy Li, created, and Japanese cinematographer, Yoshihiro ‘Yoshi’ Enatsu, explored. In using Buddhism elements, Rames managed to expand on both the character’s narrative and background story. These are the key drivers that inspired the next entrant – Tao Li from China.

From a one-of-a-kind Ultra Rare trading card – called the ‘Crouching Tiger, Hidden Dragon’ – to exploring her psyche and what her journey entails, Tao has come full circle. He achieved this in a literal sense as what he had in mind is how everything can be tied back to the source. “[In essence,] I returned back to the ‘card’ [– the original idea],” he shared. 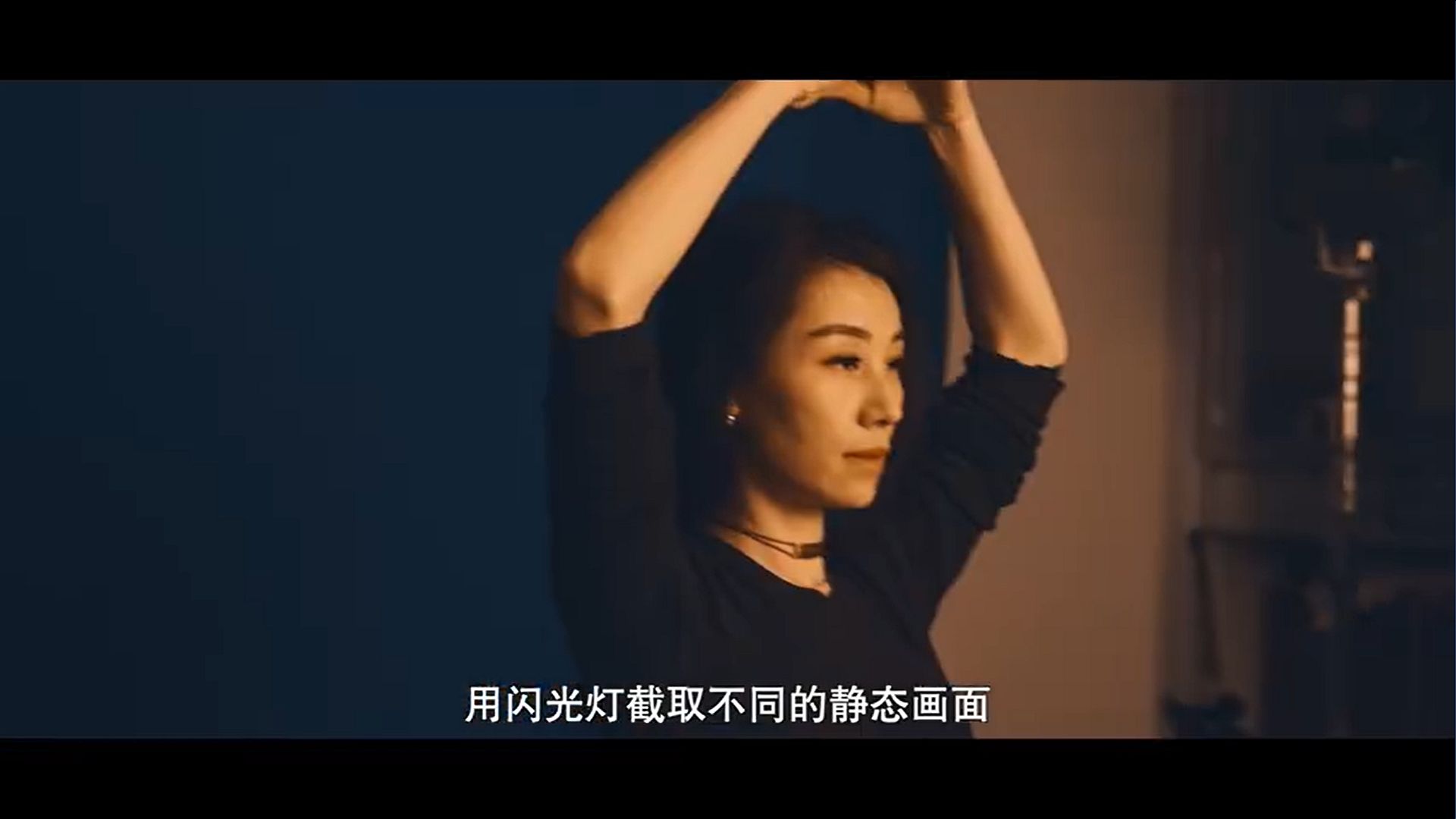 Having seen how the first three focused on different facets of the idea that Li came up with, it’s no longer a secret that Tao can craft a new aspect or widen the character’s narrative or personality. In many ways, Li’s idea is like an open canvas that Yoshi and Rames, respectively, added on and expanded upon. For Tao – having done video work, photography, and still art/illustrations – this is an opportunity that will allow him to tap on all three for his interpretation of Li’s concept.

Since Rames included a personal touch to his own take of Li’s concept, it cracked open new choices for Tao to consider. This included amplifying the new theme or adding onto it. This is where more abstract elements can be mixed in, allowing Tao to be as creative as he wants to be. Before revealing the visual to the world, the China-based creative even shared in a discussion about how he planned to dive deeper into the Buddhism aspect. To achieve that, he must find that proper balance or risk making it too focused on the chosen religion and its related cultures. This being a collaborative effort, Tao also needed to leave room for open interpretation as he strives to make it his own. 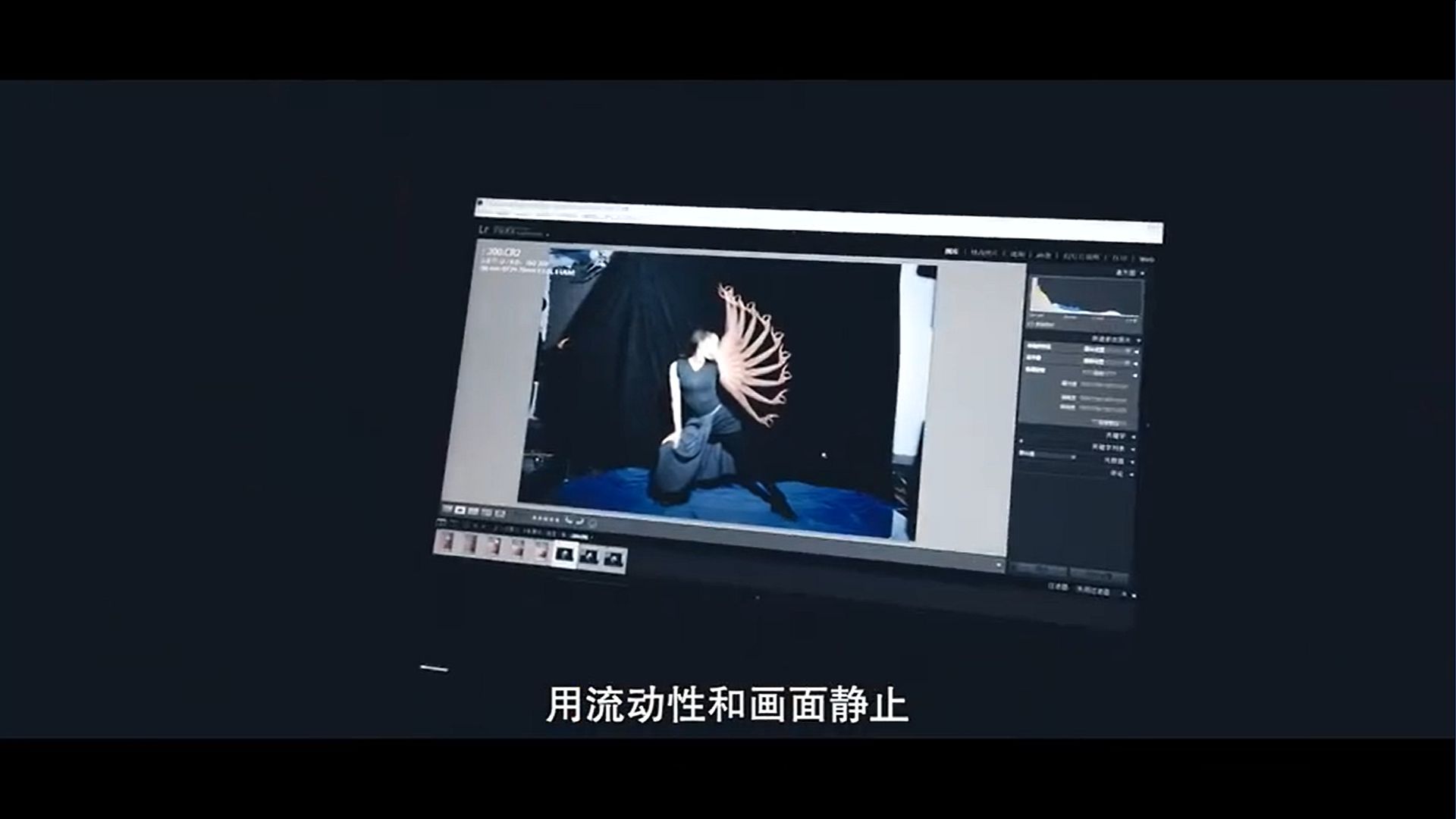 To recap: Rames’ illustration showed how the girl is finding her inner self through meditation and isn’t aware, likely unafraid, of her surroundings. For Tao, he put the girl front and centre of the visual – showing not just what she has achieved through her efforts but how much hidden potential she truly possessed.

Falling back on his love of photography and having a keen eye for visual aesthetics, Tao combined portraiture with abstract art and put the end-result onto a card design. “I went back to the ‘card’ idea, merging the characteristics of dynamic movement [from Yoshi’s video] and Buddhism [that Rames added] with the black and white images [I took]. [In following the Buddhist] concept, this ‘black and gold Thangka’ was born – just in time for the Spring Festival,” he added.

Words alone cannot express what Tao had done to bring his idea to life – so he made a documentary about the journey to produce this artwork (it’s on a Weibo channel, here) stills: and how last year’s Adobe MAX inspired him. “[In producing this visual], I want to [capture] those movements [in the video] into one image and make it visualise different movements at the same time. I also want to showcase many cultural symbols as the main detailing. It is the Thangka [– Tibetan Buddhist painting on cloth process –] style that immediately came to my mind when I was drawing up the idea,” Tao revealed.

To create this highly abstract art-piece, which is normally used for to visualize a Buddhist deity; a Tibetan artwork; or a traditional mandala, he merged the platforms that all three creatives before him used. Like Yoshi, Tao used his in-depth know-how in photography to capture the images he needed to create the new #HPBACKFROMMAX concept. From Rames, beyond taking inspiration from his Buddhist theme, Tao also used photo manipulation to build the Thangka he had in mind. As for Li, he not only went back to her card concept, he also expanded on the illustrative themes that she introduced in her work. 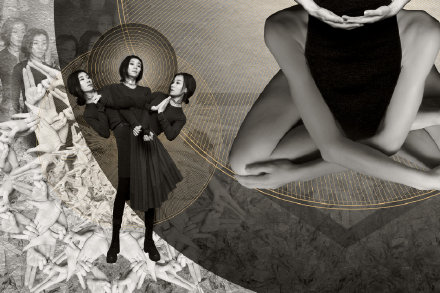 In combining the three concepts in various ways, Tao managed to put together a new visual that not only features Li’s idea but also nicely pairs up with what Yoshi and Rames came up with. If Rames worked his way from the leftfield, then this fourth entry from Tao is all about being different. Creating a Thangka, or a Mandala in this case, is mind-bogglingly tricky – more so when it merges the previous three ideas.

“I am really fascinated about the conflict of culture and its integration process [that this art-piece requires]. Since the creators come from different cultural backgrounds, we [have the tendency] to represent our own culture in our work. For example, there are obvious Japanese cartoon elements in Yoshi’s work. I will also try to bring some oriental culture into [my portion] of this collaboration,” Tao said.

From the videos that showcases his experience at Adobe Max 2019, it’s clear the go-to platform for Tao is the Z by HP line of high-performance systems, specifically the HP ZBook. He uses the multi-mode to switch between work and play quickly to keep his creative thought-process running. This variable mode, likely, also worked its way into Tao’s concept. Case in point, the multiple arms and heads/bodies represent the Thousand-Arms Buddha deity is a subtle homage to the flexibility and versatility of the HP ZBook. The last two creators – Nick GC Tan and Yip Yew Chong, both from Singapore – will certainly have a lot to work with. It will be interesting to see if they will take on the challenge that Tao had set: a limited amount of real estate to plan, develop, and create their ideas. It’s the last few corners to reach the finish line and the first four creative collaborators, and the world, cannot wait to see how the last two art-pieces will turn out.

Those keen on trying to reinterpret Li’s concept will, upon successfully submitting the artwork as an officially entry, be in the running for a grand prize – a high-performance from the Z by HP line and one-year access to Adobe Creative Cloud. More details can be found on the concepts that Li, Yoshi, Rames, and Tao shared on their respective social media platforms.