ASUS TUF Dash F15 Review: An all well-rounded notebook for both gaming and work
Feature Articles 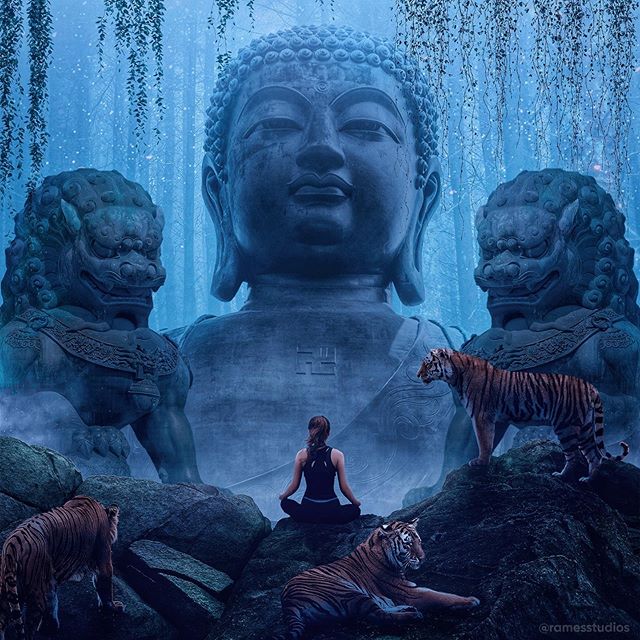 After being conceptualized as an ultra-rare trading card that runs on the ‘Crouching Tiger, Hidden Dragon’ theme, then being made into a cinematic that plays up the characterisation, what can the next creative for the #HPBACKFROMMAX Ambassador Challenge come up with? Should the focus dive deeper into the psyche of the female character, expand her hidden potential narrative, and/or add on to the already complex persona? Is it time for a narrative to be added?

While there are many ways to interpret the original concept – be it mixing the first and second creative concepts, working off either, or taking inspirations from both – what the third Z by HP x Adobe Ambassador, Malaysia-based Rames Harikrishnasamy, did is more left field. In wanting to continue, and expand, this ambitious global effort, Rames created a proper character to represent the idea that fellow creatives, Joy Li – concept artist – from Australia and Japanese videographer – Yoshihiro “Yoshi” Enatsu, respectively created and developed.

The very idea of taking the concept to the next chapter is a monumental task. Where Li drafted her thoughts into a creative art-piece and Yoshi jazzed it up into a cinematic re-telling, Rames played off their works and paired it with his own background experiences as key inspirations. This includes how he wanted to incorporate Buddhism visual elements and teachings, using huge ‘light-bulb moments’, and representing inner strengths. All of that were tied to that one moment when Rames spotted a book entitled – ‘You Can Change The World, Girl. Make It Happen!’. For him, that formed the basis of this artistic vision. 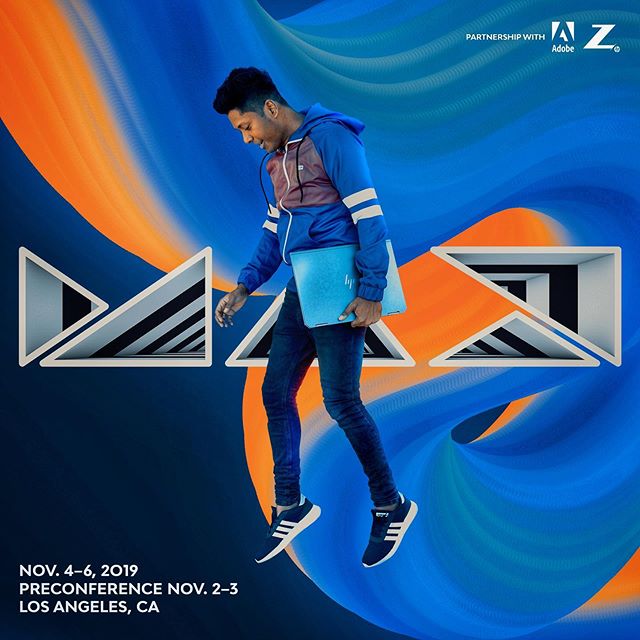 Getting inspirations from these various elements is easy for Rames. It is only difficult when it comes to pairing and properly connecting these unrelated ideas. In fact, as this is about creating a character that is still discovering and understanding her true potential, the approach must be done with extreme care. After all, the creation and finishing of this idea are balanced out via this very fine line.

As Rames worked with various visuals that feature the Buddha statue in some form, it makes sense that these elements are present for his own #HPBackFromMax entry. “The girl in this artwork is meditating [to discover her hidden potential],” Rames shared. Only her back is shown as she continues to look straight ahead at a large Buddha statue while the flanking ‘bodyguards’ look back at her. Rames continued: “Around her are tigers and they’re the ones that represent the challenges in her life. She isn’t afraid of them as she is determined to be strong.”

Rames, through his art, wanted to subtly share how this strengthened character is not easily distracted as she prepares herself to overcome all challenges. This also directly reflects a Buddhist understanding: “What you think, you become.”  In many ways, he believes all these elements sync up properly with the overall theme.

As a graphic designer and concept artist, Rames tapped onto his technical knowhow to create a photo-realistic visual that is both attractive and intriguing.  In bringing to life the Buddhist elements and Zen-like nature through his art-piece, it truly builds upon the character that Li and Yoshi created and established. In fact, this proverbial next chapter feels like a proper page-turner that further the girl’s story and provides some additional background details.

What Rames used to create this creative visual, beyond his inner thoughts and related inspirations, is the ultra-light and robustly powerful HP Zbook. “With it, I can move around and still complete my work without having to worry about losing that creative momentum!” he shared. Without needing to worry about hardware issues or optimisation, Rames can fully concentrate on producing his multi-faceted and narrative-driven concept. 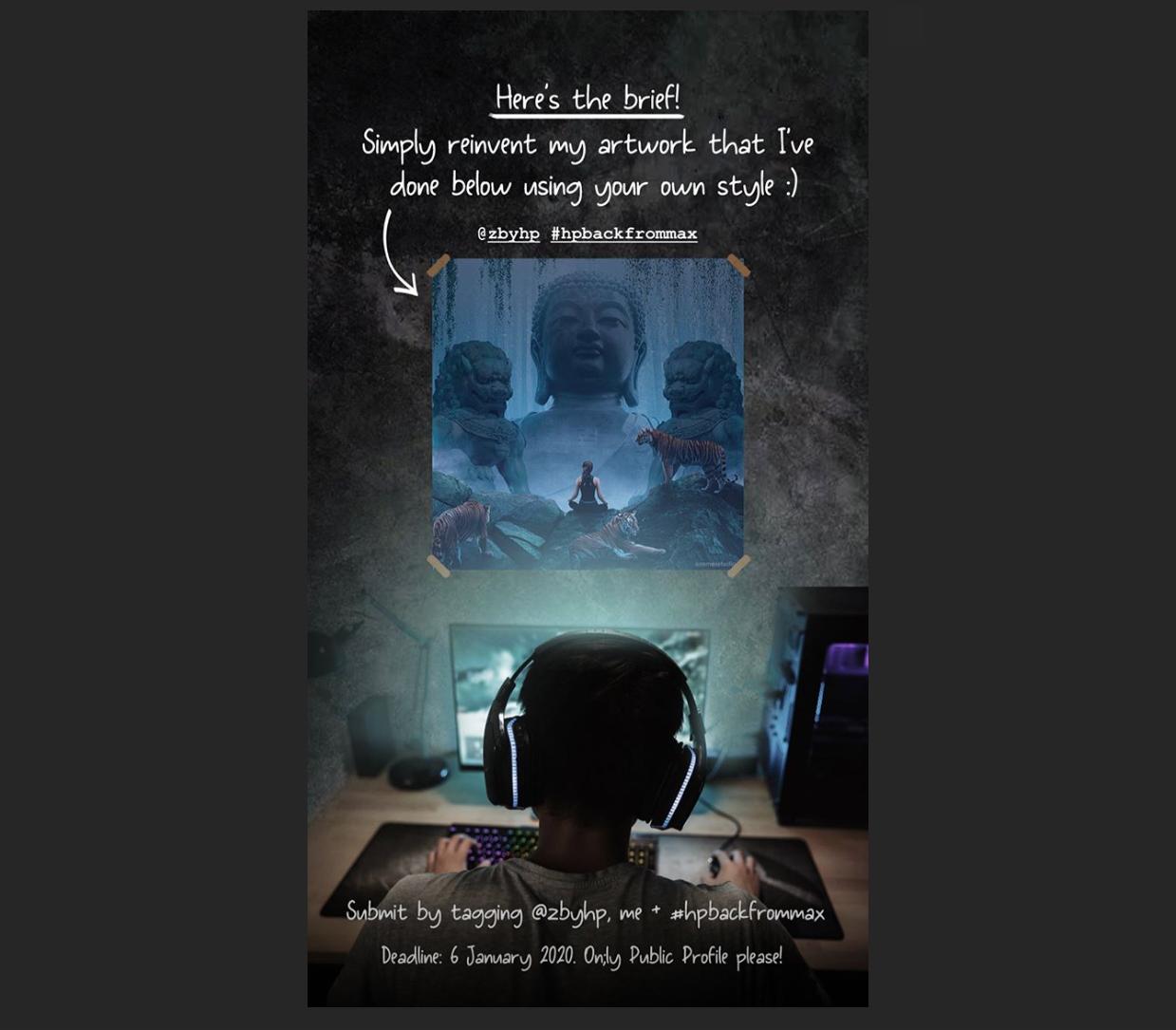 Even if the transition of the final output is varied and jarring – from trading game collector’s card, to cinematic video, and now back to a still image – Rames doesn’t miss a beat in delivering his work. In fact, he hopes the various elements used for his take on Li’s work – from the Buddhist elements, the character’s new direction, the tigers, and the setting – will be points of inspiration for the next Z by HP Ambassador will do. “Surprise me! Maybe the tiger will be transformed into something real?! Now, that would be cool!” he added.

It will be interesting to see how this collaboration moves forward after three creatives have taken a crack at it. For Rames, he is super excited as to what the mixed-media creator and Adobe Photoshop master, Tao Li, can do to take the idea to the next level. It’s the halfway mark and going by how Tao approaches an idea, he will be taking it into a new direction that can add-on or completely transform how the #HPBACKFROMMAX idea moves forward.

Be sure to check out our coverage of Joy Li’s Back From Max’s work here, as well as Yoshi's.