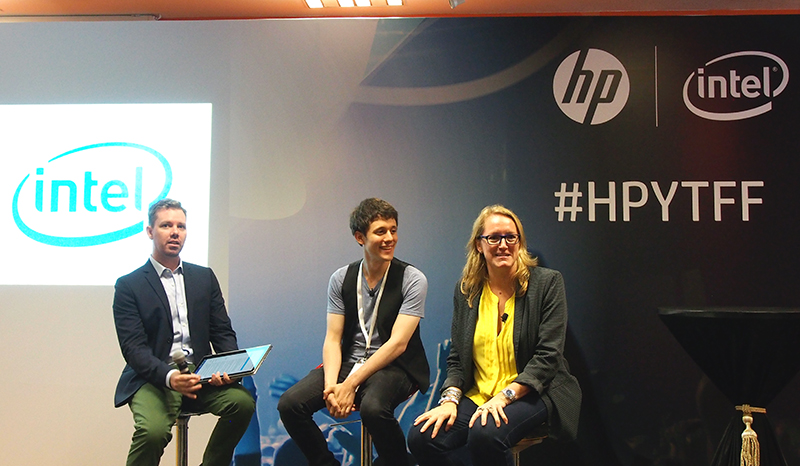 Today, the consumer arm of HP took to YouTube FanFest Singapore 2015 to announce their new refreshed range of Pavilion devices that are targeted at millennials - the term generally used to refer to individuals born in the early 80s to the early 2000s.

In the past year or so, HP has been making a concerted effort at creating products that would attract and appeal to millennials. And at the event today, HP revealed that they even went as far as to visit the top fashion shows around the world to get a taste of the latest fashion trends and to learn what the season's hottest colors were. And with many of Singapore’s youths tuning into YouTube instead of the telly, it is fitting that HP collaborating with popular YouTube artiste Kurt Hugo Schneider and is announcing its latest products at the YouTube FanFest Singapore 2015.

Here are the new products that were announced today: The new HP Pavilion notebooks are available in 14 and 15-inch sizes and are powered by Intel’s new fifth generation “Broadwell” processors. Core i3 to Core i7 configurations are available, as well as up to 2TB of HDD storage and 16GB of RAM on selected models. And for the first time, customers will be able to choose between AMD Radeon and NVIDIA GeForce discrete graphics for their Pavilion notebook. The notebooks will also be available with touch and non-touch displays, and the 15-inch model will also have a Full-HD display option - the default display resolution is 1366 x 768 pixels, which is disappointing low by today's standards. HP is also announcing a new collaboration with Bang & Olufsen, and these new notebooks will feature Bang & Olufsen audio technologies.

To appeal to millennials, the Pavilion notebooks will be available in a variety of colors including Natural Silver, Blizzard White, Sunset Red, Colbat Blue and many more. Prices will begin at S$849 for both the 14-inch and 15-inch models and will be available from June onwards. 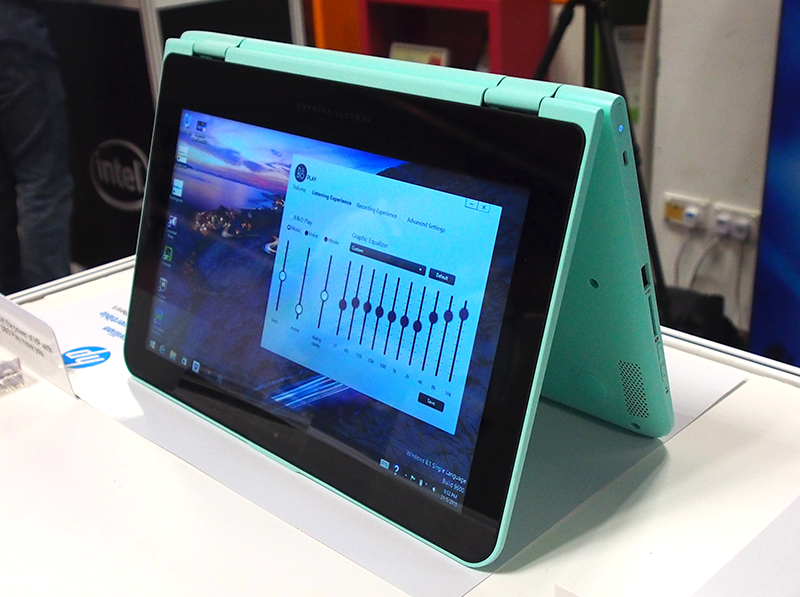 HP is also announcing an affordable 2-in-1 hybrid notebook in the Pavilion x360. The Pavilion x360 features what HP calls a unibody plastic design and is available in two new colors, Sunset Red and Minty Green.

Striking colors aside, the Pavilion x360 features an 11-inch HD display that outputs 1366 x 768 pixels, and is available in a range of processors ranging from Intel Pentium and Celeron to the new Intel Core M, and will be offered with 8GB of RAM. The Pavilion x360 also has a fan-less chassis design and only weighs around 1.4kg. Various storage capacities are available and users can also opt to outfit their Pavilion x360 with speedy SSDs. Like its bigger sibling, the aforementioned Pavilion notebook, the Pavilion x360 will also feature Bang & Olufsen audio technologies.

Like the Pavilion notebook, the Pavilion x360 will be available from next month onwards with prices starting from just S$699. A larger 13-inch model is also in the works. 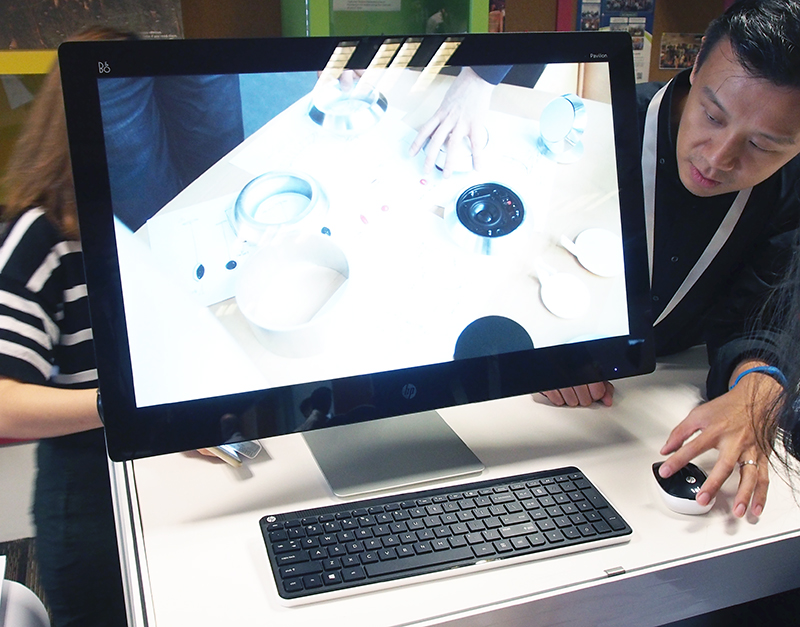 The new Pavilion All-in-One PC is available with 23-inch and 27-inch Full-HD displays and has a distinctive design featuring a classy metal stand and plastic “blizzard-white dot patterns” on the back.

Like the Pavilion notebooks before it, the Pavilion All-in-One PC will be available from June onwards and prices will start at S$1499. 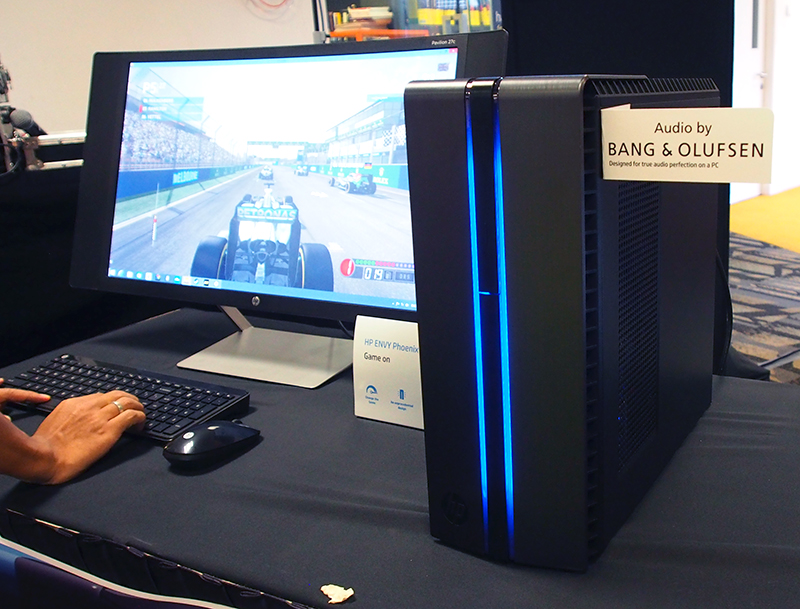 Finally, HP also has something for gamers, the Envy Phoenix desktop. The Envy Phoenix desktop is a tower PC system that comes in a dark aluminum chassis with a brushed aluminum front panel. The front panel also has two strips of LED lights that can be customized. Inside, the Envy Phoenix Desktop is powered by Intel’s fourth generation Haswell quad-core processors and users will have the option of choosing unlocked “K” processors for even more performance. HP is also offering an optional liquid cooling system to allow users to maximize the potential of their systems. Graphics processing duties are handled by NVIDIA’s high-end GeForce GTX 980 graphics card. As befits a system targeted at enthusiasts, the Envy Phoenix is also user upgradeable and HP will allow customers to swap components including storage, memory and even the graphics card.

Pricing and availability details have yet to be confirmed, but a HP representative we spoke to said that a newer variant powered by Intel’s yet to be released sixth generation Skylake processors was in the works and is likely to be ready by August.