Taking Creativity to the Next Level 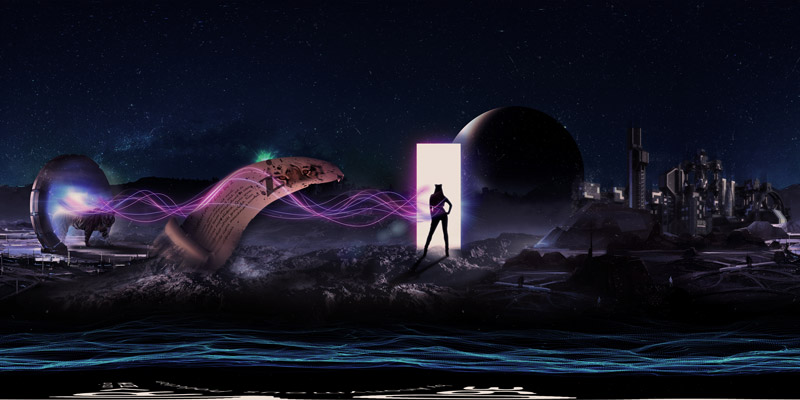 Taking Creativity to the Next Level

Going into the final corner at the last lap or shooting for the hoop with 10-seconds left on the shot-clock – that must have been the feeling Singapore-based Nick Tan is likely to have on this journey. A digital producer and director, Nick was tasked with the role of capping off the #HPBACKFROMMAX global collaboration that HP and Adobe developed to challenge a group of creative talents.

Nick – in his role as Managing Director at AP Media – has always been on the lookout for new and creative ways to bring out the core narrative for a marketing campaign. With #HPBACKFROMMAX, he wanted to craft a suitable response that takes the idea that his fellow creators conceptualised, improved and expanded upon, transformed, and revolutionised.

With inspiration taken from the concept of his fellow Singaporean creative, Yip “YC” Yew Chong, Tan also swung for the fences with his approach. Tapping on his experience as a digital creative and the deep passion he has for innovating creativity with various media, he went with a totally new approach: going virtual.

By using this next-gen concept to do his work, the results turned out to be both new-age and fantastical. To achieve what he wanted, Tan reinterprets his peers’ works by taking some elements from each and mixing them all up into a virtual reality art-piece. Just head on over here to check it out: http://360vrasia.com/portfolio/wp-content/uploads/2020/06/cosmicevoZ.htm.

Expectations are running high for Tan as not only does he need to close off a huge project – and do it in an awesome way, he must also create a concept that gels all the previous works together. After all, continuity with a recap and then concluding the campaign is a must to ensure there is a proper finale. These are some of the primary reasons that inspired Tan to go with a fresh approach.

From a table-top trading card game that introduces the female protagonist, to a deep-dive into her character and her world, and further exploring the elements that are linked around her – all of them serve to grow the narrative of this multi-party concept. Tan must consider how each can contribute as a design pillar for his work. At the same time, he must also not fall into the trap of following what YC already did.

How can Tan stand apart from his peers’ works, yet still tie them all together into a cohesive narrative? These are the factors Tan have gone over and over as he put his idea on paper. 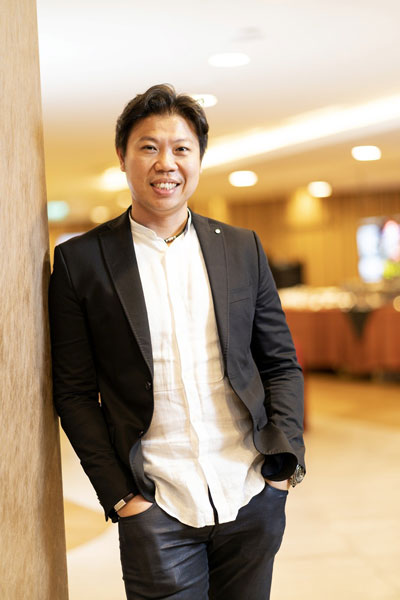 “My interpretation of the evolution and journey of the character that Joy Li created is based on the idea of introducing the Evolution of Z [from HP] and [taking the lead] from YC’s work. Personally, while I keep to the original essence of Li’s 'Crouching Tiger, Hidden Dragon’ concept, I also [wanted to incorporate] each artist’s interpretation somehow. After all, it is not meant to be a direct representation of any artwork,” Tan shared.

With this big idea in mind, Tan looked at what he can pull from each creative work and integrate into this virtualised concept he wants to create. In terms of elements, he listed the following – the tiger aspect from Li; prayer scroll that Rames Harikrishnasamy and Tao Li alluded to; eyes of the tiger that YC’s work highlighted; a silhouette of the main character that Yoshihiro Enatsu’s video played with.

“From all their narratives, the journey of each artist feels like an evolution through time and space. [That became the basis for conceptualising] the portal and how it transcends from one dimension to another. [Powering this] is the particle vortex at the bottom, an element that signifies the evolution of all beings into the digital space. It’s like an evolution of art – [let’s call this] Cosmic Z,” Tan added.

In putting these elements and his own ideas into a virtual realm, it created a literal transformation sequence of how each concept evolved. As it starts from one state and moves to another, the evolution traces the journey of creativity for each artist. It also charts how the story will continue to progress towards the future.

For Tan, it’s not just about creating a completely new idea to complement the art-pieces and creative works that his peers produced. With this virtual realm, he also wanted to create the “What’s Next?” narrative as there is truly no end to creativity. This continuity process is reflected within the digital museum as it shows the artworks of each creative within the virtual realm.

The idea of an evolution, while not new in the creative world, is given life in what Tan put together. Like the stories that the #HPBACKFROMMAX creative ambassadors put together for each of their concepts, Tan crafted his own story by tying them all back into a singular narrative. Specifically, one that plays up the relation of the creative flow that he and his fellow peers brought to the campaign.

As the Z by HP range focused on delivering the very best experience for productivity, catering to changing demands of its clientele, it’s very much the same for Tan with what he wanted to achieve. “[My work is focused] on the whole transformation and its inclusiveness in the various disciplines and their respective workflows. The goal is to integrate these artistic expressions, the meaning of evolution workflows, and the cross-discipline of the arts into a 360° virtual space,” he revealed.

Tan strongly believes that this collaboration, and the others that it will inspire, truly transcends beyond individuals and amplifies one’s creativity. “All these artists have been able to share their creative expression and execution in their own way. Like them, I have been inspired to express [this ongoing story] in my own method,” he said.

At this juncture, there is now a contest running with this collaborative HP event. For those who want to try reinterpreting the concept Tan made and submit it on your IG profile, you will officially be in the running for the grand prize – a high-performance notebook from the Z by HP line and one-year access to Adobe Creative Cloud.

Here's how you can win cool prizes too! 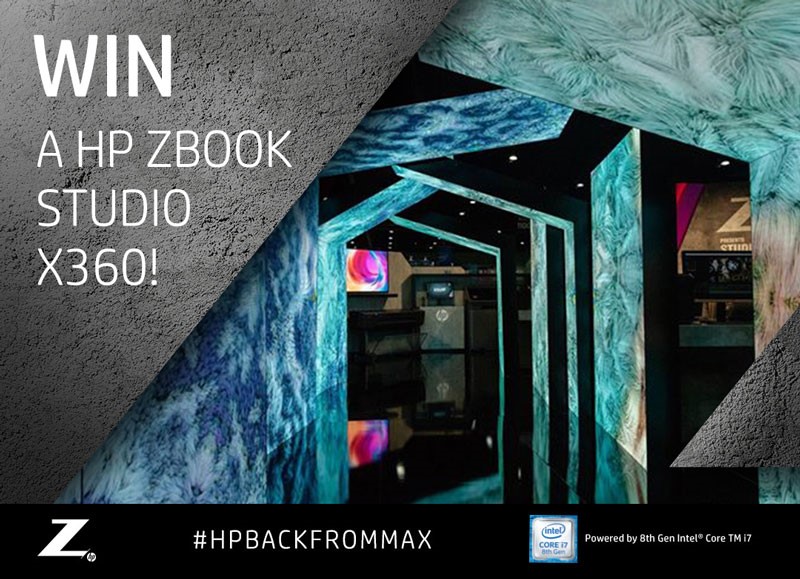 HP would like you to be a part of the artist’s journey too, and in the process, you might even stand a chance to win HP ZBook Studio x360 laptops with a one-year Adobe Creative Cloud license (worth more than US$6,000 in total). Here’s how:-

Judging criteria shall be based on the theme's consistency, overall quality, creativity and artistic composition.