How the Tegra X1 will power smart cars of the future

How the Tegra X1 will power smart cars of the future

Powering the cars of tomorrow

There’s no doubt that NVIDIA’s new Tegra X1 is a powerful chip. Earlier, we previewed its benchmarking performance and showed that it is arguably the most powerful mobile chip in the market right now. However, as NVIDIA’s CEO Jen-Hsun Huang said last year, he believes that his company’s Tegra chips have great potential in the automotive market and even said today that cars of the future will have even more computing power than anything you own today. And with the announcement of the Tegra X1, he unveiled new technologies that will allow the Tegra X1 to better fulfill its role as a superchip for automobiles. For the uninitiated, the Tegra X1 is the successor to last year’s Tegra K1. It is based on NVIDIA’s new Maxwell architecture and has 256 cores, complemented by a 64-bit ready 8-core ARM processor. Thanks to its hardware, it is the first mobile chip capable of support 10-bit color 4K video at 60fps and is also the first mobile chip to surpass 1 teraflop of computing performance - the same as a dual-GPU Radeon HD 3870 X2 (the first GPU to break the 1 teraflop barrier) from 7 years ago! To find out more about its performance characteristics, check out its benchmarks scores in our preview here. 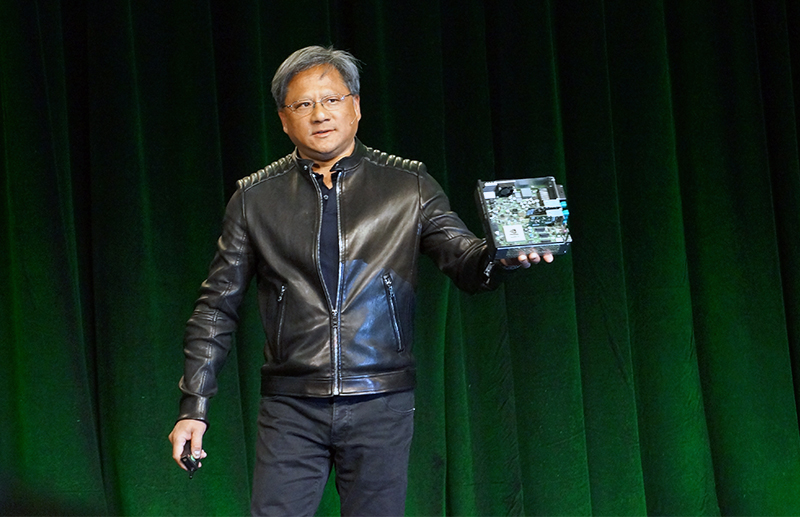 The first automotive technology NVIDIA introduced is called NVIDIA Drive CX, which is really a digital cockpit computer designed to drive displays in your car. NVIDIA claims it is the most advanced visual computing platform for automobiles right now and although NVIDIA did not mention the maximum number of displays it can drive, it did say that Drive CX can drive a maximum of 16.6 million pixels. In the press conference, Jen-Hsun Huang also mentioned that in the future, we can expect more displays in the car, such as the mirrors, A-pillars, head rests and more. These displays can be used to display information such as water temperature, oil temperature and so on to keep the driver up-to-date about his or her car’s conditions. 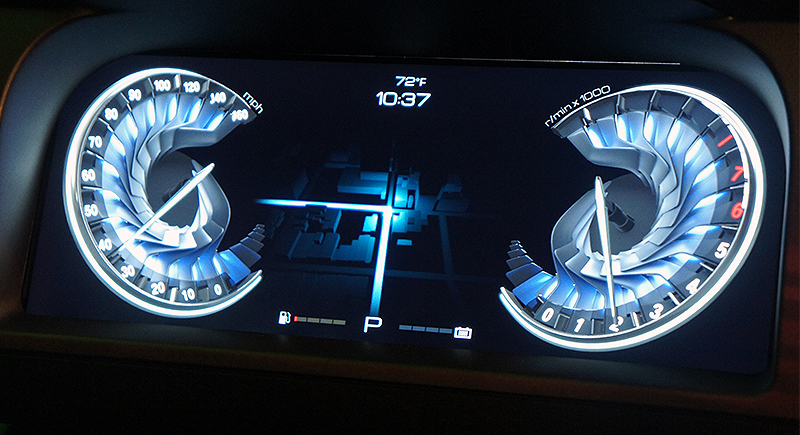 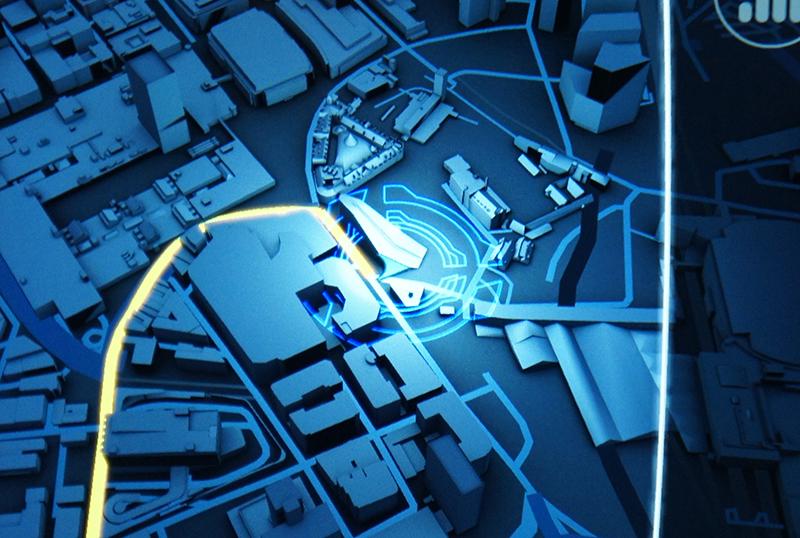 Powering displays aside, Drive CX will allow automakers to design highly visual and advanced cockpit displays - think speedometers, tachometers and GPS maps. Currently, most graphics on in-car displays are relatively simple from a technical point of view, there’s no advanced graphic effects such as ambient lighting, specular lighting, occlusion and so forth. Drive CX will change that. Thanks to Tegra X1, automakers can now employ graphics technology found in games to in-car cockpit displays. The foundations for this have been in the works for sometime, from the days of the Tegra 3, but it's Tegra K1 that kicked up the focus to jazz up the car infotainment units and the main dashboard as seen in our previous video showcasing how Tegra K1 was made with such usage in mind.

Jen-Hsun then showed us examples of Drive CX displays and was quick to reiterate that what we were seeing were not mere pictures, but graphics that had to be computed and rendered in real-time. Here's condensed version of the live demos that were conducted at the press conference to showcase Drive CX:- 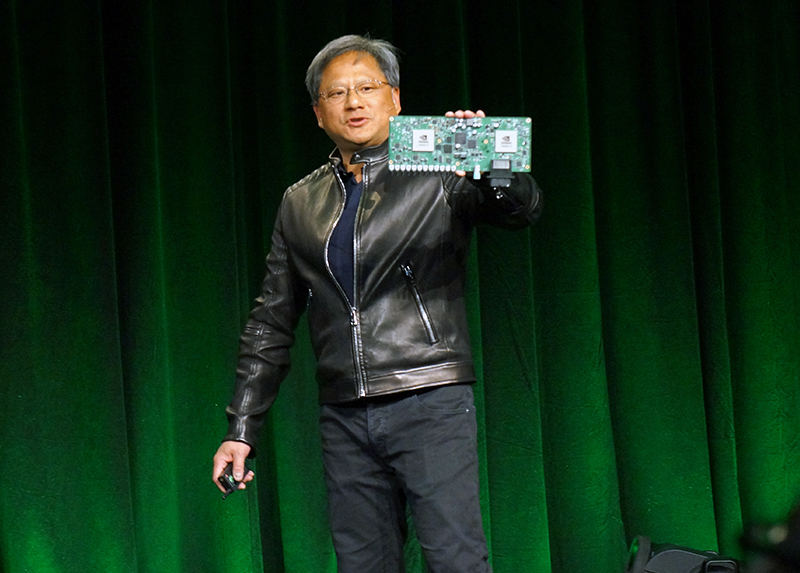 Perhaps what’s more impressive is NVIDIA Drive PX, a supercomputer for the car that is made up of two Tegra X1 chips, giving a total compute performance of 2.3 teraflops. At this point, you might be wondering why would a car need this much processing power. The end goal is to enable the car to drive itself, but to do so, it needs to understand its surroundings, which requires lots of processing power, hence the two Tegra X1 chips.

According to NVIDIA, as camera technology improves, automakers are steadily turning to cameras to replace traditional sensors such as infrared and laser. And the beauty of cameras is that it can capture a car’s surroundings in greater detail and in color. The Drive PX can process up to 12 high-resolution camera feeds or up to 1.3 gigapixels per second and using a deep neural network model, the Drive PX will classify objects, such as traffic lights, pedestrians, cyclists, cars and more, as it drives along and will react accordingly. What was especially impressive was that the system could not only recognize other cars, but could also classify them according to their type. For example, it could differentiate SUVs from regular sedans and could even identify police cars. 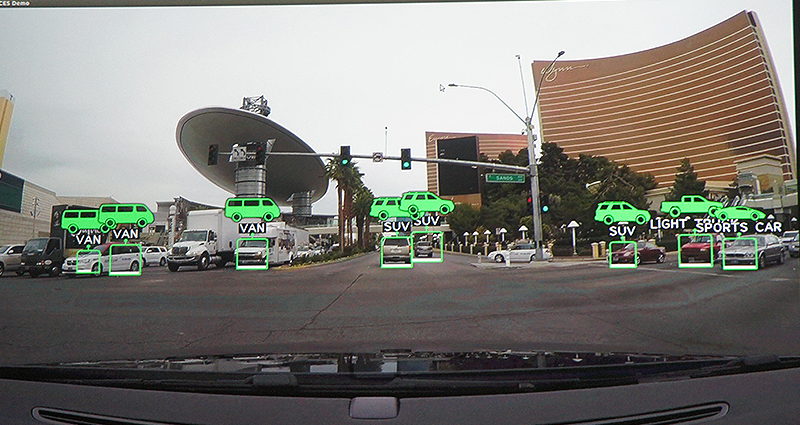 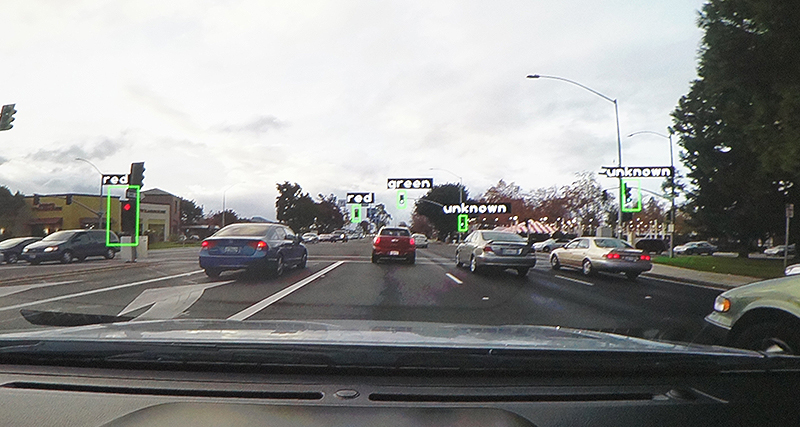 Key to this is the deep neural network model, which is a new process in image recognition. Prior to this, most onboard car processors used a rudimentary technique called feature sets, where it uses predefined parameters to identify their surroundings. While this has been proven to be rather effective, it does have its shortcomings. For example, it might not be able to properly identify a pedestrian as a pedestrian if it was partially blocked by an obstacle. On the other hand, a deep neural network model would be able to do so as it uses a more flexible recognition algorithm. NVIDIA even purposed a model in which its database would be constantly updated by cars using the Drive PX system, allowing the entire system to be more effective at recognizing its environment as drivers use it more and more. While the Tegra X1 is powerful, the algorithm for recognizing objects actually has to be processed by offsite servers. Again, NVIDIA took the opportunity to say that thanks to its GPUs, it has been able to speed up the time at which these processing takes place from weeks and months to mere hours and days.

Obviously, the Drive PX is not something that users would be able to go out and buy and install into their cars by themselves. Fortunately, Audi has committed themselves to this system and has already put this system into testing. They also showed us a car with a futuristic interior laden with displays and said that their cars would look very similar to this in future. 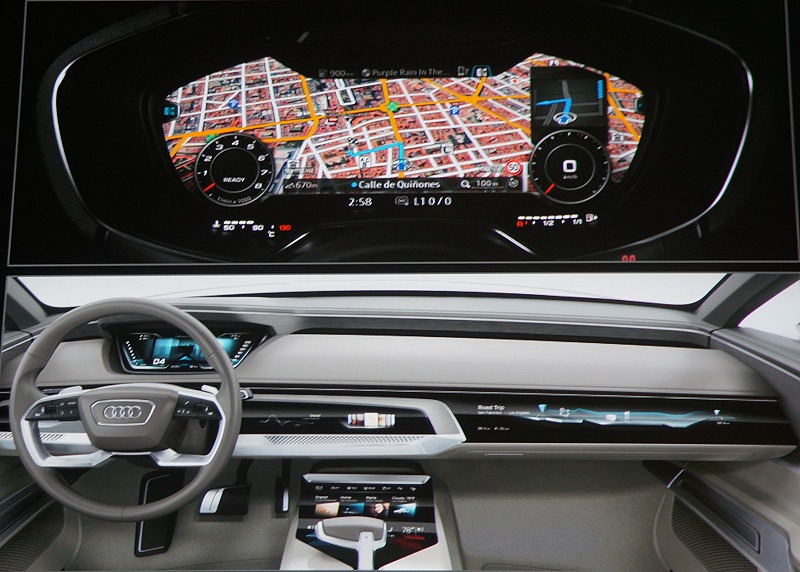 Finally, NVIDIA showed off Drive PX Surround Vision, which is a technology that aims to enable a car to park itself. Using cameras mounted at strategic points - front, rear, sides and top - Drive PX is able to paint an accurate picture of its surroundings to drive and park itself, thanks to path finding procedures enabled by the massive amount of surround image processing to make the car more aware of its surroundings. Here's a detailed video demoing these features and capabilities of the NVIDIA Drive PX:- 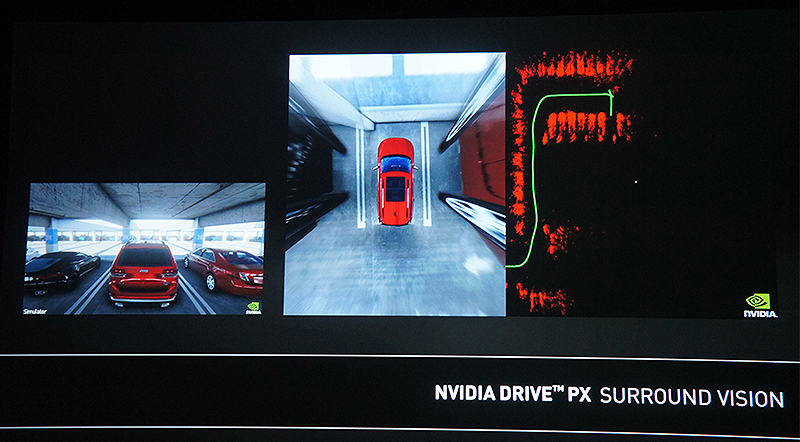 In short, what we're seeing here is a glimpse of the future and bringing the price barriers down from existing implementations, and making the car smarter than ever before. The only question that remains is how soon will automotive players bite into this and bring it to the masses. That's a story for another day as today, it's all about the technology that enables the vision of the future.