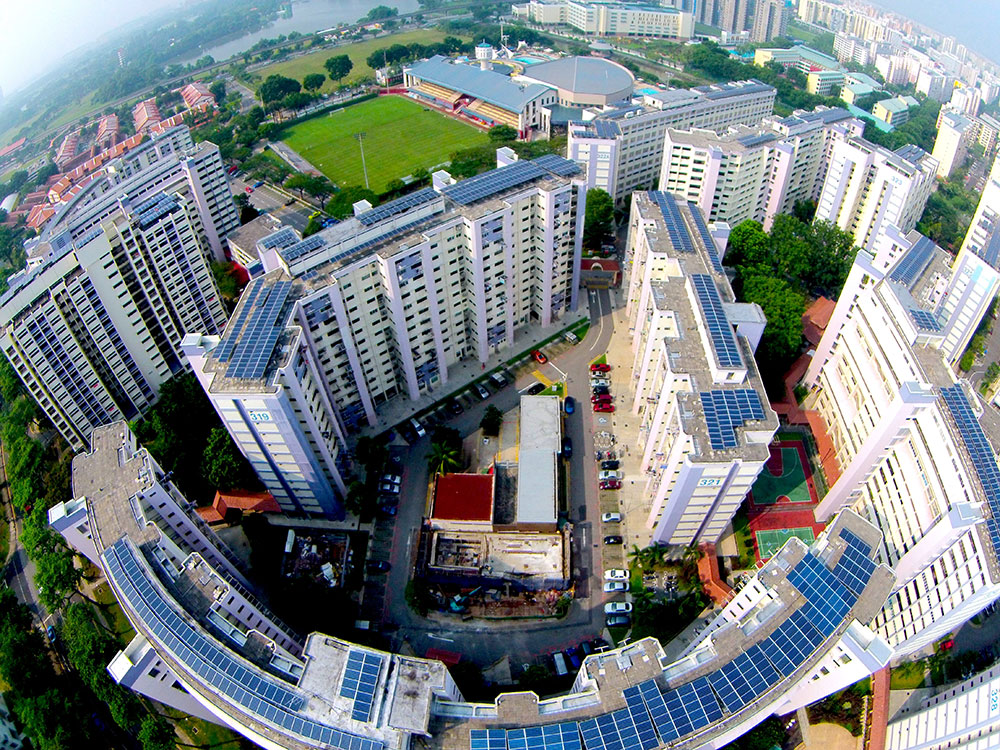 In April, the Energy Market Authority (EMA) soft-launched the Open Electricity Market (OEM) for residents in Jurong. The OEM allows households to buy electricity from retailers other than the Singapore Power (SP) Group, and it’s expected to be extended to the rest of Singapore in the second half of the year.

Sunseap has formed a joint partnership with StarHub and is one of the retailers offering electricity plans. You may remember Sunseap; the company provides solar energy to Apple and Microsoft Singapore.

Sunseap and StarHub’s two energy plans offer residents the option to power their homes with either 5% or 100% solar power. Sun Electric is the other retailer offering solar energy plans, but only at up to 5% solar power.

The plans are good news if you want to play your part for the environment. But how does it actually work? How does solar power generated rooftops away make its way into your household? What happens if it’s a rainy day? And why is the 100% green energy plans more expensive than the 5% plan? 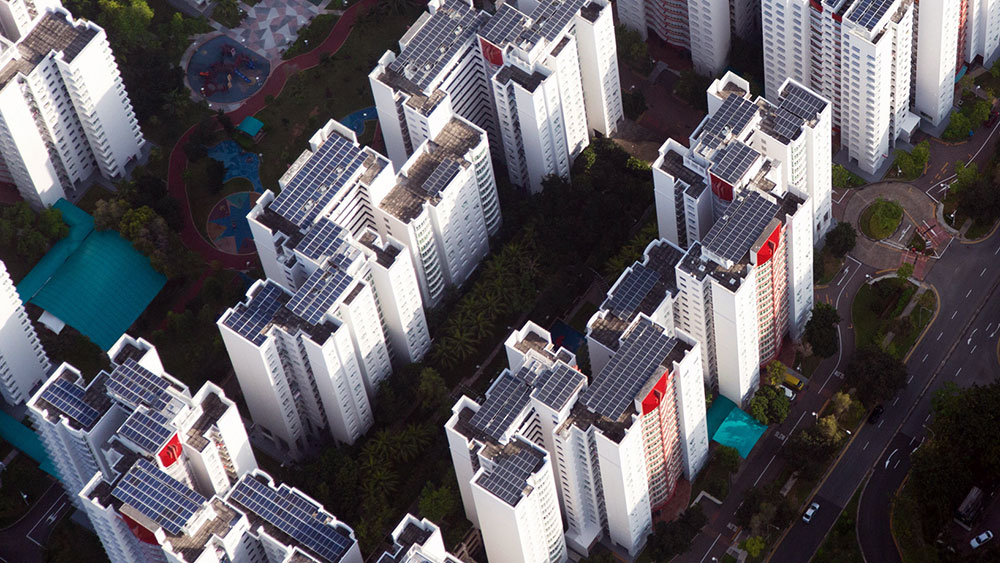 Sunseap has installed more than 1,000 solar power systems across buildings in Singapore, most of which are for their corporate clients. These systems generate power from the sun and can feed energy into their clients’ buildings. This is getting clean energy right from the source.

Residential customers don’t have the option of installing solar panels on top of their flats or condominiums. In this case, a matching system is used. Solar power generated and unconsumed by Sunseap’s clients is channeled into the national electricity grid, which is managed by SP Group. Think of the grid as a shared power pool that everyone draws from.

When the clean energy goes into the grid, it’s mixed in with energy generated from multiple sources. At that point, it can’t be distinguished whether the energy is clean or not — it’s all just power. That’s where an accounting instrument called the renewable energy certificate (REC) comes in.

As long as the energy drawn from the grid by Sunseap’s customers equal to the clean energy certified via the RECs, it is considered clean energy use. Besides Singapore, RECs are also used in the United States and Australia in the same way.

Confused? Here’s an example to make sense of it all 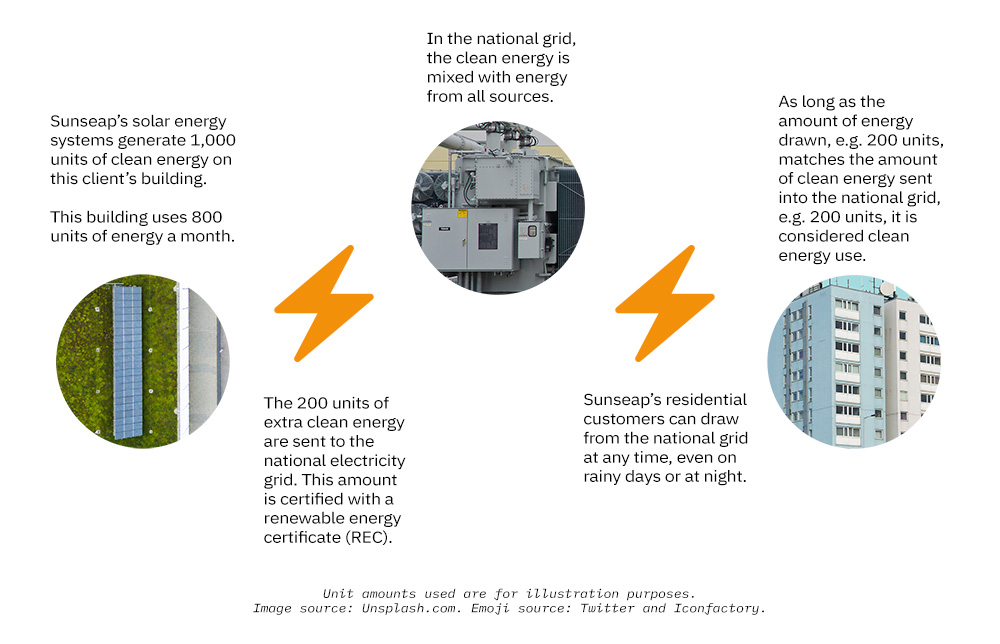 Let’s imagine a simple scenario. Sunseap installs a solar energy system on one of its corporate clients’ buildings. For illustration’s sake, we’ll say this system generates 1,000 units of clean energy a month.

If the building uses 800 units of clean energy, the extra 200 units are funneled into the national grid, where it’s mixed with energy from all sources. Anyone can draw this 200 units from this shared pool anytime.

SERIS checks the meters on the building at the end of the month. It certifies with RECs that 200 units of clean energy were sent into the national grid.

Now imagine Sunseap has four residential customers, each of which uses 50 units of energy a month. That adds up to a total of 200 units. These households will draw energy from the grid at all times, even when the day is cloudy, or at night when there’s no sun.

Because of the RECs, this doesn’t matter. As long as the clean energy sent into the grid matches with the amount drawn from Sunseap’s customers, it constitutes clean energy use. It also means that 100% solar energy users won’t experience a cut in power when there’s no sun.

Sunseap and StarHub are offering two clean energy plans. The Green Save plan receives 5% clean power and a 20% discount off the regulated tariff. The Green Life plan is a 100% clean energy plan where subscribers will receive electricity at the usual tariff.

Sunseap explained that the 100% green energy plan is not discounted because of the significant investments involved in the solar energy systems. The company is not able to absorb this cost, but they can match the currently regulated tariffs.

StarHub will channel 5% of its profits from this business into a clean energy fund for the next three years. If you subscribe to either plan, you’ll be contributing to the fund. The fund will be used for environmental conservation and initiatives to increase the adoption of clean energy. As the fund has only just started, StarHub says details about its use will be announced at a later time.