How to get the MIUI 7 beta onto your Xiaomi smartphone

How to get MIUI 7

That’s because there are two versions of MIUI:

The MIUI Global Stable ROM is what Xiaomi devices run out of the box. They’re the most stable and bug-free version of MIUI currently available, and the current stable version is MIUI 6. These ROMs trade having the latest features for stability.

Because MIUI 7 is currently in beta, when you install MIUI 7 you’ll be trading in a Stable ROM for a Developer/Beta ROM. When you get further updates, they’ll be for the Developer/Beta ROM. It also means that if you want to go back to running the Stable ROM, you’ll need to reinstall the MIUI 6 ROM once again.

Once again, as with all beta software, we advise that you proceed with caution …

How do you know which ROM you’re using now?

To check which ROM you’re on, just go to the built-in Updater app, and check your version number. 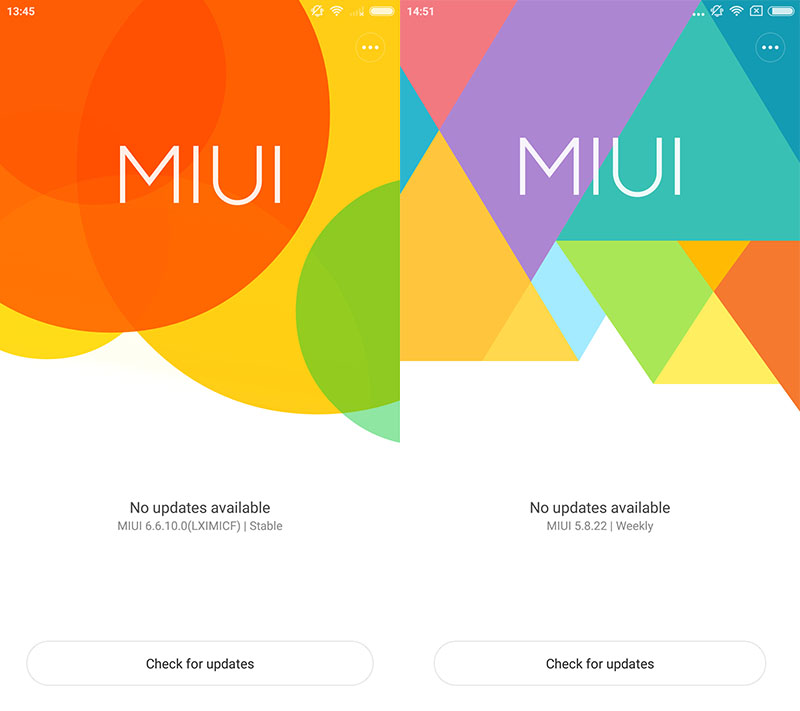 To install the MIUI 7 beta ROM, you’ll need to:

(The download links are listed after the MIUI 7 changelog.)

Once the ROM has been downloaded, rename it to ‘update.zip’ (without the ‘’ quote marks).

3. Transfer the ROM over to your Xiaomi device

Connect your Xiaomi device to your PC via micro-USB, and copy the renamed ‘update.zip’ ROM file into the root directory of your device (do not put it into any folder).

Your Xiaomi device should show up automatically on your PC. It didn’t show up on my Mac’s Finder, so I had to download and install the Android File Transfer app.

Once the Transfer app is installed, launch it, and you should be able to see the Xiaomi’s directory in the app. Copy the ‘update.zip’ ROM file in the Finder, and paste it into your phone’s root directory (do not put it into any folder). 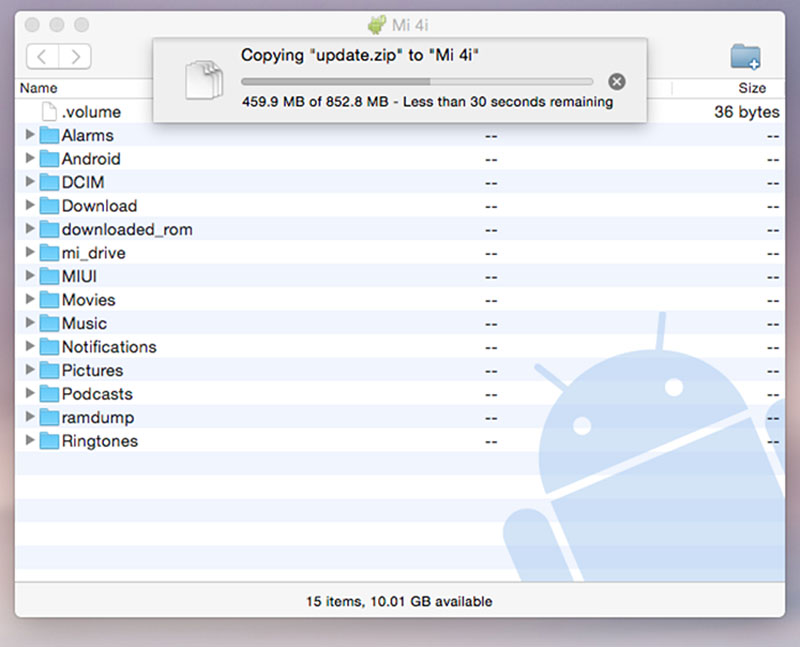 Once the ‘update.zip’ ROM file has been transferred, leave the USB cable plugged in or plug your smartphone into a wall charger if it has low battery.

Enter Recovery Mode by launching the Updater app, and clicking the ‘…’ icon on the top-right corner. Select ‘Reboot to Recovery Mode’.

Your smartphone will reboot.

Once in Recovery Mode, the touchscreen won’t work, but you can use the Volume buttons to select up or down, and the Power button to confirm your selection.

In Recovery Mode, select the ‘Install update.zip to System’ option, and your smartphone will begin updating. Once it’s installed the ROM, choose ‘Reboot to System’, and your device should boot into MIUI 7.

To double-check that you’re running the MIUI 7 beta, launch the Updater app, and check your version number. You should see the version start with the number ‘5’, e.g. 5.8.22. If so, success! How to downgrade back to MIUI 6 after installing MIUI 7?

What if you've you’ve installed the MIUI 7 beta, but aren't quite satisfied and want to roll back to MIUI 6? The way to go back is essentially the same way you got onto the MIUI 7 beta. We detail the steps in this follow-up article.