Money talks: How do Free-to-Play games rake in their profits?

Where's all the money coming from? According to data collection site SuperData's Year-in-Review report for 2019, a whopping 4 out of every 5 dollars spent on digital gaming last year originated from free-to-play, or F2P titles.

Now, if there's anything here worth commenting on, it'd definitely be the sheer irony of it. How can something that's supposedly free for gamers to enjoy and experience end up costing anything at all, much less creating 80% of 2019's digital gaming expenditure?

To answer that, we first need to reveal the biggest unspoken truth about F2P games: they are only classified as such on paper.

The F2P label simply means that new players can jump right in without making any prior payment, but it doesn't account for whether said players will have a satisfying experience hovering at that rung on the ladder. For those who are, it's all well and good - the developers will have already accomplished their objective of delivering a great game. But where the whole ecosystem gets interesting is when players decide that they aren't happy with where they are. Speaking from experience, the current generation of F2P games usually use 2 out of 3 different mechanics to help rake in profits, and while some titles do run all three, they're much rarer and tend to fare worse than those with only two mechanics. Of course, the game's performance still largely depends on how the developers angle its content and gameplay, but first, let's take a look at these 3 business models we mentioned and how they bring in money for the developers.

"Will all the whales in the room please stand up?"

This is where all the "free-to-play, but pay-to-win" games go. Fundamentally, these titles aim to profit off gamers' competitivity and drive to be the best. By establishing a clear divide between those who are willing to toss money for the game and those that aren't (The Pay Wall), the developers create an intense PvP-focused environment that quickly weeds out pure F2P players, tempting them to toss real cash in order to stay competitive. It's usually accomplished by having a PvP ranking system or leaderboard, where the top players each month or otherwise are awarded rare and powerful items. Examples of such games are Honkai Impact 3 and the since-discontinued Dengeki Bunko: Crossing Void. 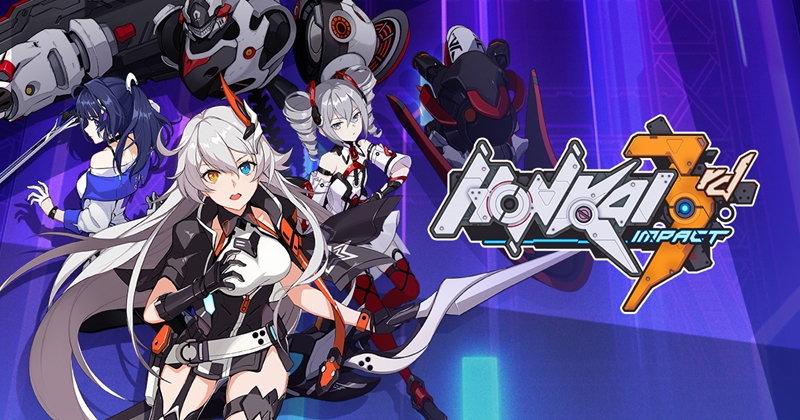 Without forking out money, F2P player characters are naturally unable to compete with the P2W players' characters in terms of equipment, power, and abilities. This generates a vicious cycle where the "rich" only get richer while the "poor" stay where they are - effectively maintaining the Pay Wall until the F2P players have had enough of playing second fiddle and cash in, or quit the game entirely. Fundamentally, it's by far the most brutal of the three business models, and the community here usually consists of the same few groups of players occupying the highest echelons of the competitive ladder.

There are a few exceptions to the rule, though. Games like Hearthstone, which tend to be more skill-based in nature (bar the occasional bad RNG), are one of the few Type 1 games with in-built methods to let players subvert the Pay Wall. Case in point, some of the game's cheaper decks, like Face Hunter and Zoo Warlock, are quite evergreen in terms of competitive viability, and players can still do well with it if they're good enough.

"In this world, there are good things and bad things. And then there's the gacha."

Moving on to the second mechanic. Type 2 F2P games are by and large the most commonly adopted business model on the market today. How these titles aim to profit is by introducing seasonal and event-exclusive characters and equipment regularly. The methods of acquisition are further split into two sub-types: players either fork out money to buy the item off the store or try their luck in the respective lottery. The former is more often seen in games that utilise generic avatars, such as Fortnite and League of Legends, where we often come across "paid" character cosmetics like these. This method works on the basis that people innately want to set themselves apart from the masses or spice up their gameplay, and if that's not juicy enough to push people over the edge, the chance for bragging rights just might. It's amusing (and borderline laughable) how easily tempted we are, isn't it?

Meanwhile, games that utilise the latter sub-type are what we often call "gacha" games, which is the Japanese word for "lottery". Popular examples include Epic Seven, Bang Dream! Girls Band Party! and Fate/Grand Order on mobile, as well as Dead or Alive: Xtreme Venus Vacation on PC...but do be careful, that last one is a little NSFW. Ahem.

Anyway, let's take a look at Fate/Grand Order. The game periodically hosts special "Summoning Campaigns" with a featured character that is either extremely difficult to get normally or doesn't come back for a while. These characters are usually very appealing in terms of gameplay, aesthetics, or both, which is how the developers motivate players to fork out money for the game's special currency in order to roll the gacha. So, they try, and fail, and try again -the "tempt-spend" cycle continues until the player finally "forces" it out from the lottery, or they give up - the money is spent either way.

As simple as it looks, this is also the most controversial mechanic since it's essentially gambling. Games that use loot boxes such as Overwatch also fall under this classification, and the mechanic's undeniable similarity to conventional gambling is pretty much what sparked the whole hoo-ha about microtransactions to begin with. After all, like any form of gambling, Type 2 games are addictive and have no upper limit on expenditure, making it particularly dangerous if young children get into the habit of buying these currency packages.

Type 3 formats, or the "Resource Gate", type of F2P games were more popular back in the early days of the smartphone, and only a handful of them have made it all the way to 2020. Clash of Clans, while not as popular as it once was, still relies mostly on this mechanic to generate revenue. So, how does it work?

The answer is simple: time.

Here's a simple analogy. Say you're a truck driver who's delivering a shipment of goods to the port, and you encounter a traffic jam along your usual route. You estimate that the congestion will clear up within an hour, but also remember a nearby detour which bypasses the jam, although it will incur additional traffic tolls. The delivery isn't urgent, but you know that finishing this stint means starting the next one faster. The question is: would you pay the toll in exchange for that? That's the same concept Type 3 games work on. In the case of Clash of Clans, players can continuously build and upgrade their base, with the length of time required to complete these projects increasing as the structures get more advanced. The higher-tiered ones can take several days or more, but the game always offers you the option of completing it immediately if you fork out certain amounts of special currency, which once again often require real cash to acquire.

The alternative to this is by implementing an in-game energy system that limits the number of tasks you can accomplish at a go. In order to get more energy, you fork out some special currency, and thus the cycle repeats itself.

Regardless of whether they use time, energy or what-have-you, Type 3 F2P games fundamentally profit off our impatience, and although some disciplined gamers are able to resist the urge, others cave in to it, which is how the game separates them from their hard-earned cash.

So, why do some of these games still fail?

At this point, all of these mechanics are simple in theory, but they work ever so well when push comes to shove. That's largely why most of the respective developers are still making lots of money year in and year out. However, there are always stragglers that didn't exactly make it all the way to the "finish line", so to speak.

Usually, it's due to a combination of factors: being seen as too profit-driven, stale and repetitive content, and trying to do too many things at once, among other things. Admittedly, most of these pitfalls aren't limited to F2P titles, but they are especially punishing for such games considering they're almost wholly reliant on regular investments from the community. The aforementioned Dengeki Bunko: Crossing Void is one such example, which unfortunately ended up in the gutter. The game is due to close its doors in mid-February, and that's quite surprising considering the fanbases for its constituent anime series, such as Sword Art Online, Toradora! and Shakugan no Shana are very well-entrenched. Still, as interesting as its gameplay concept was, it was easy to see that having a solid fanbase simply wasn't enough to offset both a lackluster narrative and the ever-increasing gap between its free-to-play and pay-to-win demographic.

Nevertheless, there's no mistaking the potential of the F2P format in terms of revenue generation. As long as the developers keep producing content that they think is interesting, chances are there will be players who feel the same way and are willing to fork out cash for it.