How Computing Touchscreen Displays have changed over the last two decades

How Computing Touchscreen Displays have changed over the last two decades 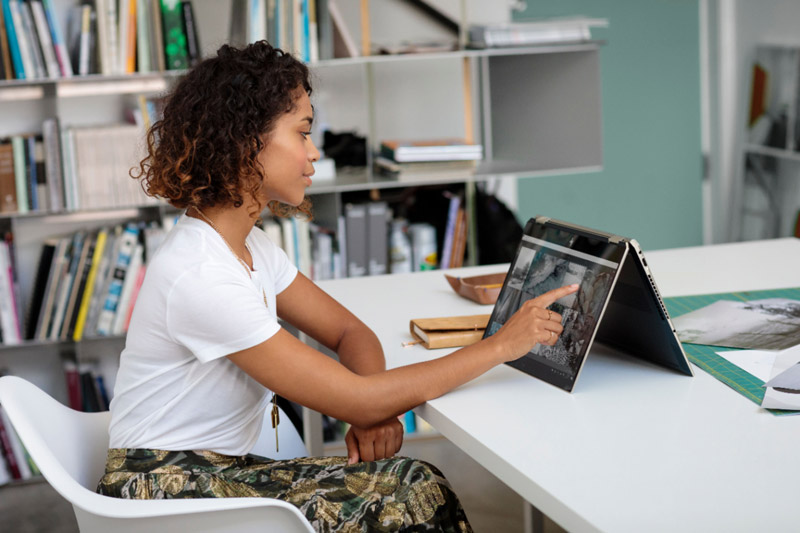 When computers were first created in the 1960s, keyboards were the only one could input any commands. That changed with the arrival of the mouse in the 1980s and, after that, innovation took over and ensured the two received various updates over the years, both incremental and critical. The touchscreen feature came along, specifically for touch and drawing inputs, sometime in the 1980s but that didn’t really take-off. Instead, the third input option – one that offered high interactivity on some HP concepts with Sony – remains largely unknown. Even with the re-designs, additional features, and new capabilities it has received over time, touchscreen has become a niche product.

That all changed in mid-2000 when touchscreens started appearing on early smartphone incarnations like the HP iPAQ range. Accelerated innovation took hold of touchscreen development right after and drove the concept to new heights during the 2010 smartphone boom. 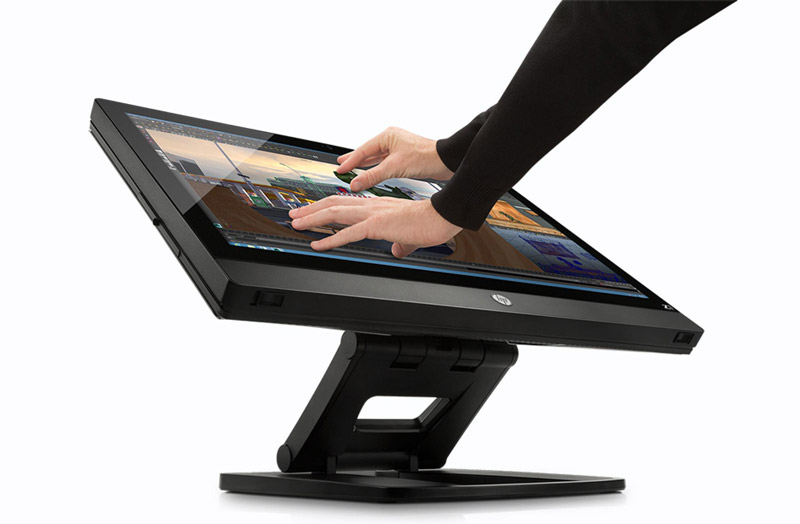 As touchscreen use quickly grew in demand, thanks to how smartphones have become consumer pervasive, it made sense for tablets, and eventually laptops, to come equipped with a multi-point touchscreen. In fact, with how these interactive panels started to literally grow larger, the idea of loading touchscreens on All-in-One PCs is the logical next step.

Touchscreens made the natural transition from smartphones by first moving to Ultrabooks and, eventually, convertible laptops. These ultra-compact and highly versatile systems already come in 13-inch and 15-inch flavours, so it made sense to ramp up the dimensions to large-format. After all, there are touchscreens that measure up to 80-inches and beyond for interactive boards and smart panels. Since laptops with touchscreens are considerably compact and smart-screens are too big to move around, the All-in-One PCs – coming in 24-inch, up to 30-inch sizes – seem to be the most ideal.

In the last decade, the idea of 15-inch convertibles and most 24-inch or so All-in-One PCs quickly took hold and expanded its use as fast as the over-sized smartphones that come with a digital stylus. There is a co-relation here as those in the creative workforce and data-focus workgroups were quick to accept these next-gen devices. Of the two, the creative industry took the lead in driving the demand for touchscreen-powered systems. 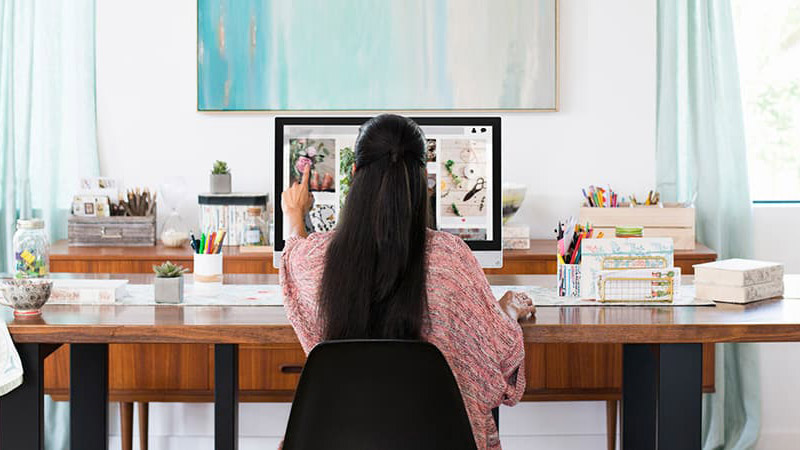 How did the animation, art, and video games industries become the primary driver for the growth of touchscreen use? Mainly, the need for an input system that allowed creatives to translate their talents and skills onto any digital platform became a critical demand. This requirement, which appeared as early as the late-90s, enabled drawing tablet makers to really amp up their offerings. When touchscreens became a core feature for ultra-portable PCs and All-in-One workstations, it made sense for this innovation to put all its focus on being the primary partner for all creatives.

Since drawing tablets dominated the creative market, PC platforms that come with touchscreens were expected to offer similar features. This was on top of the properly colour calibrated display that all creatives insisted on having to ensure there are no issues on hue and saturation balancing. These two requirements accelerated development for touchscreens and the digital stylus on tablet-sized, convertible, and All-in-One PCs. In having these consistently updated platforms, it ensured the creative industry have all the necessities it needed to produce the very best in graphics, visual effects, and concept arts.

Good examples of these would be the HP Envy touchscreen-enabled ultra-compact laptops and Z by HP workstations that come with DreamColor Display capabilities.

Keep in mind, it was not about making big touchscreens for creatives. Even smaller systems – specifically, the convertibles – were suited for writers and those who want to jot down notes, doodle something on-the-go, or quickly put their thoughts onto something, like a digital notepad. The popular 2-in-1 notebooks and Microsoft’s Windows Ink were two of the few that explored and perpetuated this idea. Both platforms and their ecosystem partners, by introducing various drawing and writing advancements for the mobile PC, ensured there was a real need for a touchscreen and digital stylus. 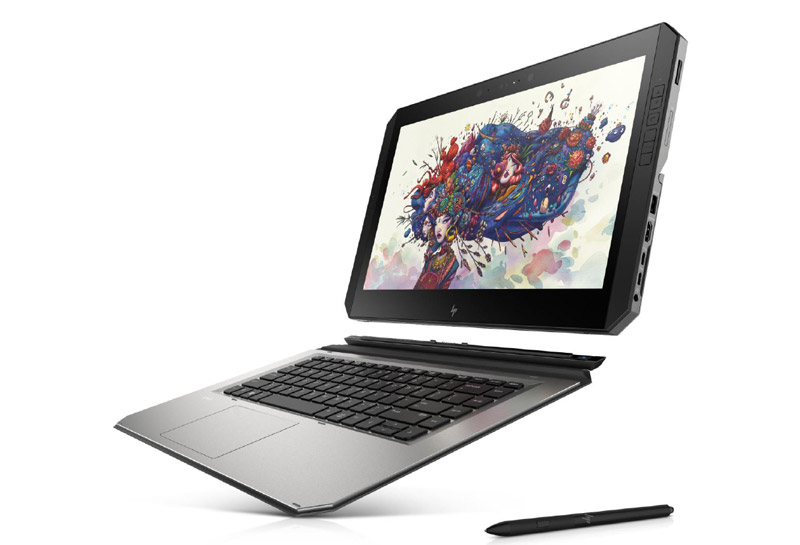 Was it all about the touchscreens? Other aspects, like the digital stylus, user experience, and software capabilities, played a pivotal role as well. As such, it certainly was not all about the innovating the interactive display. In fact, all these aspects have also undergone various enhancements to improve the usability, engagement, and intuitiveness of using a touchscreen.

Historically, the digital stylus was a long-time partner of the touchscreen. It was, at first, a simple writing and touch-enhancement tool that used a rounded edge as the nib. When multi-point panels became the norm, the stylus gained a sharper writing edge to allow for near-pixel accuracy. It then added on digital capabilities when Bluetooth connectivity, hot-key shortcut controls, and interactive controls were added on. The last few updates were all part of the changes that graphical software and next-gen electronics that rolled out over the last few years. That was how the stylus picked up the ‘digital’ aspects.

These augmentations were what encouraged creatives to truly embrace convertible and All-in-One PCs as the go-to platform to produce their works.

When it comes to user experience, touchscreens cannot be matched. It goes beyond clicking, or tapping to be more accurate, anywhere on the screen. Engaging apps quickly, performing quick actions like copy/paste, adding notations on a specific spot that is tricky to do with a mouse, and being able to interact with almost anything on the screen – all these were only possible with a touchscreen.

As for the creative industry, the touchscreen and the digital stylus have been the ones that really changed how artists, designers, writers, and content producers worked. Where the drawing tablet was a hardware extension that allowed for drawing and writing inputs, the touchscreen helped introduced true user interaction and enriched engagement.

Current functions that most have become familiar with, like hot-keys and keyboard shortcuts, are now supplemented with all-new controls that the smart panel offers. Zooming in on an exact location, digitally updating sketches and inking with just a wrist flick, and undoing or changing layers with one tap of a button on the stylus – all of that and more have become the default actions that creatives know by heart.

As PC hardware, design apps, and the overall user experience continue to improve over time, that can only mean the touchscreen can and will undergo more transformative updates.