House of the Dragon review: Fire, blood, and incest

House of the Dragon review: Fire, blood, and incest 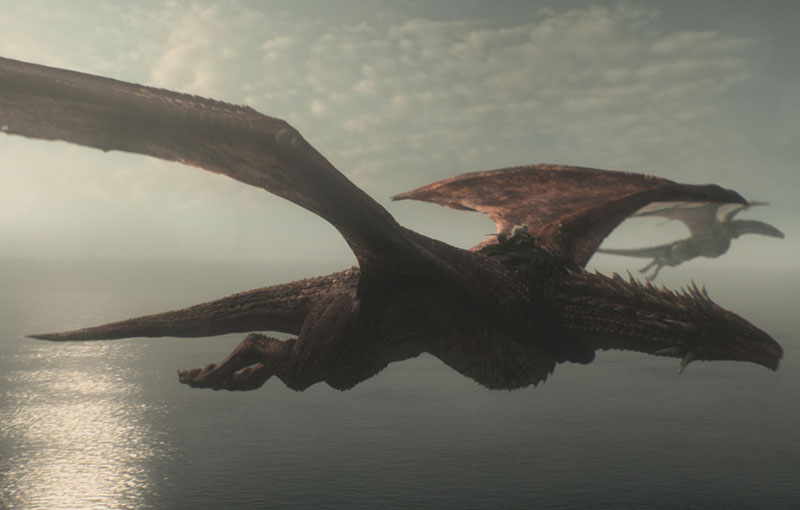 House of the Dragon was billed as a highly-anticipated return to Westeros. A prequel to the events of Game of Thrones, the show is set 172 years before the birth of Daenerys Targaryen, when dragons still flew in the skies above Westeros.

However, while the dead in the North have yet to begin threatening the living, it does not mean that all is well in King's Landing. House of the Dragon marks the start of the fall of House Targaryen, where the civil war known as the Dance of the Dragons wipes out most of the dragons.

From the height of their power with multiple full-grown dragons, the Targaryen dynasty ends ignominiously a century and a half later with the death of Aerys II Targaryen, more popularly known as the Mad King.

House of the Dragon is acutely aware of what made Game of Thrones so good (well, the first seven seasons anyway), deftly playing on the same elements that enthralled viewers for the better part of a decade. It is a tragedy at its very core, packed with intrigue, political manoeuvring, and moral depravity that keeps you coming back week after week. 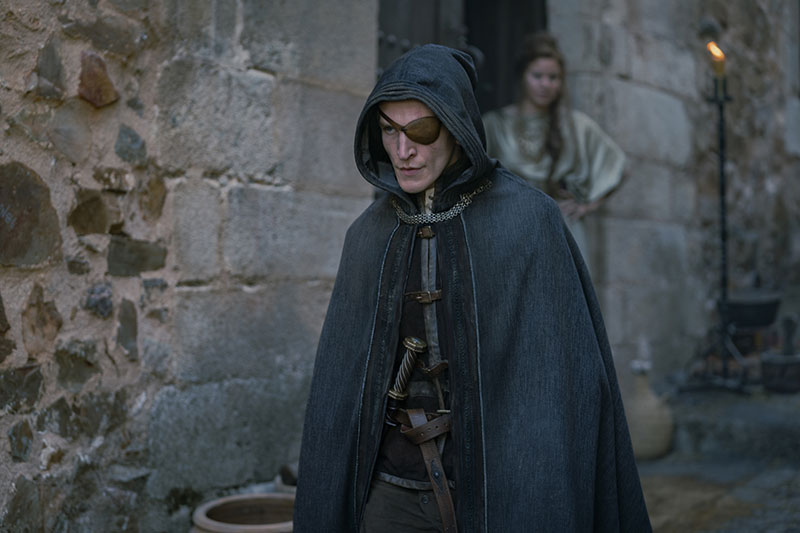 It also wouldn't be a Game of Thrones show without a sprinkling of incest, with Rhaenyra eventually wedding her uncle Daemon to cement their grip on power and solidify her claim to the throne.

The show may be called House of the Dragon, but the game of thrones has well and truly begun. With kindly king Viserys I Targaryen (Paddy Considine) not long for this world, it's only a matter of time before his house descends into infighting. Viserys' story is a heart-wrenching one — a peaceful man who loves his daughter, Rhaenyra (Emma D'Arcy), dearly, he inadvertently sets off the civil war when his last words on his deathbed are misinterpreted by Alicent Hightower.

His slow death over the years, beginning with a seemingly innocuous sore on his back that refuses to heal, is particularly hard to watch because he was one of the few truly good characters on the show. By the end, his body is quite literally ravaged by disease, and the right side of his face has completely been eaten away. 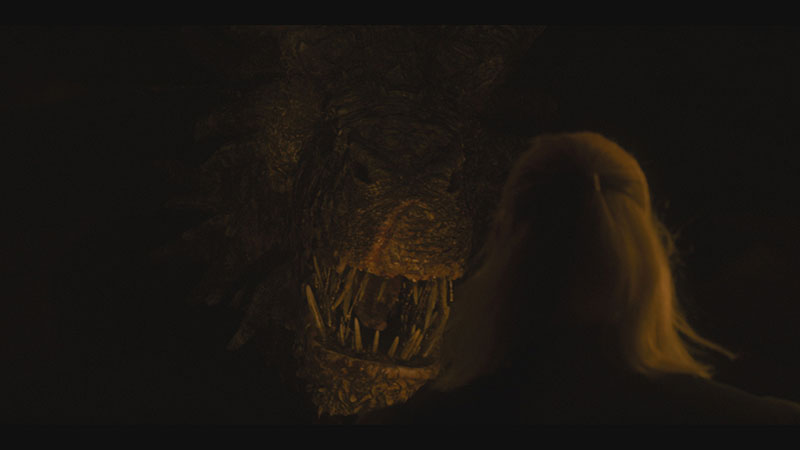 But the events of House of the Dragon are made all the more poignant because of how preventable everything was. From the misunderstood words of a dying man to a queen influenced by the machinations of her father, everyone in their orbit is sucked into a deadly whirlwind of fire and blood.

The show does not shy away from depicting some of the most awful events onscreen — Rhaenyra and Daemon's third child is stillborn, plopping wetly onto the floor with obvious deformities.

House of the Dragon offers a raw and unvarnished version of George R.R. Martin's Fire & Blood. With time jumps that take us from the start of Viserys' reign to the rumblings of civil war, the show and its cast rise to the occasion admirably.

Matt Smith is a particular revelation as Daemon, careening from his own kingly ambitions to Rhaenyra's loyal consort. Smith plays the role with perfect poise, giving life to Daemon's cold ruthlessness and skill as a warrior. 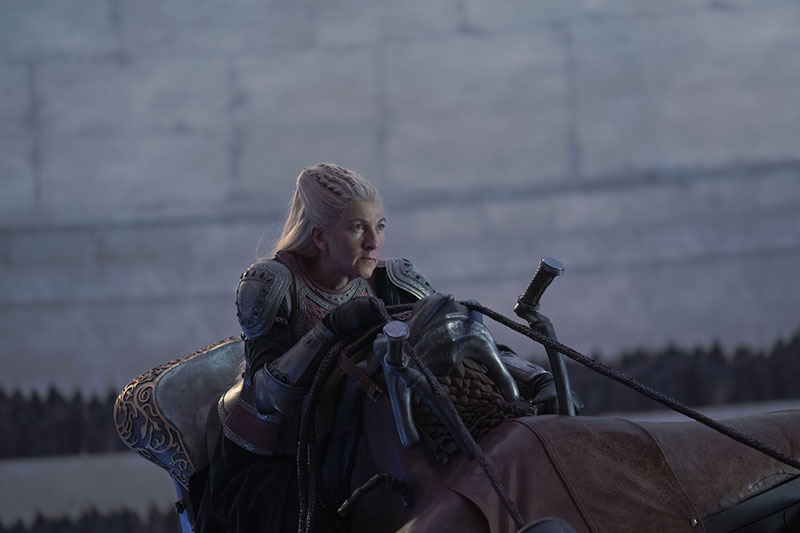 Similarly, Olivia Cooke shines as Alicent, particularly in the last two episodes. As Rhaenyra's childhood friend, she is torn between wanting to keep her friend alive and working to advance her son's claim to the Iron Throne.

The season comes to a brilliant conclusion in its finale, in the battle above Storm's End between Aemond and Lucerys Velaryon. The entire scene is an incredible display of where the show's budget has gone — in the midst of a raging storm, Aemond pursues Lucerys while laughing maniacally.

That said, the chase can hardly be called a battle. Mounted on Vhagar, the largest living dragon, Aemond is older and more experienced. In comparison, Lucerys is barely a teenager and rides Arrax, practically a baby dragon. As Lucerys flies the smaller Arrax into a narrow canyon, the shadow of Vhagar looming overhead in the dark skies conveys a palpable sense of dread.

The size difference between the two is massive — when Vhagar's jaws close around Arrax and rip him and his rider to pieces, Arrax is barely the size of Vhagar's head. 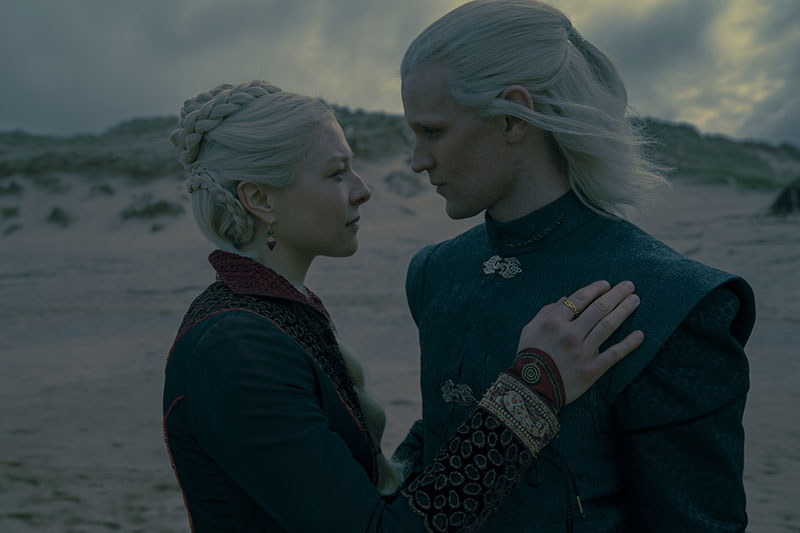 However, the scene is also the perfect representation of how much events have spiraled out of anyone's control. Arrax is the one who strikes first against Lucerys' wishes, blasting a stream of flame in Vhagar's face. As he emerges from the storm into clear skies, an enraged Vhagar bucks Aemond's control and rips the smaller dragon to shreds.

While most might assume that Aemond fully intended to kill Lucerys, his response tells a different story. His desperate cries for Vhagar to stop, and the tears in his eyes as he watches the pieces of Arrax fall through the clouds, are more than enough indication that he never intended for things to go this far. Both princes failed to control their dragons, and one of them ended up paying the ultimate price.

Lucerys' death above Shipbreaker Bay sets up an even more horrific event. In retaliation, Daemon will order assassins Blood and Cheese to kill the toddler son of Aegon II.

The Dance of Dragons is underway, and I cannot wait for what Season 2 brings. This is Game of Thrones at its most brutal and bloodiest — the body count is only set to grow, and there are no winners in this game.

All episodes of House of the Dragon are now streaming on HBO.