Hobbs and Shaw puts pedal to the metal: Is it worth your time?

Hobbs and Shaw puts pedal to the meta 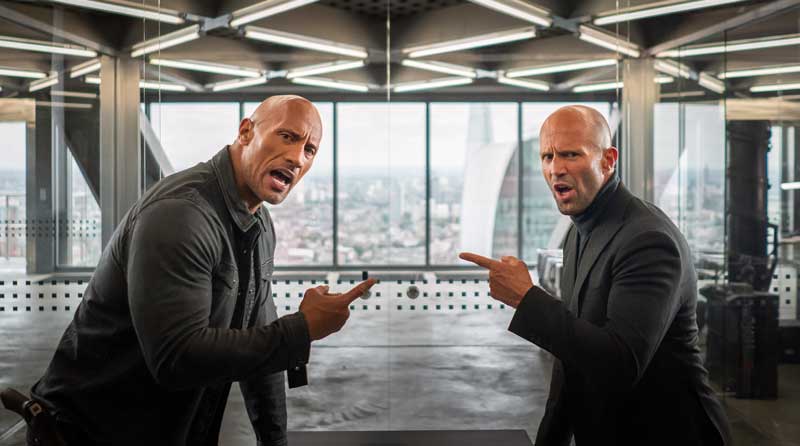 A superhero Fast and Furious?

The Fast and Furious franchise jumped the shark maybe 4 or 5 movies ago, to visibly great success. It’s a strange series that just gets bigger, faster and undoubtedly more silly year-by-year - producing the very definition of 'popcorn movies'. Harmless fun.

Hobbs and Shaw very much continues that tradition, as the Fast and Furious series’ first foray into a larger Marvel-like cinematic universe. And when I say Marvel-like, I thoroughly mean it. This is a superhero movie in everything but name. It has world-ending stakes, an unkillable super villain and huge, explosive setpieces.

Let’s talk about the characters 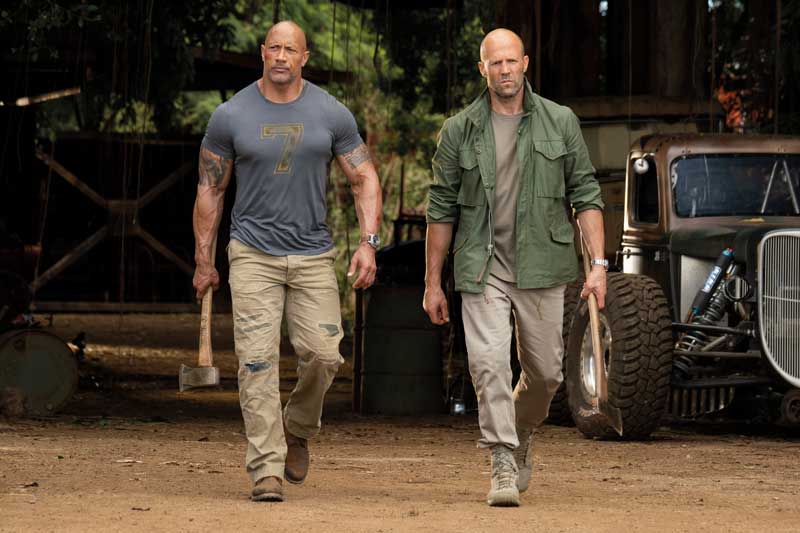 This movie’s main attraction is in its title. Hobbs and Shaw never stop bickering with each other throughout the movie, but hey, that’s what a good buddy cop movie is all about. Their chemistry together is pretty fantastic to watch as it unfolds on screen, but we’re talking about The Rock and Jason Statham here. They’d have chemistry with a vegetable if need be, so this isn’t very surprising.

Still, it’s a lot of testosterone to deal with, and this is where Shaw’s sister Hattie comes in. She’s played by Vanessa Kirby, a newcomer to the Fast and Furious franchise. Vanessa is fantastic in her role, coming off as a Black Widow-esque badass who suffers no fools. Idris Elba also joins as the villainous Brixton, a Terminator from Shaw’s past. 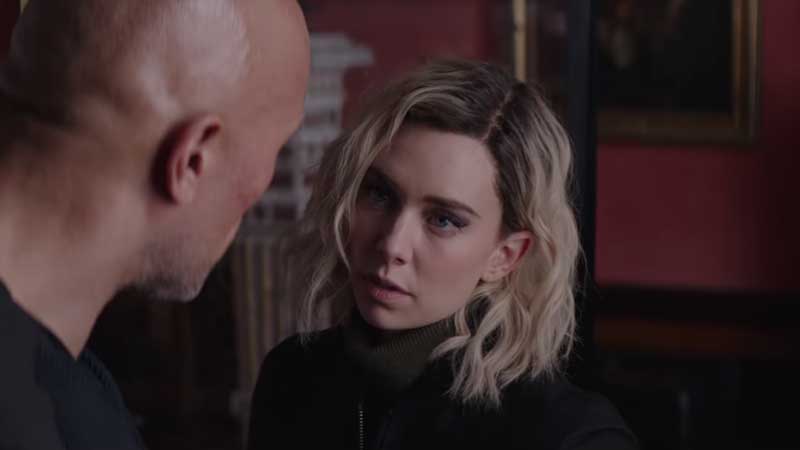 Honestly, Idris isn’t really given much to work with here. Just like most Marvel movies, this movie has a pretty weak, generally forgettable villain. He’s as entertaining as he needs to be, but about as deep as a puddle. All the movie needs you to know about him is that he’s a threat to Hobbs and Shaw, and therefore that’s all he becomes, and nothing more.

What about the story?

The story is pretty simple. Hobbs and Shaw very much despise each other, but are thrown together to stop an apocalypse that a terrorist cult named Etheon threatens to bring about. Etheon thinks that advanced cyborgs are the future of mankind, and they're willing to wipe out the rest of the human race to get their point across.

If it all sounds familiar and generic, that’s because it is. It’s a typical end-of-the-world fare, and is only slightly redeemed by a third act taking place in the country of Samoa. It’s a somewhat refreshing change of scenery and a breath of fresh air from the bullet-like speed that the story moves in.

Still, it’s a really jarring change, and I can’t help but feel like it represents two halves of a movie that can’t quite decide what it wants to be. On one hand, it’s a brainless but capable action movie with a shallow plot, but more than enough explosions to make up for it. On the other, it’s a drama driving forward the theme that the entire Fast and Furious franchise has recently adopted: family. When it goes there, it can be sweet and meaningful, but that only ever happens in between two fight scenes and an explosion half the time.

It’s nice to see an action movie try to be deeper than it has to be, but it just isn’t pulled off very well here. The emotional family drama just comes off as incredibly cheesy and cliche, and not at all what you’d want from a movie like this. Hobbs and Shaw tries really hard to make you care about some deeper underlying message about family but loses it in a sea of explosions and shirtless fight scenes.

What about the ‘action’ part of this action movie? 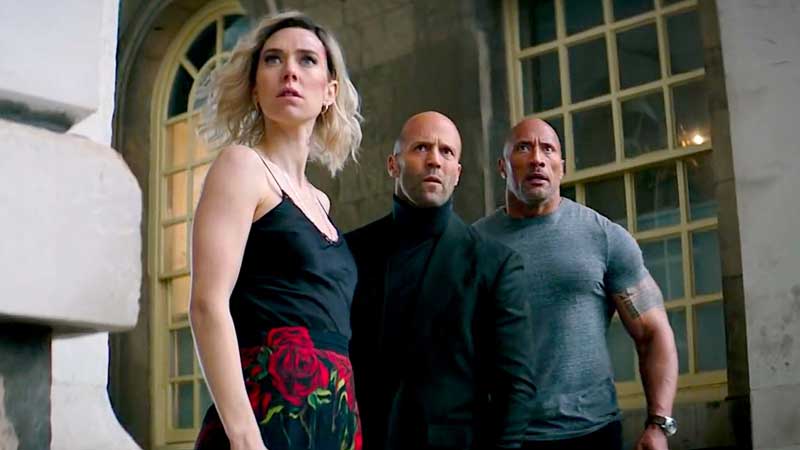 David Leitch flexes his John Wick and Deadpool 2 action chops here by delivering huge, bombastic action set pieces that are actually pretty easy on the eyes. Don’t get me wrong, none of it makes any sense whatsoever, but it’s all really easy to follow and entertaining in its own right. That’s a pretty rare thing in today’s era of shaky camera-filled, five-cuts-a-second action scenes.

Unfortunately, the action just isn’t that good. Hand-to-hand fights are awesome to watch unfold, especially when Hobbs and Shaw make use of random objects like champagne bottles and chairs. However, big-budget action sequences are just standard blockbuster fare at the end of the day, and something you won’t really care to remember once you walk out.

Check your brain at the door 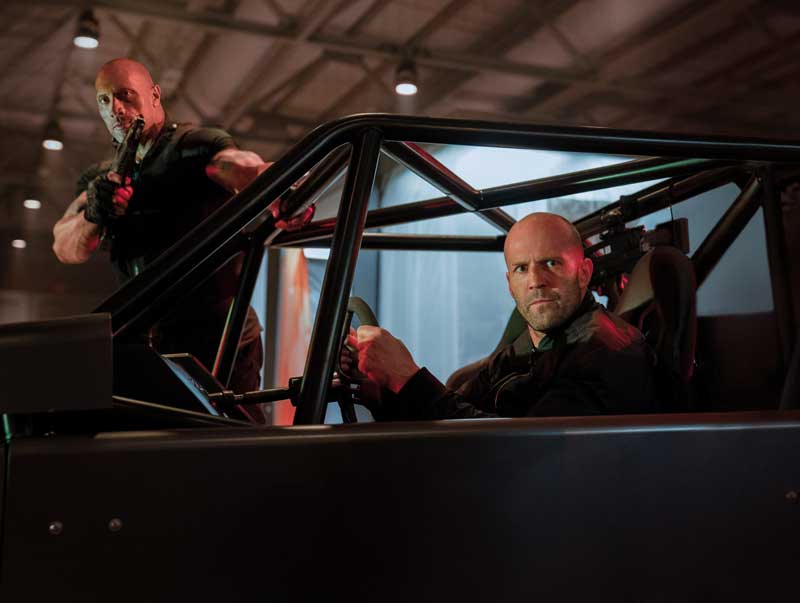 No, Hobbs and Shaw makes no sense. No, it doesn’t have an incredible story to speak of. Does it have to, though? Were we ever expecting it to? I mean, it’s a Fast and Furious movie after all. It's dumb fun.

At the end of the day, the main trio, Hobbs, Shaw and Hattie carry this movie on their shoulders. They’re a fantastic trio, who are somehow endlessly entertaining to watch despite all the dumb chaos that unfolds around them. Because of them, this movie ends up being a lot of fun.

And, honestly - there are cameos in this movie that are almost worth the price of admission alone. Seriously!

There are two post-credits scenes; one in the middle with serious Game of Thrones finale spoilers, and one at the very end.