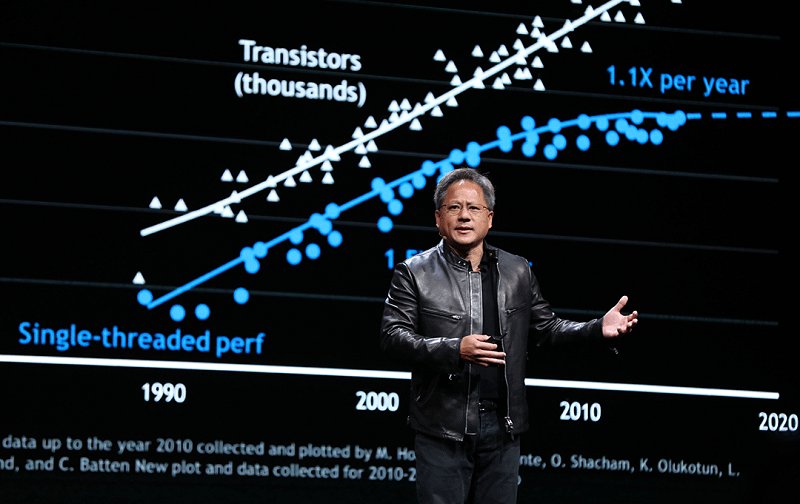 Ever wondered how Google predicts search suggestions while you’re typing in the search bar and more recently, even suggests auto replies to your emails? What about Facebook’s ability to recognize your friends and auto tag them or Google Photo's new auto photo curation and sharing? Make no mistake, these are some of the few awesome outcomes of machine learning and natural language processing that are the building blocks to the path of artificial intelligence.

As Jen-Hsun Huang, CEO of NVIDIA, likes to call it, we’re at the cusp of entering a new era, the coming of artificial intelligence (AI) – computers programming computers. Not long ago, the topic of AI was nothing more than just sci-fi fantasy. But if you dial back just a hundred years ago, the era of modern aviation and the pioneering works of sending a man to the moon were also the realms of science fiction.

These are undoubtedly the indicators that an AI revolution is well on its way and it is the reason why NVIDIA’s current direction is to provide the most productive platform to enable and power deep learning, which is the heart of AI computing. Here are some of the ingredients that NVIDIA has put in place to make this a reality:-

They are indeed at an enviable position to make it happen because of their heritage that started with the creation of a GPU, creating a Compute Unified Device Architecture (CUDA) which is a parallel computing platform that gave rise to GP-GPU programming, which then lead to computer vision processing, deep learning and now the big goal of driving AI.

To progress its AI agenda, NVIDIA is first and foremost targeting to train 100,000 developers in the ways of Deep Learning by 2017 (this year), laid out its smart city vision through an AI City that’s co-assisted by NVIDIA’s new Metropolis city-scale video analytics platform, unveiled its brand new Tesla V100 GPU based on a new Volta GPU architecture that’s expressly designed to tackle AI acceleration, revamped its supercomputer offerings, showcased a robot simulator to train robots and their AI more rapidly in a virtual environment and launched its own GPU Cloud platform for easy AI training, development and deployment.

Here are our reports on the above topics that delve into more details.