The drives will be tested on our updated storage testbed using the Windows 10 operating system, which has the following specifications:

One thing to note is that the Samsung SSD 960 Pro and OCZ RD400 were tested with custom NVMe drivers from their respective manufacturers. On the other hand, the ADATA XPG SX8000 and Plextor M8Pe were both tested using native Windows 10 NVMe drivers, because ADATA and Plextor did not release special NVMe drivers for their drives.

The following drives were tested for this review:

PCMark 8 is the most up-to-date system benchmarking software from benchmarking specialists Futuremark. It was designed for Windows 8 machines (now updated for Windows 10) and the storage suite test puts drives through a collection of 10 different real life workloads involving applications such as Photoshop, Illustrator, InDesign, Word, Excel and even games like Battlefield 3 and World of Warcraft.

We begin with PCMark 8 as usual and we can see that the scores are quite tight. However, we can also clearly see that while the ADATA XPG SX8000 and Plextor M8Pe scored quite similarly, the OCZ RD400 and Samsung SSD 960 Pro were easily the better performing drives. Looking at the breakdown in speeds and individual timing scores, it is clear that the Samsung SSD 960 Pro is the fastest driving in this benchmark, followed by the OCZ RD400. 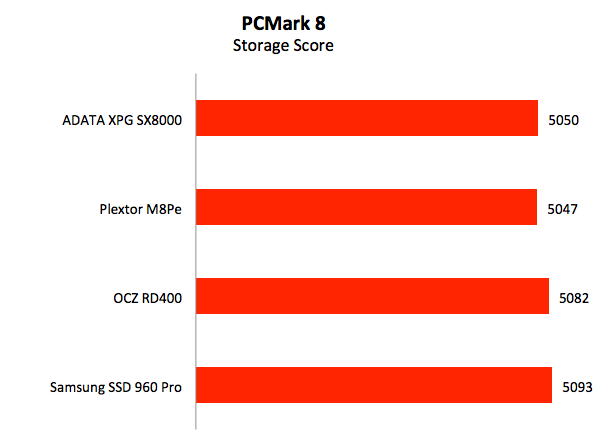 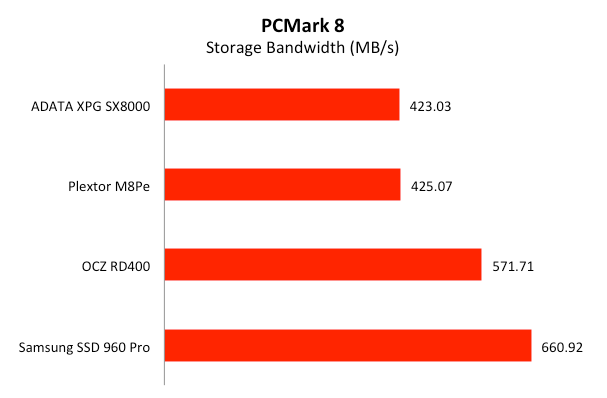 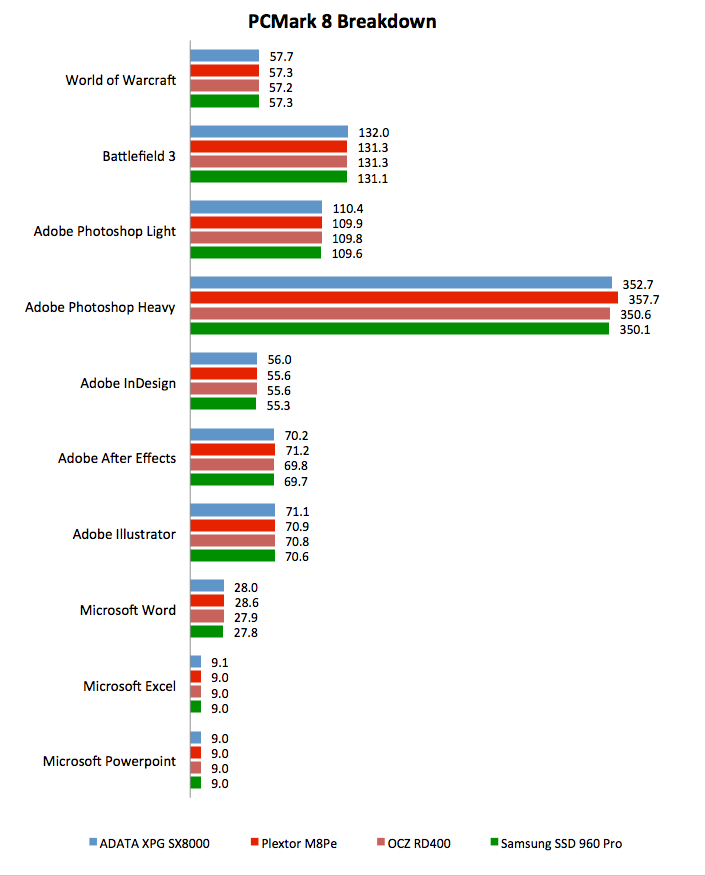