CrystalDiskMark is an easy-to-run and quick utility to use to gauge a drive’s performance. It measures sequential read and write performance and random read and write speeds of random 4KB and 4KB (queue depth 32) data.

The Samsung SSD 960 Pro’s showing on the 4K read and write workload was just as impressive as it was clearly in a different league when compared to its competitors. Here, its read and write speeds were over 20% faster than the nearest competitor, which is a big deal. The OCZ RD400 was no slouch as it was comfortably faster than both the ADATA XPG SX8000 and Plextor M8Pe.

On the more intensive 4K, 32 queue depth workload, the Samsung SSD 960 Pro finally showed some signs of weakness. While its recorded speeds were pretty decent, it was outclassed thoroughly by the OCZ RD400. The Plextor M8Pe put up a good fight here too, and its read speeds were quite strong. 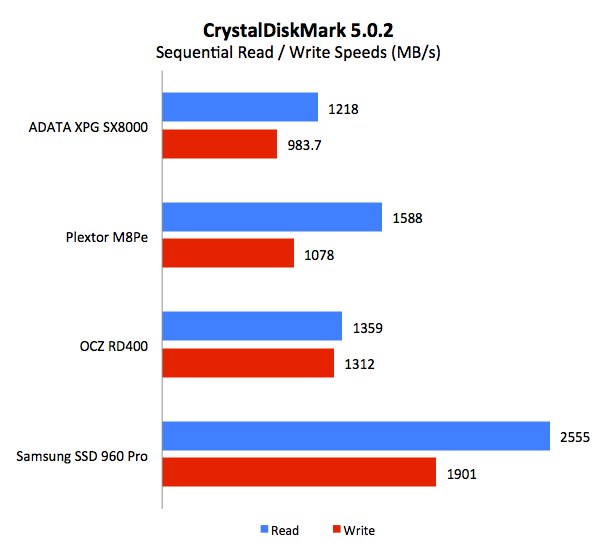 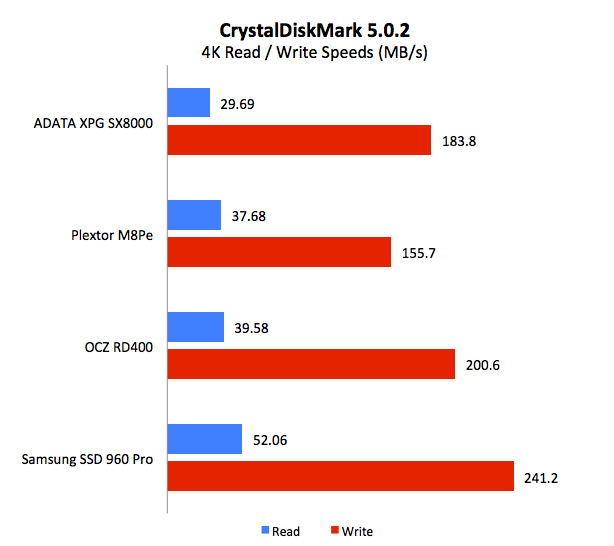 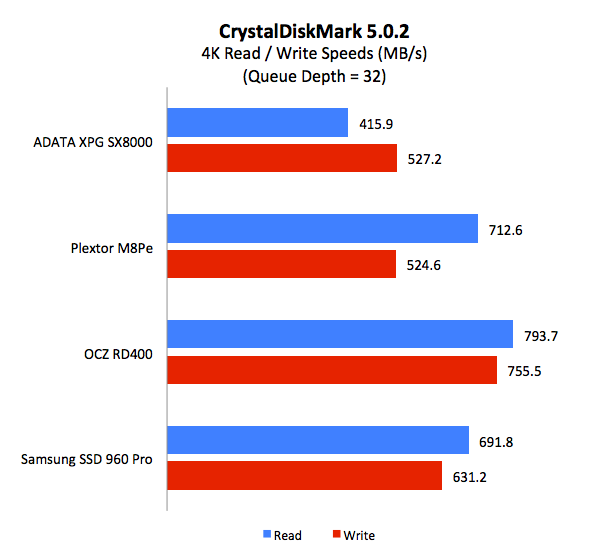