And the Winner is...

As we have established in our numerous earlier reviews of PCIe-based SSDs, this class of SSDs can provide performance that far outstrips SATA-based SSDs. This is not surprising when you remember that the maximum bandwidth of the SATA 6Gbps interface is just around 550MB/s, whereas the theoretical maximum bandwidth of the PCIe 3.0 x4 interface is a 4GB/s or 4,000MB/s. Even if you take inefficiencies into account, it’s still many times faster than the SATA interface.

However, the high speeds of PCIe-based SSDs come at a price. They are as expensive as they are fast, and command a significant premium over their slower SATA-based counterparts. Fortunately, however, prices of these super-fast SSDs have been coming down quite dramatically, which is good news for consumers. 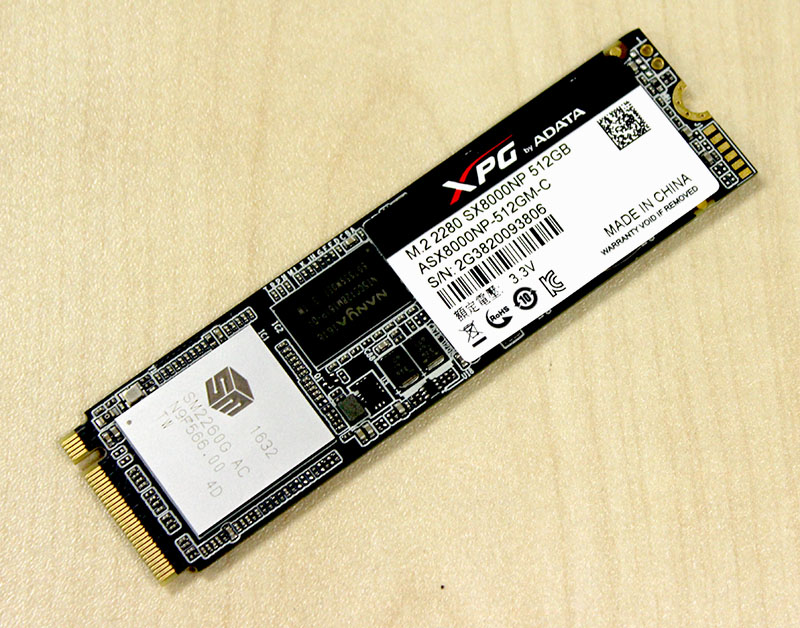 Let’s begin our conclusion analysis with the ADATA XPG SX8000. The XPG SX8000 entered the shootout as a bit of a wildcard. Silicon Motion is a relatively new player in the consumer SSD scene, and the XPG SX8000’s decision to go with more advanced 3D NAND is interesting and we had hoped that it would have provided it with a performance advantage.

However, that did not materialize. Instead, the XPG SX8000 found itself comprehensively outpaced by its rivals in the majority of the benchmarks, and wasn’t very competitive at all. Luckily, the XPG SX8000 does offer quite good features. Hardware encryption isn’t supported as of now, but will be added in future via a firmware update, so that’s something to look for to. It also comes with a drive management utility, which, albeit basic, is nonetheless useful. Plus it comes with a free cloning utility too, which is thoughtful and helpful.

But its trump card is its price. At S$349, it is the most affordable drive, and by a fairly large margin too. Even if its performance isn’t compelling, its lower price could be enough to make some users think twice. 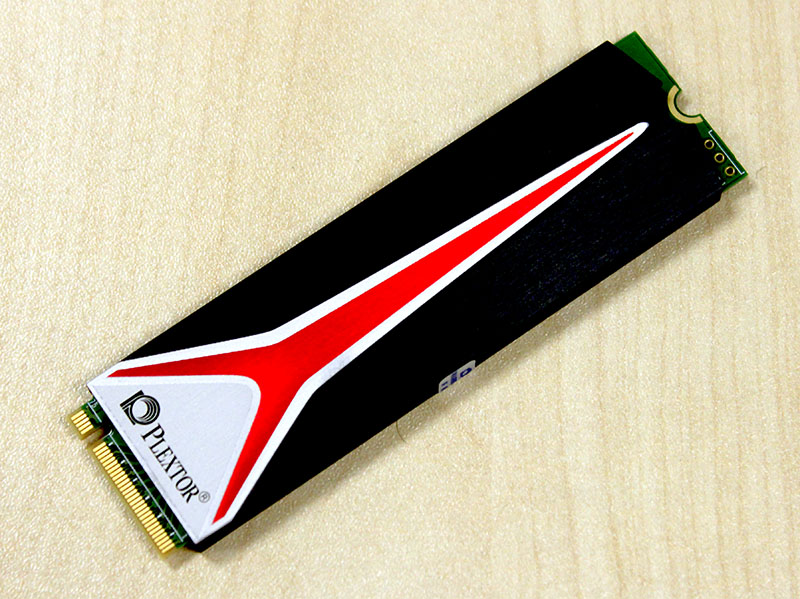 The Plextor M8Pe enters this shootout with a lot of hope and expectation. Plextor’s last flagship - the M6e Black Edition - was a disappointment in our last shootout, and the company is keen to avoid another drubbing. Fortunately, the new M8Pe did not disappoint. Overall, its performance was more than decent. Even though the M8Pe wasn’t a match for the blazing fast Samsung SSD 960 Pro, it was a strong challenger against the OCZ RD400 and also miles faster than the ADATA XPG SX8000. It’s also backed by Plextor’s reputation for reliability, and it has some useful features like a heatshield and hardware AES encryption.

But that’s not all, the cherry on top of the cake has got to be its reasonable price. At S$377, it is slightly pricier than the ADATA XPG SX8000, but a whole lot more affordable than the OCZ RD400 and Samsung SSD 960. In light of its respectable performance and rich set of features, the MP8e is a good choice for consumers and a strong winner of our Best Value Award. 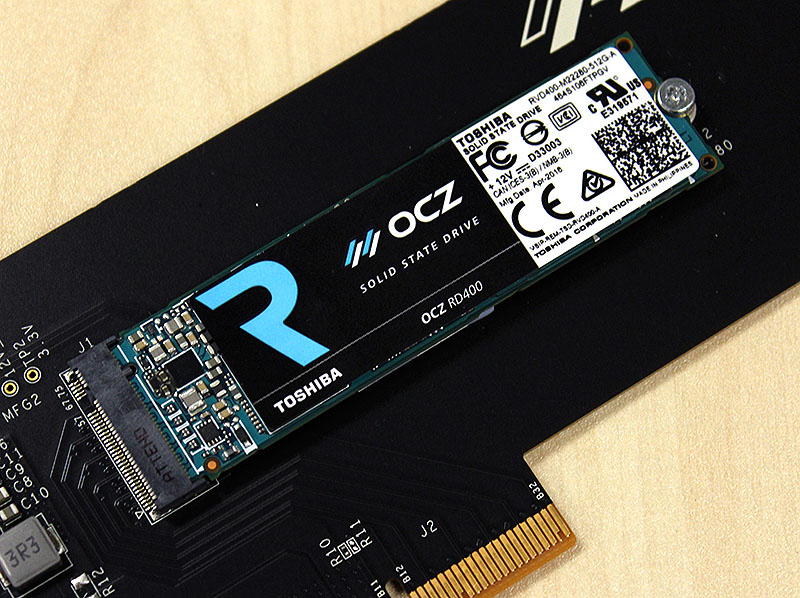 As we mentioned in our earlier review of the OCZ RD400, the drive marks a return to form for OCZ. The RD400 is fast, has a high endurance rating, and comes with an excellent 5-year warranty program.

If you don’t already know about OCZ’s warranty program, it’s called the Advanced Warranty Program and it aims to reduce the hassle of drive replacements by sending affected customers a replacement drive first. Users can then send their faulty drive back using the mailer that came with the replacement drive. It's OCZ way of saying sorry to owners who trusted in their products and have to go through the hassle of replacing their drives. It also shows just how confident OCZ is of their drives.

Unfortunately, the RD400 is priced much too high in our books. Back in August, prior to the launch of the other three SSDs here, its asking price of S$509 would have seemed reasonable, attractive even. But now, with the ADATA and Plextor costing well under S$400, the RD400 is way too pricey. When quizzed, OCZ said that there are no plans for a price revision, but we think that a price cut somewhere down the line is inevitable if they want to remain competitive. 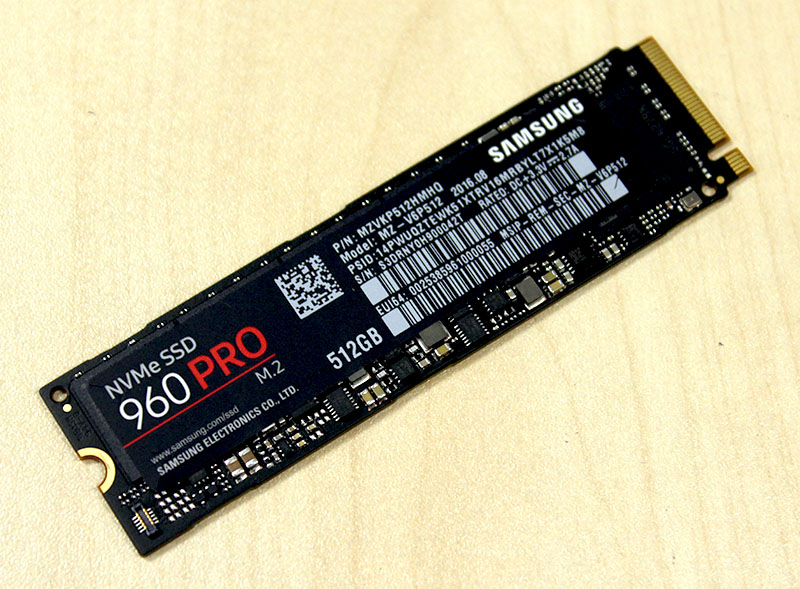 Now, why do we say that a price cut is inevitable? That’s because of the last drive in our shootout, the Samsung SSD 960 Pro. As it is, Samsung is the 800-pound gorilla in the consumer SSD market. For the past couple of years, its drives have provided a very good combination of performance and price that makes it easy for us to recommend them. And the new SSD 960 Pro is no different.

Insofar as performance is concerned, the SSD 960 Pro is nearly unbeatable. Samsung's own NVMe drivers helped in making performance more consistent across the board, and so the SSD 960 Pro came out tops in almost all of our benchmarks. Furthmore, its margin of victory can be quite incredible. In fact, it is easily the fastest drive we have ever tested.

But performance aside, the SSD 960 Pro also offers very good endurance ratings, supports hardware encryption, and comes with a free data migration utility. The newest version of Samsung Magician (Samsung's own drive management utility) isn't quite ready yet at this time, but the company has said that it plans to make it available in the next few weeks.

At S$459, there’s no denying that the SSD 960 Pro is substantially pricier than the competition. But then its performance is unprecedented, so we feel that this price premium is more than justified and handily takes the Winning crown. Besides, if you are looking for something more affordable, Samsung also offers a little something called the SSD 960 Evo, which we will be testing shortly, so stay tuned. 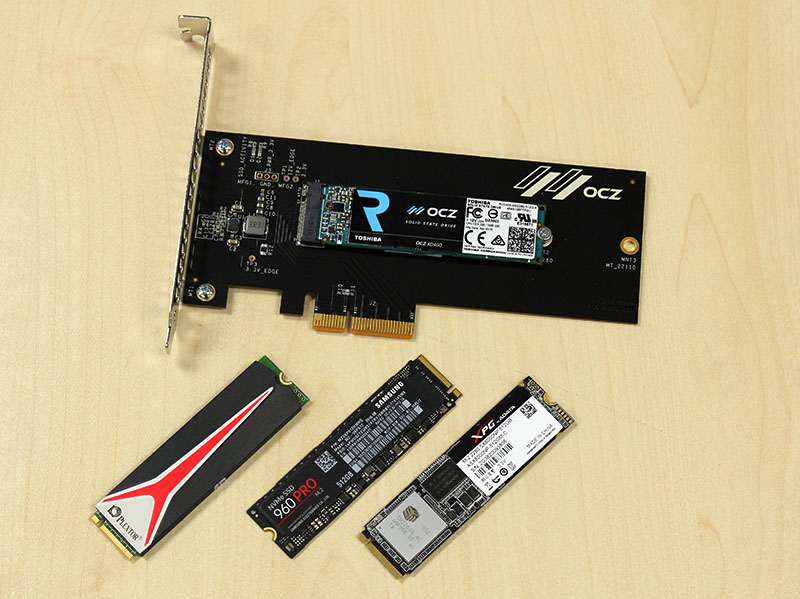 In summary, there can be little doubt that the Samsung SSD 960 Pro is the ultimate high-end drive. It’s incredible performance and rather reasonable price makes it an obvious choice for users who want the very best.

The Plextor M8Pe had high expectations and it delivered, mostly. Thanks to its attractive pricing, it is the most bang for buck SSD in this shootout.

OCZ RD400 is clearly the drive that could have dethroned Samsung's offering, but alas, its price isn't quite proportionate for what it offers. One could argue it has the best after-sales support service program and while we don't refute that, it is nevertheless a notable price difference to swallow. New contenders and new price points have emerged and that unfortunately makes the OCZ drive hard to recommend in this new state of comparison.

For penny pinchers, the ADATA XPG SX8000 is the obvious choice. It is the most affordable drive by far, and even though its performance isn’t quite in the same league as its rivals, it isn’t entirely shabby and users will definitely be able to appreciate the boost in performance against slower SATA-based SSDs.