Samsung Galaxy S20 FE review: Is it only for Samsung fans?
Shootouts

ATTO is one of the oldest benchmarks around, but it’s still a useful tool to gauge a drive’s adeptness at managing compressible data. It’s also useful for seeing how a drive performs across a variety of different transfer block size.

Unsurprisingly, given the sequential nature of the data that ATTO throws at the drive, the Samsung SSD 960 Pro was a strong performer. On the 8MB and 32K data workloads, the SSD 960 Pro was the undisputed leader. Its read speed on the 32K work load, was particularly impressive at nearly 3GB/s. That’s over 200% faster than the second-place OCZ RD400.

However, on the smallest 4K data block workload, the Samsung SSD 960 Pro was brought down to earth and was unable to muster any kind of advantage over its competitors. In fact, the OCZ RD400 managed to put a real good fight and was more than a match for the Samsung SSD 960 Pro on this workload. Elsewhere, the Plextor M8Pe had pretty good write speeds, but its read speeds were surprisingly low. And again, the ADATA XPG SX8000 wasn't really competitive at all. 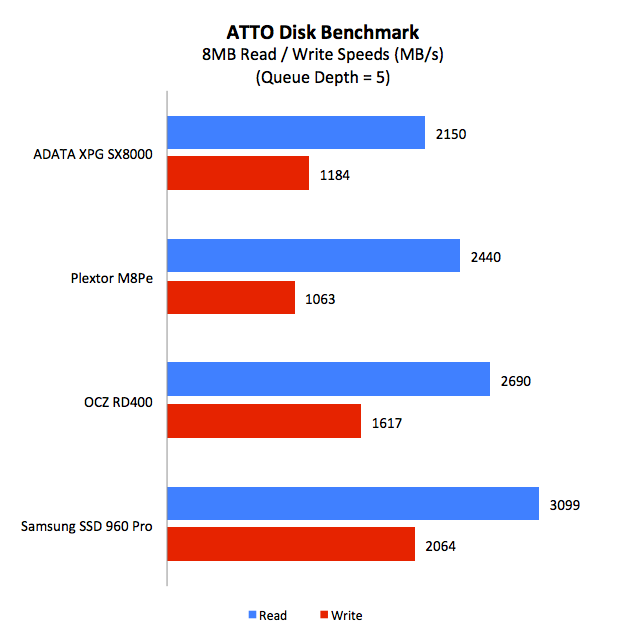 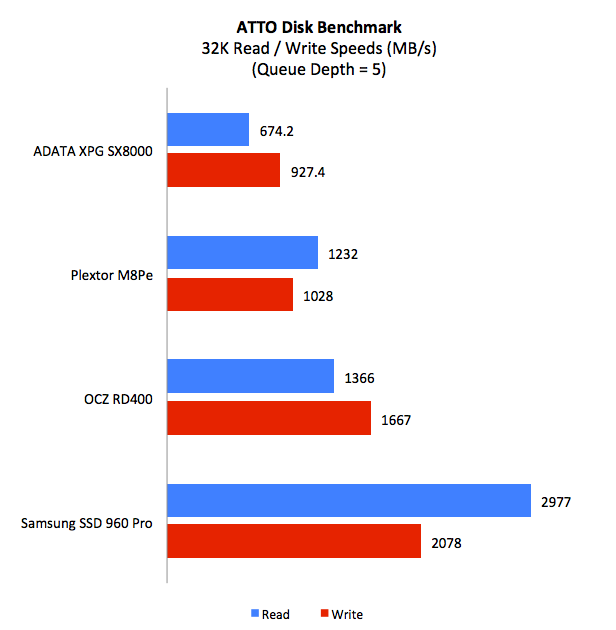 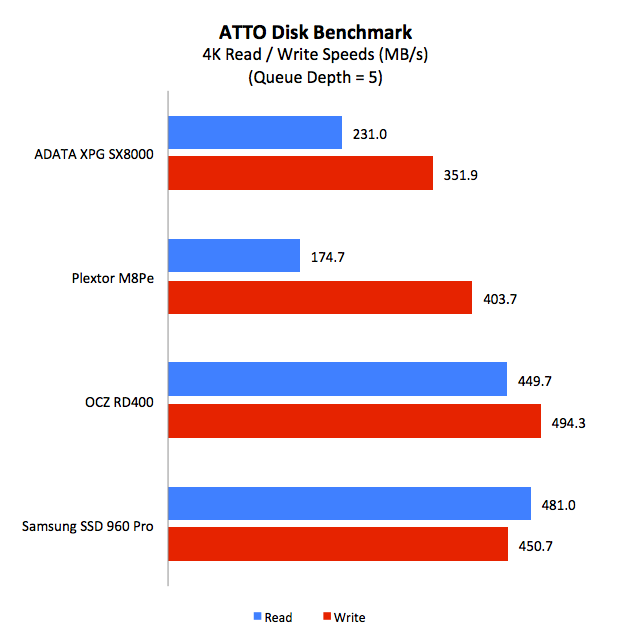