The MSI Z170A XPower Gaming Titanium Edition appears designed to turn heads. From its intriguing name – is it made of titanium? – to its slate gray color, this board isn’t like most of what’s available today. It is part of MSI's Enthusiast Gaming series of motherboards, but manages to stand out from the crowd with its striking looks. 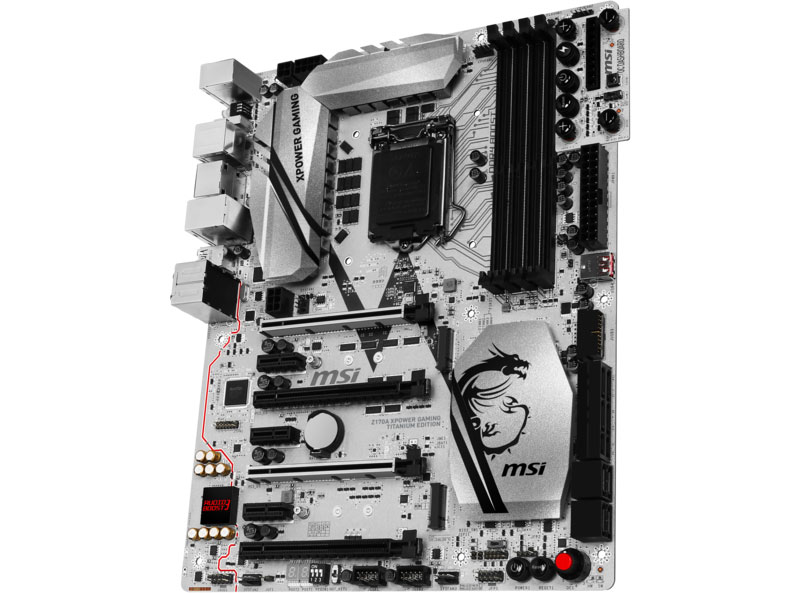 In fact, it’s the only board in our shootout to not feature a black PCB. That’s thanks to some sort of PCB coating that confers its light gray color, which is intended to evoke the Titanium moniker in its name. The VRM and PCH heatsinks are the same titanium gray color as the PCB, while the RAM slots and select PCIe slots are jet black. MSI may just have hit on something here, as the board’s design manages to hold your gaze without the use of any overtly fancy trappings.

It is also lacking an I/O cover, making it the only other board in our line-up – together with the ECS Z170 Claymore – to not have one. That’s a bit unfortunate, since we feel that a titanium gray I/O cover in the fashion of the rest of the board would fit in really nicely.

As further testament to its Titanium branding, the board uses titanium chokes and a 16-phase power delivery system. There’s more than just marketing fluff to this, as titanium chokes do indeed have higher temperature limits, higher inductance density, and longer lifespan than traditional ferrite core chokes. 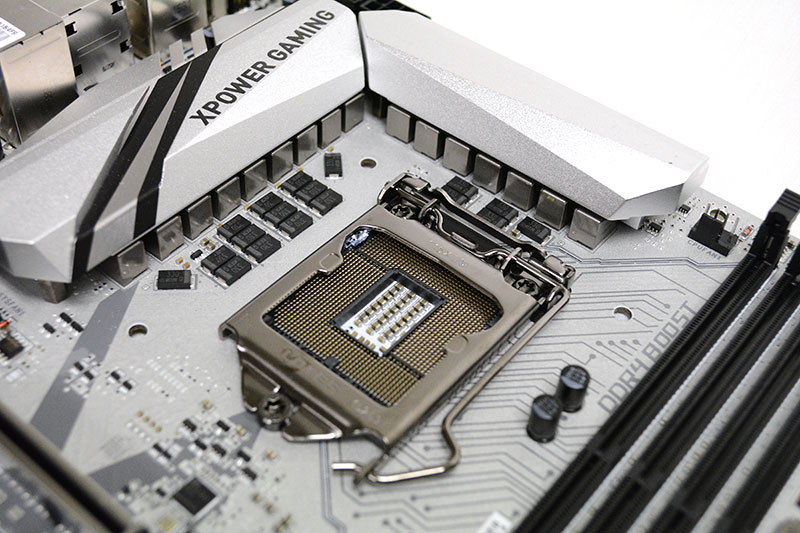 MSI says this board has been designed for overclockers, which is why it has included additional 4-pin and 6-pin headers to provide more power and stability for extreme overclockers. And by extreme, we mean those who are willing to push their chips with LN2 cooling. If you’re just on regular air or even liquid cooling setups, the standard 8-pin header will do just fine. 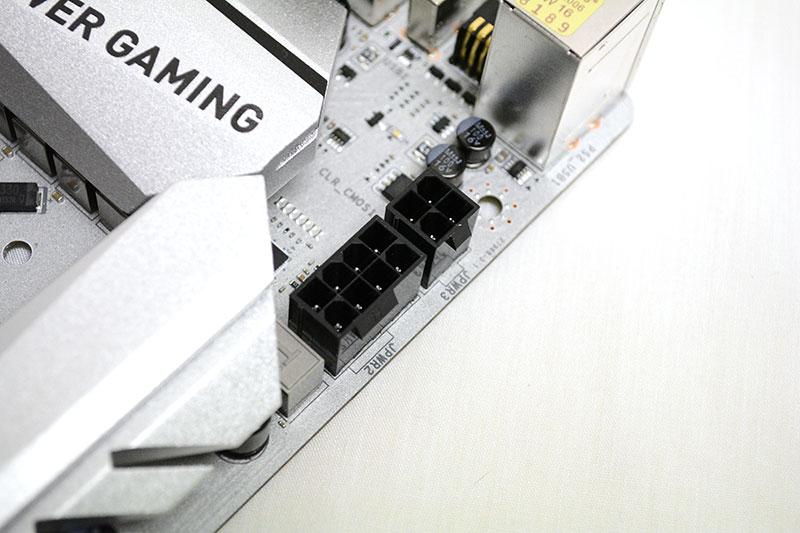 There is another header just above the PCI_E1 slot to provide additional power to the PCIe 3.0 x16 slots. 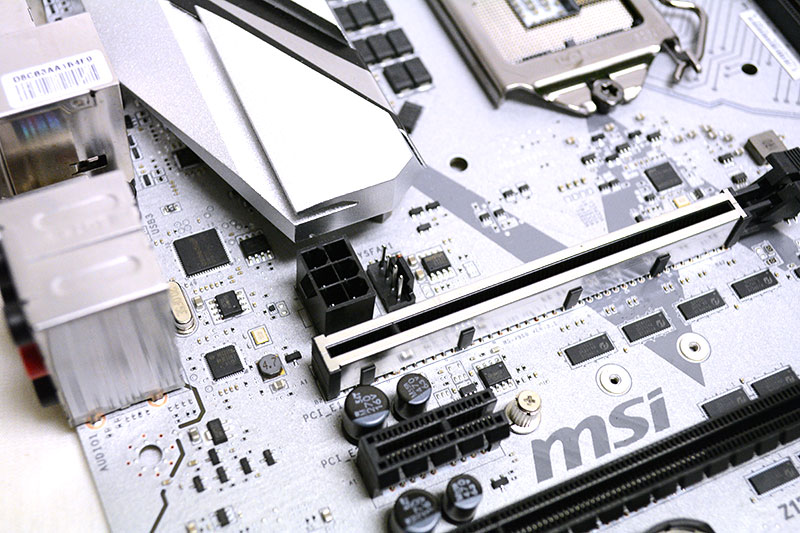 MSI has also equipped the board with a total of four PCIe 3.0 x16 slots. The board officially supports up to four-way AMD CrossFire and two-way NVIDIA SLI, but it’s probably not wise to populate all the slots with cards. They will end up running in x8/x4/x4/x4 modes, and there’s only a two-slot space between each PCIe slot.

But while ASUS and Gigabyte opted to leave a three-slot spacing between the first and second PCIe slots to better accommodate dual graphics setups, MSI has stepped around this by wiring the slots such that it is the first and third slot that will run in x8/x8 modes in the latter scenario. Incidentally, this is similar to what ASRock and ECS did with the Z170 Extreme 7+ and Z170 Claymore. 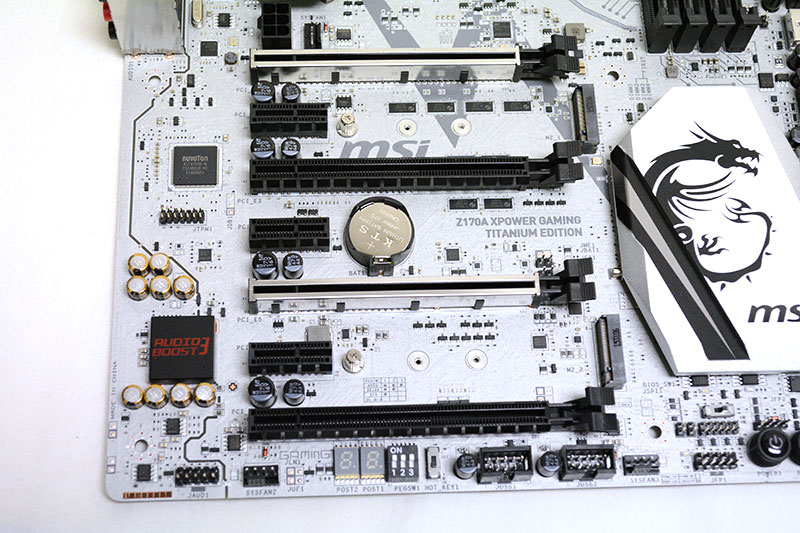 In the case of the MSI board, this will leave up to a four-slot spacing between the two cards, which should be plenty of room for them to breathe. Furthermore, these are the two slots that are reinforced with metal, a feature MSI refers to as Steel Armor.

Storage connectivity options include six SATA 6Gbps ports from the chipset itself, an additional two via an ASMedia ASM1061 controller, and two more combination SATA Express ports. There are also two onboard M.2 sockets for both PCIe and SATA devices. As expected, you aren’t going to be able to use all of them at once, and populating both M.2 sockets will leave just four SATA 6Gbps ports and one SATA Express connector available. 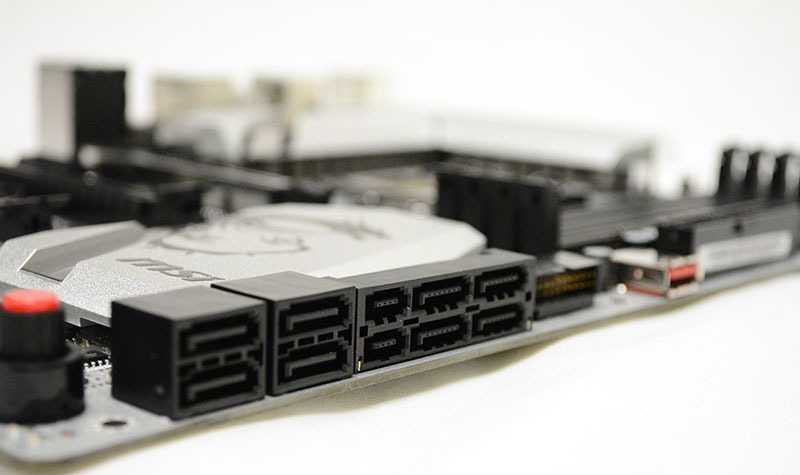 On the rear I/O panel, there are four USB 3.0 ports (red), two USB 2.0 ports (black), and two USB 3.1 ports (also red) available via the ASMedia ASM1142 controller. The USB 3.1 ports are the ones located just next to the audio jacks. The USB 2.0 port directly adjacent to the PS/2 port also doubles as the Hotkey port, which lets you plug your keyboard into it and use it to directly tweak things like your CPU base clock or ratio. In addition, the vertically-oriented USB 2.0 port is also the BIOS Flashback+ port which allows you to update the board’s BIOS with just a power supply on hand.

The clear CMOS button has also migrated from the board’s PCB to the rear I/O panel, an arguably more convenient location.

However, there’s no dual LAN or teaming function here, and the board has just a single Gigabit Ethernet port that uses the Intel I219-V controller. 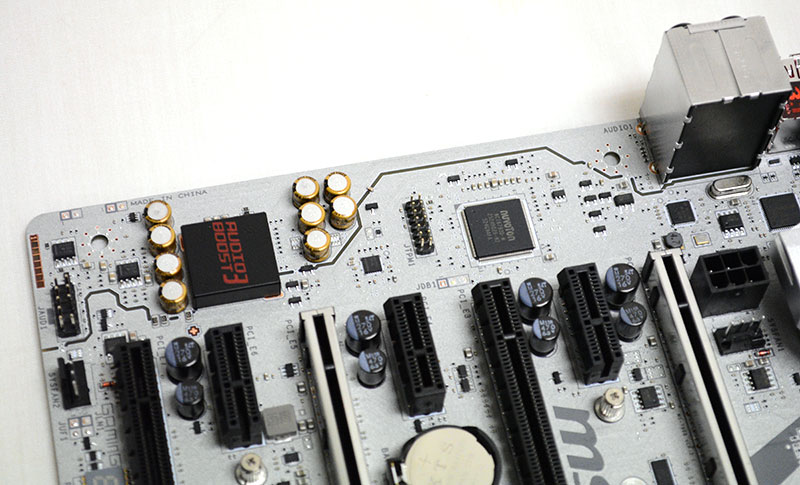 In addition, the board has a debug LED, PCIe CeaseFire switch (PEGSW1), and HotKey toggle along the bottom edge. The three CeaseFire switches correspond to their respective PCIe slots and let you enable or disable the slots manually, while the Hotkey switch allows you to activate the Hotkey function. 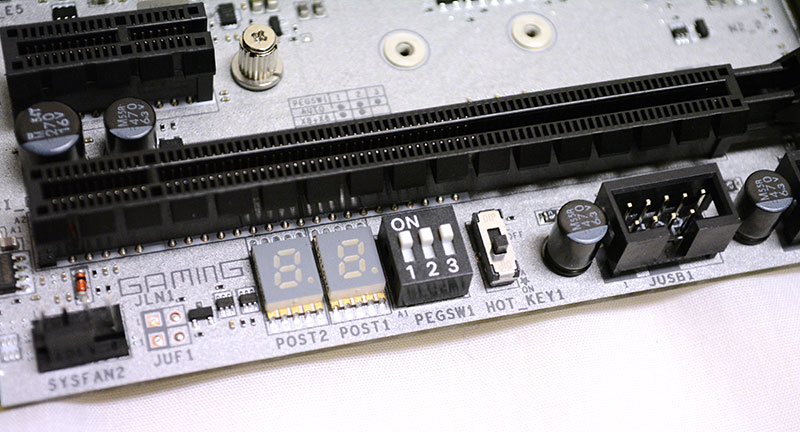 The board also comes with nifty features like DDR4 Boost for a supposedly cleaner memory signal, a Game Boost knob for faster overclocking, and the OC Dashboard. We’ve already covered those features in our preview article on the Z170A XPower Gaming Titanium Edition, and you can refer there for more details.