The ASUS Z170 Deluxe is the top model in ASUS’ Signature series of boards. Although it is not a member of the more pricey Republic of Gamers (ROG) line-up, it is still a top-flight board with premium features and a decidedly attractive design aesthetic. 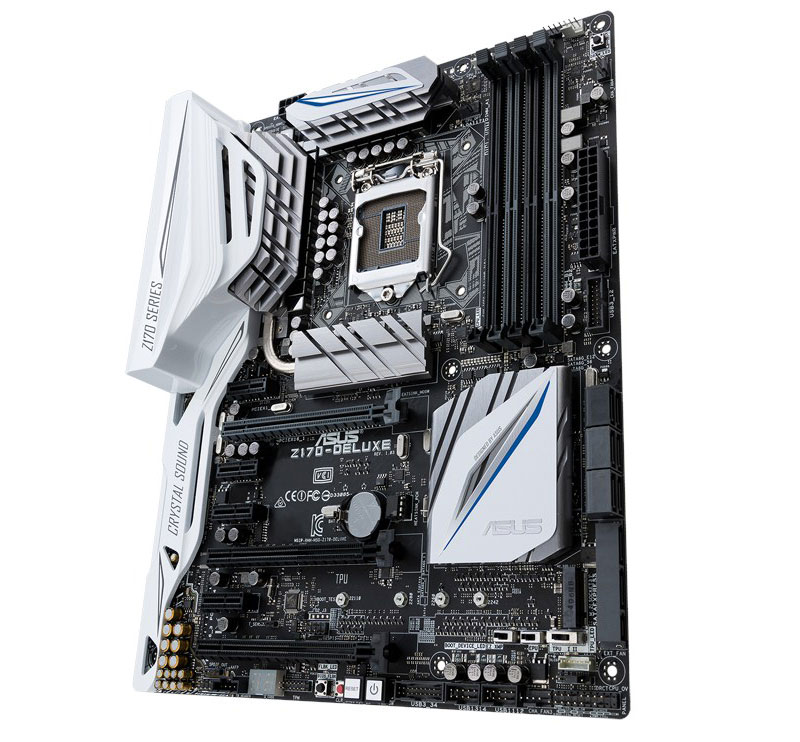 Before taking a closer look at the technical features, we’ve to say that we really like the look of the board. The white I/O cover and heatsinks go extremely well with the matte black PCB and the accents of gunmetal gray on the VRM and PCH heatsinks.

The board boasts a 16-phase digital power design for more stable overclocking. From our experience, ASUS boards tend to provide the best overclocking experience, and as we’ll see later, the Z170 Deluxe does just that. Here’s a closer look at the VRM heatsink and components: 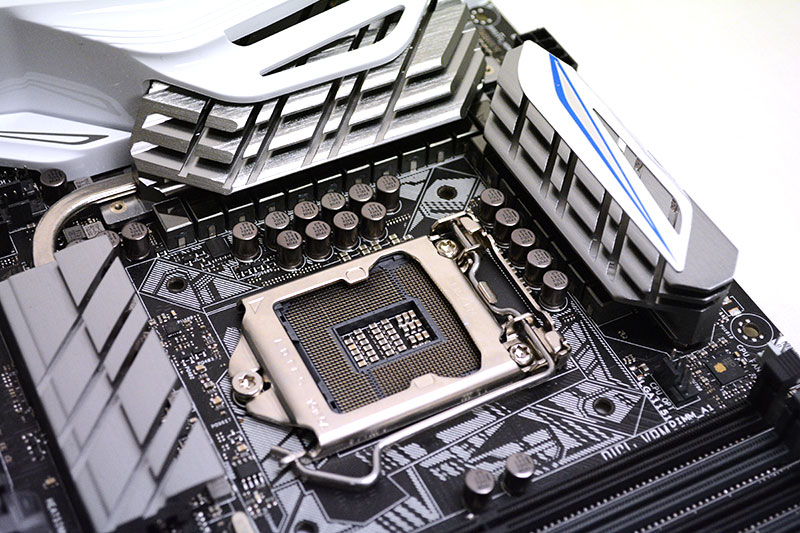 In addition, there are a total of three PCIe 3.0 x16 slots on the board, which will run at x8/x4/x4 in triple-GPU setups (x8/x8 for dual-GPU). A further four PCIe 3.0 x1 slots are available should you wish to install additional add-on cards.

We also like how ASUS has left the space of three slots between the first and second PCIe 3.0 x16 slots. The vast majority of graphics cards today take up only two slots – even a powerful one like the NVIDIA GeForce GTX Titan X – and this ensures that dual-GPU systems will have enough space between the cards for them to breathe. This is particularly important if users are using cards with custom coolers instead of blower-style coolers on reference cards. Custom coolers usually exhaust hot hair back into the case itself, so having sufficient ventilation between cards is important to prevent the top card from just sucking up hot air from the bottom one. 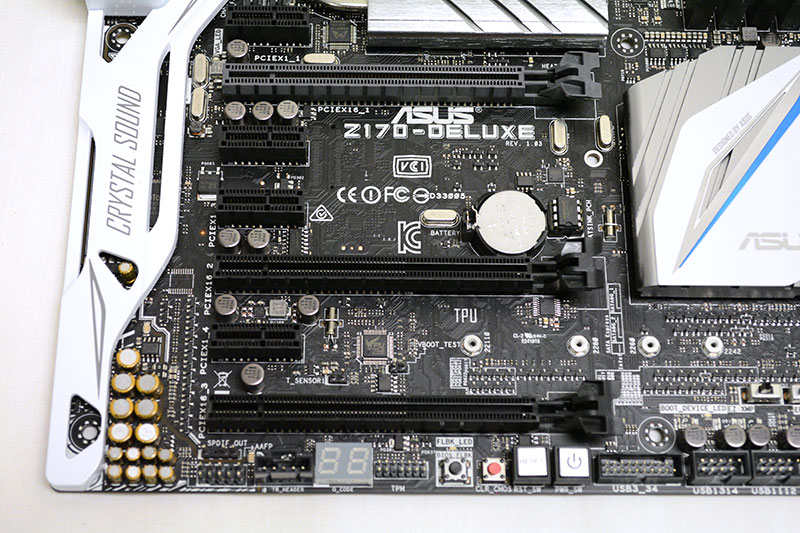 Moving on to the storage options, there are six SATA 6Gbps ports from the Intel Z170 chipset itself, and an additional two such ports provided by the third-party ASMedia ASM1061 controller. Four of the SATA connectors double as two SATA Express ports. 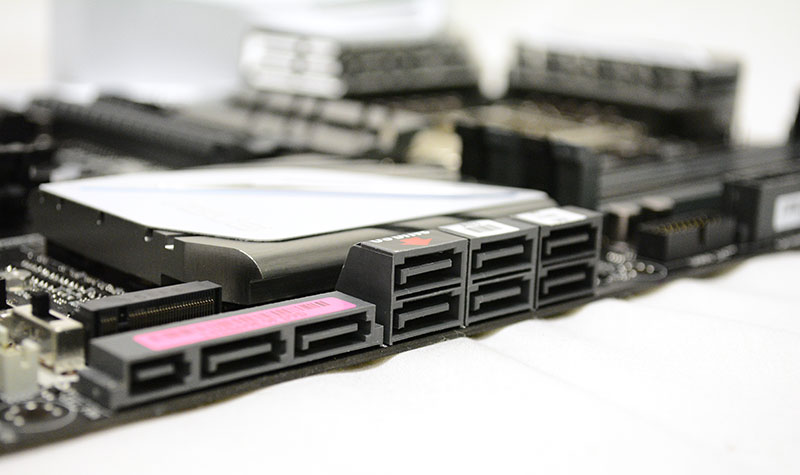 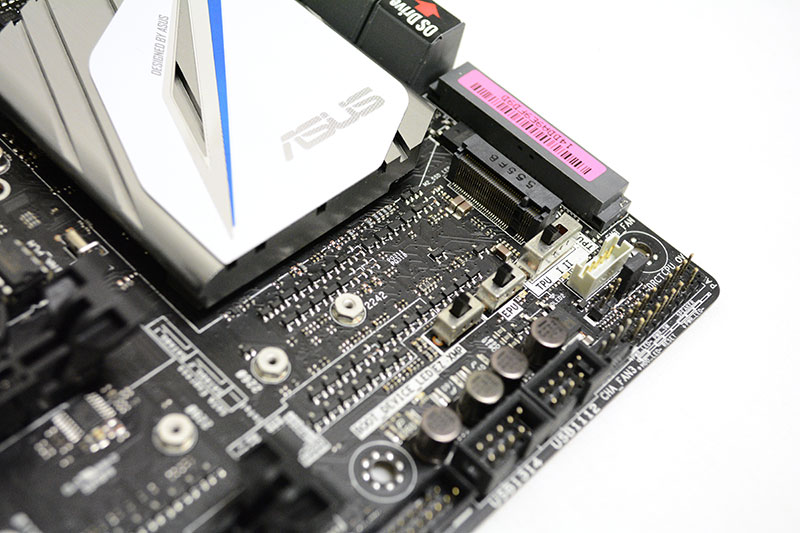 However, even though there is just one M.2 connector, the Z170 Deluxe actually supports up to two M.2 devices if you connect a second one via the included Hyper M.2 PCIe add-in card and plug it into the third PCIe 3.0 x16 slot. So yes, this means the possibility of hooking up two PCIe devices in RAID 0! However, do note that the PCIe 3.0 x16_3 slot shares bandwidth with a couple of SATA slots, so they’ll be disabled if you do go that route. In addition, there is a bundled U.2-to-M.2 adapter to hook up PCIe-based 2.5-inch drives.

The board supports a total of five USB 3.0 ports, five USB 2.0 ports, and another five USB 3.1 (four Type-A, one Type-C). Rear I/O options include a single USB 3.0 port (blue) and another USB 2.0 port (black), both running off the chipset itself. There are a further five USB 3.1 ports (teal blue) provided by the third-party ASMedia ASM1142 controller, and an additional USB 3.1 Type-C connector. Type-C connectors still aren’t that common yet, but if you intend to get a phone like the recently-announced Google Nexus 6P which uses a Type-C port, you’ll be in good hands with this board.

The USB 3.0 port next to the optical S/PDIF out also doubles as the Key Express port which you can plug your keyboard into. The built-in microprocessor then enables you to configure your keyboard and assign custom macros to it, so you can do things like safely remove a USB device with just the press of button.

Other than that, the rear I/O panel is dominated by USB 3.1 ports, while the other eight USB 2.0/3.0 ports are provided via dedicated mid-board headers.

You’ll also probably have noticed the dual Gigabit Ethernet with ASUS LANGuard at the rear. They use the more popular Intel I219-V and I211-AT controllers – instead of a Realtek solution – for improved networking throughput and lower CPU overheads. But although there are two LAN ports, ASUS says that teaming isn't supported, so the presence of these two ports is really just for redundancy.

Other notable features include onboard 3x3 802.11ac Wi-Fi and Bluetooth 4.0 support. The 3x3 array is a welcome feature as it lets users take full advantage of their high-end AC1900 class routers. 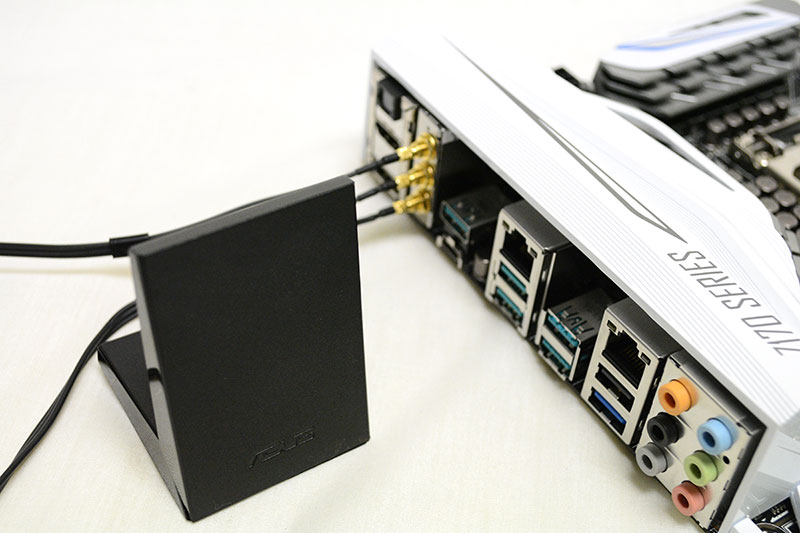 And like the ASRock board, the onboard Crystal Sound 3 audio solution uses the Realtek 1150 audio codec. It is capable of a 115dB SNR and boasts a dedicated audio amplifier, a de-pop circuit to reduce those annoying popping noises when you connect an audio jack, and Japanese-made audio capacitors. The left and right audio channels are also located on a different PCB layer for more consistency across both channels. 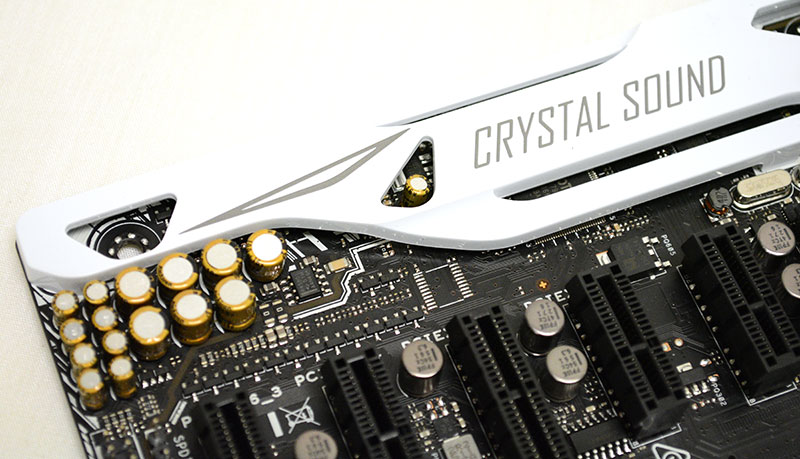 Finally, the power and reset buttons, the debug LED display, clear CMOS button, and the USB BIOS flashback button are located at the bottom.