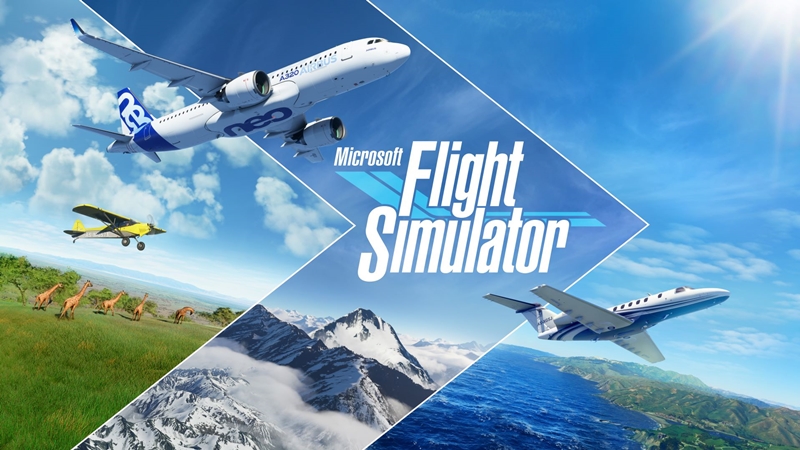 Ladies and gentlemen, this is your captain speaking.

Before we take off, please ensure that your metaphorical seat belts are securely fastened and that your non-metaphorical headphones are plugged in nicely. Please also lift up your meal trays...although we're not sure why you would have one on your gaming desk in the first place.

Anyway, regardless of whether you're a seasoned aerial veteran or someone who just wants to do a bunch of loops in a jumbo jet (for whatever reason), Microsoft Flight Simulator is the game to own. Utilising the most cutting-edge modelling technology and simulation software, the development team from Asobo Studio has spared no expense to create the most lifelike experiences for players, and today, we're here to find out a little more about how it all comes together - cockpits, engines, ailerons and all.

Of course, we're going to need a guide, and the game's head honcho himself, Jorg Neumann (thank you!) has been kind enough to join us, so let's not delay this "flight" any more and jump right into the pilot's seat! 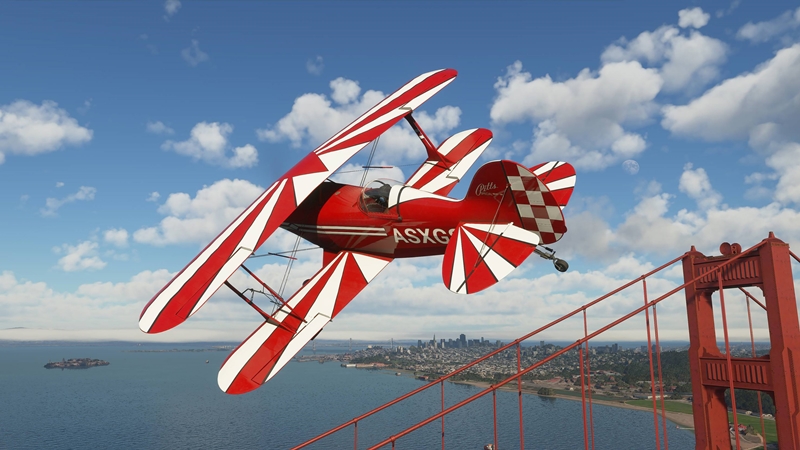 When it comes to the quality of the in-game aesthetics and detail, it's no exaggeration to say that MFS is way up there in the big blue sky. But what exactly goes on during the design and modelling process for the planes? What kinds of people did the team consult?

To that end, Neumann shares that like any other simulator title, the best way to go about getting these planes "off the ground" so to speak, was to talk to people who've flown them. As such, the team spoke to lots of pilots (there are over 30 different planes in the game!) and he says that these interviews proved to be integral to the design process, as they helped provide a more accurate and realistic picture of what each aircraft should feel like to operate.

But as relevant as interviews are in this department, nothing trumps some good old first-hand experience, and Neumann notes that the team sometimes got so "engulfed in the subject matter" that they decided to fly the planes themselves. Of course, they didn't just hop into the planes and take them for a joy ride like people do in Grand Theft Auto - the development team were all offered flight lessons, and we can imagine that these were probably a lot of fun. 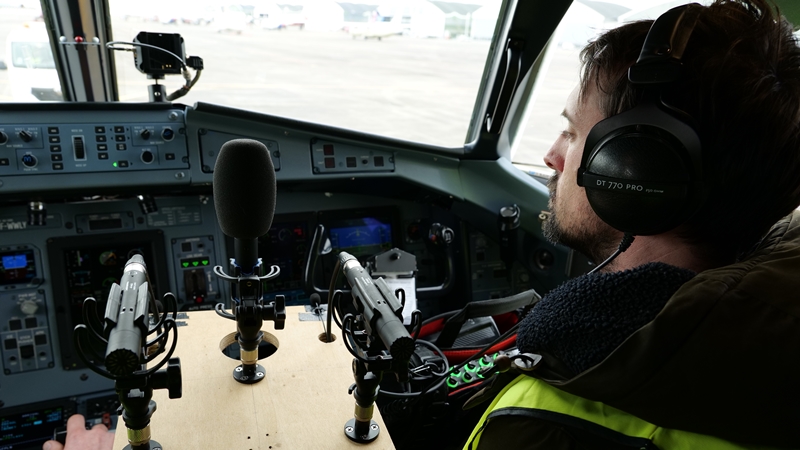 Another set of "critical relationships" the team formed involved the plane manufacturers, and it doesn't take a genius to see why. After all, without them there wouldn't even be any planes to fly, and one of their primary contributions was the provision of CAD files to help with the modelling process. Amusingly, some of these companies even had their own test pilots give the simulator a go at the end, and the team was more than happy to let them do so. After all, they were, as Neumann puts it, "the best people to validate our work".

Last but not least, the term also consulted experts in other relevant fields, such as weather broadcast and deep learning, among various others, and he extends a nod to them for not only helping the team get all the kinks and creases ironed out, but also for being a real joy to work with. It was their passion, he recalls, that truly made their interactions and discussions a real "blessing". 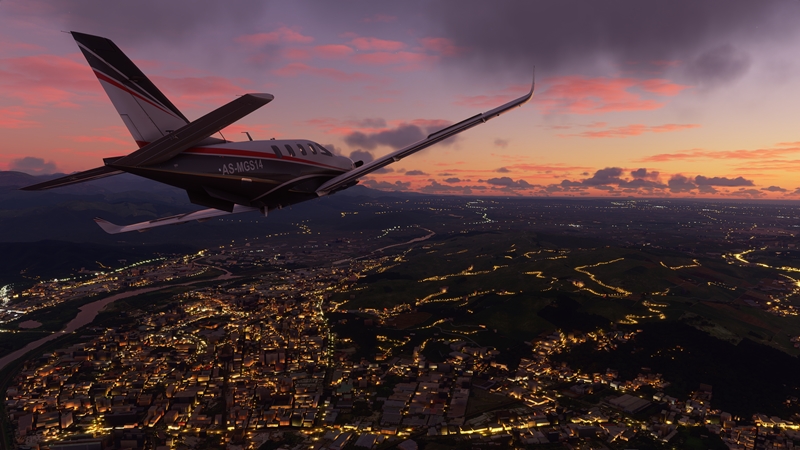 Well, now that we've got a good idea of the various parties involved, let's start talking about how the team actually went about putting these planes together. As you might expect, development times between the various types of planes tend to vary - we're told that some of the easier craft still took around 4 months to model from start to finish, while more complex additions reportedly took years to complete.

After all, there's a ton of stuff they had to account for, and Neumann notes that the team spent a great deal of time tuning the simulator such that each plane felt as close as they could to the real thing. It was indeed a lot of work, but only so because modern computers and modelling technology have come so far. According to him, graphics improvement were but the tip of the iceberg - the team were able to play around with various factors that simply weren't possible before.

"We were able to add multiple plane-surface aerodynamics, a new collision model with accurate friction and sloped terrain surfaces, and new physics integration which makes planes feel more like their real-world counterparts.", he says. Then there's also the introduction of cloud tech, which Neumann credits immensely, as it really allowed the team to "take a leap forward". 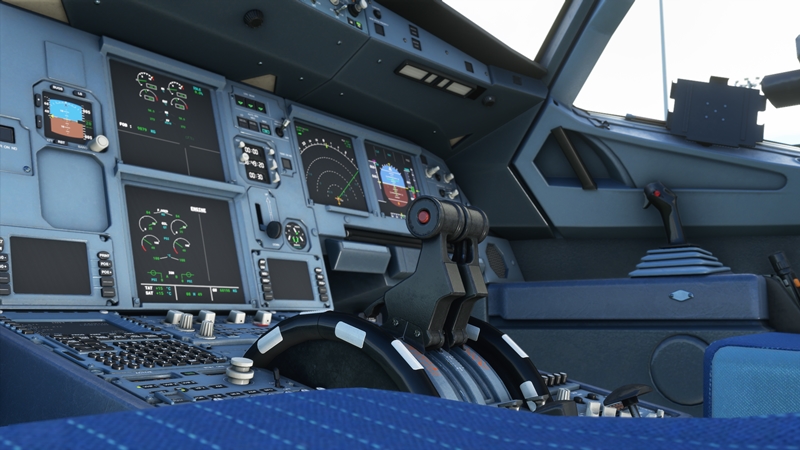 "But how so?", you might ask. Well, you could say that it allowed Asobo to bring together various types of software and discrete information to create unparalleled simulator experiences.

From high-quality Bing data (including photogrammetry, satellite and aerial imagery) and Azure AI-based techniques, to real-time data synchronisation (for stuff like weather) and even machine learning, it was this "confluence of technologies" that Neumann says opened up avenues that were previously impossible to explore.

In fact, did you know that because of cloud tech, flying by using Visual Flight Rules is now possible on the entire planet?

The good, the bad and the challenging 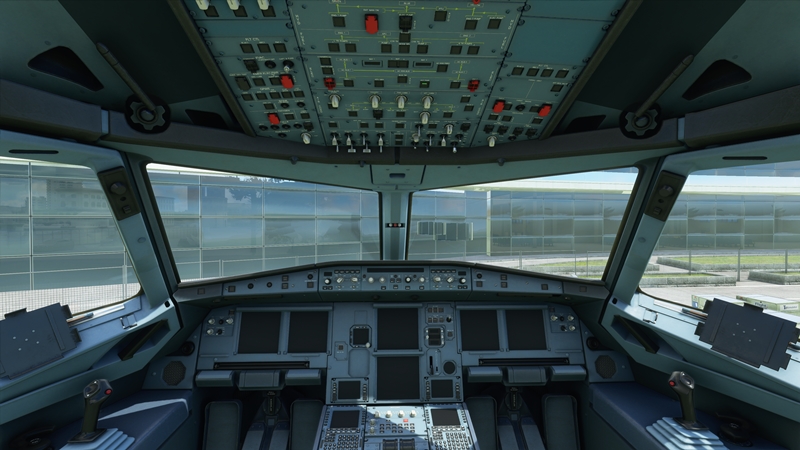 Of course, while Neumann admits that the team definitely enjoyed themselves thoroughly, none of it was a cakewalk. Every game is bound to have challenges during development, and for the folks at Asobo, Neumann says that one particularly tricky bit was dealing with the interdependence of each system on the others.

However, it wasn't all thunder, lightning and grey skies - there are bound to be some planes that the team really enjoyed working on, and although Neumann initially provides the textbook answer by saying that the team loves all of their planes, he does eventually let slip (rather sheepishly, we might add) that he's particularly fond of the X-Cub because he can land basically anywhere! 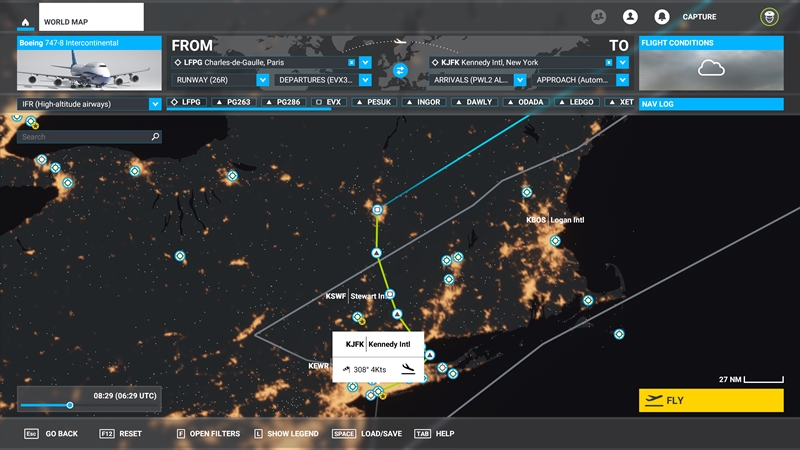 Well, it's been a pretty eye-opening flight, and after going through all of that, we're at least sure about one thing - Jorg and his team didn't just use a bunch of ice-cream sticks and some duct tape to create these beautiful planes.

Putting the humour aside, it's clear that a lot of work went into making this gorgeous simulator, and the fact that not a single aileron is out of place is an impressive testament to the team's efforts. Indeed, the sheer attention to detail and realism in Microsoft Flight Simulator is undeniably its most outstanding qualities, and it certainly sets the bar high up in the sky for future flight sims to aim for. Anyway, why not try looking for your house in-game - you know you want to!

Microsoft Flight Simulator is now available for PC and Xbox One via Steam or the Microsoft Store.