Hubie Halloween, The Haunting of Bly Manor and more!

Note: This feature was first published on 1st Oct 2020. 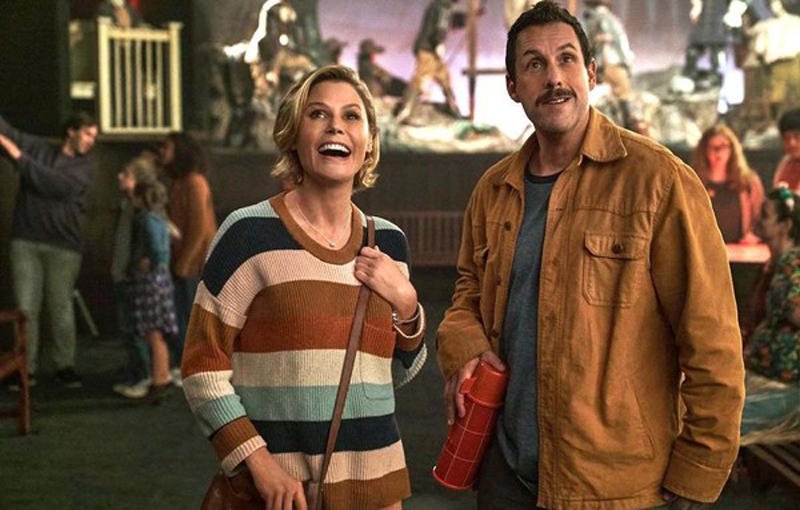 The month of spooks is here! We’re one month closer to ending this wretched year, and what better way to celebrate than spend Halloween binging something horrifying? Every platform is bringing their A-game this month, which means that we’re almost spoiled for choice. Not to worry though, we’ve cut everything down to 10 bone-chilling options for you to pick from. Happy Halloween!

Seeing as Netflix’s last Adam Sandler flick was Singapore’s most-watched release of 2019 for the platform, we have a feeling you’d like this. Hubie Dubois (Sandler) is a paranoid man constantly crying wolf to the residents of his hometown, Salem. This Halloween however, an escaped criminal and a mysterious new neighbour come through Salem, and with people disappearing left and right - good ol’ Hubie’s the only person who can stop them. I mean, if nothing else, you have to watch this for Sandler’s absolutely ridiculous accent.

If you have a fascination with the finer things in life, this is the documentary for you. World’s Most Luxurious delves into everything you can’t possibly afford - and those who actually can. Whether it be in hotels, homes, cars, trains, super yachts or private jets, find out whose job it is to provide this level of decadence - and who could possibly pay for it.

The Haunting of Hill House was an excellent horror series, and it’s getting an anthological sequel. That means most of the original cast gets carried over into an all-new story - and it looks extremely creepy. Henry Wingrave hires a young American nanny to care for his orphaned niece and nephew, after an au pair’s tragic death. The family lives in Bly Manor, a place with centuries of dark secrets and death waiting to be unearthed. That means ghosts! Lots and lots of ghosts. That nanny isn’t going to have a good time.

How about some family-friendly Halloween fare? When high school student Kelly Ferguson babysits on Halloween, she gets recruited into a secret society of babysitters who fight to protect their kids from monsters. Based on the popular book series of the same name, this movie stars Pose’s Indya Moore and Harry Potter’s Tom Felton.

We’re going to take a break from the spooks with this one. This movie is based on the real-life story of the Chicago Seven, a group of defendants charged for crimes in relation to anti-Vietnam War and other protests in 1969 and 1970. Written and directed by Aaron Sorkin (The West Wing, The Newsroom), this cast is absolutely stacked. Yahya Abdul-Mateen II, Sacha Baron Cohen, Joseph Gordon-Levitt, Michael Keaton, Eddie Redmayne and more star.