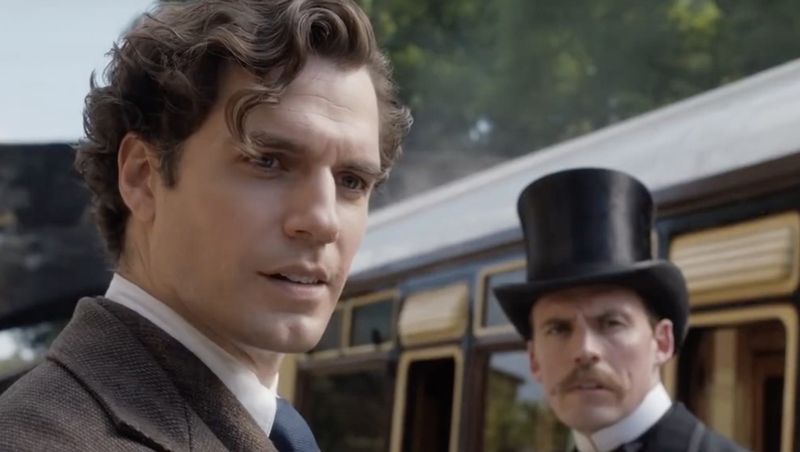 September has finally arrived, and it happens to be the most stacked month of new releases we have seen in a long time. Netflix, HBO, Amazon Prime and BBC are all putting out something worth watching this month - and almost none of them are skippable! From vigilantes hunting down superheroes to dinosaurs in summer camp, we’re pretty spoiled for choice here.

Raised by Wolves follows two androids, Father and Mother. The duo have a singular mission: to raise human children on a strange new planet after the destruction of Earth. They quickly learn that parenting isn’t quite as easy as it seems however, when the human colony begins to get torn apart due to religious differences. This series looks like an insane mix of horror, sci-fi and blockbuster-level production value.

Maybe you’re more into documentaries than horrifying cyborgs? Can’t blame you. BBC’s Primates focuses on the eponymous group of animals, which tend to be as thoughtful and caring as they are fearsome. The documentary goes over all kinds of animals within the primate group - from gigantic gorillas to little lemurs all around the world. The best part? No cyborgs.

Prime Video’s smash hit dark comedy is back - and this time, the Boys are on the run. The so-called ‘heroes’ they spent an entire season hunting are onto them, and they don’t stand much of a chance in a fair fight. Homelander has just revealed a troubling truth to Billy Butcher, and will stop at nothing to tear the Boys apart. Plus, the Seven get a new member - Stormfront, who has flashy electrical powers.

Written and directed by Charlie Kaufman (Eternal Sunshine of the Spotless Mind), Netflix’s strange new movie follows a young woman having doubts about her relationship. During a snowstorm, she gets trapped in a farm with her boyfriend’s parents - which leads to some... really strange stuff. The trailer alone is a trip.

2017’s The Babysitter was a horror-comedy that has gone unappreciated for far too long. Sure, it’s not on the same level as Cabin in the Woods or Tucker and Dale Vs. Evil - but it was a lot better than it had any right to be. This sequel picks up protagonist Cole Johnson’s story, who finds himself facing down the same old killers while transitioning to high school.

Ever since Covid-19 shut down most TV and movie productions around the globe, we’ve seen an explosion of remotely-shot stories. This HBO movie is one of them. Originally conceived as a play, Coastal Elites is a comedic satire that focuses on five characters who break down as they grapple with this insane year of politics, cultural strife and lockdowns. The cast is stacked, starring Bette Midler, Kaitlyn Dever, Dan Levy, Issa Rae and Sarah Paulson.