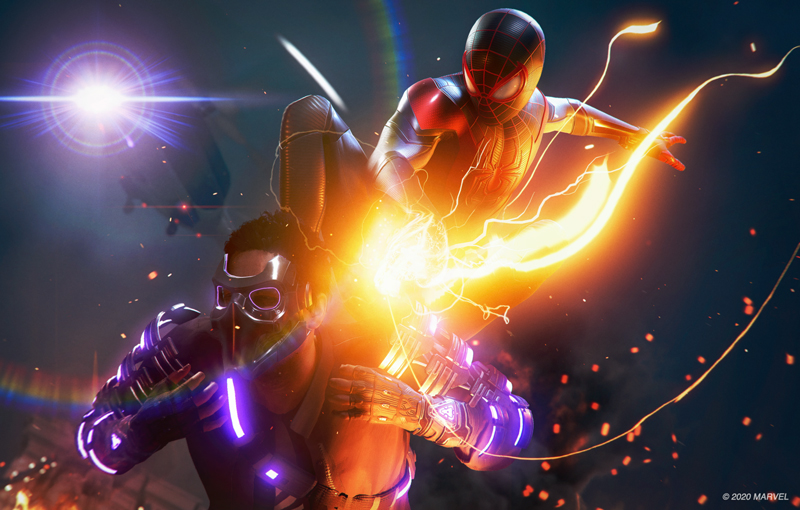 The next mainline Final Fantasy game has been revealed! Unlike the last few entries in the series, Final Fantasy 16 seems to be doubling down on a medieval setting, by toning down the presence of flashy machinery and steampunk tech. All the main ingredients of a typical Final Fantasy game are still present however, including summons like Shiva and Ifrit, chocobos and fast-paced combat with massive monsters.

Insomniac Games revealed a lengthy look at the next Spider-Man game. The trailer follows Miles as he encounters a new threat in Harlem, when a battle between Roxxon Energy Corporation and the Tinkerer puts lives in danger. Unlike Peter Parker, Miles can turn invisible and use electrical powers in combat. The Ultimate Edition of this game also includes a remastered version of Marvel’s Spider-Man.

We’re finally getting an open-world Harry Potter game! In Hogwarts Legacy, players will be able to explore Hogwarts and its surroundings in the late 1800s, almost 200 years before the events of the Harry Potter books. If the trailer’s any indication, you’ll be able to fight dragons, participate in magical classes and uncover, “an ancient secret that threatens to tear the wizarding world apart.” The Chosen One isn’t around to save you this time.

If there’s one thing Call of Duty does right, it’s cinematic action setpieces. This trailer features a snippet Black Ops Cold War’s story campaign, following a team of operatives as they fight to prevent a nuclear war. A simple assassination mission turns into an airport chase involving exploding planes, flipping vehicles and lots of gunfire. Just another Tuesday for this bunch.

This sequel to Resident Evil 7 has Ethan Winters venture out to a snowy village in search of answers, and finds it filled with werewolves instead. Although this mainly repeats the beats of the first trailer, we do get to see a new merchant, several side characters and a towering Gothic castle in the middle of nowhere. Poor Ethan Winters just can’t catch a break. But why is he here in the first place?

The next game from the developers of the Dishonoured franchise has a stylish new trailer. You’ll play as Colt, a gunman stuck in a timeloop. To break out of it, he'll have to kill eight specific targets before the loop resets. This trailer has him manipulate his surroundings to speed up his killing spree, and kill two birds with one stone. Unfortunately, Julianna kills Colt before he’s done - pointing out that he’s the only name on her kill list. Ouch.

On one hand, Capcom is making us pay for the same game again. On the other, we’re getting extra content for one of my favourite action games of recent memory! Devil May Cry 5: Special Edition will feature Vergil as a new playable character, Turbo Mode, Legendary Dark Night and ray-tracing. Vergil will later become available as paid-for DLC content. The game will launch digitally with Microsoft and Sony’s next-gen consoles. A physical edition will be made available sometime later.