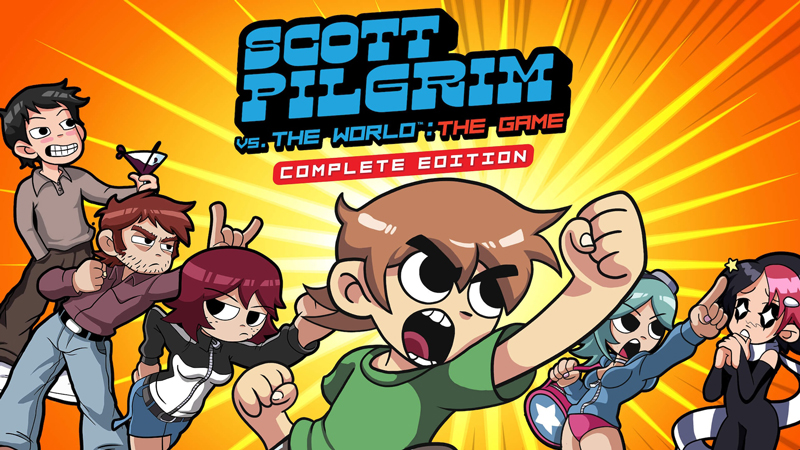 Ubisoft hosted another Ubisoft Forward games showcase earlier today, showing off the many games they have coming up this year and in 2021. We saw a whole bunch of new game announcements, updates on currently-released games and even the return of an old favourite! Let’s run through them all:

Previously known as Gods and Monsters, this game takes place in a world much like Assassin’s Creed Odyssey - filled with mythical creatures from Greek mythology. Immortals Fenyx Rising takes a whole lot of inspiration from The Legend of Zelda: Breath of the Wild, to the point that it also has a big red ominous-looking landmark in the middle of the map. According to Ubisoft, players will be tossed into an open world, where they can pursue story objectives in any order they please.

There aren’t enough games like Breath of the Wild out there anyway, so we’ll take it! Immortals Fenyx Rising will launch on PlayStation 4, PlayStation 5, Xbox One, Xbox Series X/S, Nintendo Switch, PC and Google Stadia.

Ubisoft is remaking the best Prince of Persia game! This remake of the 2003 classic will see fans return to a very familiar world, in which the Prince of Persia is thrown into a twisty time travelling adventure. Ubisoft has announced that the original Prince of Persia will be included in this remake, as well as a couple more surprises. Visually, it’s not the gorgeous remake we were all probably hoping for - but it’s more than enough reason for nostalgic fans to return to a long-bereft franchise.

Prince of Persia: The Sands of Time Remake will launch on PlayStation 4, PlayStation 5, Xbox One, Xbox Series X/S and PC.

Ubisoft’s battle royale game is getting a wild new mode. Titled ‘Turbo Mode’, all in-game gear will be at their maximum level, and player health will regenerate quickly. This limited-time mode will kick off next week, for those still playing Hyper Scape.

*Sigh* Sam Fisher is back, but not in a new game. Now known as ‘Zero’, he’s joining Rainbow Six Siege in its Year 5 Pass. Ubisoft has also confirmed that current owners of the game will get a free upgrade to its next-gen counterpart later in 2020. On PlayStation 5 and Xbox Series X/S, the game will receive 4K 120fps support. Is it too much to ask for a new Splinter Cell game at this point? Poor Sam Fisher keeps popping in everything except his own series.

Scott Pilgrim Vs. The World: The Game - Complete Edition (Holiday 2020)

This was a lovely surprise! The previously-delisted 2D beat ‘em up game based on comic book and movie Scott Pilgrim Vs. The World is making a grand return later in 2020. You’ll be able to play as most of the main cast of Scott Pilgrim’s story and beat up various villains while levelling up and unlocking various secret content. The ultimate goal? Destroy the League of Evil Exes, using the power of love. And fists. Mostly fists.

This release remasters the original game and comes bundled with DLC content, which includes characters Knives Chau and Wallace Wells. The game launches on PlayStation 4, Xbox One, Nintendo Switch, PC and Google Stadia.

Watch Dogs: Legion’s launching next month, so of course Ubisoft spent some time drumming up hype for it. First off, it looks like musician Stormzy recorded a music video for his song Rainfall with in-game footage, which you can watch here. Secondly, protagonist of the first Watch Dogs game, Aiden Pearce will make his return in Watch Dogs: Legion! While the character made a split-second cameo in Watch Dogs 2, Ubisoft plans to add him into the game as a fully playable character post-launch.

Ubisoft dropped this new IP announcement at the tail end of their digital showcase. Riders Republic is a massively multiplayer online game, where players ski, snowboard, bike and wingsuit across a gorgeous open-world environment. Exact details of the game are currently unclear, but it looks like players will be able to race each other in all sorts of sports events, upgrade their career level or free roam the parks with friends.