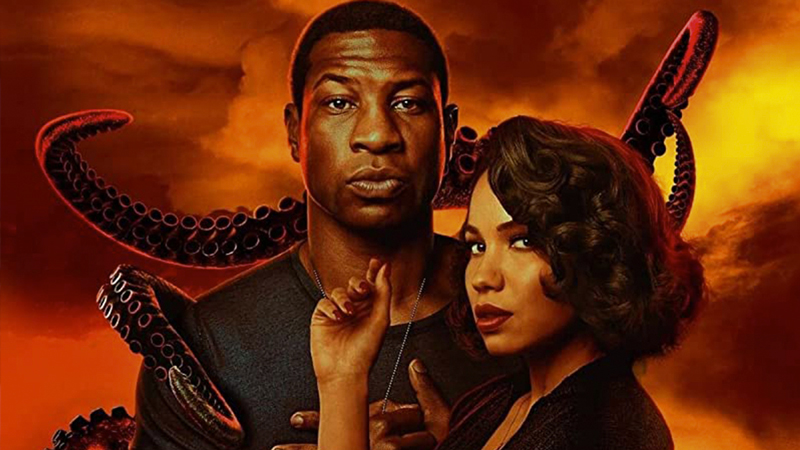 Cosmic horror in 1950s America. What’s not to love?

HBO’s latest horror drama has a lot going for it. Created by Misha Green (Underground) and produced by Jordan Peele (Get Out) and J.J. Abrams (the Star Wars movies you don’t like), there’s a lot of talent behind the camera. The series itself focuses on a war veteran who returns home after a long absence, before getting sucked into a series of unfortunately spooky adventures.

I’ve been looking forward to Lovecraft Country for a very long time - mainly because its choice to portray racism in 1950s America via pulpy horror stories intrigued me. Many other TV shows have successfully used monsters and magic to carry across metaphors of real life struggles - Buffy the Vampire Slayer being a great example. Lovecraft Country doesn’t quite get to Buffy-levels of quality, but it’s enrapturing in its own way.

"Dad’s on a hunting trip, and he hasn’t been home in a few days." 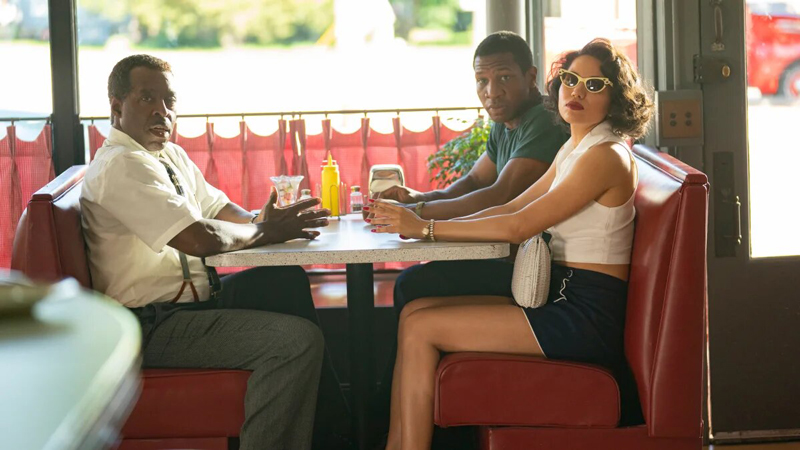 Lovecraft Country kicks off with Atticus ‘Tic’ Black, who returns home to Chicago after a traumatic experience in Korea - which he does not care to detail. He embarks on a quest to find his emotionally absent father after receiving a puzzling letter, not knowing that these would be his first steps into a much more dangerous world than he’s used to. His kind uncle George Black follows him on this journey, as well as childhood friend - and love interest - Leticia ‘Leti’ Dandridge.

Those expecting the series to be a Supernatural-style road trip across spooky America will be disappointed, however. The dad-finding plot fully plays out in Lovecraft Country’s exciting opening two-parter - consisting of many-toothed monsters, racist men in fast cars and the answer to an alarming question: “What if the KKK were secretly full of sorcerers?” 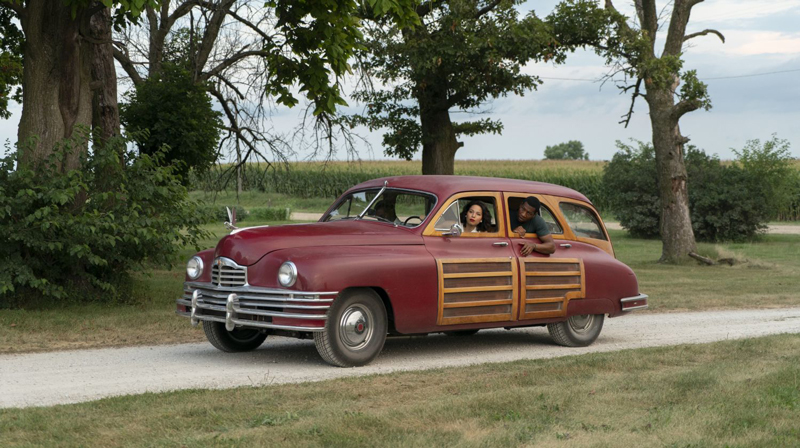 Lovecraft Country then shifts gears entirely and opts for a more procedural style of storytelling. Each episode tackles surreal horror tropes, often tied together by themes of racism in Jim Crow America and an overarching story that slowly burns out in the background. Episode 3 is a haunted house story. Episode 4 is an Indiana Jones-like adventure. Episode 5 is body horror at its finest (and goriest).

Lovecraft Country is never content at being just one thing for too long. It wants the benefit of being an anthology series like The Twilight Zone - but with a slowly-developing storyline connecting everything together. Who needs anthologies when you can focus on the most unfortunate characters in existence - bumbling their way from one horror story to another? It’s almost like watching Mulder and Scully hop from one supernatural occurrence to the other in The X-Files - but with a whole lot more cohesion involved. 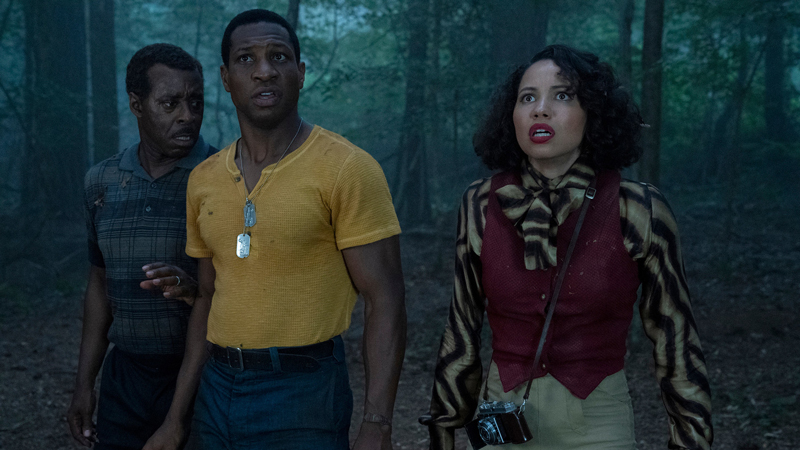 Lovecraft Country boasts an exceptional cast. Jonathan Majors does a tremendous job as Tic - blowing away my expectations after his already excellent role in The Last Black Man in San Francisco. Tic is booksmart - a huge fan of Lovecraftian horror stories cursed to experience their coming to life. It’s not so easy to boil down his character into any one category, however. Tic is complex - his experiences in Korea weigh him down, but he never confesses the exact nature of his trauma. He has anger issues and problems with intimacy - making him multilayered, and fascinating to watch.

Don’t be fooled, however - Tic isn’t Lovecraft Country’s sole focus. Birds of Prey’s Jurnee Smollett easily steals the show as Leti, Tic’s childhood friend who shares a complicated relationship with her sister Ruby. Episode 3’s haunted house plot shines a spotlight on Leti, wherein we see Smollett absolutely knock it out of the park as she contends with ghosts and racist neighbours - which has become just another Tuesday in these characters’ lives.

We were only given half of Lovecraft Country’s first season to review - so it’s difficult to fully dissect its story and figure out what it’s trying to do. The central storyline connecting everything involves a mysterious cult that Tic has ties to, but that never gets more surreal than the small horrors these characters endure on a daily basis. When trying to have a meal at a white diner, they get chased out by a gun-toting car full of racists. When Leti tries to buy a house, her white neighbours give her the coldest of welcomes. 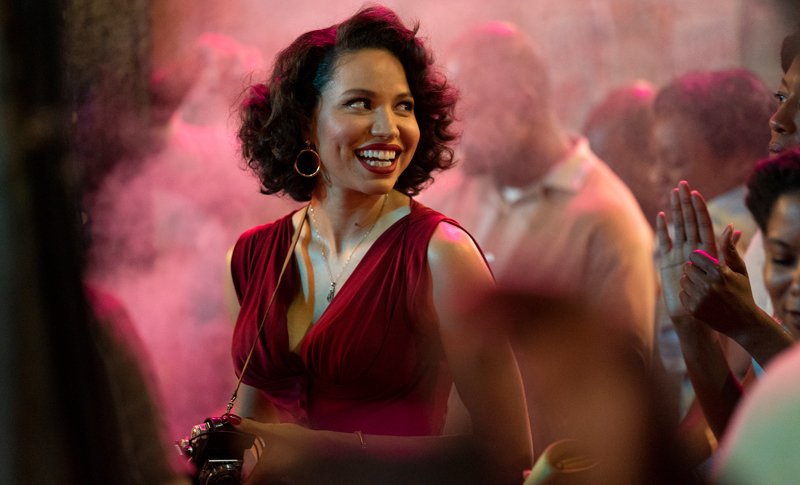 That might be what Lovecraft Country is trying (and succeeding) to do here: to throw black characters into pulpy horror stories, and reveal how much easier that is to swallow - than the real-world horrors they endured due to the colour of the skin. You get plenty of the latter in Lovecraft Country - but showrunner Misha Green buries those scenes under tremendous helpings of adventure and magic. Hopefully, this contrast is explored more in the show’s second half.

Unfortunately, while I admire Lovecraft Country’s far-reaching ambitions - its writing isn’t always up to par. The show’s opening two-parter bounces from feral forest-dwelling monsters to underground cults playing with magic, and there’s a tonal whiplash there that makes the series feel more cartoony than scary. Its haunted house episode was so lacking in terror that it felt dull, only saved by the strength of its leading actors. While its special effects were absolutely outstanding, I do wish Lovecraft Country actually delivered on the horror that was promised. 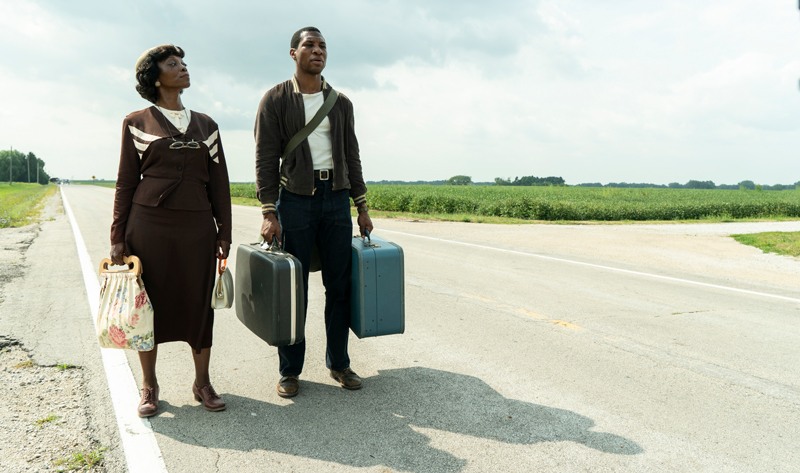 From the five episodes we’ve seen so far, Lovecraft Country is certainly one of HBO’s most creative and well-written series yet. Its darker, more relatable themes are painted over with shades of cosmic horror, but make no mistake. This series does not shy away from the ordeals its black characters have to suffer through in 1950s America, and that feels especially relevant today - with the country seeing widespread protests against systemic racism lately.

When it digs into these stories and experiences, it shines. However, a large chunk of Lovecraft Country is still about monsters and magic. Tic unravels a mystery that takes him to strange corners of the world, filled with creatures good and evil. Sometimes, that journey ends up being a fascinating watch. Other times, this level of pulpy, campy storytelling just doesn’t match up with the show’s most grounded moments.

If Lovecraft Country pours more effort into its surreal stories, it will become one of HBO’s finest offerings yet. If not, it will have to stand on the strength of its main cast alone - and honestly, that might be all it takes to keep me watching.