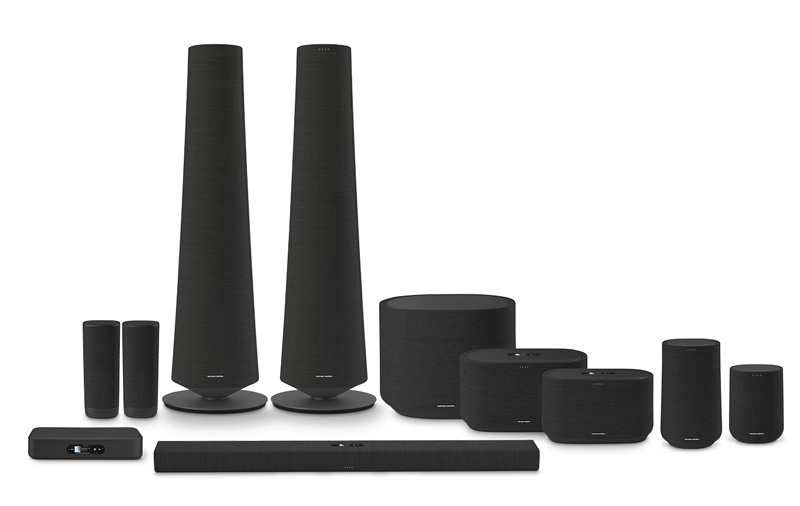 We already covered news of Harman Kardon's Citation speaker series back in January of this year, so we were quite looking forward to seeing them in person. After all, these are premium wireless speakers in a great variety of sizes, all wrapped with premium Kvadrat fabric that support low latency 24bit/96kHz HD resolution multi-room audio streaming thanks to their use of WiSa technology.

Just like the offerings from Sonos, the Citation speakers are meant to be used either individually in separate rooms, or as part of a wireless surround system you can build up in your living room. Being wireless gives you good flexibility in that regard, as you can simply place the speakers wherever you wish without having to worry about running cables.

With the exception of the supporting Sub and Surround speakers, they also support Google Assistant, Apple AirPlay 2 and Chromecast, so you'll have plenty of options for streaming audio in your home, whether it be from an internet streaming service or your tablet/mobile phone. 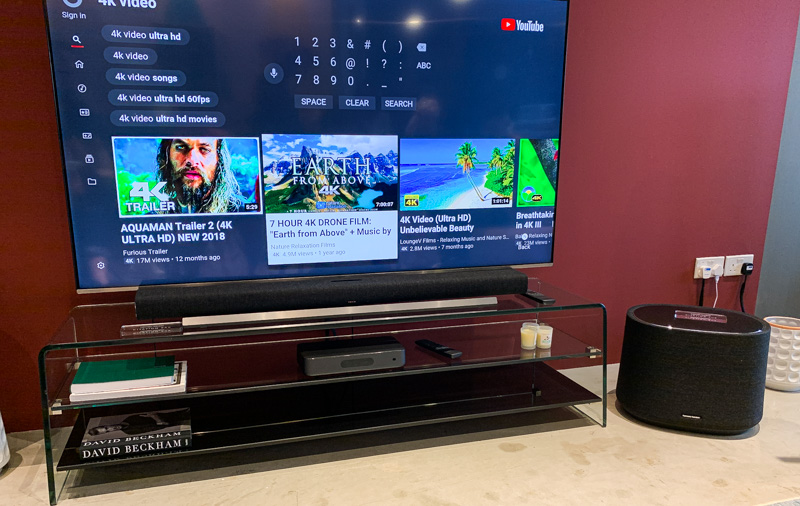 Here's the first setup demonstrated -  the Citation Bar paired with the Citation Sub. The Citation Bar measures 1,150 x 64 x 115mm and weighs 4.1kg. It's what Harman Kardon calls "their smartest sound bar", and this comes with a full colour LCD touchscreen so you can control playback with your fingers. As with the rest of the series, there’s multi-room support, and this has three HDMI In and HDMI ARC ports for connection with your TV and additional peripherals.

In fact, this is the only speaker in the Citation family that has ports for connecting to other devices, so if you want to use your Citation Tower or Surround for anything other than streaming music, you'll need to have a Bar or a Citation Adapt, which wasn't on display. 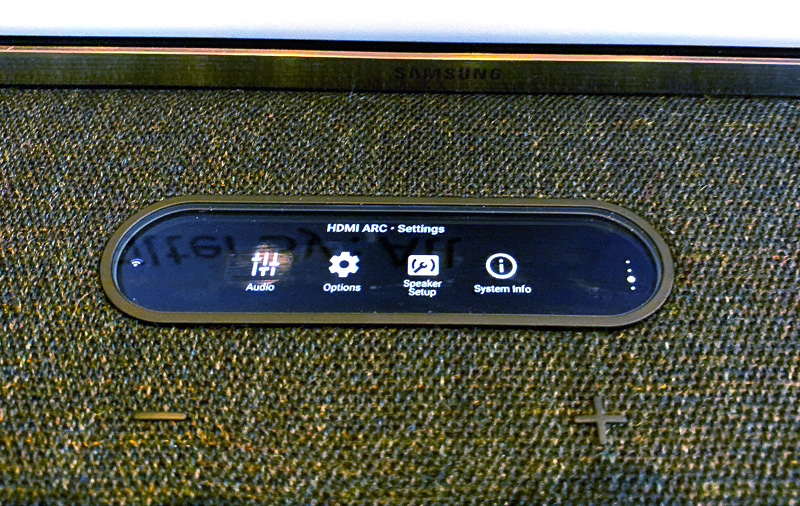 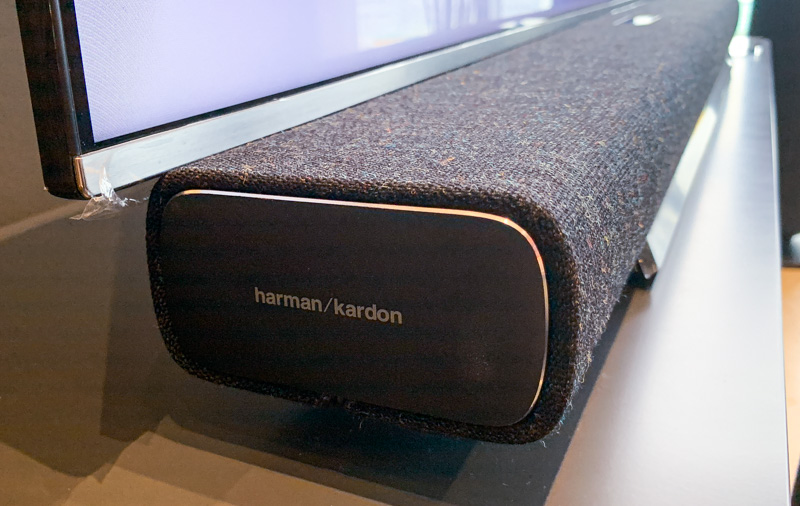 The Citation Sub on the other hand, measures 447 x 334 x 367mm and weighs 14.35kg. It's also wireless so you can plug it anywhere you want and it will be able to pair up with the rest of your system. It also connects to the internet for automatic software updates so it will always be up to date. This has a 10-inch subwoofer with a power rating of 200W RMS for deep booming bass. 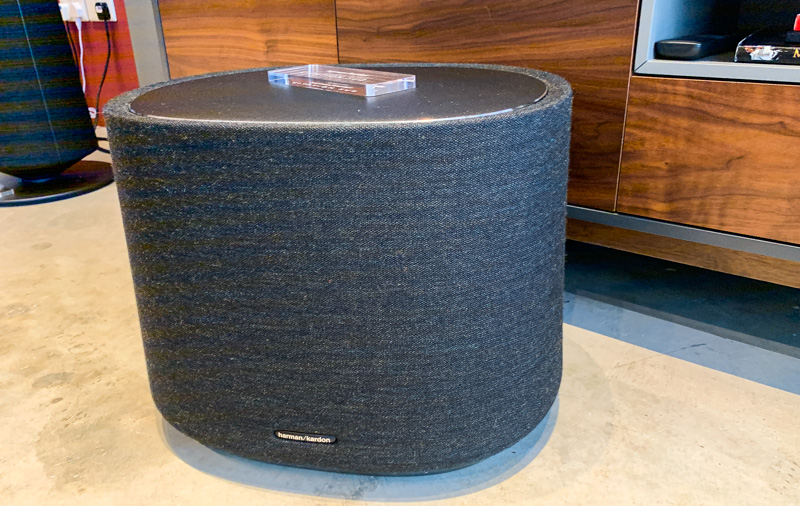 We were first treated to a video clip of the trailer from The Greatest Showman, where Rebecca Ferguson's character delivers a rousing rendition of Never Enough to a crowded theatre.

With just the Bar and the Sub, the system produced nice warm vocals with a medium sound stage, but the sound felt slightly rounded off, so you didn't quite get the crisp highs you might expect, and there wasn't the physical impact you expect from such an emotional piece either.

Moving on to a recording of Angels by Sarah McLachlan, the Bar showed a bit of its limits as we detected slight distortion at louder volumes, as well as slightly bloated lower mids. 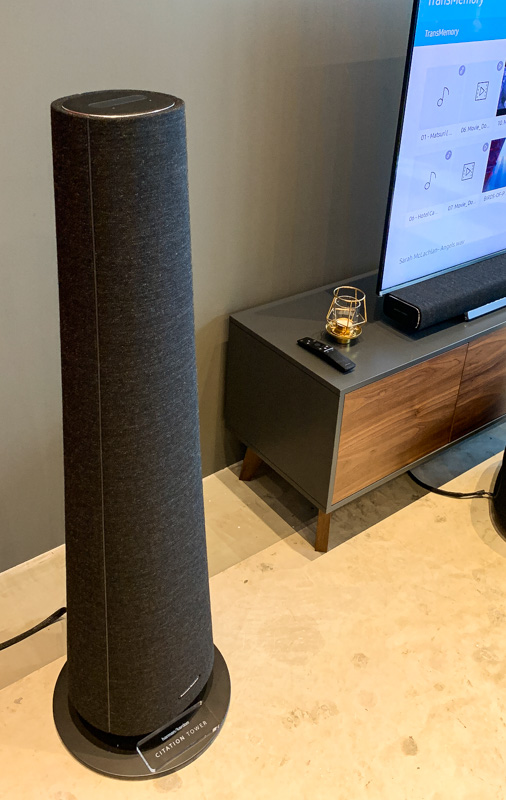 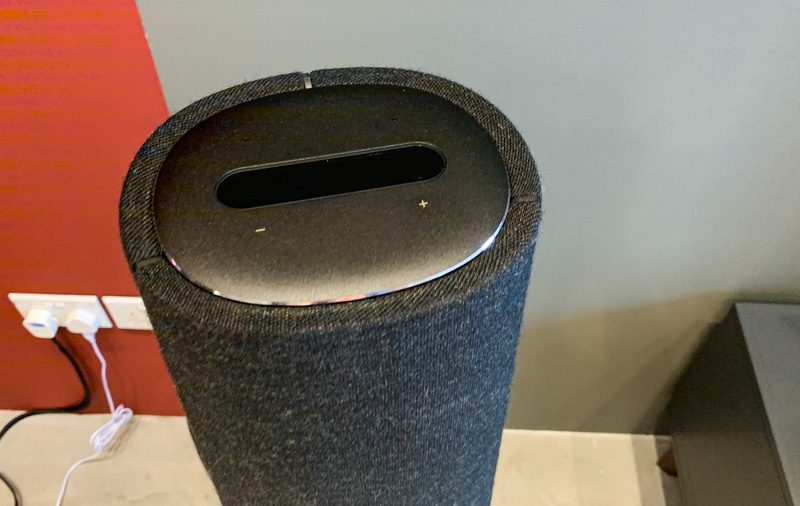 Perhaps the most premium speakers in the lineup, these too have Google Assistant support and a colour touch display for direct control of playback. Each tower has one 25 mm tweeter, two 4-inch woofers, and an 8-inch subwoofer within, thus being able to deliver quality audio across the entire range. 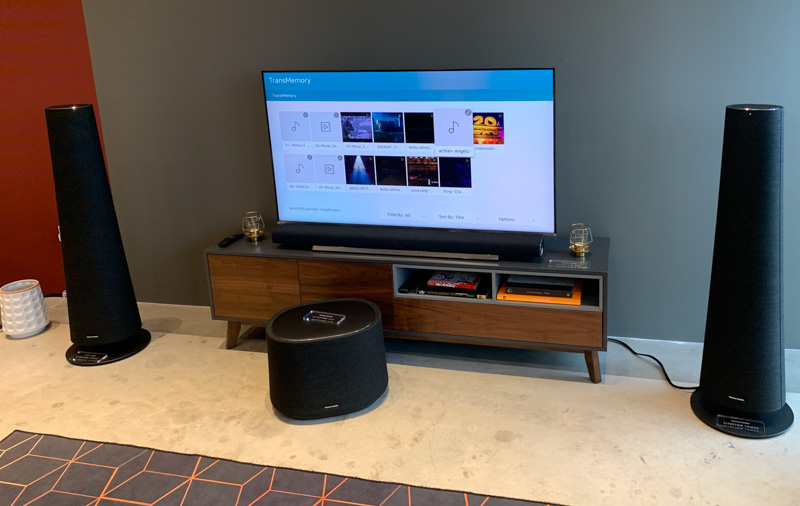 The audition started with the Dolby Atmos trailer - "Leaf". This features a nature scene and has a leaf spinning around you, so with the full 5.1-channel setup you really felt the sound moving all around you. There's good power with the surround speakers so you can actually physically feel the sound coming from above and behind.

Moving back to the trailer from The Greatest Showman, the 5.1-channel system obviously turned in a much better performance. The musical instruments in the scene were much better rendered, with nice crisp highs. More importantly, the Towers managed to better render the emotion in Ferguson's vocals, so you actually felt the emotion.

Finishing off with the acoustic version of Hotel California by The Eagles gave the system a chance to show off the bass extension of the entire system. This has good weight and nice extension that you feel in your body. The system also did a good job of imaging the crowd around us, so it really felt like we were right there at the performance.

It seems like the Citation Towers are really the best units in the series, but they're also the most pricey at S$3,999 per pair. The Surrounds cost S$699 per pair, the Sub costs S$1,199, while the Bar costs S$1,199. You won't need an AV receiver to run the system, as everything connects through the Bar.

The Harman Kardon Citation series is available now at all authorised retailers and the JBL Sound Gallery at T-Space, which offers a 90-day moneyback guarantee with all its products. It can also be found at the company's official store on Lazada.