Review: Mortal Kombat has lots of fan service to offer but not much else
Tech Guides

Standard-definition televisions (SDTVs), like the bulky old CRTs for example, are able to display up to 480 or 576 lines of interlaced video depending on the source. An interlaced scan consists of two fields, made up of odd and even lines. For instance, an SDTV scans a PAL signal (a video signal standard in this region) at 25 frames per second - with each frame consisting of odd and even fields, resulting in 50 fields per second. Many terrestrial programs are broadcast in such SDTV formats, like Channel 5 and 8 from MediaCorp. However, interlaced displays are prone to flickering or "shimmering" issues due to the alternating fields. 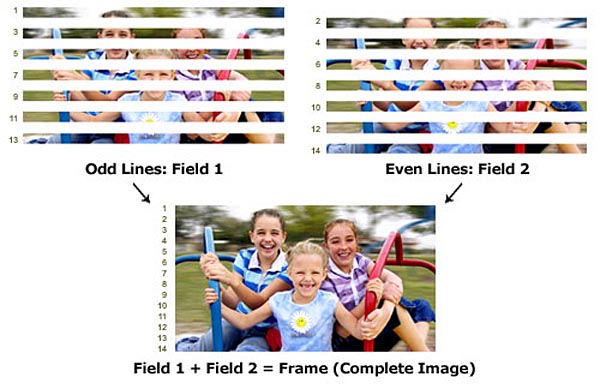 Modern digital TVs, on the other hand, would convert the interlaced signal (a process called de-interlacing) to a smoother progressive format. A progressive scan has the lines "painted" in one at a time in sequential order, instead of alternating between odd and even lines. As such, we've 50 frames per second, instead of 25. In layman's parlance, progressive scans refresh the image in "full", while interlaced ones have frames which alternate between two fields. As a result, a progressive scan is able to give you a sharper and smoother image, especially noticeable in sports and fast-action movies.

Also, high-definition televisions (HDTVs) can display resolutions of up to 1080 lines, compared to an SDTV's limitation of 576 lines. Furthermore, most HD tellies also feature the 16:9 widescreen aspect, instead of the boxy, traditional 4:3. In fact, HDTVs only come in 16:9 widescreen format, whereas SDTVs can come in either the 4:3 or 16:9. Also, note that HDTVs are fixed displays. Depending on the picture, a HDTV would either scale up or scale down the image size to suit its native resolution.

What Do the Stickers Signify?

Generally, there are two primary types of HDTV panels available for retail in the local consumer market: HD-Ready and Full-HD. The two descriptions might sound similar but they're actually quite different in terms of picture resolution. Acquaint yourself with them here:

There are various ways to tap into HD sources. However, not all of them are necessarily legitimate. Apart from the various outlets mentioned below (which are perfectly legal by the way, provided you pay your bills), some of the more recent and premium television sets also come with widgets which allows you to view HD streams online, such as YouTube. Many such TVs are currently termed as Smart TVs.

Terrestrial & Cable HD: By 'terrestrial', we're referring to free-to-air analog TV transmissions. With digital terrestrial HD broadcasts, however, it's best to get a TV with a built-in digital (DVB-T) tuner plus an integrated MPEG-4 AVC decoder function. A digital TV antenna is required as well. There are other workarounds, such as obtaining a DVB-T set-top box if your TV lacks the tuner.