HDTV Trends - What You Should Know

Now that you've gained a fundamental knowledge on the HDTV types, let's move on to the latest buzzwords associated with newfangled television sets. Without a doubt, recent trends such as 3D, LED TVs, USB Playback, and Internet TVs are on everyone's lips. Visit an electronic store, and chances are the salesperson would accost you with such tasty lures. Question is, do you need these added features? Or is a simple yet capable HDTV enough to gratify your AV needs? It's important for you to understand such terms since you don't want to end up buying a $5,000 set when you could have gotten a cheaper alternative without the bells and whistles. Here are the answers to four commonly asked questions:-

Steeper costs, health issues, and a lack of content are some aspects you'll need to mull over before getting one. Generally, a 3D display can be priced up to 200 percent more than a similar set without the 3D features. Most TV manufacturers offer a 3D bundle, which includes a 3D-ready Blu-ray player plus one or two pairs of 3D glasses. Be prepared to fork out a hundred dollars or more for each person if you've larger-sized families. Sony's funky TDG-BR50/L model, for example, will cost you S$149 per pair. By the way, 3D sets aren't limited to LCDS alone for brands such as Panasonic and Samsung also offer 3D iterations on plasma screens as well. 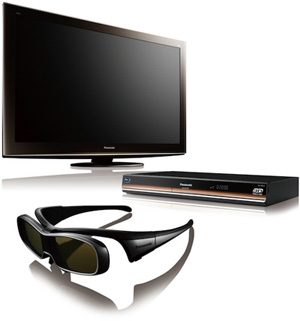 Then there are health risks to consider, such as possible dizziness or nausea spells which follow 3D viewing. Content is also scarce at the moment, with only two 3D movie titles available on SingTel's mio Video-On-Demand services and none on StarHub Cable TV. Of course, you may procure your own 3D Blu-ray titles such as Coraline (2009) or Clash of the Titans (2010); but even so, the 3D Blu-ray list is far from exhaustive at this point in time

2. What's the Fuss About LED-backlit TVs?

LED technologies deployed in HDTVs can be diverse and no less confusing. To make it easy for you, we'll use LG as an example. The Korean TV maker have three LED backlight variations to date – full-array with local dimming (IOL),  integrated optical plate (IOP), and edge-mounted. Local dimming, in essence, is the LED's ability to turn itself off when it isn't needed, such as a dark area of the picture. 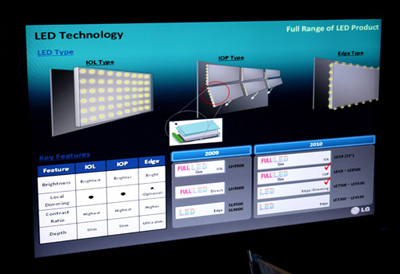 Full array, or direct LEDs, are able to produce more uniform blacks and contrast levels compared to edge-mounted types. Reason being they are mounted in a full matrix behind the LCD panel, which enable them to target specific areas instead of general clusters. Segmented types, such as LG's IOP technology, sport many optical plates (see diagram) with edge mounted LEDs around each plate. They provide a more balanced picture and black levels than conventional edge-mounted types, but are less precise with their illumination than the full-array technique.

3. What Exactly is an Internet-enabled TV?

Simply put, Internet-enabled TVs does what its moniker suggests - it connects you to the Internet. Typically fitted with an Ethernet port, some HDTV models in the market also offer Wi-Fi features as an added perk. Either way, simply connect the HDTV to your home network and you're one with the cloud. Fact is, accessing and streaming web content such as YouTube videos, Picasa pictures, or news and weather reports are no longer a revelation on such HDTV models. And most of them achieve this with the aid of built-in widgets on its Internet platform. Some brands, such as Samsung, even has its own app store which enables you to download apps from. To date, many names have already hopped onto the Internet-enabled bandwagon, including LG, Sony, Panasonic and Toshiba. An Internet-enabled TV comes with a heftier premium than basic models, but it's worth the pinch if you prefer to stream web content directly onto the big screen. 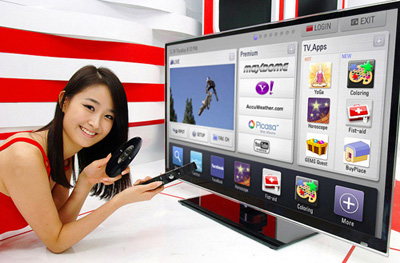 4. Is There an Alternative Solution to Utilize Apps on Non-Internet-enabled HDTVs?

Yes, there is. Apart from spinning Blu-ray discs, the good news is many recent Blu-ray players are also equipped with Internet and multimedia applications. They enable you to stream or access online videos, pictures and more, like Sony's BRAVIA Internet Video platform for example. Similar to Internet-enabled HDTVs, however, you'll need to connect the BD player to your home Internet network. If the router isn't in the vicinity of your player, it's best to go for a Blu-ray player with Wi-Fi options, integrated or otherwise. Upgrading to a Blu-ray player with access to web content is a more cost-effective measure, compared to say, upgrading the TV just for its app feature. For instance, Sony's BDP-S370 is available at a wallet-friendly price of S$250 or less. You might have to spend hundreds more on a new TV set, depending on the make and size of course. 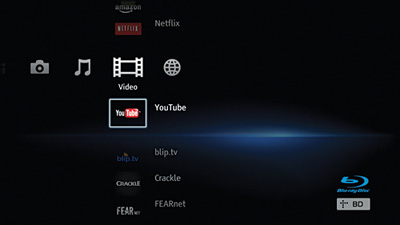