In the previous page, we covered the basic differences between standard-definition (SD) and high-definition (HD) TVs, namely the latter’s ability to do progressive formats and higher resolutions. In between these two, there’s actually another format known as Enhanced Definition TV (EDTV) that does progressive but retains the resolution of the SDTV format.

Before 1080p HDTVs were readily available (and that was just a few years ago), the priciest and highest-end HDTV sets were those that supported 1080i. Today, we can hardly find 1080i-only HDTVs. The current crop of HDTVs has a native resolution of either 720p or 1080p. A 720p HDTV is capable of accepting 1080i signals and displaying them by down-converting the image, while a 1080p HDTV is also capable of taking that same 1080i signals and display them in progressive form without loss of resolution, through a technique known as de-interlacing. 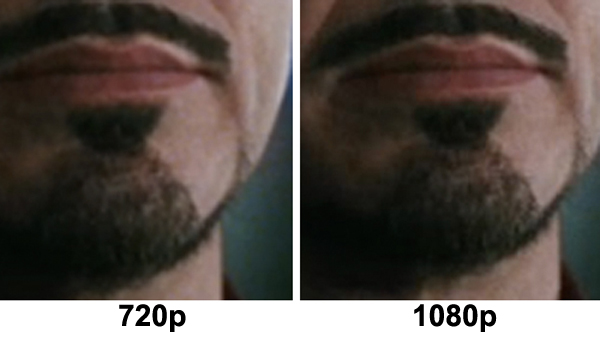 Without question, a 1080p HDTV has a higher resolution than a 720p one. To be exact, it has 2.25 times the number of pixels (2,073,600 vs. 921,600). Just like a digital camera with a higher megapixel sensor that captures and shows more details, a 1080p HDTV is able to show much more details than a 720p version. Of course, that’s assuming you have the content to match. Unfortunately, 1080p content is hard to come by apart from Blu-ray discs. Connecting a PC to the TV is another possibility, but it’s certainly not the use case for most people. And let’s not even talk about DVDs – they belong to an era known as standard-definition. However, it's likely that SD content might appear ugly on a 1080p set - it’s akin to over-enlarging a low-resolution photo, with tons of imperfections.

The above being said, if you envision watching a lot of Blu-ray titles, then of course, a 1080p set makes sense. On the other hand, most HDTV broadcasts are done in either 720p or 1080i. The main reason is the high bandwidth requirements for 1080p content. For 720p signals, the TV would up-convert them to the screen’s native resolution (if you've a 1080p TV). As stated above, while no up-conversion is necessary for 1080i signals, another process known as de-interlacing (converting interlaced signals to non-interlaced form) needs to be done. Let’s just say that not all HDTVs can do de-interlacing well.

Let’s revisit the digital camera analogy. Say you’re deliberating between a 12MP camera and a 6MP model. You know the former gives you more and sharper details, but you also know that you print all your photos in tiny name card sizes. Do you then really need the 12MP camera?

The above analogy can also be applied to HDTVs as well. On smaller screen sizes, we’d say that the resolution advantage a 1080p HDTV has over a 720p set is negligible. And when we say “small”, we mean anything below 40 inches. To really take advantage of 1080p, we recommend at least a 47-incher. But as with all maturing technologies, even native 1080p, 32-inch LCD HDTVs are going at very attractive prices. In fact, we predict that in a couple of years, there'd no longer be any debate between 720p and 1080p HDTVs, since all HDTVs would be at least 1080p by then.

To throw another spanner in the works, you should also factor in viewing distance. Generally, the closer you sit to the TV, the more details you see. Also, the sense of presence is amplified. Conversely, to see the same amount of details at a further distance, you’ll need a larger TV. Many TV buyers made the mistake of not considering the relationship between screen size and viewing distance. Some bought a huge TV to put in small living room (imagine sitting a mere meter away from a 60-inch TV), while some placed their 32-inch TV five meters from their couch. That’s similar to attempting to discern the details on a 4R-sized photo positioned ten meters away from you. 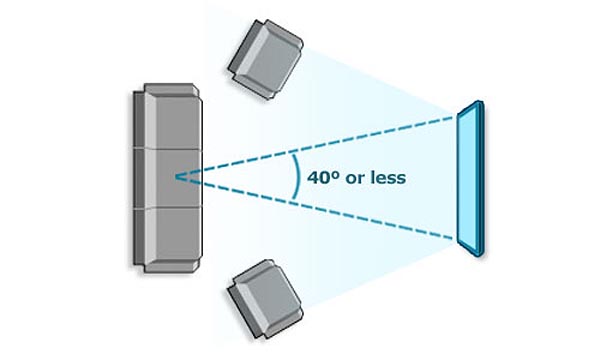 So what should  the optimum viewing distance? There are many different methods of calculating optimum viewing distance out there and each has its own merits. For example, THX recommends dividing your screen size (measured diagonally) by 0.84 to achieve the best seat-to-screen distance. For a 52-inch TV, that translates to a viewing distance of about 62 inches (roughly 1.6 meters). Here at HardwareZone.com, we usually start from a distance that’s twice the screen size. For example, if you've a 52-inch TV, try sitting 104 inches (about 2.6 meters) away from it. You can try moving closer by 0.5 meter, or further by 0.5 meter from that mark. Experiment within this range (in this case, 2.1 to 3.1 meters) until you’re happy with what you see on the screen. More importantly, make sure your eyes aren't strained and fatigued after each viewing session.

For a vertical placement, avoid placing or mounting the TV too high on the console or wall. A straight line of sight is the best, and THX recommends that viewers should not have to look up more than 15°. From a ergonomics point of view, tilting the head upwards is worse than tilting down. Remember, you’ll only realize the full benefit of a 1080p HDTV when you fulfill these three criteria:- True 1080p content, an appropriate screen size to take advantage of the higher resolution, and a viewing distance that allows you to see the added details distinctly and comfortably.