If I recall correctly, this was the last movie I reviewed in cinemas before lockdowns hit in March. Poor timing aside, The Invisible Man is a fantastic horror movie. We’re introduced to Cecelia, a survivor of abuse who’s being stalked by an ominous, invisible presence. Elisabeth Moss brings so much to this character, one of the few horror protagonists in recent memory who actually felt like an intelligent human being. Despite all the supernatural gaslighting shenanigans going on, she absolutely refuses to give in.

It’s best if you walk into this movie blind, as most of its trailers spoil the story unnecessarily. I’ll just say this: The Invisible Man mixes in incredibly relevant social commentary with creative scares, and as a result, feels like one of the freshest horror movies I’ve seen lately.

I feel like some people are going to see Chadwick Boseman’s name pop up for Best Actor nominations come awards season, and assume it’s some sort of polite nod due to the tragedy of his passing. It’s not. Boseman absolutely slays his role in Ma Rainey’s Black Bottom, Netflix’s new film adaptation of a 1982 stage play. Directed by George C. Wolfe, its story is set in 1927 Chicago, following a fictional recording session by the real-life blues singer Ma Rainey and her band.

The cast is just dripping with talent. Viola Davis stuns as Ma Rainey - a woman who refuses to accept anything less than what she deserves. Colman Domingo and Boseman play members of her band. Their characters are constantly at odds throughout the film, as the latter believes he’s far better than the material he’s given to perform. At every turn, this movie reminds you that it’s based on a play - from its long, passionate monologues to the abrupt scene changes. All of it still works so well, thanks to the strength of its writing.

Wolfwalkers is jaw-droppingly beautiful. This animated fantasy movie adapts a tale from Irish folklore, something that animation studio Cartoon Saloon has actually done twice before with The Secret of Kells and Song of the Sea. Wolfwalkers is set in 17th-century Ireland, following a young girl named Robyn and her father, Bill. The English family find it difficult to adapt to life in Kilkenney, an Irish town that seems to barely tolerate their presence.

After Bill is tasked with ridding the forest outside Kilkenney of wolves, Robyn ventures into the woods and discovers the existence of Wolfwalkers - shapeshifting humans who can turn into wolves. Every frame of this film is a literal painting, vivid with colour and sharp with detail. The story certainly lives up to its beauty too, peppered with twists and colourful characters that keep you engaged until it ends. It’s undoubtedly one of the best-looking animated movies I have ever seen.

I have an affinity for time loop stuff (Groundhog Day, Supernatural’s Mystery Spot), so of course Palm Springs is topping this list. The trope is well-worn at this point: the protagonist wakes up and discovers that they’re stuck reliving the same day again and again, with seemingly no way out. However, Palm Springs finds new ways to keep itself feeling fresh, simultaneously juggling compelling characters with riotously funny comedy.

The strength of this movie lies in its main duo: Cristin Milioti’s Sarah and Andy Samberg’s Nyles. We meet Nyles fairly deep into his stack of never ending todays, and at this point, he’s given in to his fate. Things get complicated when he almost hooks up with Sarah however, and accidentally pulls her into his loop. Unlike Nyles, Sarah absolutely refuses to relive this particular day again and again, and works with him to find a way out. If you're craving Brooklyn Nine-Nine's next season, this'll do the trick.

1. Portrait of a Lady on Fire

Much like the painting at the center of this film, Celine Sciamma’s Portrait of a Lady on Fire is a work of art. The story follows Marianne, a painter who receives a commission to paint a portrait of Heloise, a young woman who has refused to sit down for such portraits in the past. Thus, she’s forced to take sketches of different parts of Heloise’s body secretively, under the guise of being her travel companion.

As the two draw closer however, it becomes clear that their connection comes with a ticking clock. Once the painting is completed, this solitary, wonderful moment in their lives will end. Portrait of a Lady on Fire is a bittersweet love story, but a gorgeous one bolstered by lavish colours, eye-popping cinematography and a slow-burn pace. This one sticks with you. 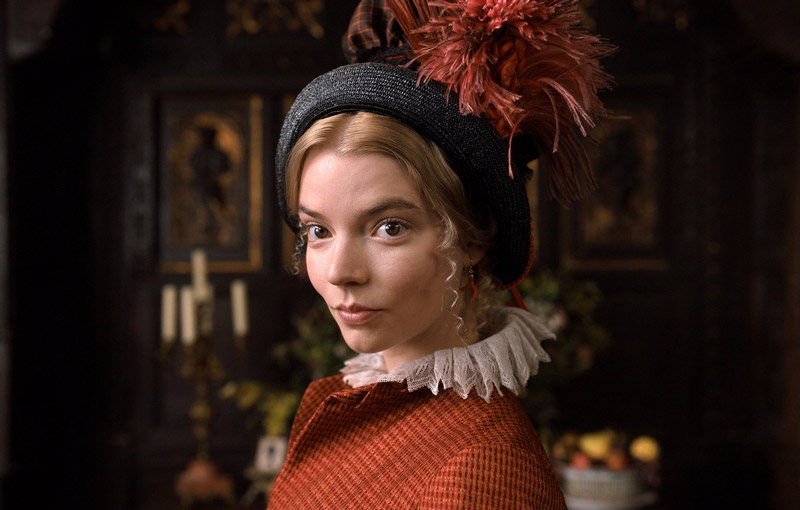 Every year brings with it a metric ton of great movies, to the point that carving out a Top 10 list like this feels incredibly difficult. Still, here we are at the end of it - without any mention of other movies from 2020 that I also really enjoyed like Uncle Frank, Borat 2 and The Trial of the Chicago 7. Possibly, without any mention of your favourite movies of 2020 either.

Think of this as less of a definitive Top 10 of 2020 list then, and more of a list of recommendations. If you’re bored on a weekend, any one of these would make for an entertaining afternoon! In the meantime, we’ll sit and wait for all those other movies that got delayed to 2021. They have to come out at some point, right?