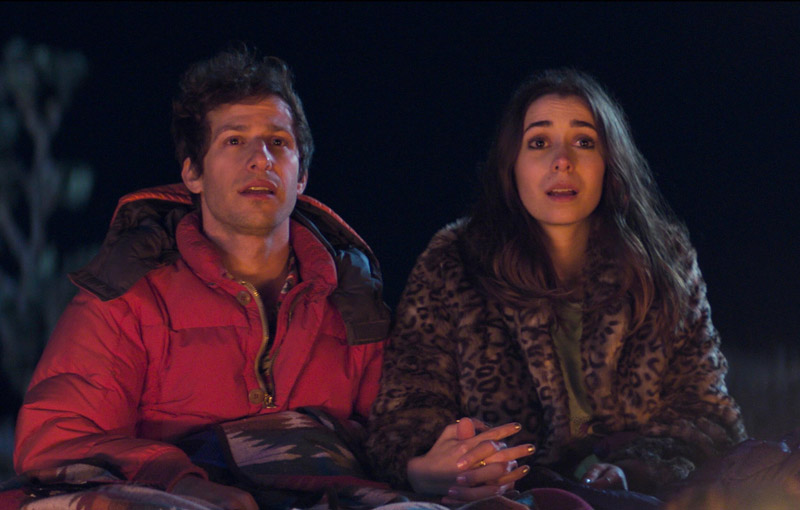 We had a pandemic that hit theaters in a bad way by mid-2020, causing most studios to pull movies out of their release schedules and shoved them deep into 2021 instead. As a result, we got less blockbuster releases compared to 2019 - which had Avengers: Endgame and Joker, for example. Streaming services went on practically undisturbed however, pumping out content for those at home to binge.

The year is over now though, and we still managed to see a lot of fantastic movies from January to December. Some on streaming services, and others in theaters under heavy safety protocols. Here’s my pick for the 10 best movies of 2020!

In this documentary, filmmaker Kirsten Johnson tails her father, Richard Johnson (Dick) with a camera after discovering he has dementia. The two collaborate to film a series of fictionalised deaths that might befall Dick at anytime, like falling down stairs or getting stabbed in the neck. It’s an incredibly morbid shade of black humour that drives this movie for sure, but it also demonstrates the strength of their father-daughter bond.

In between all of these cinematic ‘deaths’, we get a peek into the lives of Kirsten and Dick Johnson, and how they grapple with the latter’s slow but sure loss of self. How do you deal with death that is drawn out over such a long time? Dick is such a great subject for this film, too. He’s at all times cheery and agreeable, going along with the most complex death enactments without a single complaint. Kirtsten is fascinating to watch throughout as well, often turning the lens onto herself so we see how much all of this comes to affect her.

Dick Johnson is Dead is one of the most heartfelt love letters I’ve ever seen.

I remember thinking while watching this movie, “Hold on. Is this just Clueless remade as a period drama?” And then I learned that Clueless had actually been based on Jane Austen’s Emma all along. Silly me. This adaptation of the book stars Anya Taylor-Joy as Emma Woodhouse, a popular girl in a small town. She wants for nothing, which sets up this satire of social status pretty well.

The story might seem trope-filled by today’s standards (remember, the book was written in 1815), and you’ll almost certainly see its ending coming from a mile away, but my goodness is it beautiful. This movie is packed with bright and fresh colours from its costumes to its set design, so to say that it’s an eye-pleaser would be an understatement. While it makes a choice to stick to its source material closely, Emma still feels fresh and engaging thanks to a rock-solid cast and brilliant visuals.

8. The Vast of Night

The Vast of Night feels like a confident debut from first-time director Andrew Patterson. The movie takes place within a fictional Twilight Zone-esque series, contextualised as just another episode focused on the supernatural. The story is set in the 1950s, where a radio DJ named Everett and a switchboard operator stumble onto a strange audio frequency.

As the duo trace the audio frequency back to its source, they find other strange goings-on in their town that night: dropped calls, radio signals, an anonymous phone call and cries of conspiracy. This is a slow-burn story, picking up speed as it goes along - but it remains engaging throughout thanks to rapid-fire dialogue and a constantly unnerving atmosphere. It’s a better Twilight Zone episode than anything from the reboot lately, that’s for sure.

Anything from Pixar Animation Studios is worth a look, so imagine my delight when the studio put out two movies in 2020: Onward and Soul. Onward has its positives, but Soul is right up there with some of the best this studio has ever made. The story follows Joe Gardner, a middle school teacher chasing his dream to become a big-time jazz musician. Those dreams end up getting cut short when he dies, however.

A little dark for a kid’s movie, one would think - but director Pete Docter (Up, Inside Out) effortlessly touches on all the dark themes that come with confronting mortality, and spins it all into a touching lesson on what life should really be about. It’s Pixar at its most visually creative, too. As Joe Gardner reaches the afterlife, we see imagery the likes of which they have never attempted before. In the real world, Pixar’s animation borders on photorealism. It’s a beautiful movie, in more ways than one.

If there was one good thing to come out of the last two years, it was Keanu Reeves being in absolutely everything. Bill & Ted Face the Music continues that trend, finally ending a trilogy of cult classic sci-fi comedies that began in 1989. Bill and Ted are both middle-aged men now, still searching for the song they’re destined to write that will unite the world. Unfortunately, the duo haven’t quite hit the mark yet - and all of time and space is collapsing upon itself as a result.

This was probably the feel-good movie of the year. It’s hard to feel anything but love for a movie that is so heartfelt, sweet and funny like this one. Surprisingly, Alex Winter is the standout here, portraying an older Bill with a dose of much-needed maturity. Samara Weaving and Anthony Carrigan are also fantastic additions to the cast. Bill & Ted Face the Music might not have saved 2020, but it was certainly one of its brightest moments.