Chinese manufacturer ZTE has gone all out for CES 2014, showcasing no less than seven new or recently announced devices at its booth, as well as a number of other peripherals and oddballs such as its Mozilla Firefox-powered ZTE Open smartphone. We took a closer look at ZTE's just announced flagship smartphone, the Grand S II. 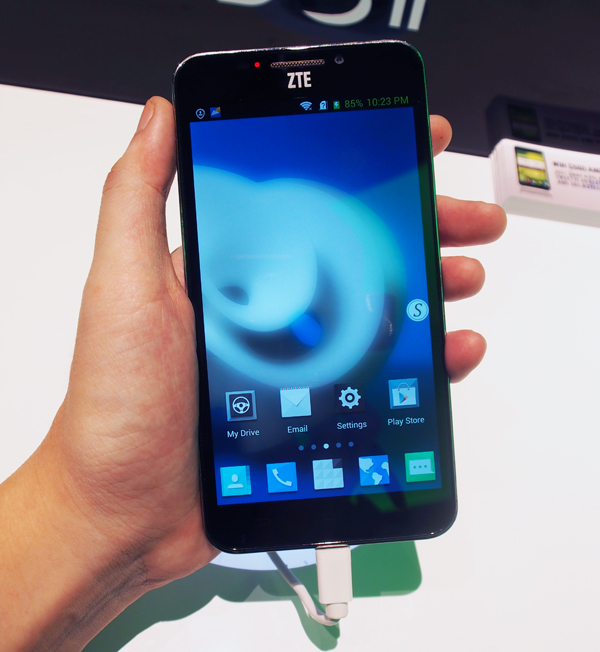 The Grand S II doesn't sport the most inspired of designs, and it's neither particular sleek nor thin, measuring about 9mm in thickness. It does have quite comfortable curves, and a fairly thin bezel, but while there's nothing really to dislike here, there's not much to get excited about either. Turn the device over and things are slightly more exciting, with a removable back case, which covers the 3000mAh battery, and is available in a number of different colors and finishes. On the show floor, the metallic hot pink and turquoise variants seemed to be drawing the most attention. The entire device is constructed from plastic, which keeps it relatively light at about 150g, but does also make it feel a bit cheap. 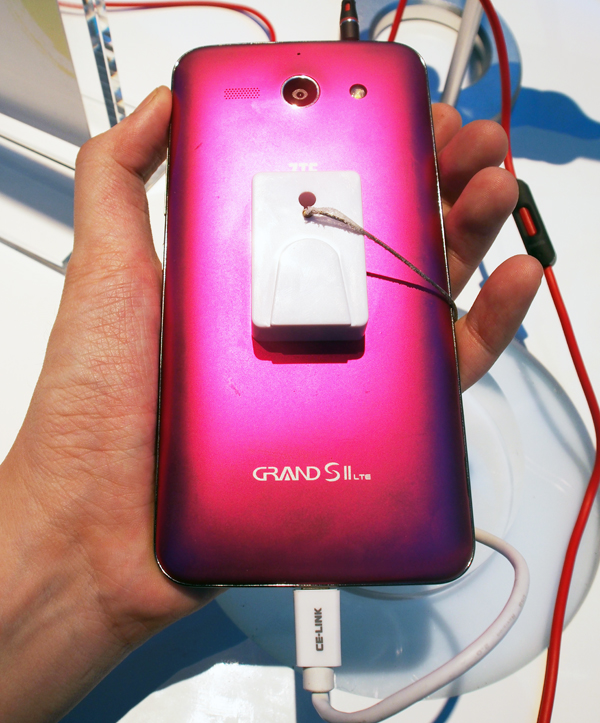 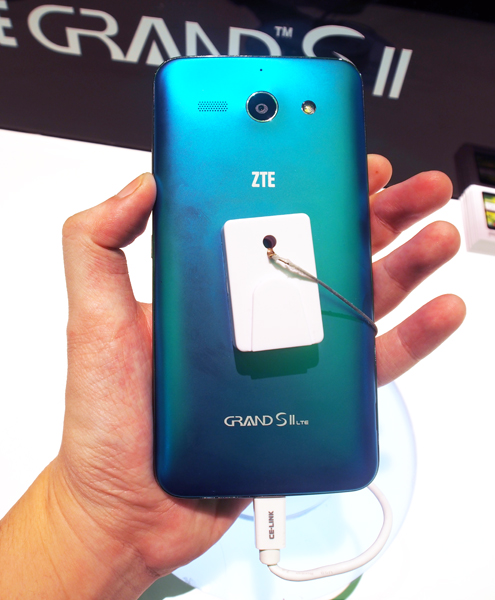 The phone is one of ZTE's biggest, boasting a 5.5-inch Full HD 1920 x 1080 pixel resolution display. Color reproduction on the display looks good, if a bit too vivid - although, that does seem to be the trend these days. Contrast was also good and wiewing angles were also quite wide. The screen is also very bright, and was easy to read even under the bright show lights.

Hardware specs on the Grand S II match up with most of the other Android flagship smartphones out there. The Grand S II is armed with a quad-core Qualcomm Snapdragon 800 2.3GHz processor and 2GB RAM, and the model we saw had 16GB onboard storage with a microSD card slot for further storage expansion. 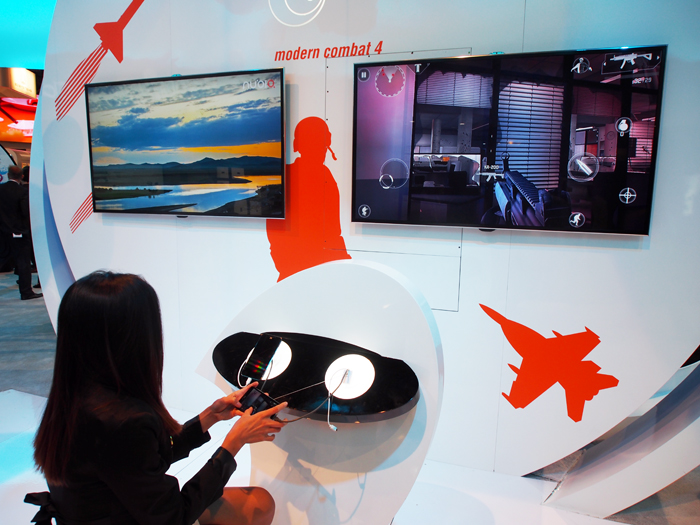 The Grand S II is running on Android 4.3 but is overlaid with ZTE's custom user MiFavor interface which seems to be a mixup of a bunch of other custom UIs like Samsung's TouchWiz and LG's Optimus UI with lots of animations and custom widgets. The phone is preloaded with a few of ZTE's own apps, which includes split-screen multitasking and some gesture control options. One of the more unique software features on the Grand S II is its voice activation capabilities, which can, for example, be used to activate the camera shutter or to unlock the phone.

ZTE is yet to announce availability or pricing for the Grand S II.

Along with the Grand S II, ZTE was also showcasing a number of other products at its booth: 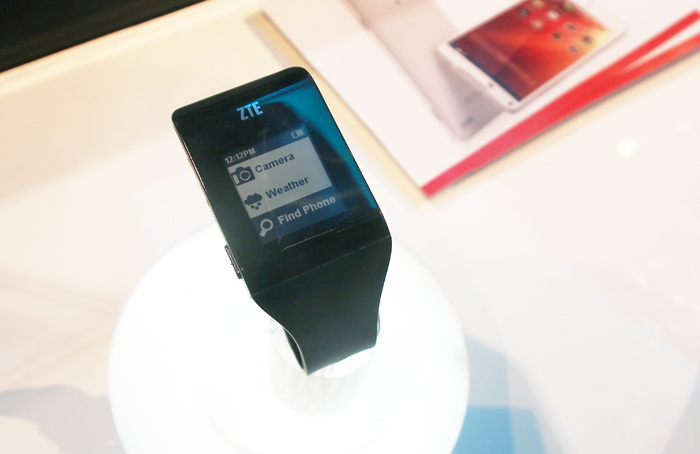 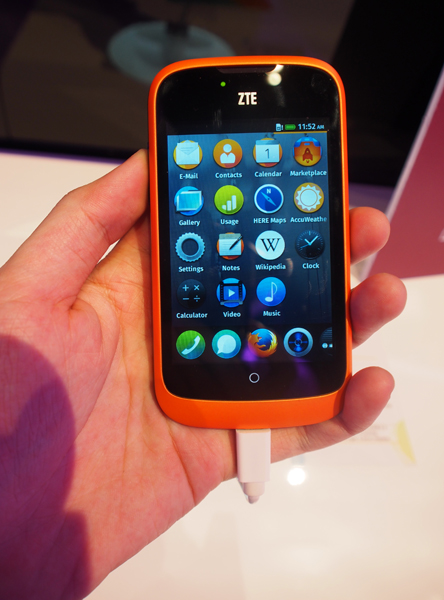 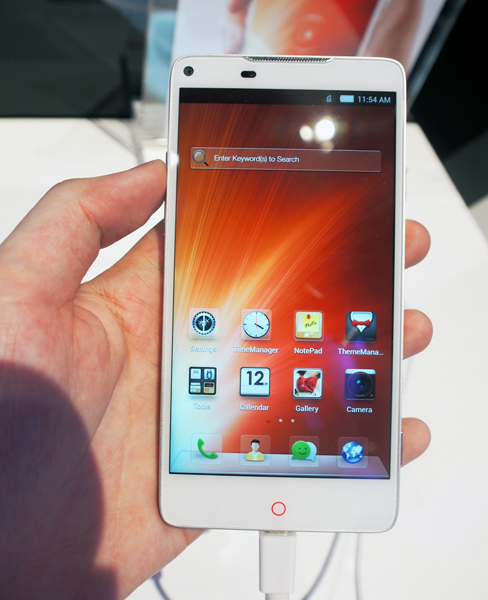