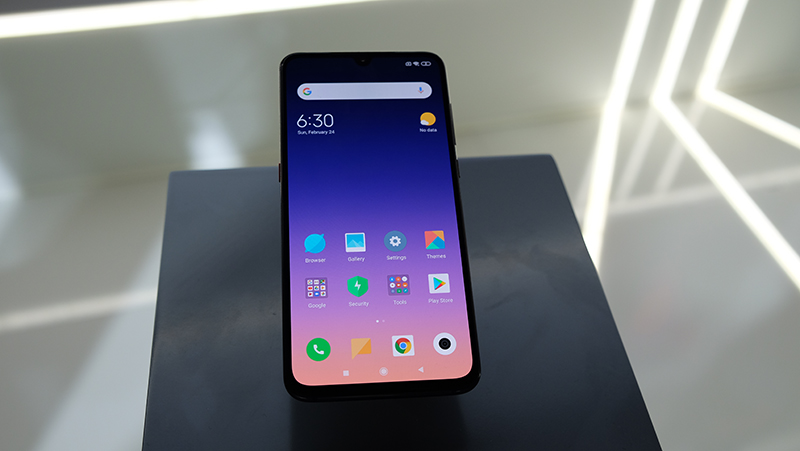 Xiaomi today announced the European pricing and availability of it's new Mi 9 flagship smartphone. It first revealed the phone in China last week, but it's now rolling it out to other regions.

The Mi 9 looks quite similar to last year's Mi 8, but it features a more curvaceous body that is more comfortable to hold, a smaller notch, and three rear cameras. The phone will also now come in more visually striking colors, including Piano Black, Ocean Blue, Lavender Violet and a special Transparent Edition. 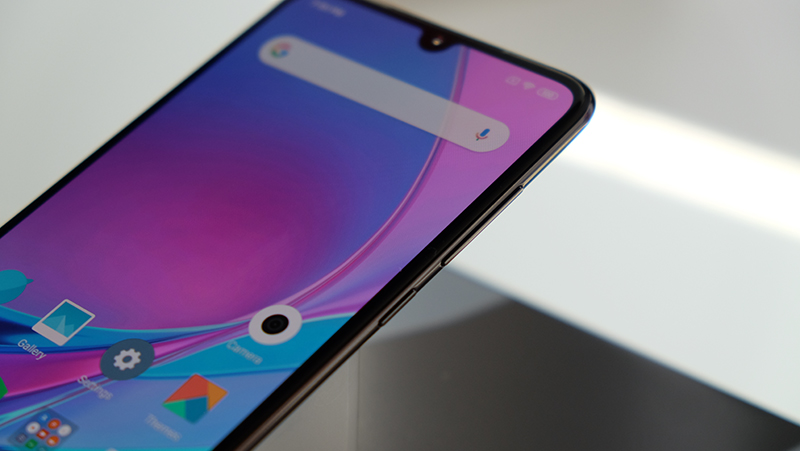 The lavender model looks particularly stunning, but Xiaomi unfortunately didn't have it on display in the demo area. The transparent model is quite interesting as well, even if you're not actually looking at the real components beneath the glass. Instead, it features fake chips and components underneath, not unlike the Mi 8 Pro from last year. 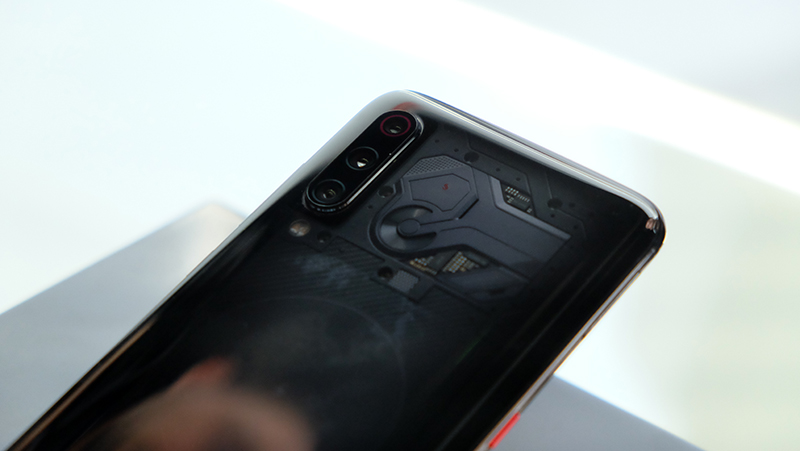 The Mi 9 feels really good in hand. It measures just 3.5mm at its thinnest point and weighs 173g. The curved glass back feels like it fits your hand perfectly, and Xiaomi is boasting sapphire glass covers on the camera lens for better scratch resistance and a fancy holo ring around the topmost camera. 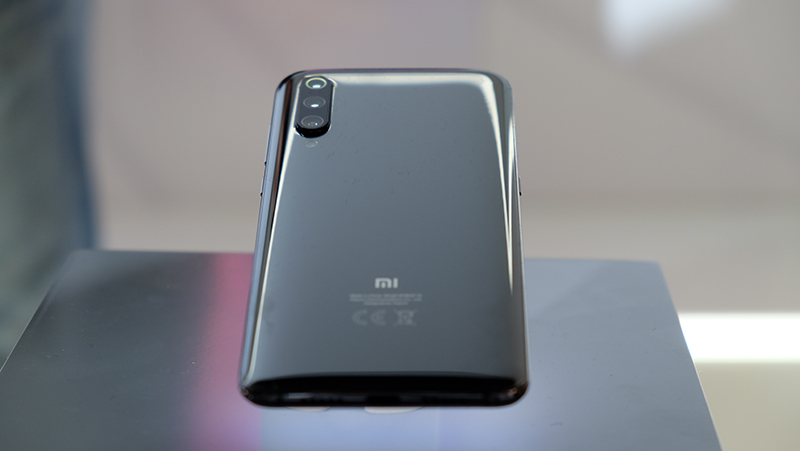 However, one downside to the glass body is how easily it attracts fingerprints and how slippery it is. You'll probably want to put a case on the Mi 9, or else risk cracking it or wiping it down every other hour.

Xiaomi dedicated a huge part of its presentation to the new triple-camera setup, which comprises one 16-megapixel ultra-wide angle lens with a 117° field of view, a 12-megapixel telephoto lens, and a 48-megapixel main camera. The telephoto lens provides up to 2x optical zoom and has an f/2.2 aperture, which will let you get closer to your subjects, while the wide-angle lens will let you better take in things like buildings and landscapes. 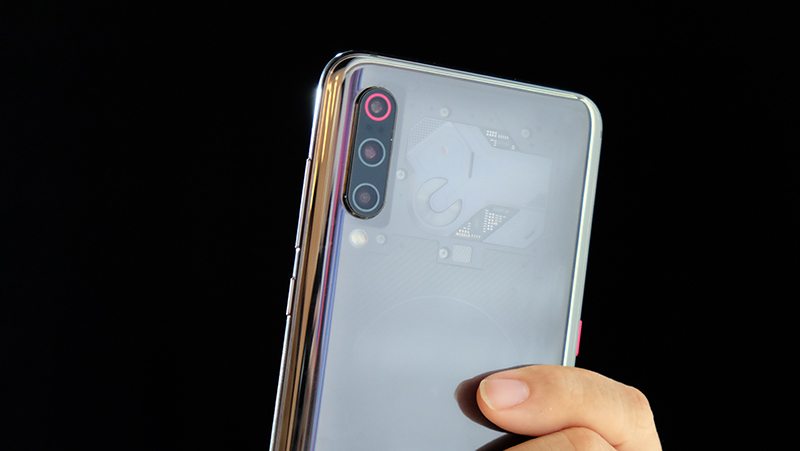 The main camera has an f/1.75 aperture and is equipped with the new Sony IMX586 sensor, but the ultra-high resolution 48-megapixel mode is not activated by default. Instead, you have to manually select it in the Settings menu. It also reverts to normal mode after the camera app goes to sleep, so it looks like Xiaomi doesn't expect this to be your default shooting mode.

One reason could be because the 48-megapixel mode requires fairly good lighting. The camera takes 12-megapixel shots by default, but it relies on pixel binning, where a 2x2 grid of pixels is combined to make a single, larger pixel. This technique lets the sensor capture more light, which the 48-megapixel mode wouldn't be able to take advantage of.

The camera bulge does seem fairly prominent, but I don't think it takes away much from the phone's overall design. 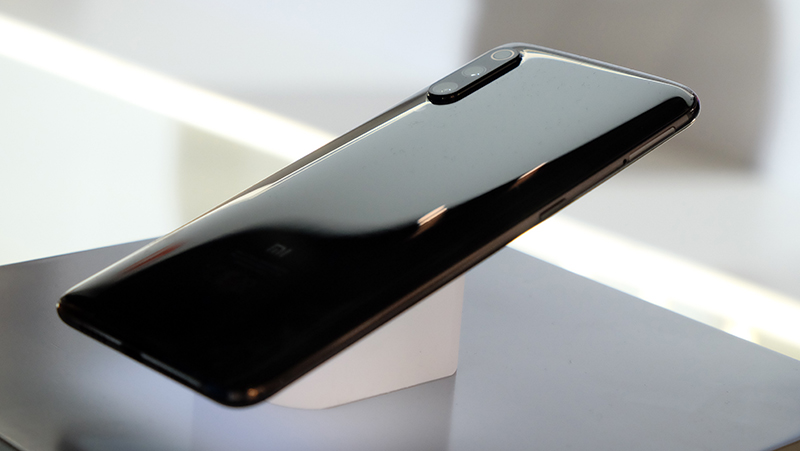 Unsurprisingly, Xiaomi is also touting some AI features on its triple camera setup. According to the company, its software can help correct distortion on the wide-angle camera and help steady night shots taken on the main camera.

The camera has some good video chops as well, and it is capable of 960fps slow-motion video.

On the front, the 6.4-inch AMOLED display has a 2,340 x 1,080-pixel resolution and barely any bezels at the top or bottom. It looks great with a pixel density of 403ppi, and there's really nothing like a true edge-to-edge display. There's also an optical fingerprint reader underneath the display.

On top of that, Xiaomi says the Mi 9 comes with proprietary wireless charging technology that can supply up to 20W of power to the phone's 3,300mAh battery. This means it'll take just 90 minutes to fully charge the phone wirelessly, or an hour and five minutes if you're using a USB-C cable and the included 27W charging brick. Alternatively, the phone will support 10W charging on Qi chargers.

None of that would matter if the phone wasn't also really fast, and the good news is that the Mi 9 is powered by the latest Qualcomm chip. It features a 7nm octa-core Snapdragon 855 processor which can boost up to 2.84GHz and an Adreno 640 GPU. It also comes with 6GB of RAM and either 64GB or 128GB of storage.

There is no headphone jack or microSD slot on board, but the phone does have dual SIM capabilities. In addition, there's a dedicated button on the left that will launch Google Assistant. However, what's really nice is the fact that Xiaomi will let you map this button to other things like the flashlight or your previous app. That said, there are still some limitations, and you can't map it to just any app that you choose. 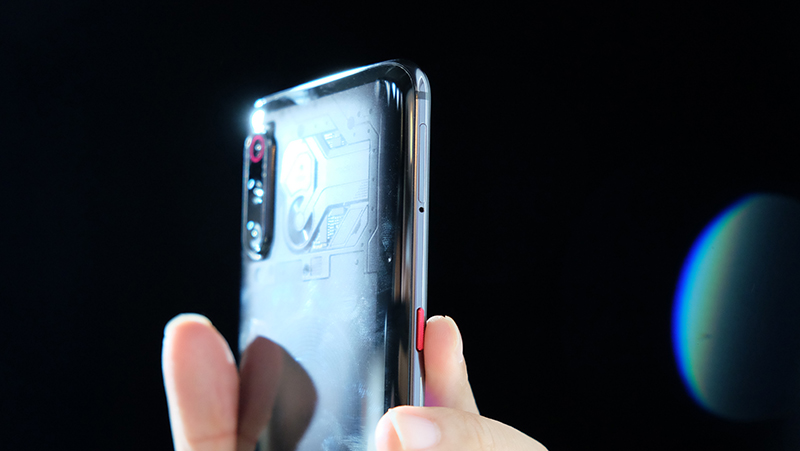 The Mi 9 will ship with Android 9.0 Pie, with Xiaomi's own MIUI 10 layered on top. MIUI generally looks quite attractive and polished, I think most people will be pretty happy with it.