Here are our favourite new features in iOS 15
Event Coverage

Hands-on with the Xiaomi Mi MIX 2, a 5.99-inch bezel-less phone that's not priced out of reach 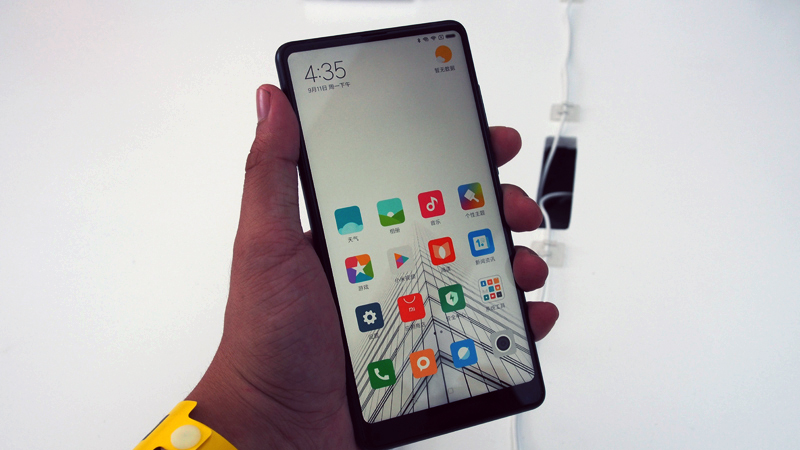 The Xiaomi Mi MIX range has officially taken over as a flagship offering amongst its 2017 product lineup, and this year's device is none other than the Mi MIX 2 smartphone. With that, Mi Note 3 takes a step back to the mid-range tier, while the Mi MIX 2 prepares for a global proliferation thanks to its support of 43 LTE network bands from all over the world. 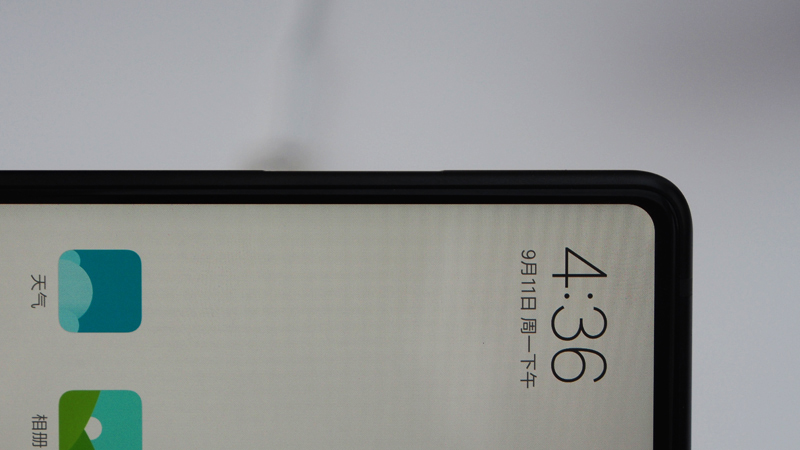 Our hands-on set was a modified unit - it had beta MIUI 9 (global) cloaking Android 7.1 OS beneath. The model itself was Black 256GB paired with 6GB RAM. With that in mind, the set we had was at best a preview unit, but it had the core features. Nonetheless, it's sufficient for us to go through its design, display, and camera. Here's our brief video as we handled the new device:- 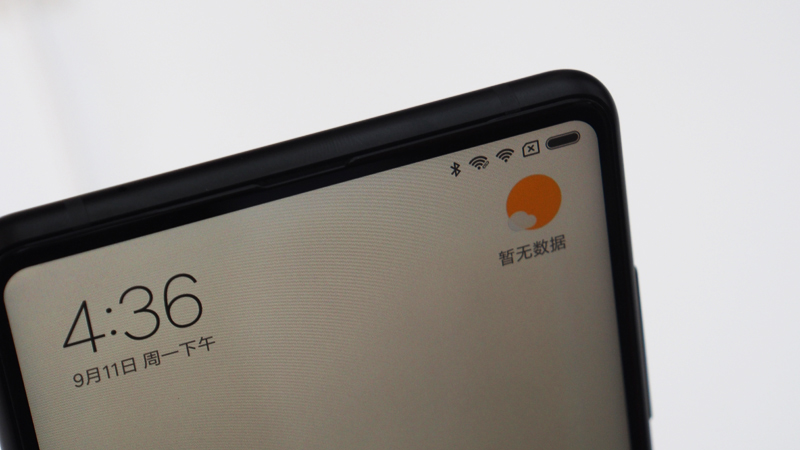 The Mi MIX 2's design is re-hash of their 'conceptual' predecessor from 2016. What changed was its improved call quality and privacy, since they redirected the vibrations to the top speaker slit. This practicality brought forth a minor design problem - the previous Mi MIX had evenly spaced bezels along its forehead and sides, but the Mi MIX 2 now has a forehead thicker than its flanking bezels. It's not noticeable when you're trying it out casually, and if you want the phone to take calls well, it's a sacrifice Xiaomi had to make. 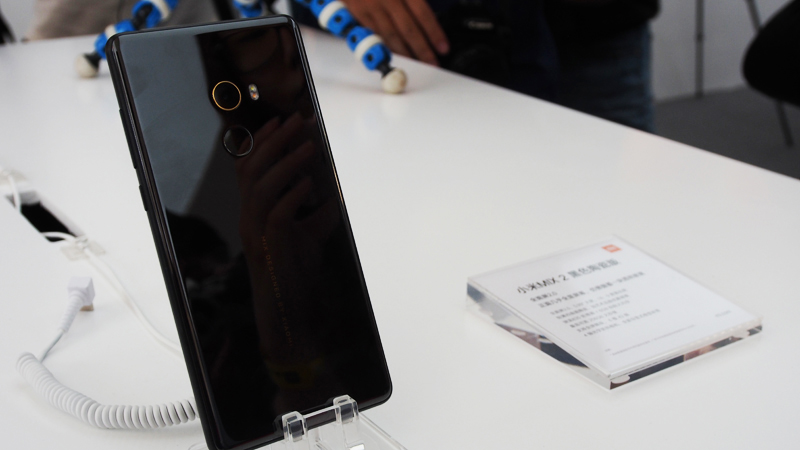 While the design was previously innovative and inspirational, its rivals (like the new Samsung Galaxy S8 series and LG G6) have caught up with Xiaomi's bezel-less shtick. In fact, Samsung used their curved panels to give their flagship devices a real bezel-less appearance on the sides - the Samsung bezels are there, but they are tucked away due to the curvature and aren't visible from the front. The Mi MIX 2, on the other hand, has its razor-thin side bezels neatly framing the contents on the phone. Bezels, like other design elements, fall under personal preferences, so it's not for us to say who's better, although the Samsung version does look more impressive than the Mi MIX 2's at this point. 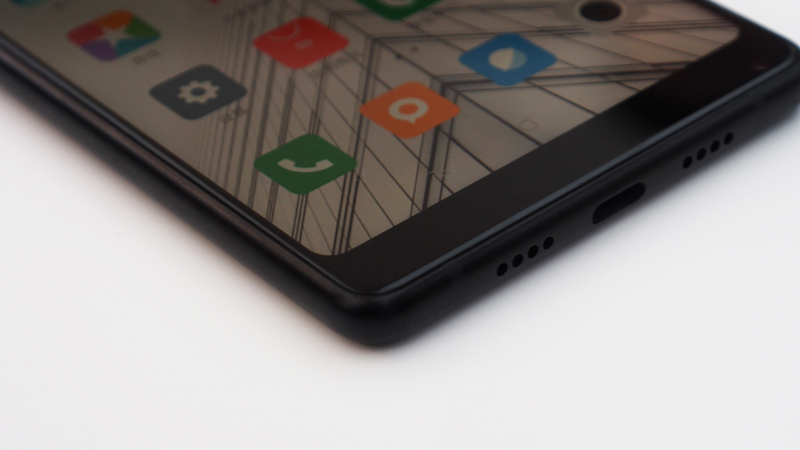 The phone's 'chin' had some major redesigns that help the Mi MIX 2 cut the bottom bezel height by 12%. They used an even smaller front-facing camera module (which shoots at 5-megapixels resolution), re-arranged the antenna lines to resemble the Mi 6's layout, and slightly altered their manufacturing process. These steps help to make the phone smaller, thinner, and lighter than its previous iteration. The 'chin' reduction procedure coupled with the 'forehead' extension program gave the Mi MIX 2 better overall visual balance, but it's not perfect. 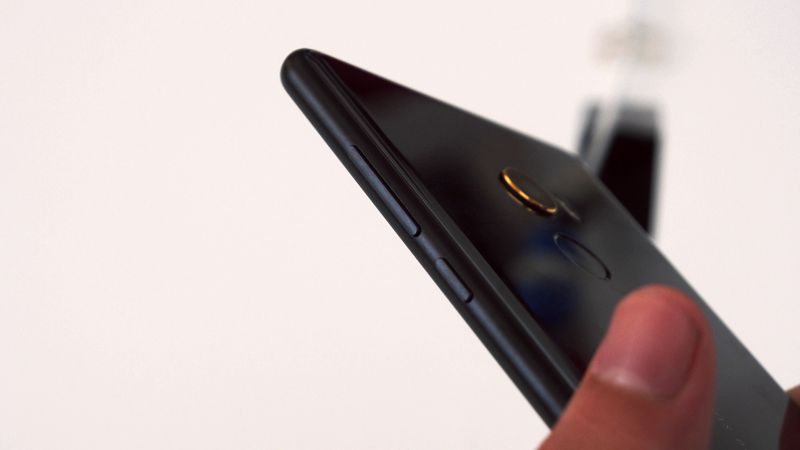 The body uses an aluminum alloy for its frame, and it features round corners (with the display panel conforming to the shape as well). The rounded corner trick was lifted from the first Mi MIX's design blueprint, and it proved to be a good choice since its rivals also followed suit.

To its right lies the volume rocker and power/lock button; they feel sturdy to the touch, so it's clear that the Mi MIX 2 isn't as fragile as it seems (you still shouldn't toss it against a wall or carelessly drop it on the floor). The bottom has a USB Type-C port in the middle, flanked by two rows of audio grilles.

The box we had came with the SIM card pin for its dual nano SIM slots, a complimentary phone cover, and (gasp) a USB Type-C to 3.5mm adapter. Yes, the phone doesn't have a standard headphones jack, but that's not all. The phone also lacks a microSD card slot, so folks who are hotly anticipating the Mi MIX 2 with a card full of apps and videos are out of luck. 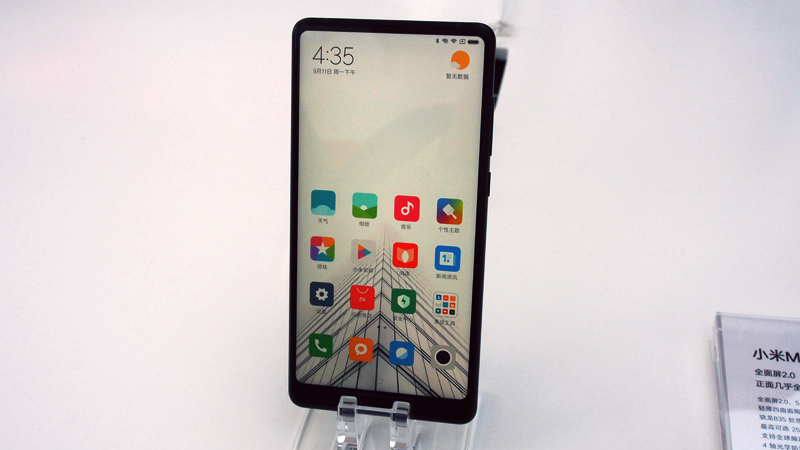 Let's take a moment to go through its 5.99-inch display in detail. You're looking at a Full HD+ (2,160 x 1,080 pixels) resolution display. We felt that this is one of the rare instances where a QHD (1440p) resolution would've worked out better for the Mi MIX 2, but it's not a significant issue when you're engrossed in the contents on the phone.

Thanks to the on-screen Android navigation keys, the Mi MIX 2 offers a deceptively beautiful full-screen experience despite the content playing nicely at 16:9 aspect ratio. Default apps and some third-party ones look great on the Mi MIX 2 too. The on-screen navigation keys are responsive, and it stays visible at all times (save for instances where you are consuming full-screen content). Unfortunately, we were unable to test YouTube videos on the Mi MIX 2, since we're behind the Great Firewall of China at the time of reporting. 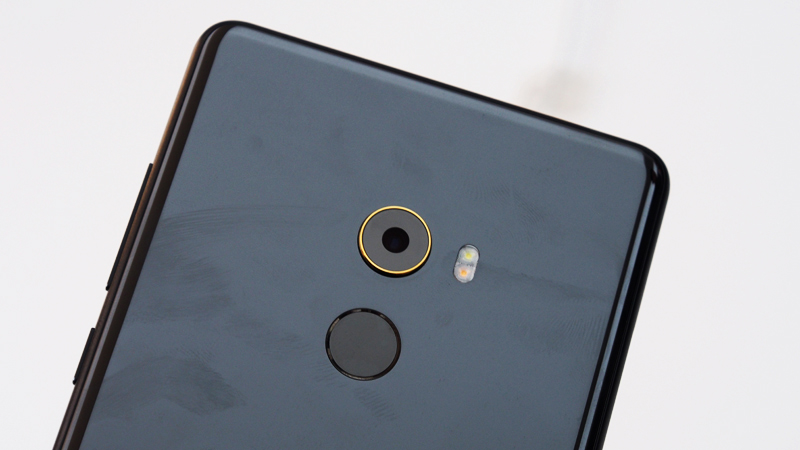 The 12-megapixel Sony IMX386 rear camera lets you take photos with 18:9 aspect ratio (as well as regular 4:3 and 16:9). Features-wise, it's nowhere as awesome as the Mi Note 3's AI-based selfies, nor is it as sexy as Mi 6's Portrait Mode - that's because it only has a core set of gimmicks, even if the configuration menu is sufficient. You'll have to resort to third-party editing apps to get all the cool stuff, which isn't a problem for most enthusiasts. The front camera does offer beautification, and it does a pretty decent job at removing blemishes and bumps.

Will the Mi MIX 2 mix things up? 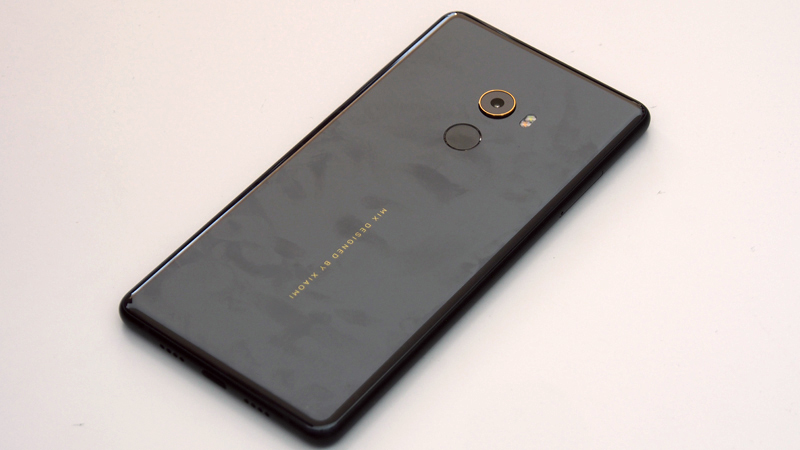 Maybe. The hits and misses are all over the place, with some pointers requiring a full review for better assessment. Buying a Mi MIX 2 boils down to your wallet since there are other bezel-less alternatives in the Singapore market (though at a much higher price tag). Xiaomi also didn't say if the Mi MIX 2 is water-resistant, and having no microSD card slot can ruin the phone for some users - doubly so if Xiaomi decides to give us the smallest 64GB storage variant. You could pay a couple hundred more for alternatives that address these concerns.

That said, a bezel-less display at just CNY3,299 (~S$681.23) is too affordable to ignore. The Mi MIX 2's design is appealing, and Xiaomi paid plenty of attention to maximizing the display's utility. We'd have a better assessment when we try the phone within the confines of our sunny shores, but until then, the Mi MIX 2 is what it is - innovative design at an accessible price.