The Age of Hybrid Convertibles

Two key advances in technology has made it possible for manufacturers like ASUS to come up with smaller, slimmer and more affordable 2-in-1 hybrid convertible devices. The first is of course low-power and affordable processors like Intel’s new “Cherry Trail” Atom processors. The second is the increasing affordability of fast flash storage, which dramatically speeds up the performance of systems even if they are equipped with these low-power entry-level processors. Thanks to these key advances, 2-in-1 hybrid devices have never been better designed and also popular.

The Transformer Book Flip is one of the most basic 2-in-1 hybrid convertible notebooks from ASUS. Compared to the same model from last year - the Transformer Book Flip TP300 - this new model, with the designation “TP200”, is markedly lighter and slimmer. It has a metal chassis that measures just 18mm thick and weighs just 1.27kg.

The Transformer Book Flip is slightly smaller, sporting a 11.6-inch IPS touchscreen display that outputs just 1366 x 768 pixels. The display has a 360-degree hinge that allows it to be rotated and folded completely flat against the keyboard, thereby transforming into a tablet. 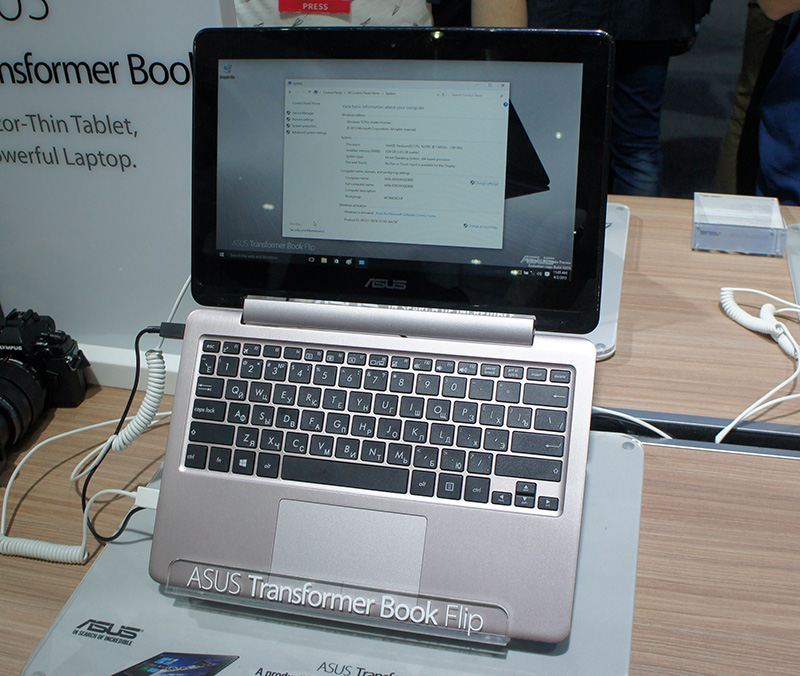 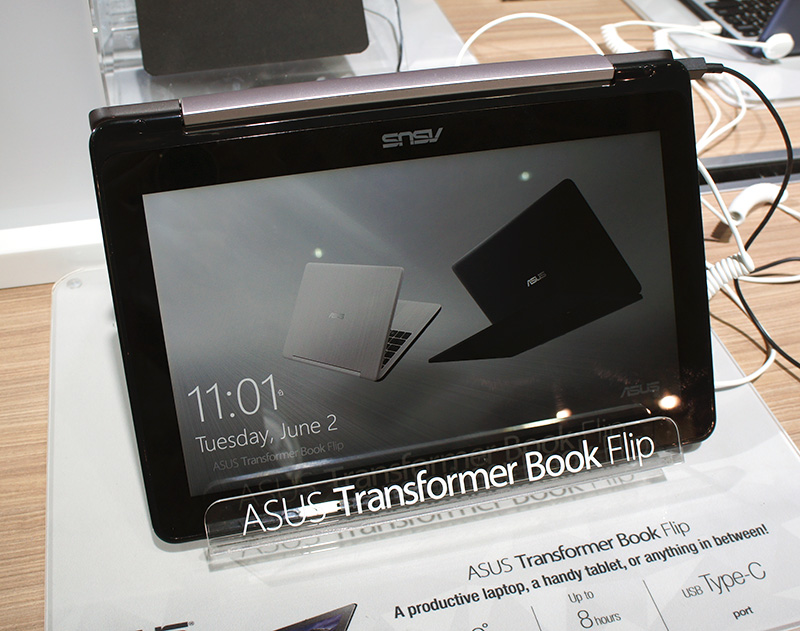 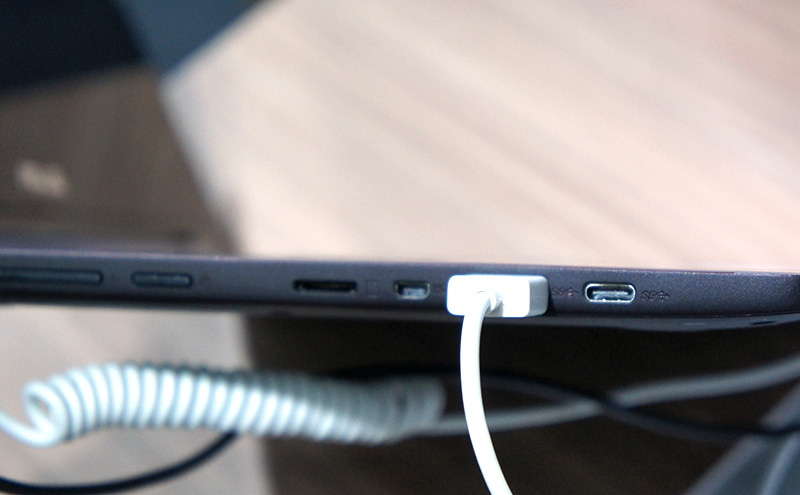 Underneath, the model we saw was powered by Intel’s new low-power quad-core Pentium N3700 processor (1.6GHz, 2MB L3 cache). This processor is based on Intel’s new “Braswell” architecture and is effectively a die-shrink of the “Bay Trail” Pentium models. It has a TDP of just 6W. Its low power consumption means that battery life is rated at an impressive 8 hours. The unit we saw also had 4GB of RAM and a 128GB SSD. The unit was an earlier prototype and it was running a preview version of Windows 10 that was extremely unstable, so we cannot offer any constructive comments on performance.

The Transformer Book Flip will support 802.11ac and it will also come with USB Type-C ports with support for the latest USB 3.1 standard. ASUS claims that it is the first 11.6-inch hybrid notebook to do so.

ASUS said the Transformer Book Flip will be available later this year around September and will come preloaded with Windows 10.

Under the proverbial hood, the Transformer Book T100HA is powered by Intel’s new “Cherry Trail” Atom processor. The model we saw was powered by the quad-core Atom x5-Z8500 processor (1.44GHz, 2MB L3 cache), which has a SDP of just 2W. Also, it had 4GB of RAM and a 128GB eMMC drive for storage. The Transformer Book T100HA was an early prototype and it was also running an unstable version of Windows 10, so unfortunately, we cannot draw any meaningful conclusions about performance at this point. 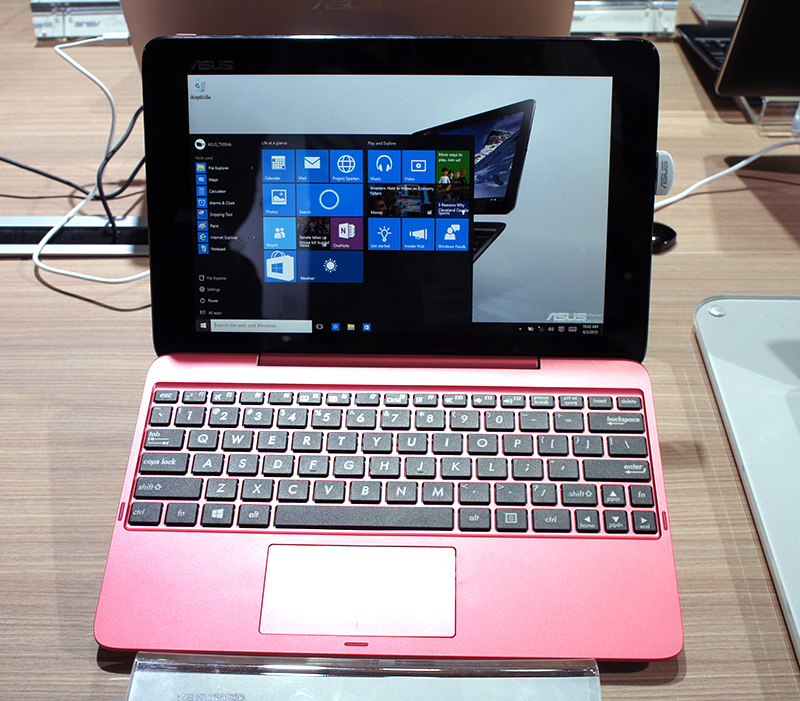 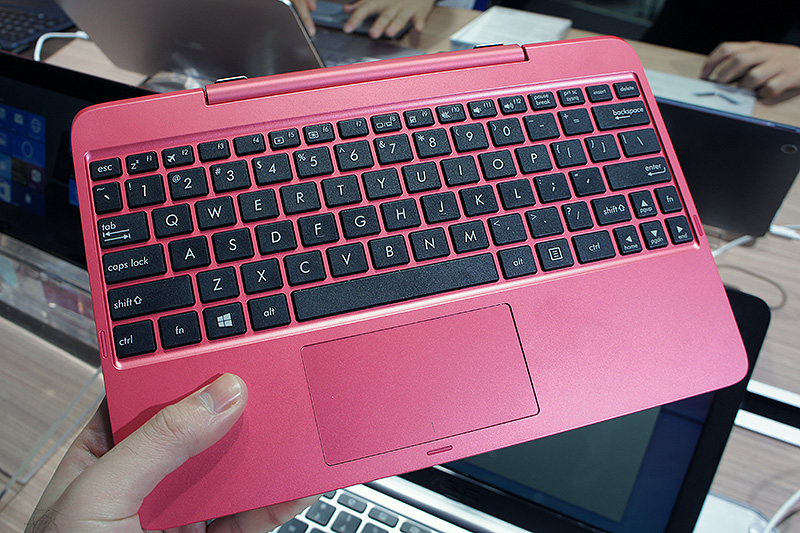 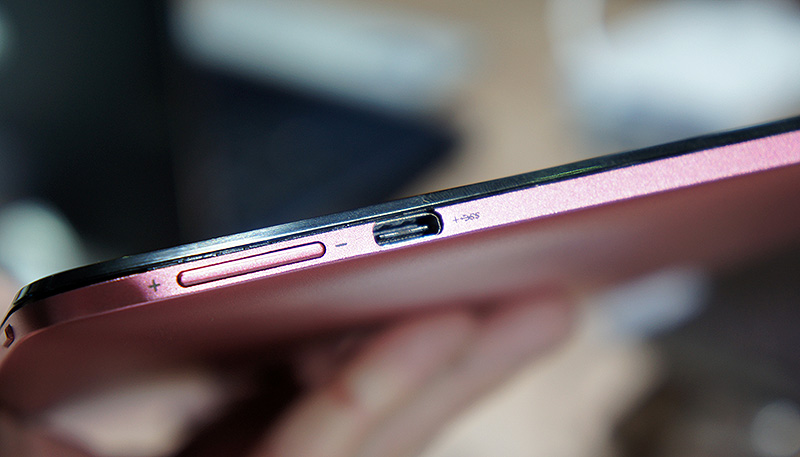 ASUS said the Transformer Book T100HA will be available later this year around September and will come preloaded with Windows 10.