Hands-on with the TrackR Pixel, a Bluetooth tracker to prevent you from losing stuff

Hands-on with the TrackR Pixel, a Bluetooth tracker to prevent you from losing stuff 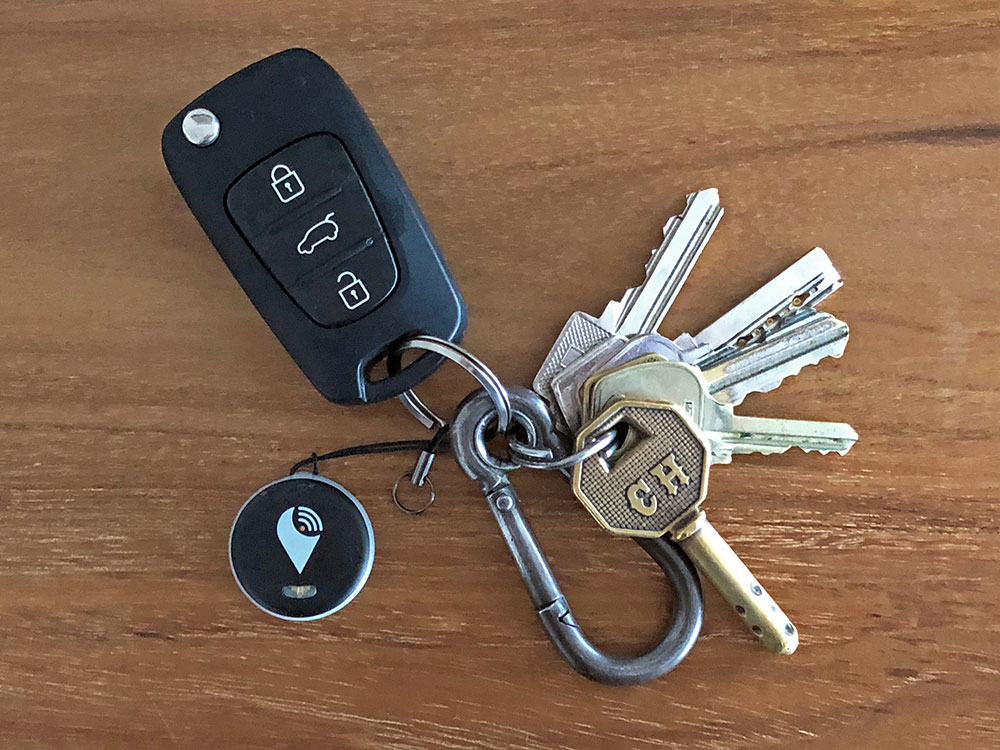 The TrackR Pixel is a Bluetooth tracking device that wants to solve for people losing things. It’s a small, circular device that you connect to a smartphone via Bluetooth. You can attach it to something you want to track, like your keys, then name and sync the Pixel. Once synced, you can track the Pixel’s location using the TrackR app.

The Pixel is actually a smaller (but slightly thicker, at 5.6mm) version of the TrackR Bravo; the Pixel is more affordable and comes in a plastic case, while the Bravo is encased in metal.

I attached a Pixel to my keys and a bag, and went through the ways the Pixel helps you from losing your things. For one, the Trackr app will show you a distance indicator, of whether you’re getting closer to your items or further away. 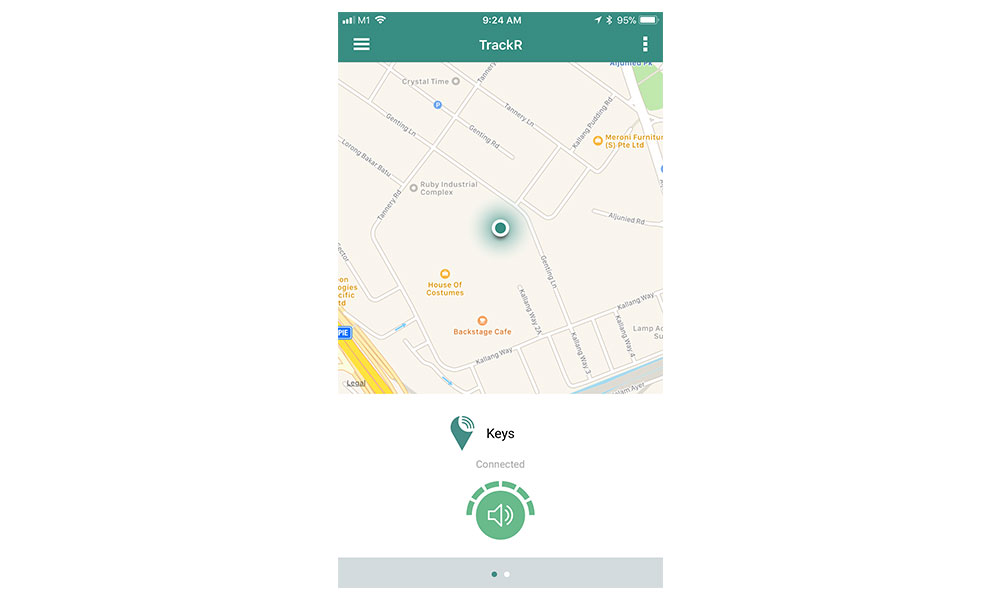 An easier way is to simply tap the Pixel’s ringer to make it start ringing. The app will also show you a map of where your Pixel was last seen, but because it relies on Apple or Google Maps (depending on which you use), don’t expect it to show you an inner map of your living room!

Finding your devices can also go both ways; if you lose your smartphone instead of your Pixel, you can press a button on your TrackR device to ring the phone.

This all relies on Bluetooth, however, so you have to be within range of the Pixel for it to work.

But if you really lose your item and it’s far away from your phone’s Bluetooth, TrackR can use crowd-sourcing to help you find it. If you tag an item as lost, other TrackR devices will ping your smartphone if they come within range of your lost Pixel. This feature really depends on how many TrackR users there are in the area, so I didn’t expect it to work that well. Imagine my surprise when I got pinged about the Pixel I’d left in my hotel room in Seoul. 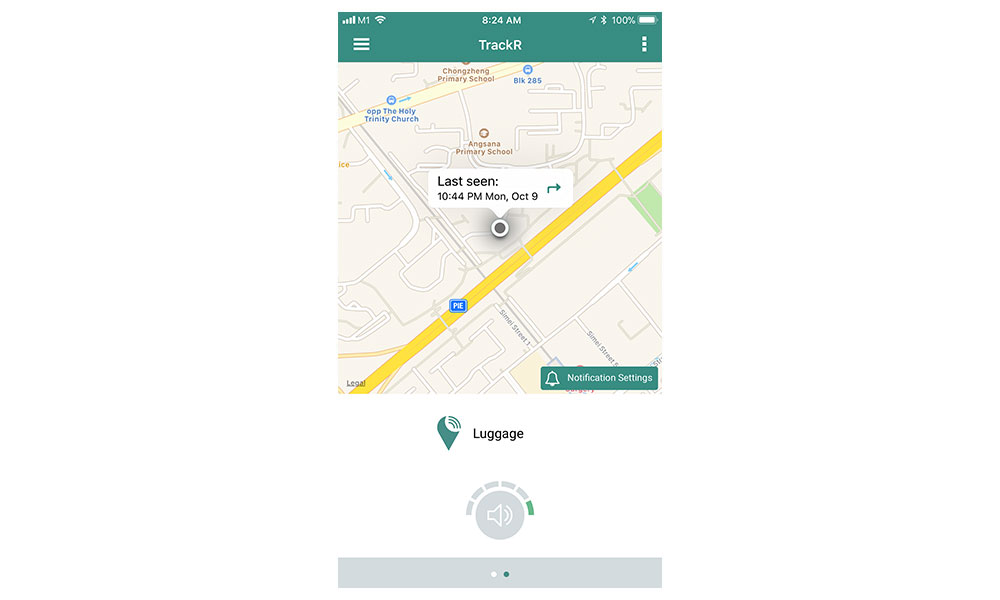 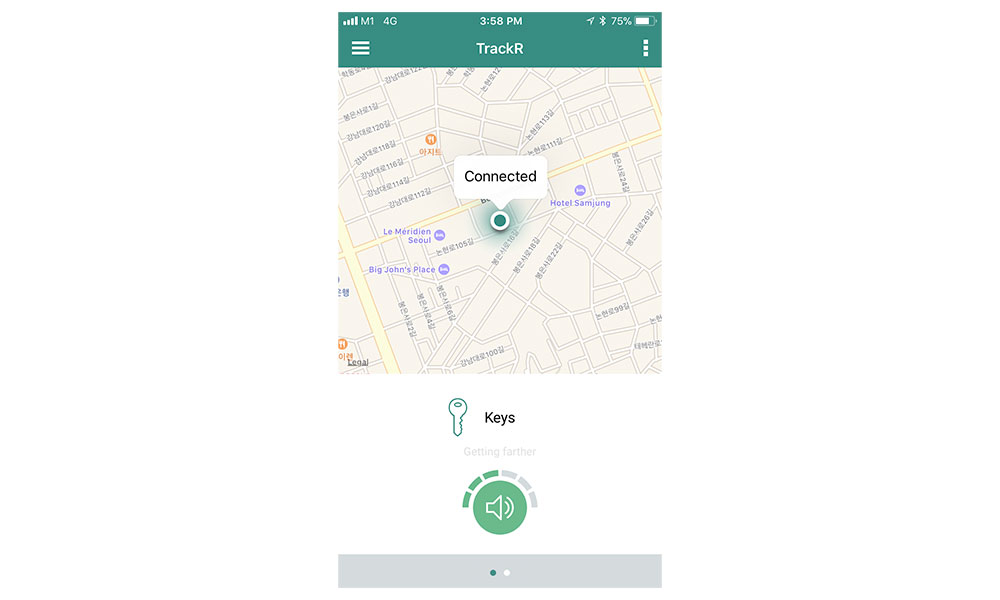 My experience with the Pixel was mostly smooth, but there were bugs. After I was done testing the Pixel on my luggage, I turned off notifications, but they still kept coming in on my iPhone. I had to unpair the Pixel to finally shut them down. And after I came back from South Korea, one of my Pixels still thought I was in Seoul. Lastly, even though the battery is user replaceable, I couldn’t pry off the back of the small, smooth Pixel, no matter how hard I tried (TrackR has a technique for it, but it didn’t work for me). 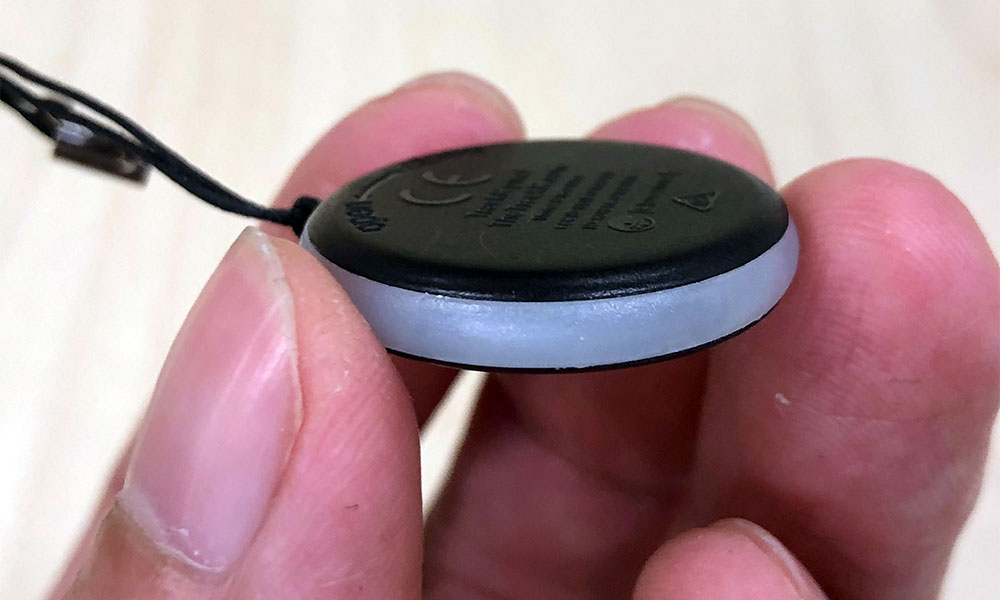 The TrackR Pixel has a few advantages for people who want to keep track of things, and it’s small enough that you can place it almost everywhere. The last few weeks it’s been hanging off my keychain and I’ve hardly noticed. At the same time though, the app experience is still a little buggy.