Hands-on with the stylish Dali Katch 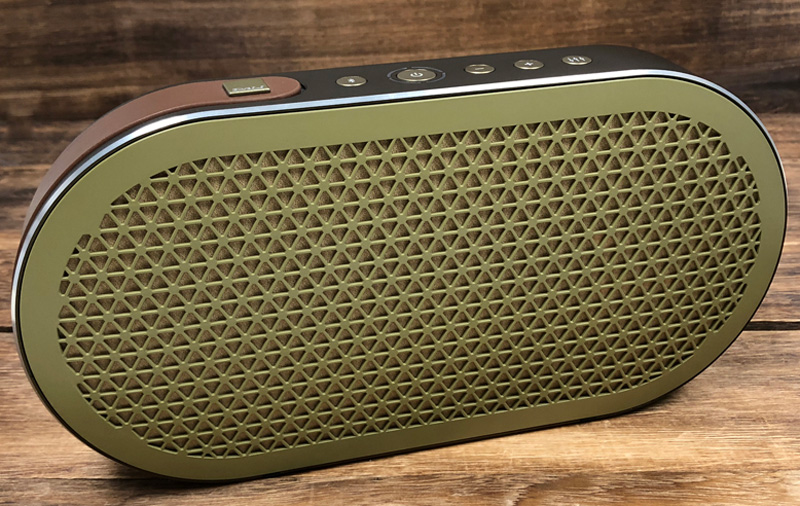 Scandinavian audio company Dali (Danish Audiophile Loudspeaker Industries) is perhaps best known for its incredible floor-standing speakers that easily fill any room with sound, but lately they’ve also moved into the portable speaker space with products such as the Dali Katch, Dali Kubik Free, and Dali Kubik One, with the Dali Katch available locally since last year. The Dali Katch is a stylish looking portable wireless speaker that features Bluetooth 4.0 connectivity with the advantage of Apt-X support. NFC support is also available for easier pairing , and there’s of course a row of basic control buttons on the top of the speaker that lets you control volume and switch between audio profiles. Dali offers a “Clear” and a “Warm” profile by default, with the Warm profile offering more bass – supposedly for larger rooms. There’s a leather carry strap that extends out from the speaker for easier handling, a pretty nice touch that matches the overall aesthetic. The speaker also comes with a USB port that allows you to use its 2,600mAh internal battery to charge other devices. What’s interesting is that you can also use it to connect the speaker to a Chromecast Audio dongle, thus easily adding it into your home network. The battery is good for a full 24 hours of playback and takes just two hours to reach a full charge, and there’s a handy power-level indicator to show you just how much juice remains.

Given the small size of our testing room, we decided to give the Katch a run with the default Clear profile, and started off our testing with a recording of Keith Don’t Go by Neils Lofgren. A guitar heavy piece, this track has plenty of action in the mids, lower mids and the highs and we thought the Katch did well with the lower mids and mids, but could have done with more details in the highs.

Switching over to a recording of Daft Punk’s Technologic, we thought the speaker handled the fast moving track well. However, stereo imaging was an issue as the speaker projected a somewhat small sound space. That amplified the fact that there was only a single sound source present.

Moving on to the track Let’s face the Music and Dance by Lady Gaga and Frank Sinatra gave the speaker a chance to show off how it handles vocals and jazzy pieces. Overall, we’ll say it works well with this genre, delivering Sinatra’s gravelly vocals convincingly.

Finally, we ended off with the Guns N' Roses' November Rain. With this epic piece, the speaker did well with the rumbling drums in the piece, but didn't manage to produce much separation between Axel Rose's vocals and the band. As a result, the solo wasn't as immersive as it should have been.

To conclude, the speaker produces pretty good audio if you want big sound on the go. We'd probably look at using a pair of them for better stereo imaging, though that would also mean driving up the total cost of ownership. The Dali Katch is available now for S$689 from Popular Bookstores, Tangs, Takashimaya, Isetan and Analogue+ stores in a choice of Green Moss, Dark Shadow, and Cloud Gray.