Audio to pamper your ears

Sony had a mega launch event yesterday, bringing several units of their recently announced audio products at IFA 2014 to showcase to the local media, of which perhaps the most exciting headphone products were the Sony MDR-Z7, the MDR-1ADAC and the MDR-XB950BT. 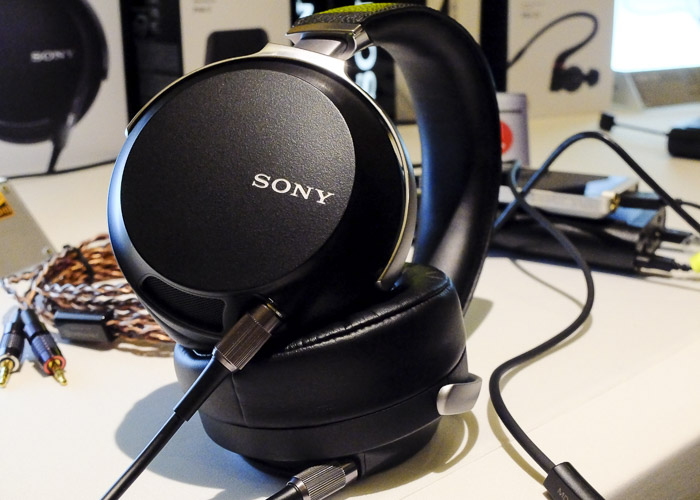 The MDR-Z7 features newly developed 70mm dynamic drivers that are simply huge - the world’s largest in a headphone, in fact. We were shown a model of the driver compared to a plastic model of an average human ear, and well the sizes are easily comparable.

What this means though, is that sound from the MDR-Z7 reaches your ears more widely, close to what you might get from a set of home audio speakers, thus giving you a greater impression of spaciousness.

The diaphragm is constructed of aluminum coated Liquid Crystal Polymer (LCP), which has the unique characteristics of being able to both quick and damped. Meaning the material has velocity which allows it to produce a wide range of tones, yet loses energy quickly, so that there is little coloration of the sound due to resonance.

We had a short listen to some tracks on the MDR-Z7, and our early impressions are that these cans reproduce audio with great clarity, and strong controlled bass that isn’t boomy. Vocals are rich, and on the track Say Something by A Great Big World and Christina Aguilera, we thought Christina’s voice resonated hauntingly throughout, and there was good separation maintained between the vocals of both singers and the instruments in the background.

While pricing was not announced, the MDR-Z7 is expected to be available in November, so we hope to bring more details in the weeks to come.

For more information on the MDR-Z7, you can check out our earlier news coverage here. 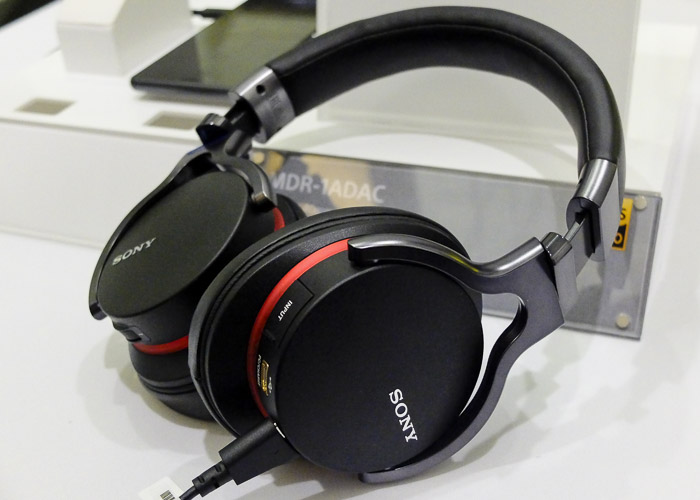 The MDR-1ADAC is unique in that it’s a pair of headphones that has a built-in DAC (complete with internal battery) that taps on a S-Master HX digital amplifier to reduce distortion and noise across all frequency range.

The headphones themselves are fairly light, and will continue to work with the DAC disengaged, though we found that in this mode the sound became slightly thinny. We do like the ergonomic 3D cushions on these headphones though, as they were extremely comfortable.

Like the MDR-Z7, the MDR-1ADAC features aluminum coated LCP HD dynamic drivers, though these drivers are 'only' 40mm in diameter. With a frequency response from 3-100,000 Hz, it certainly seems like these headphones are capable of wideband audio, and from the few tracks we heard, bass is definitely not an issue.

Pricing is also not available yet, but the MDR-1ADAC is also set to be launched in November 2014. 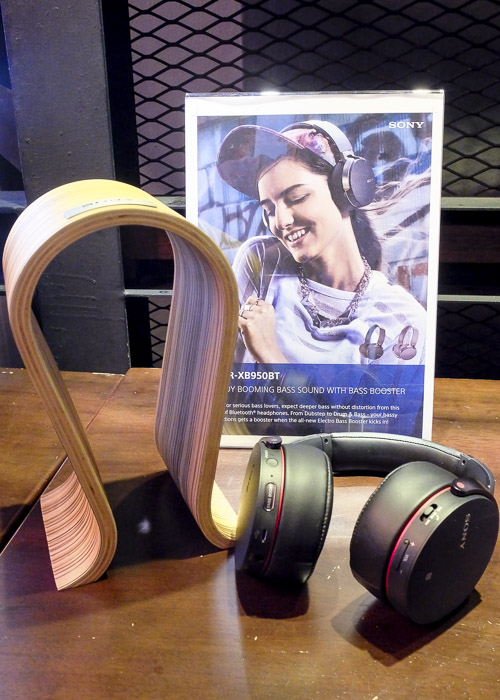 Finally, the MDR-XB950BT headphones are a set of Bluetooth headphones that are engineered specifically for bass. Lots of it. The MDR-XB950BT represents the first Bluetooth model in Sony’s Extra Bass range, and as you can surmise, is very much targeted towards bassheads with it’s ability to reproduce bopping bass that is sure to get you moving.

Overall, we’d say that this is a fun set of cans with a slightly warm signature as evidenced on its reproduction of All About that Bass by Meghan Trainor. The bass line on that track really leads the track, giving it that funky vibe that Meghan Trainor plays off.

The MDR-XB950BT will be launched on the 17th of October, but pricing has yet to be announced.