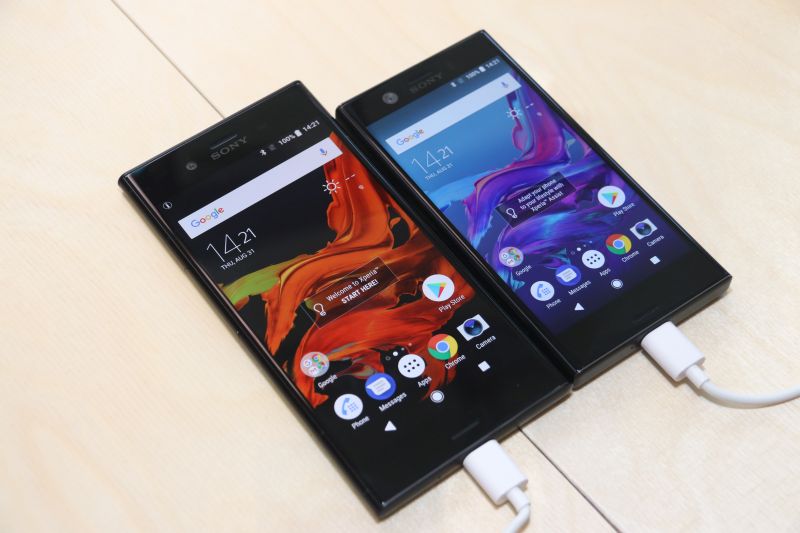 The new Sony Xperia XZ1 flagship smartphones were so popular at IFA 2017 that we decided to wait for the crowd to thin out before getting a closer look at both phones. Without further ado...

The new flagship phones keep in line with their general signature appearance - it's not exciting since the look is largely unchanged since the Xperia Z era, but you can certainly expect familiarity with these new devices. 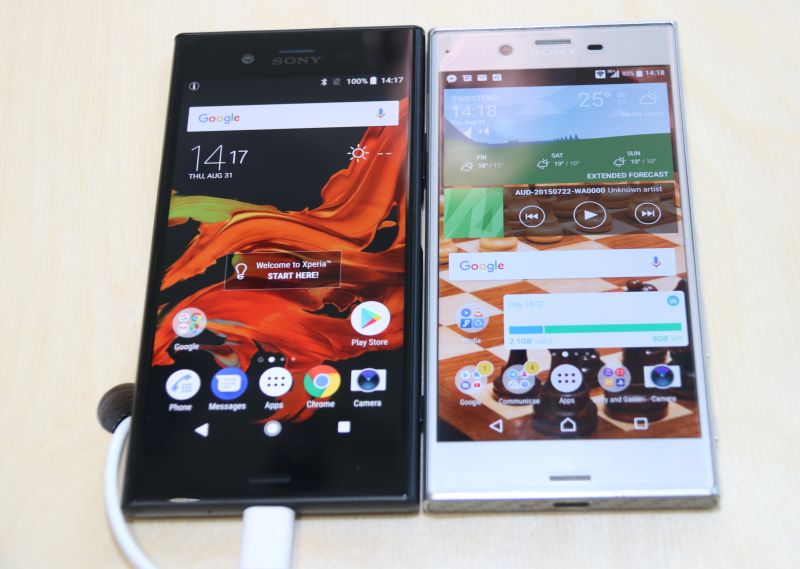 If anything, the XZ1 sports a slightly longer body and slimmer all-aluminum form factor from the original XZ and XZs. The XZ1 Compact’s body seems to have reverted to that polycarbonate and matte texture that was first introduced on Sony’s Xperia Z5 Compact, a phone that was announced more than two years ago. 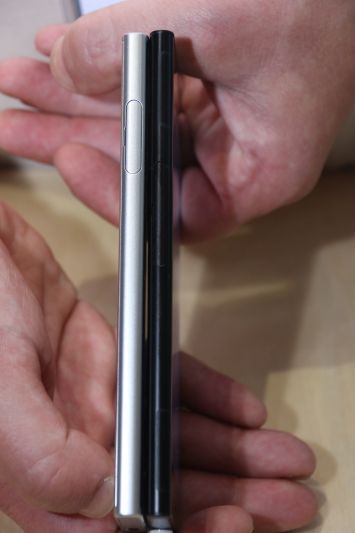 Both the design and looks of the XZ1 Compact hits a little closer to home with the Xperia X Compact, which released last year.

If you were to put the XZ1 right next to the original XZ, the inherent differences in its design could be easily seen. Not only is the XZ1’s body slightly elongated, but it also got a slimmer body (7.4mm) than the first XZ (8.1mm). To make the XZ1, Sony had its engineers designed and machine-cut the phone’s body out a single block of aluminum.

Sony marked out the locations of the phone’s four antennas, which are found on the phone’s top, the left side (Two antennas), and the right side (one antenna), just above the phone’s volume rocker. The sides of the XZ1 has been rounded out, which allows the phone to dig into our hands, thus giving us a better grip.

Unfortunately, all these little improvements and the XZ1’s slim form factor meant that Sony needed to sacrifice the phone’s battery. 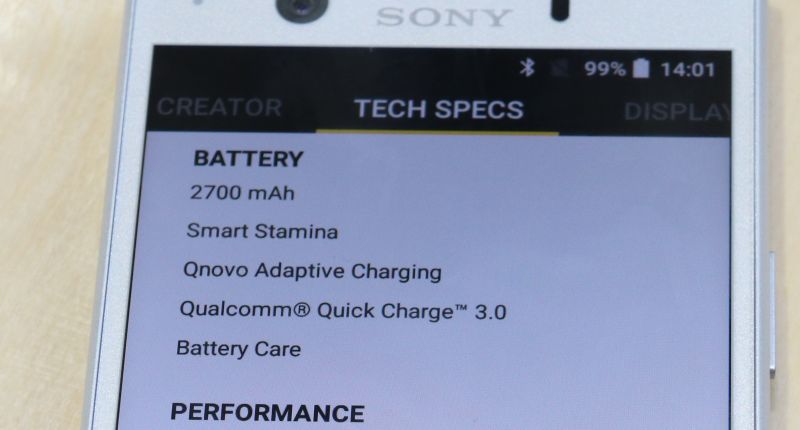 Just like the XZ1 Compact, the XZ1 houses a 2,700mAh battery, which is smaller than the battery installed into the Xperia XZ (the phone launched with a 2,900mAh). It's not ideal, but Sony must have a reason for putting a smaller battery inside a flagship phone. The answer lies in the processor powering the new XZ1 and XZ1 Compact. Both the phones use the new Snapdragon 835 SoC, a processor that both Qualcomm and Sony has said to be far more efficient than the now aging Snapdragon 820 SoC. This power efficiency supposedly allows the XZ1 and XZ1 Compact to draw on less energy to power themselves during regular use. While this may sound impressive, we won’t be able to reaffirm these claims until we get to our full review.

On a forward-looking note, we thought it a nice touch that both phones would launch with Google’s Android 8.0 Oreo pre-installed on them. 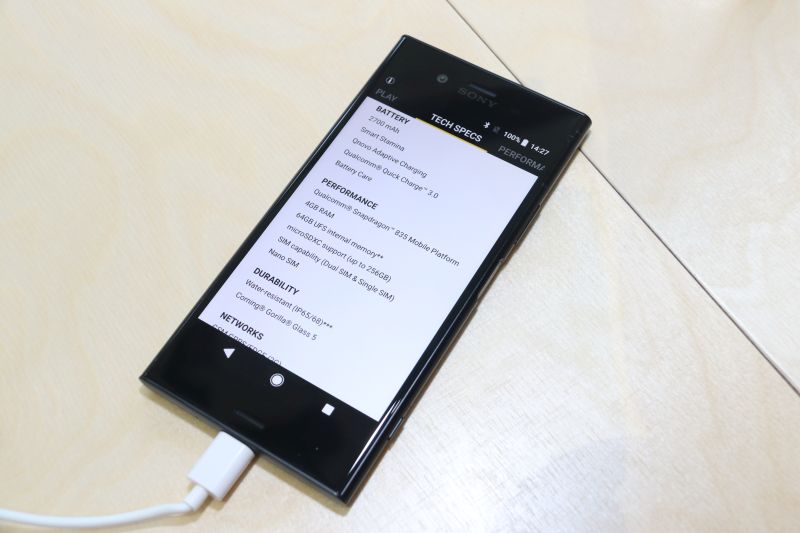 Just like its predecessor, the Xperia XZ1 sports a 5.2-inch Full HD (1,920 x 1,080) TRILUMINOS display, but with a bonus. Its Full HD display comes with Sony's new HDR Ultra technology, which affords more vibrant colors and details in all images and media content, and deeper blacks. 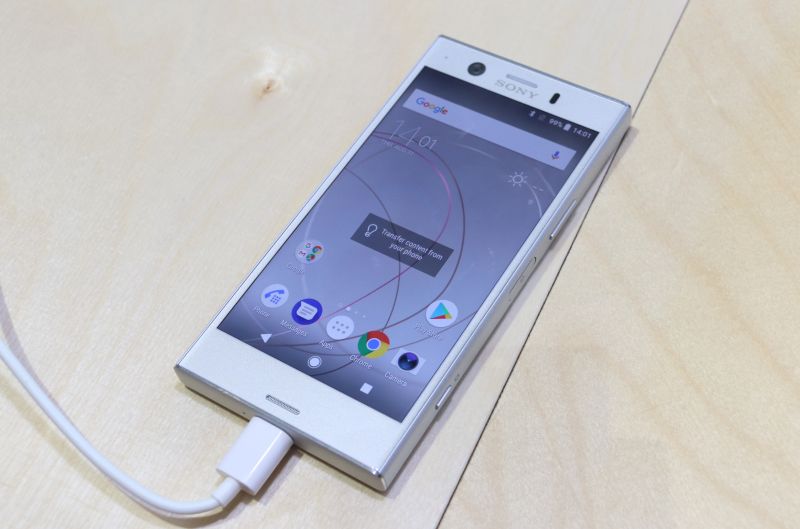 The XZ1 Compact still retains the same 4.6-inch HD (1,280 x 720) display, just like the X Compact. We’re glad to say that its screen looked less washed out, with its overall color reproduction looking (and feeling) more natural than its predecessor. 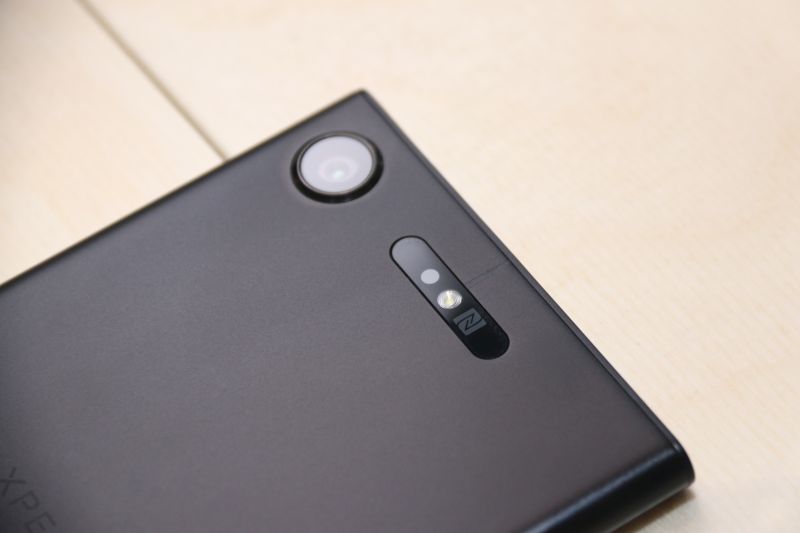 Because both phones are using the same 19-megapixels Motion Eye sensor for its main camera, we won’t be doing an in-depth coverage here. Instead, you can check out our Motion Eye video, our XZ Premium review, and our HWZ special that showcased the phone to our readers. 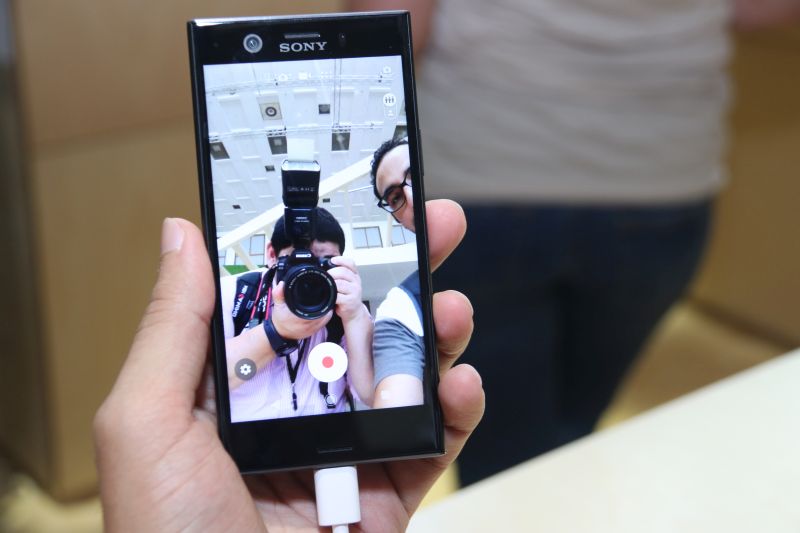 The Xperia XZ1 will be made available in Europe at the beginning of next week, while the XZ1 Compact would only be available later in September this year. Sony has yet to announce when they will be bringing in the phones, but we can’t wait to get them for our in-depth review.