Sony Japan introduced the Xperia Tablet Z in late January after CES 2013. Back then, it was only available in Japan. Yesterday at its MWC 2013 press conference, Sony officially announced that the Xperia Tablet Z will hit global markets from spring 2013.

We managed to get our hands-on with the tablet at MWC 2013 and here are our initial impressions. Before you read on, here's a quick overview of its specs: -

Kazo Hirai, President and CEO of Sony Corporation asserts that the company is committed to building a premium brand with "a consistent user experience across every device", and cited the Xperia branding as an example of what he called "One Sony".

True to his words, the Xperia Tablet Z inherits the same design as its smartphone counterpart, the Xperia Z; in other ways, it looks like a bigger variant of the 5-inch flagship phone. It utilizes the OmniBalance design, where you see a frame made from glass fibre polyamid. Fortunately, Sony did not equip the back of the tablet with a glass panel which has proven to be very susceptible to fingerprints and smudges. 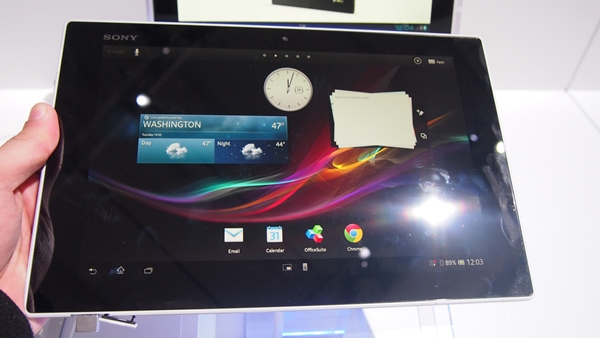 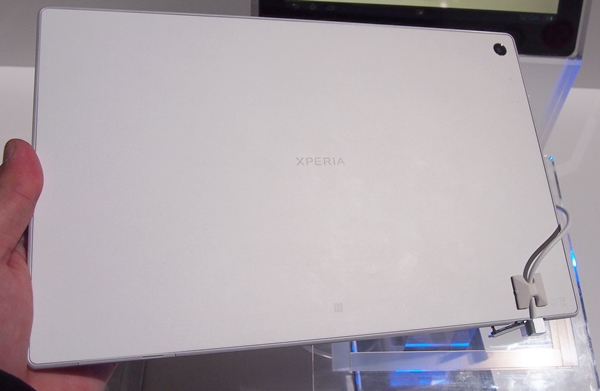 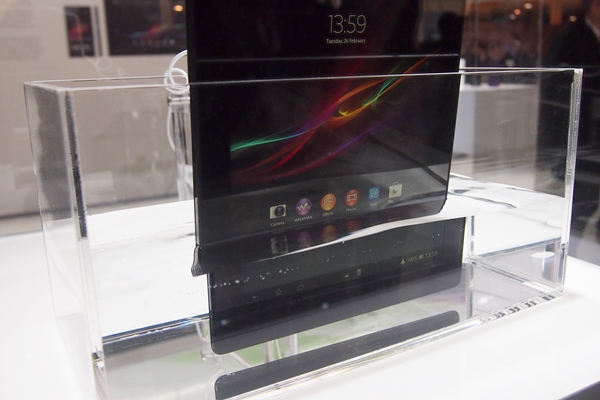 Overall, we had no qualms about the design, build quality and handling of the Xperia Tablet S. The ultra-slim chassis and lightweight form factor make the tablet feel very easy to tote around, and even hold it in one hand.

If there is a trend emerging from MWC 2013, we think it revolves around Android vendors pushing the boundaries when it comes to designing their devices. ASUS and HTC have proven their expertise in crafting great hardware, and Sony looks set to join them in the ranks.

The 10.1-inch display of the Xperia Tablet Z sees a bump in resolution, from 1280 x 800 pixels to 1920 x 1200 pixels. It also incorporates Sony Mobile BRAVIA Engine 2 and OptiContrast for a better viewing experience. During our hands-on with the device, we found the viewing experience to be similar to the high-end tablets we've reviewed thus far. We reserve our verdict until the final retail unit arrives in our testing labs.

The Xperia Tablet Z is powered by Android 4.1.2 Jelly Bean and will be upgradeable to Android 4.2 shortly after its launch in Q2. We found its user interface (UI) to be largely similar to the one in the Xperia Z, which means an almost stock Android UI that is responsive. 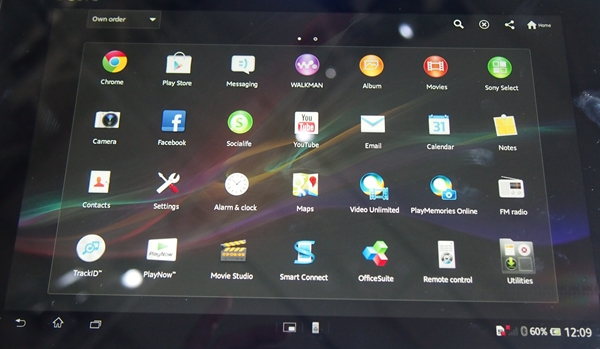 Running under the hood are the Qualcomm Snapdragon S4 Pro quad-core 1.5GHz processor and 2GB RAM. Other specs include an 8.1-megapixel rear camera with Exmor R, a microSD card slot, 4G LTE connectivity, NFC (branded as One-touch) and DLNA. 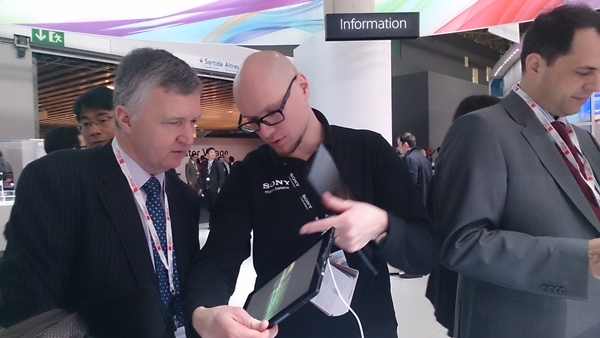 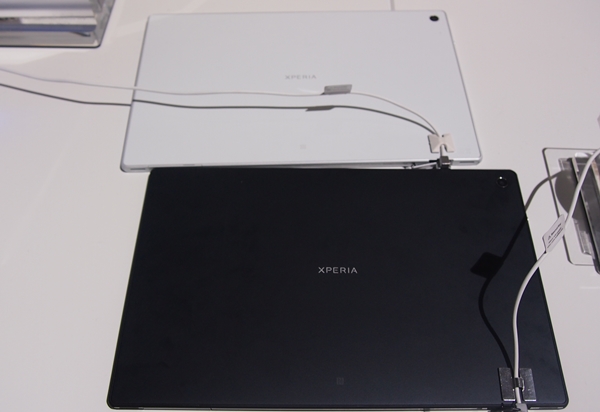