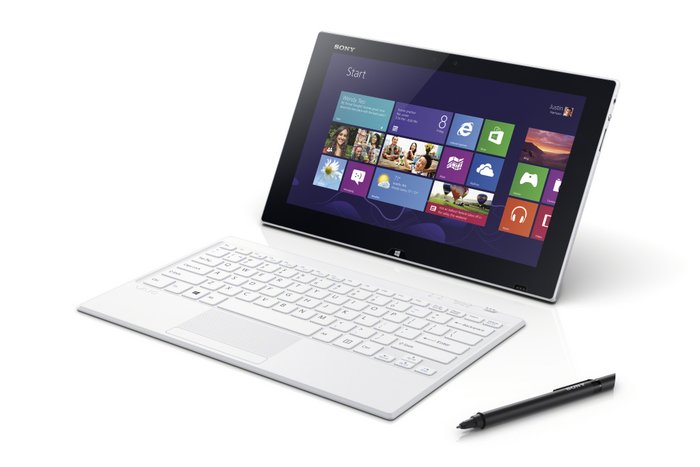 At first glance, the Tap 11 looks like a tablet (in fact, very much like their Xperia Tablet Z), but underneath the hood, you’ll find a consumer-ultra-low-voltage processor which makes it a full fledged Ultrabook. As such, it will be able to perform like any other conventional notebook, running the full Windows 8 OS, but have the portable form factor of a tablet. In fact, it's so slim that the 9.9mm thin Vaio Tap is the world's thinnest Windows Tablet at the point of publishing.

And like both the Sony Vaio Duo 13 and Sony Vaio Pro 13 notebooks, the Tap 11 tablet sports a full HD, Triluminos (renders a wider color gamut) multi-touch display, but has a wireless magnetic, full-sized keyboard which acts as a cover (and yet, it's bundled with the tablet). It also has a digitizer pen that’s identical (N-trig technology) to the one that comes with the Vaio Duo 13.

In terms of market positioning, this device -- according to Sony representatives -- sits right below their current flagship Sony Vaio Duo 13 Ultrabook, and could be on par (unconfirmed) with the Sony Vaio Pro 13. It was also said that their customers have been asking for a product that was as portable as the Pro 13, and as versatile as the Duo 13. This led to the development of the Vaio Tap 11 tablet that debuts today at the IFA 2013 show in Berlin. 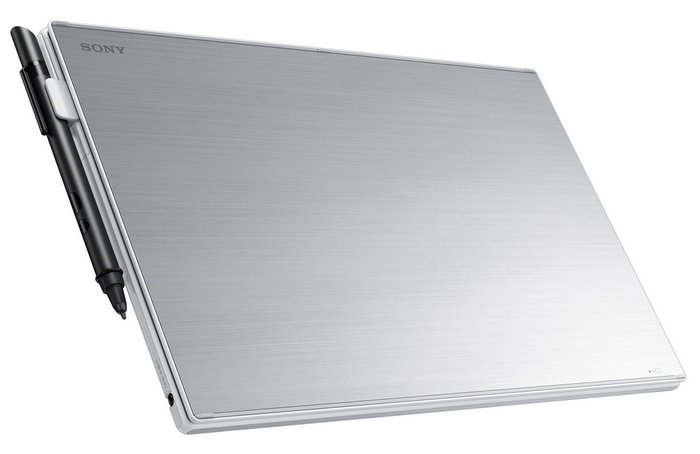 And while it has functions similar to the Duo 13, the Tap 11 lacks certain functions like Pen Wake and of course the convenience of the Surf-Slider form factor.

In terms of overall design and aesthetics, the Tap 11 definitely inherited the good looks first seen on the Sony Xperia Z, and later on the Sony Xperia Tablet Z and the upcoming Sony Xperia Z1. As you might recall, Sony calls this the "omni-balance design" and the company strives to incorporate it for their mobility line of products.

However, unlike the above mentioned smartphones and tablets, the Tap 11 unfortunately isn't waterproof. This is due to the fourth generation Intel Core processor within that requires heat vents. Tempered glass for the back of the device is out of the question and the Tap 11 makes do with a plastic rear. Fortunately, it felt adequately sturdy in our short use. 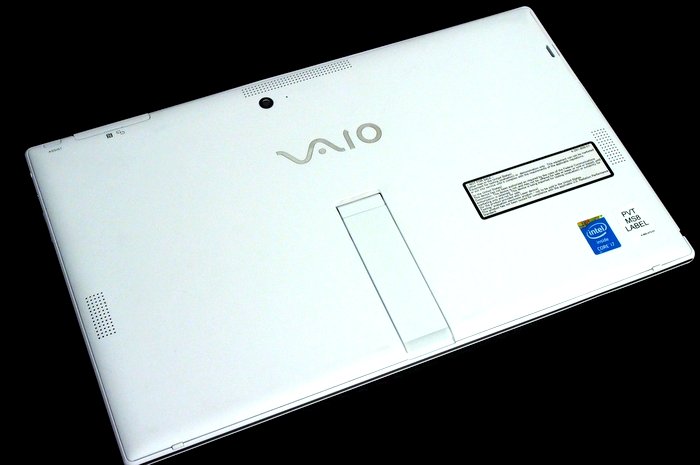 As mentioned, the Vaio Tap 11 features the Triluminos 11-inch display that's found on most of Sony's new flagship devices. On paper, this technology allows the display to show a wider range of colors, so that images appear more realistic (or in Sony's words, more three dimensional-like). The technology was first implemented on Sony's 2013 TV line-up as we've shown here, and it has trickled its way down to its latest phones and computing devices. In actual use, you can't help but agree with the description for the Triluminos display. Different shades of the same color that would otherwise be muddied into a single color, can be differentiated easily.

To protect that beautiful display, the Sony Vaio Tap comes with a wireless keyboard that doubles as a cover for the device. It's brushed aluminum on one side, so when it's magnetically attached to the tablet, it gives the Tap a sophisticated look and feel. 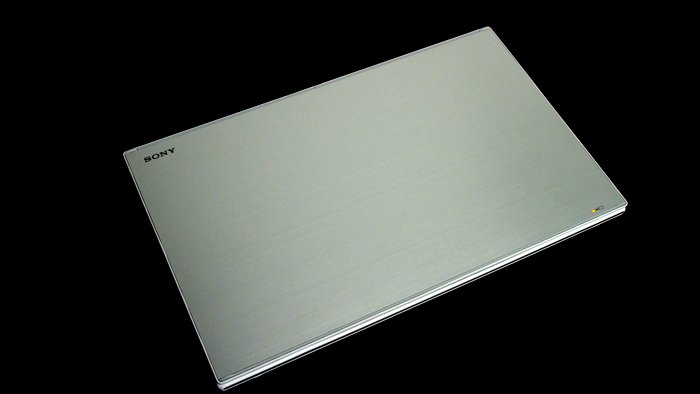 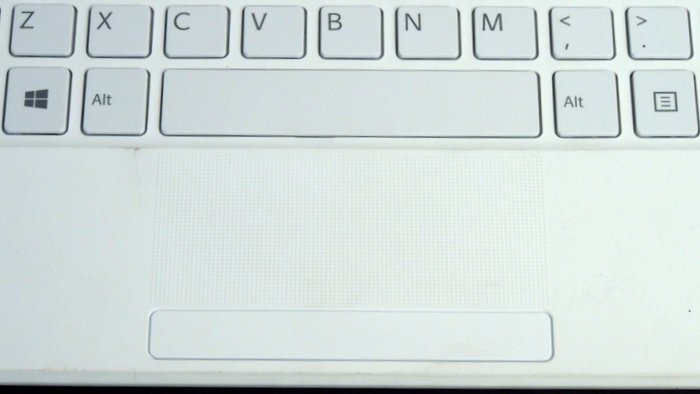 On the flip side of the cover is of course the keyboard, which found it to be well made, despite being plastic. While trialing it, we found its chiclet-style keys were similar in feel to those on the Vaio Pro 13, in the sense that they are just as shallow, but have just the right amount of resistance that allows you to type comfortably. 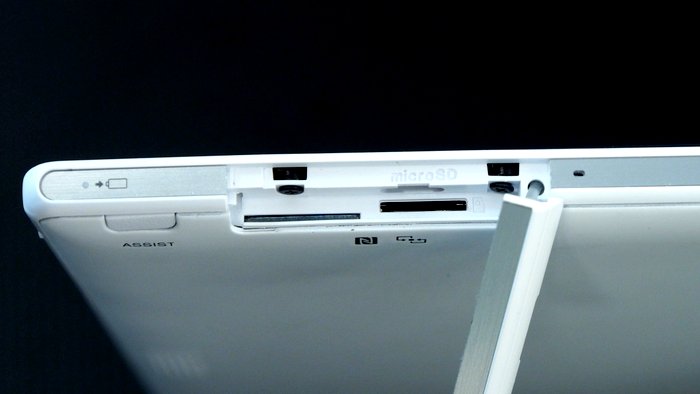 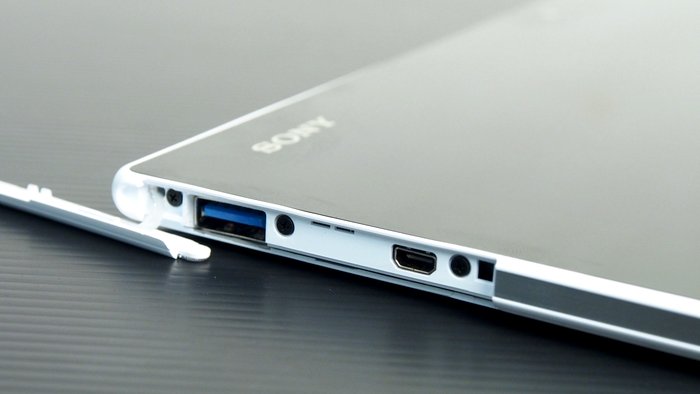 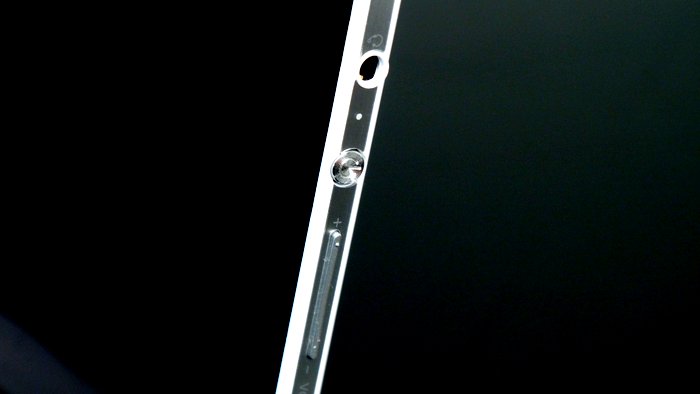 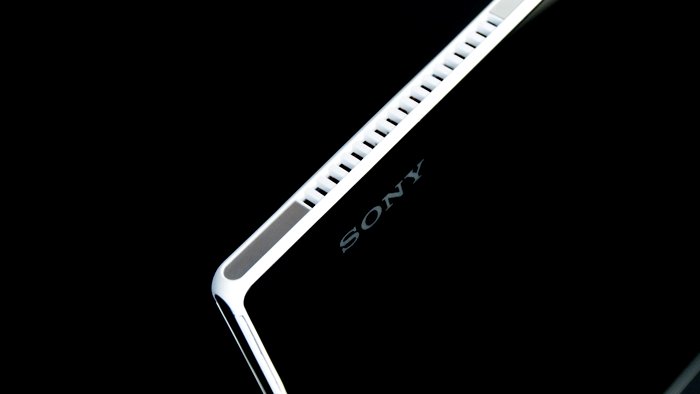 Unfortunately, Sony has declined to divulge just how much the Tap 11 would cost for now, but we should soon get a ballpark figure once it's officially unveiled at the ongoing IFA 2013 expo in Berlin. Stay tuned for more stories and hands-on features direct from Germany!