Say what you want about Apple's Macbook Air, but the seminal thin-and-light (and unofficial Ultrabook) is still *the* laptop that all wannabe-thin-and-light laptops are measured up against. And in the case of the VAIO Pro laptops, nothing has ever been more obvious (except maybe the new HP Envy laptops that clearly look like Apple Macbook Pro clones to everyone but the people marketing them).

The VAIO Pro is considered by some to be the long-awaited heir to the lauded VAIO Z line. Coming in both black and silver, the VAIO Pro will also come in both 11-inch and 13-inch variants.

Even more impressive is that both sizes will feature options for both Intel Core i5 and i7 processors. Given that the 11-inch VAIO Pro weighs no more than a decently sized magazine in the hand (at just 870g),  squeezing a fast chip into a body so thin is an impressive feat of engineering. The 13-inch VAIO Pro weighs a smudge over 1Kg. Storage is taken care of by solid state drives, though the 13-inch VAIO Pro will feature a PCIe-based SSD, for even faster disk performance. Of course, final specifications for Singapore have yet to be finalized.

The body of the VAIO Pro is made with carbon fiber,which helps keeps things light while ensuring structural strength.

Like all of Sony's VAIO laptops launched, the VAIO Pro comes with a touchscreen display, and Full HD resolution too, regardless of whether it's the 11-inch or 13-inch model.

In an interview with Sony executives, the question was raised of why Sony was content to stick to Full HD resolution displays, instead of going towards retina-class display technology like the Toshiba Kirabook. Shigeki Mori, General Manager for Sony's Planning of VAIO & Mobile Business Group says that the reason was more of an issue with how Windows 8 scales on displays with higher resolutions beyond Full HD. While Retina-class displays are nice to look at, the lack of proper support in a great many apps and programs for resolutions higher that Full HD leads to a user experience compromise, and one that Sony isn't comfortable with taking.

The VAIO Pro is expected to be made available in Singapore towards the end of June. 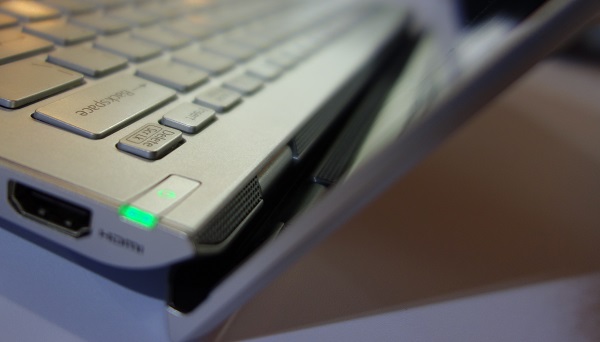 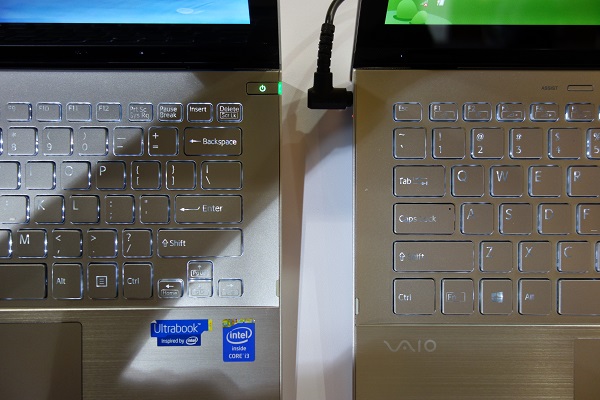 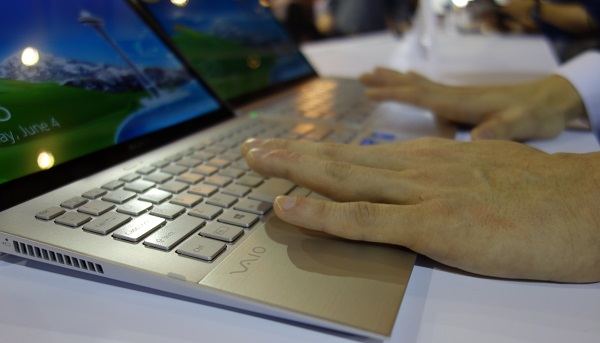 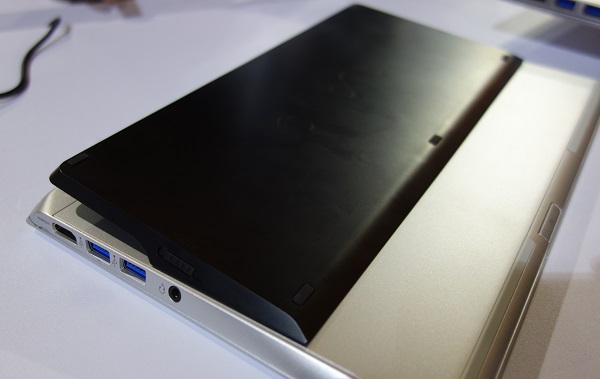